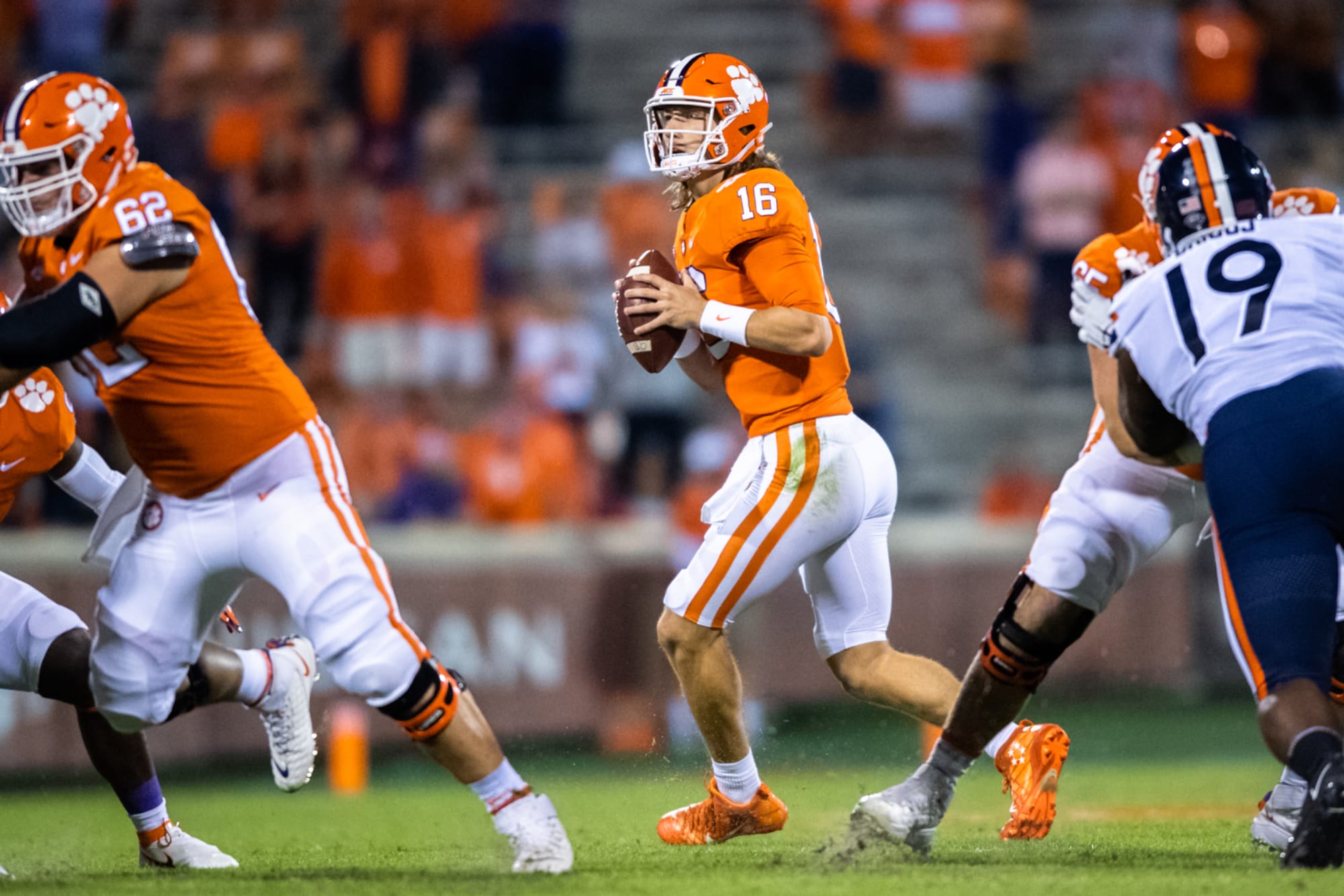 In his introductory press conference, Scott Fitterer said that he believes in adding a quarterback every offseason, and this certainly matches with the approach that Seattle took that ultimately landed them Russell Wilson, as well as how they have used the back-up spot(s) behind Wilson since 2012. While the Panthers have already made one move this offseason by trading for Sam Darnold, a second roll of the dice should absolutely not be ruled out.

While there is a very real chance that the Panthers could make this addition with their first pick in the draft, depending on how the board falls this is also something they could come back to on day two, day three or even with a UDFA signing. To best understand how each of these paths may play out, we have taken a look at the 2021 QB class. 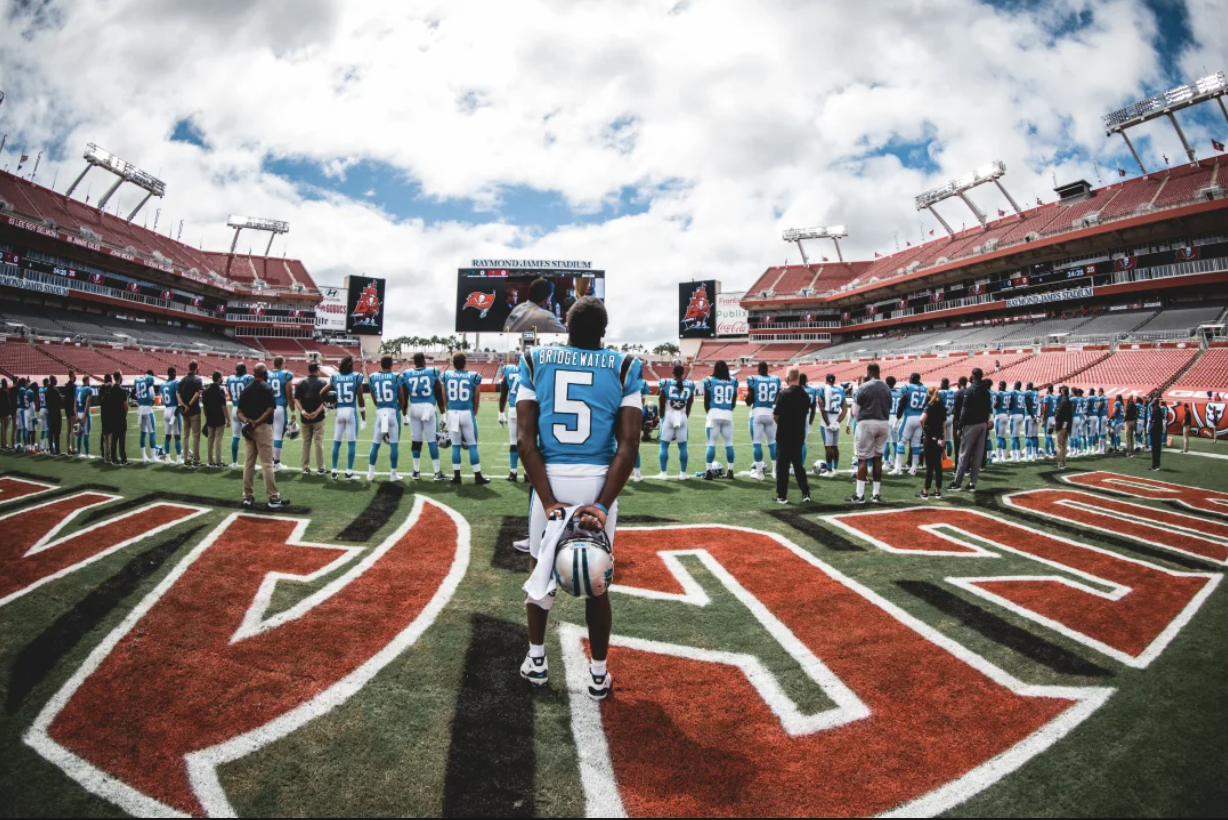 What Do We Look For In Quarterbacks?

In terms of arm talent, players need to have the ability to push the ball down the field, but the velocity they are able to generate on short and intermediate passes is possibly even more important. This doesn’t mean that every throw has to be rifled at the receiver, but that you don’t want to see passes that hang in the air as the windows in the NFL are going to be that much smaller and balls that arrive late are going to run the risk of getting picked-off.

Being accurate is also very important, and the better prospects will show not just to the ability to hit the receivers as and when they come open, but to also show the accuracy to throw receivers open at different levels of the field. This means putting the ball where on the receiver can catch it, or where it naturally leads the receiver into a chance to gain the maximum number of yards. Touch is also important, which is essentially the ability to judge vertical windows and drop the ball over defenders or time the arrival of the ball with the arrival of the receiver on vertical routes. 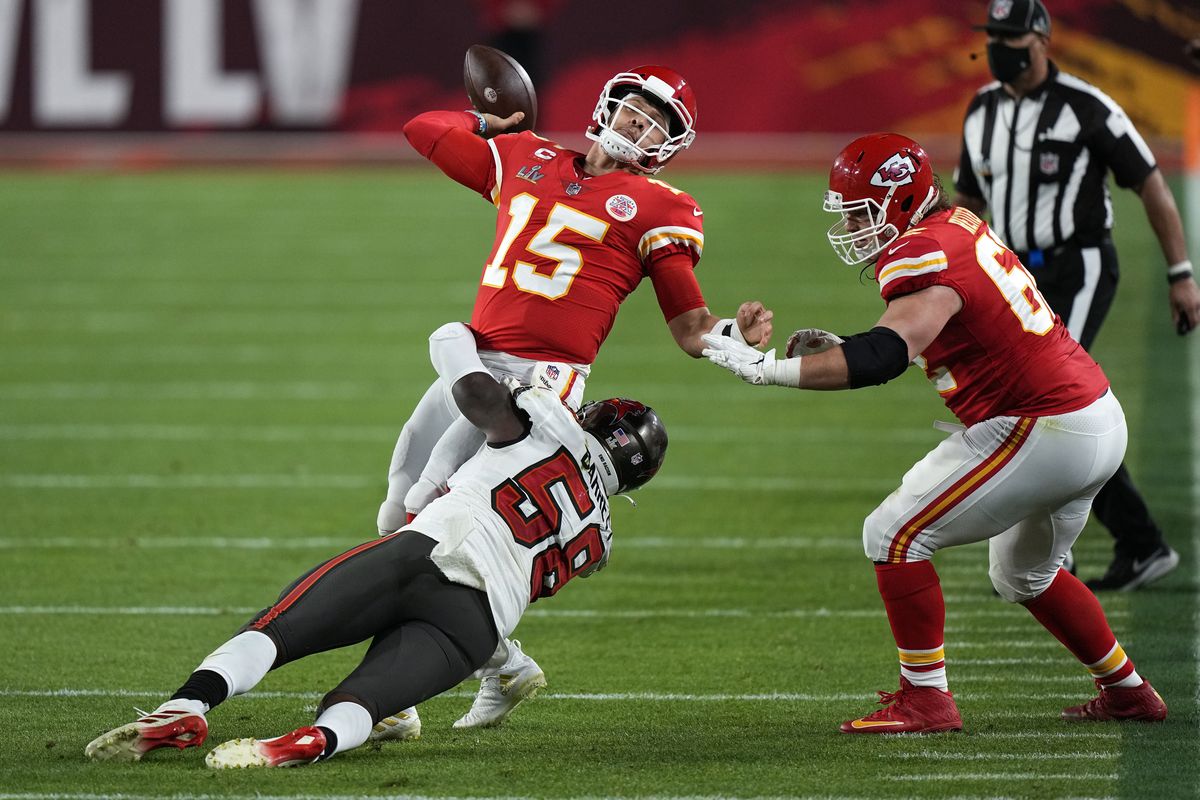 As important as those physical tools are, players who aren’t able to master the mental side of the game are going to struggle. While there is always a level of projection for college quarterbacks in this regard, prospects should show the ability to quickly and accurately work through reads and make good decisions with the ball. Ultimately, no player is going to be perfect in this regard, but the faster and more accurate the better. Players who are able to anticipate which routes will come open are especially valuable.

Players can also add value with their feet, both in terms of their ability to move and avoid pressure within the pocket, their ability to escape the pocket and either create time to throw or scramble for added yards or, in rare cases, be a proactive weapon in the running game. 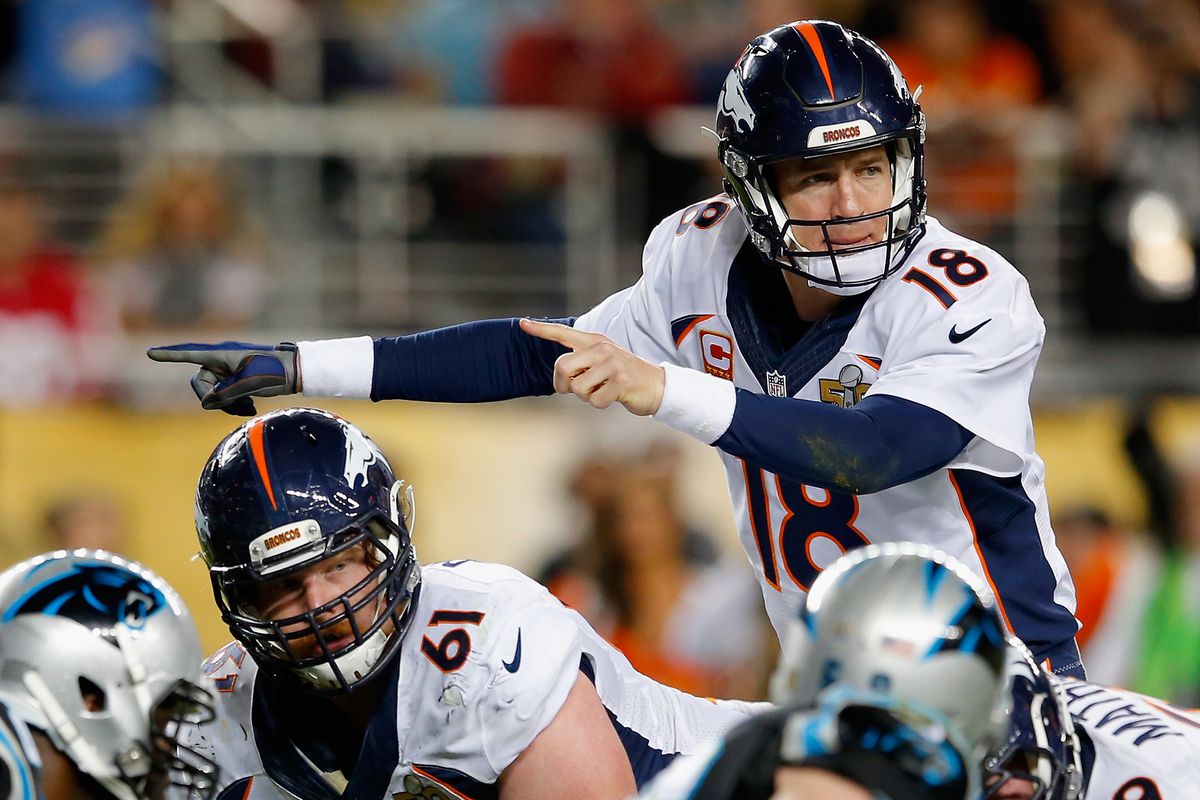 There are different ways of being an effective NFL quarterback, Pat Mahomes and Drew Brees have both been excellent NFL quarterbacks but are very different players. Players need to be able to reach certain benchmarks in terms of arm talent and decision making, but elite arm talent can compensate for the lack of elite anticipation and elite anticipation can compensate for the lack of elite arm talent.

So, with all that said, what does the 2021 quarterback draft class look like? 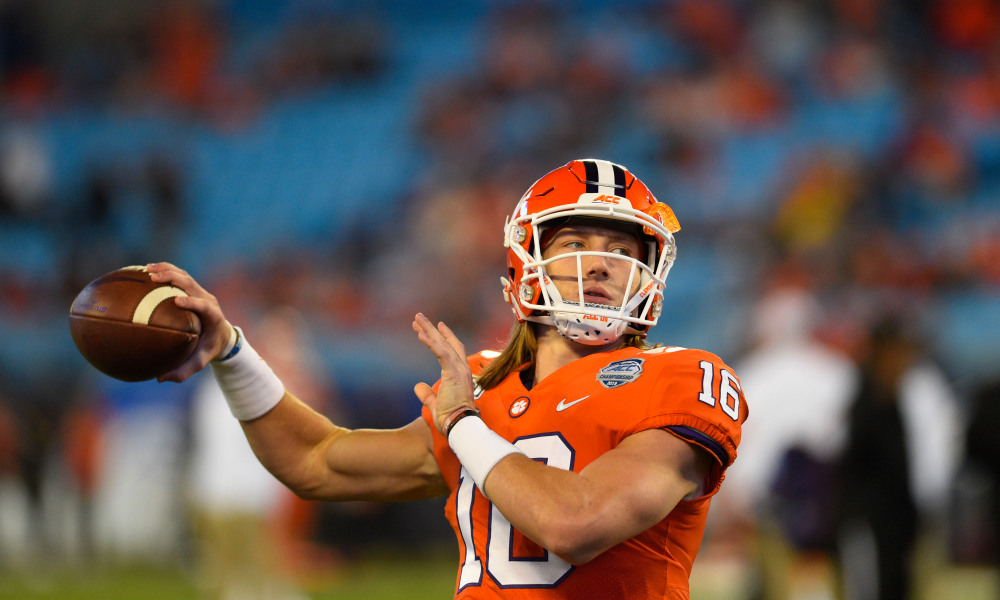 This shouldn’t come as a surprise, but Trevor Lawrence is very good. He has as good an arm as any player in the class, and while Clemson’s scheme did a lot of work for him in terms of decision making, he executed at a consistently high level. There are occasional plays where he appears to miss defenders when working through reads, but these are occasional. Lawrence might not end up being the best quarterback from this class, but his floor is far higher than those with similar upside. 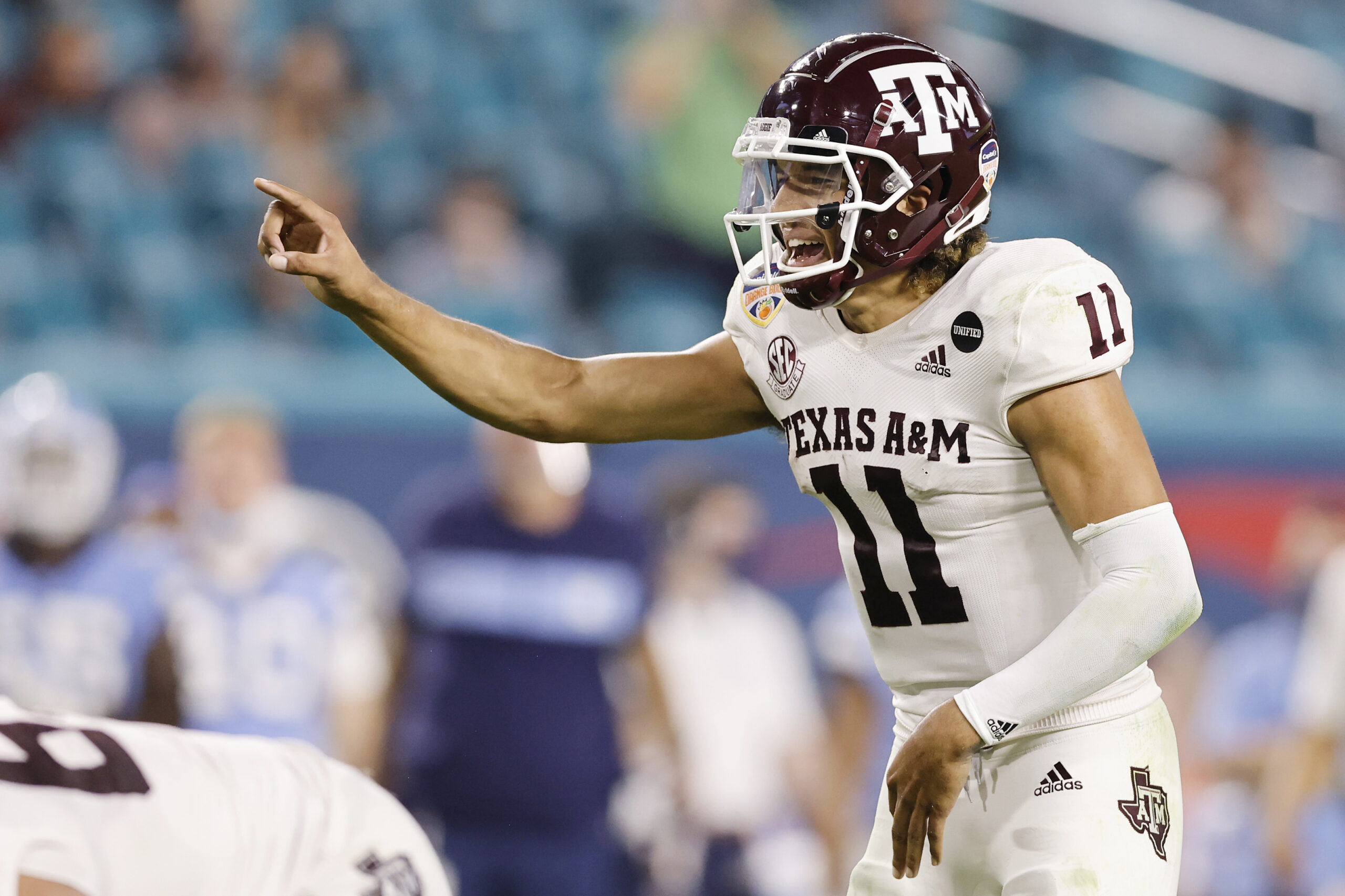 MIAMI GARDENS, FLORIDA – JANUARY 02: Kellen Mond #11 of the Texas A&M Aggies directs the offense against the North Carolina Tar Heels during the second half of the Capital One Orange Bowl at Hard Rock Stadium on January 02, 2021 in Miami Gardens, Florida. (Photo by Michael Reaves/Getty Images)

Justin Fields is one of those players who have the upside to challenge that of Lawrence, but while some concerns about his processing are overblown, they are not completely false. He does take too long to move on from reads at times, and there are more mistakes than you’d like to see, especially when working at speed, but his decision making on the whole is good and some of his issues can be explained by what he is being asked to do rather than what is a fundamental limitation. Teams will need to be confident in his ability to continue to develop, but he has as the best shot to be a franchise QB of those not called Lawrence.

Kellen Mond is higher here than in some other rankings, and that is in part because his arm talent appears to be somewhat underrated league-wide (possibly in part due to his somewhat strained posture) and in part because there are more questions surrounding some of the other ‘top’ quarterbacks. Mond needs to show that he has the touch to hit vertical windows down the field more consistently, and does occasionally appear to get locked onto reads, but he has as high a floor as any quarterback in this class and enough upside to make him a potential franchise QB. 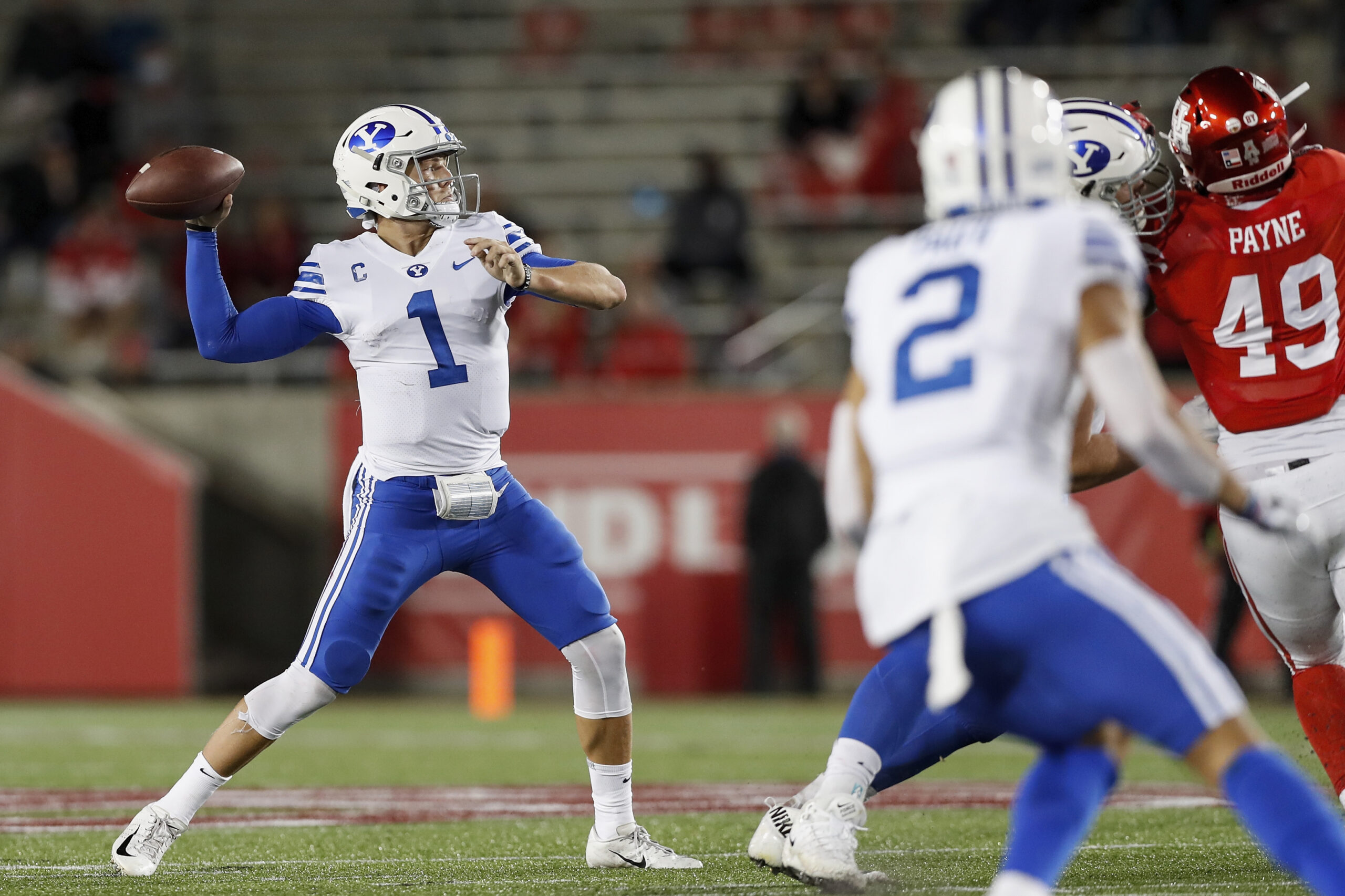 HOUSTON, TEXAS – OCTOBER 16: Zach Wilson #1 of the BYU Cougars throws a pass in the second half against the Houston Cougars at TDECU Stadium on October 16, 2020 in Houston, Texas. (Photo by Tim Warner/Getty Images)

Mac Jones definitely has some limitations, and he is likely going to need a good team around him at the next level to win Super Bowls, but his arm talent is better than some seem to think, and he makes good decisions with the ball. For him to reach the upper tier of quarterbacks he will need to develop a mental mastery of the game that few have reached (think Manning, Brees, Brady) and while this isn’t completely impossible, his likely ceiling is more in the mid-tier range of starting quarterbacks.

Zach Wilson is much lower here than elsewhere, and while he has some really flashy throws on tape, there are also more misses than you’d like to see, especially when unable to drive through his shoulder, and his ball velocity and deep ball touch are far less consistent than his flash plays would suggest. On the mental side of the game, he shows some nice anticipation at points but also is too content to throw contested passes and misses open receivers more often than he should. There is certainly a lot of talent to get excited about, but the floor is much lower than some seem to think. 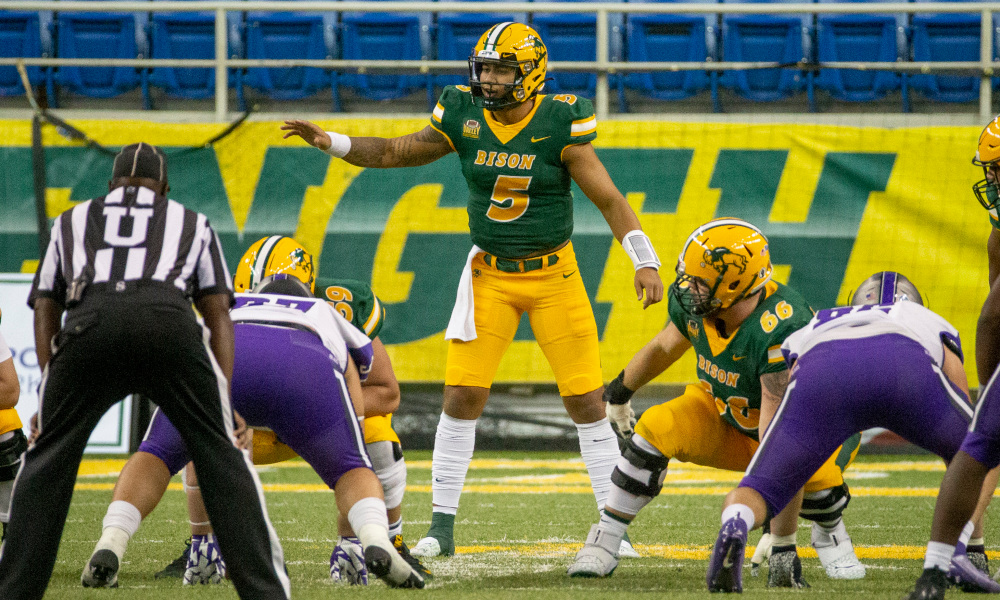 Kyle Trask has fallen out of the top prospect conversation after some poor game late in the season, and while he likely won’t be a high-quality starter at the next level, he has the potential to be a long-term piece if surrounded by talent. His arm isn’t in the top tier but it’s still strong enough to make all the throws and he is accurate. He does pre-determine too many of his reads, however, and while his processing speed is good that does seem to come at the cost of more poor decisions than is ideal.

Trey Lance is another who is much lower here than elsewhere, and that really comes back to the fact that there are an awful lot of unanswered questions about his game. He has the arm talent to rival anybody in terms of velocity and arm strength, but he is not as accurate as those above him on the list. While he didn’t make many outright bad decisions, he is too content to throw contested passes, misses too many open receivers and needs to work through reads more quickly. He is still very young, and the upside is definitely there, but his value is all tied to what he can become. Interviews will be key for a full evaluation. 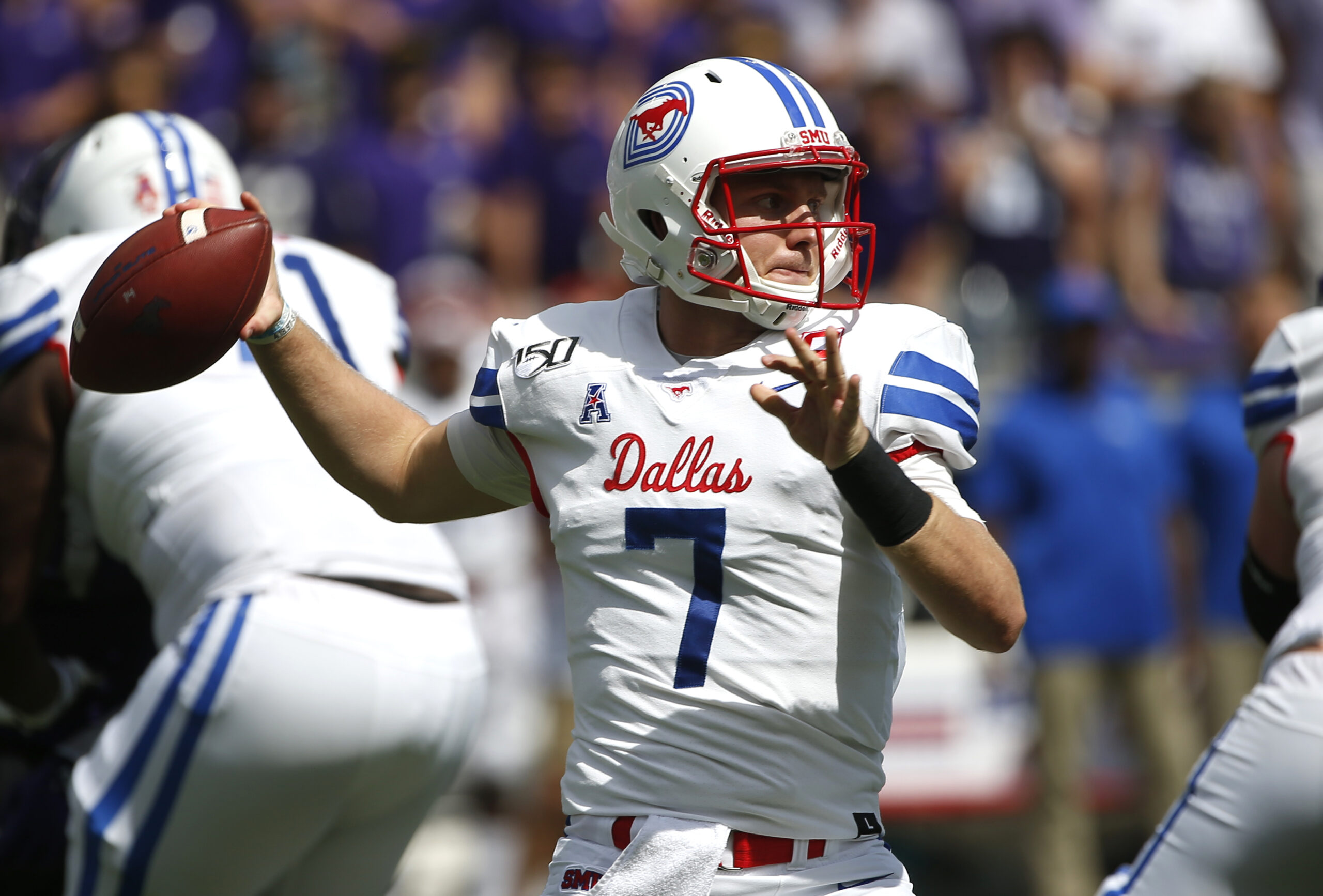 SMU quarterback Shane Buechele (7) throws against TCU during the first half of an NCAA college football game Saturday, Sept. 21, 2019, in Fort Worth, Texas. (AP Photo/Ron Jenkins)

While all of those top seven quarterbacks are likely to be gone at least by the middle rounds, the Panthers do also have some options on day three. The best of these is Shane Buechele, who has a pretty good arm and makes good decisions on the whole, but who lacks the absolute upside of some of the top quarterbacks and will be more reliant on being able to transfer his decision making to a more pro-style scheme in order to see the field.

Outside of him, there are some more pure developmental options such as Jamie Newman, but he is another whose tape is more error-filled than you would like to see and will likely take at least a year before he is ready to see the field. 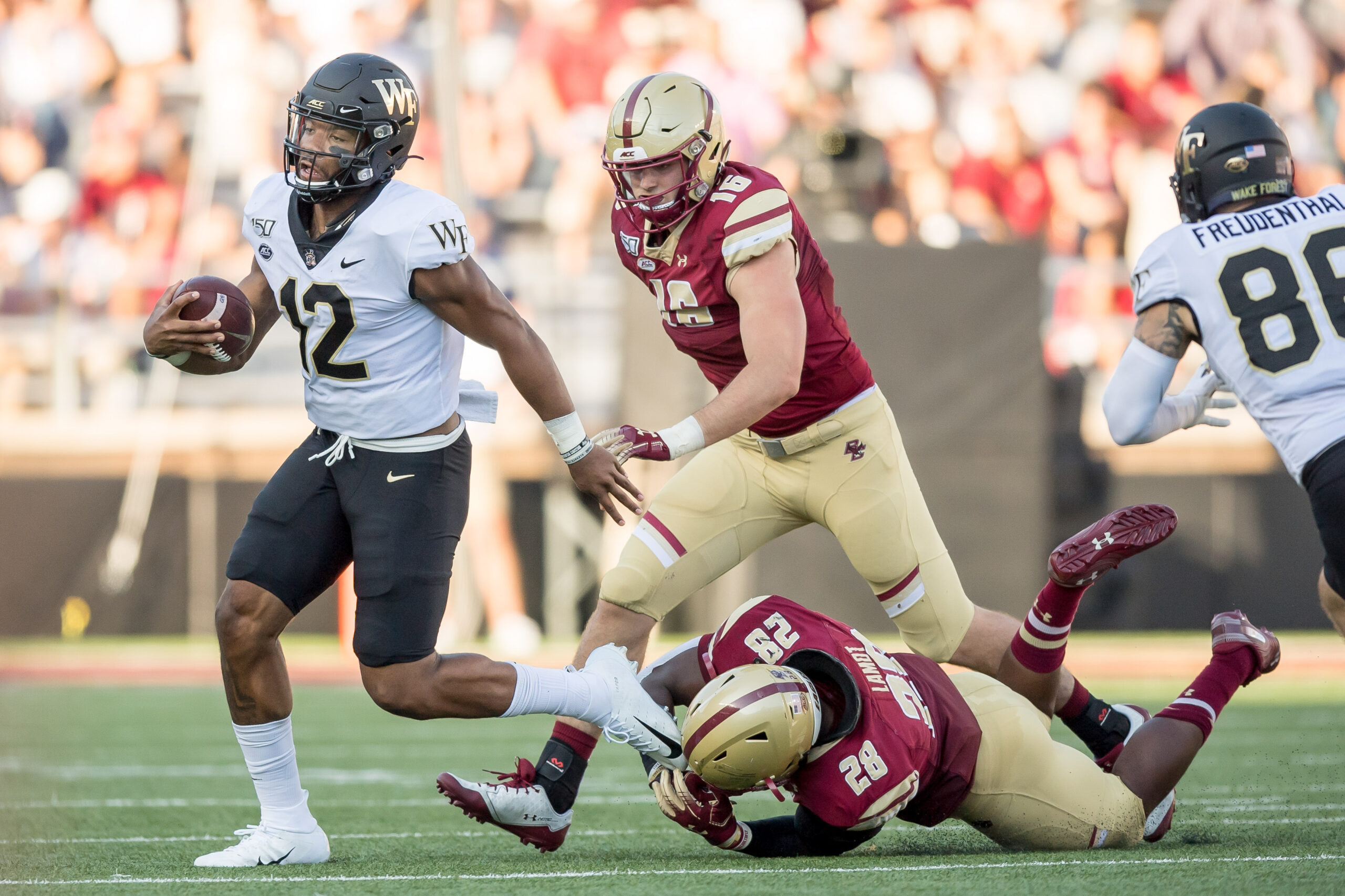 For the Panthers, there are more options who have franchise QB in this class than any in recent memory, and they would likely hope that the board falls in such a way that they will be able to take one of the top seven quarterbacks at some point where they are happy with the value. That being said, what this draft class has in strength of depth it lacks in terms of very top-tier prospects outside of Trevor Lawrence. The odds are that one or maybe two of Fields, Lance, Wilson, Trask, Jones and Mond turns into a top-10 quarterback in the NFL, but which one it is is hard to say for sure.

Interviews are always a crucial part of evaluating quarterbacks, as how they decision making process works cannot be fully probed on tape, but in a class with as much upside and as little floor as this, that is going to be more important than ever.