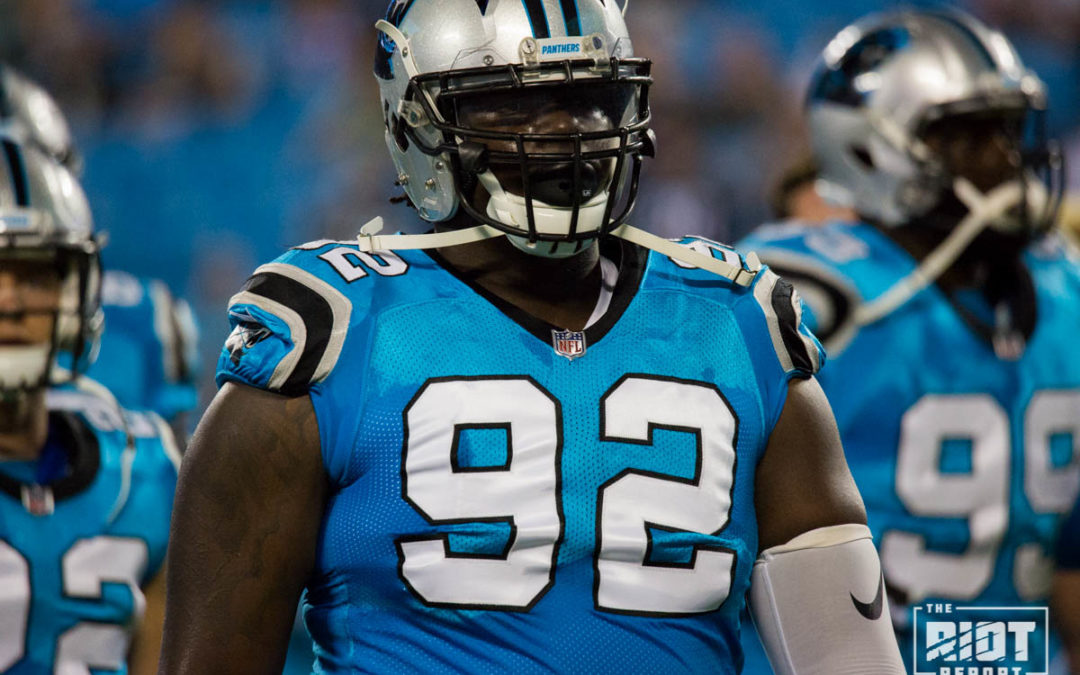 With Star Lotulelei’s return to the Panthers questionable for the 2018 season, 2016 first-round pick Vernon Butler should be expected to see the field a lot more than he has during his first two seasons with the Panthers; the former 30th overall pick has played in 24 games but has made no starts and has made just 26 tackles in his short career. While these numbers are not exactly awe-inspiring, it should not be a huge surprise that he wasn’t able to establish a bigger role on a team that boasted arguably the best pair of starting interior defensive linesmen in the NFL. However, a first round pick can only fail to produce at a high level for so long before the ‘bust’ moniker begins to circulate, and for Butler, his third season will play a large part in determining whether he can live up to that first-round hype.

Butler certainly wouldn’t be the first player to take some time to establish themselves in the NFL, even for those without established stars ahead of them on the depth chart, the learning curve for NFL prospects is steep, especially for players like Butler who enter the NFL as developmental projects. Historically, there has been an expectation that college players will need to show their value in their first two seasons in order to merit hanging around on an NFL roster, but as Dave Gettleman spoke to last offseason, with college prospects increasingly entering the NFL at a lower technique level, that time period is now closer to three years than two. While the timing in terms of Star’s pending free agency might be more luck than long term precise planning, this year was likely to be an important one for Butler regardless; with this in mind, what has Butler shown on tape so far that might indicate how he might adjust to the increased role?

The Power and The Glory

Butler might not have filled the stat sheet with tackles-for-loss or sacks, but on tape his impact is more significant. Unsurprisingly for a tackle listed at 330 pounds, he shows good power in both the run and passing games, allowing him to push pockets and penetrate against the run. On the following play, he is able to drive his blocker back into the path of the running back, which in turn leads to a tackle for a loss.

What is also very encouraging about this play is how he is able to maintain a good pad level, which in turn aids his effective power and his ability to disengage at the end in order to aid on the tackle. This shows not only a natural athletic ability, but also a level of technique and body control that separates him from not only the prospect who he was drafted as but from many defensive linemen in the NFL. He shows this same good hand usage on the following play, where he is again able to effectively disengage and make the play on the ball carrier.

These plays don’t necessarily jump off the screen, and while he probably isn’t at the same level as run-stuffing specialist Lotulelei, there are clear signs of both his massive athletic potential and the more subtle technique work that he lacked when entering the NFL. A good comparison to a more well-known player might be Devin Funchess; both entered the NFL as highly athletic prospects who flashed the core skills needed to develop technique, but not the technique itself. While neither have quite reached the level that might have been hoped as of yet, both have made improvement year over year and enter 2018 primed to take that step to the next level.

Where Butler may offer a significant improvement over Star, however, is in his ability to get to the quarterback. While his sack production has not been anything special, what these numbers fail to show is how he was able to pressure quarterbacks on a consistent basis. On both of the following plays, he is able to get in the face of the quarterback and in the first case deflect the pass and in the second, force the errant throw:

If he can begin to add some more discrete pass rushing moves to his repertoire, such as Kawann Short’s rip move, Butler should be able to take that step from disruptive pass rusher to genuine sack artist. A key step in Butler’s development will be playing next to Short, something the Panthers didn’t do regularly over the past two years, mostly pairing him with Kyle Love in the 2017 campaign. His ability to act as that run-stuffing one-gap tackle will be crucial in allowing this pairing, but if he can do this, the potential impact on passing downs could be huge. By forcing teams to pick between doubling Butler and Short, Butler could get more looks like he did on the plays above, allowing him to work one-on-one against a guard inside.

The Panthers would be foolish not to add somebody to replace Star should he leave during free agency, but it seems clear that if Lotulelei does leave, Butler is primed to take over the starting role and should he be able to hold his own on rushing downs, this could see the Panthers take a step forwards as opposed to a step back in this area. However, should Butler struggle in his new found role, the amount of time the Panther should be willing to wait for him to take that step could well be running out.