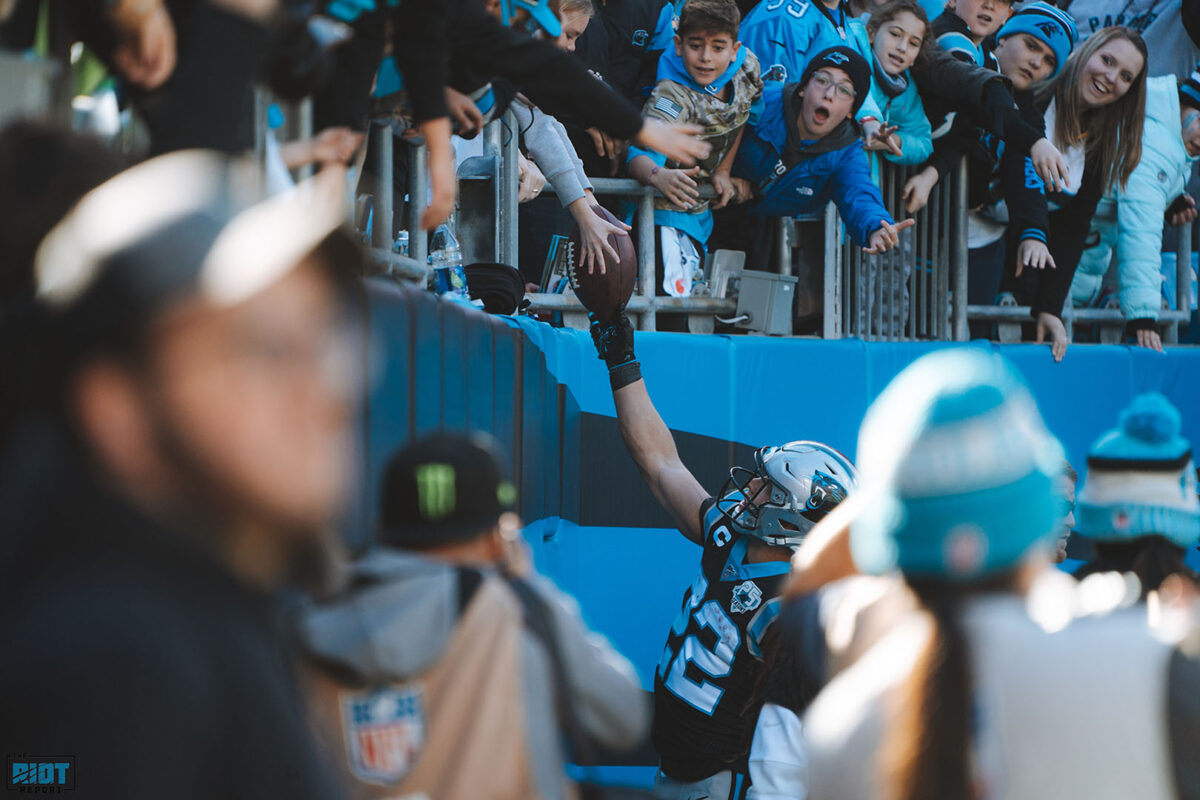 Coming off a 7-9 season, the Carolina Panthers were optimistic heading into what might have been their final training camp held at Wofford College in Spartanburg. The main reason for their optimism – they were getting their starting quarterback back fully healthy and ultimately, the health of Cam Newton is where the story of the Panthers 2019 season both begins and ends.

After having his second shoulder surgery in three years, the Panthers franchise QB appeared ready to return to form – after commenting that he was “too old to change” on the eve of his 30th birthday, Newton entered training camp and immediately broke Panthers Twitter with a 40-yard bomb to Curtis Samuel during the first open practice – an answered prayer after he struggled to complete a deep pass through a 1-7 second half of 2018.

“Cam Newton is the guy we’re going to be depending on – he’s the talent,” David Tepper said before the season began. “But it would be foolish of anyone to say that you’re not having an awareness of what can be potential things of what can happen through the year.”

During the first two games of the preseason, the Panthers decided to sit Newton to avoid him taking any unnecessary hits, but in the dress rehearsal for the regular season, the stage collapsed around the Panthers.

In the first quarter of their third preseason game, Newton suffered a foot injury at Gilette Stadium while trying to avoid the rush on an eventual sack by Patriots defensive tackle Adam Butler; at the time, many thought Newton’s injury wasn’t a huge deal, but it would end up handicapping the Panthers for the rest of the season. 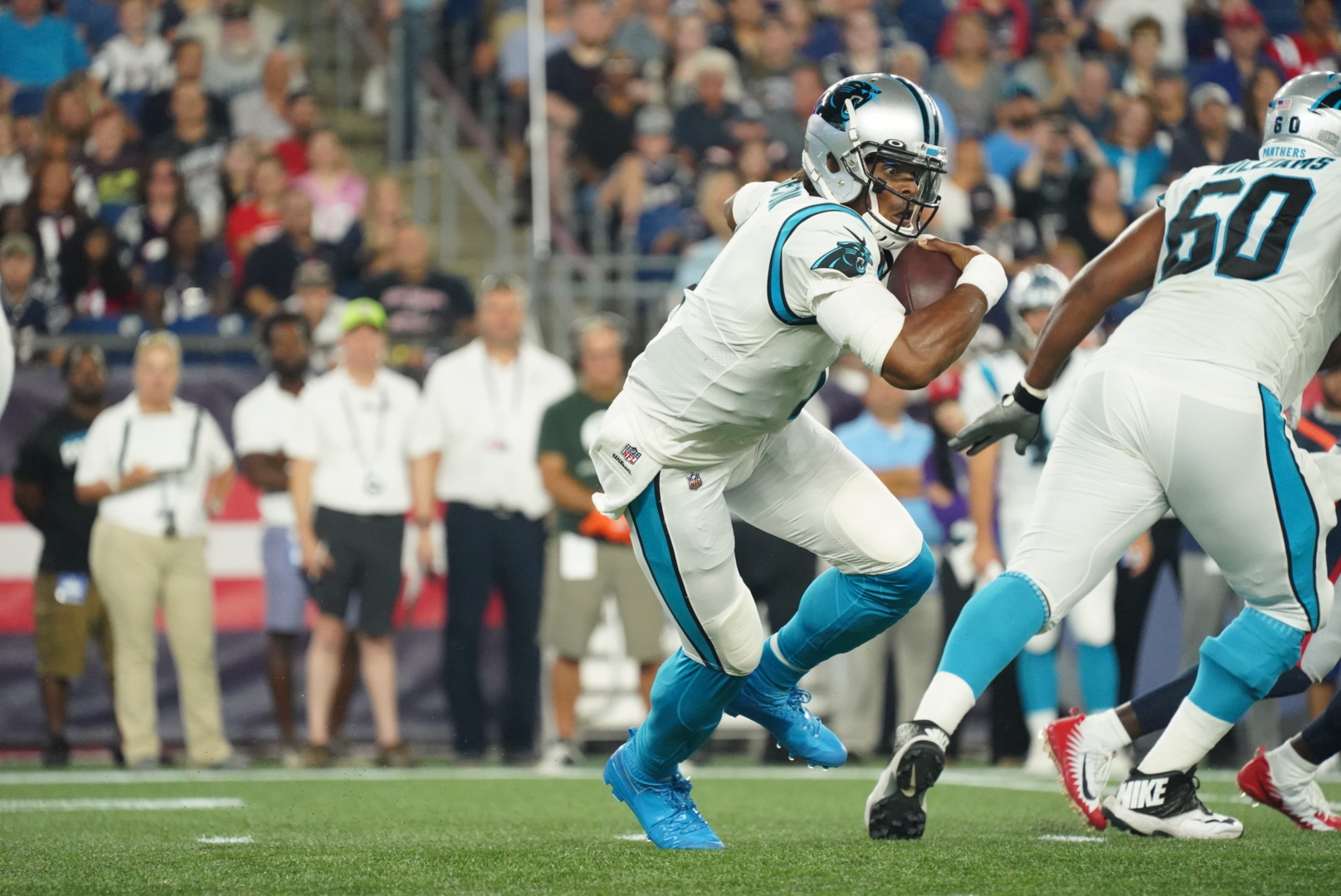 However, Newton did play in the Panthers first two games of the season against the Los Angeles Rams and the Tampa Bay Buccaneers – while Ron Rivera says he wouldn’t have handled it differently in hindsight, Newton’s foot would certainly affect his play in the team’s first two contests. Against the Rams, Newton completed 25-of-38 passes for 239 and one interceptions in the 30-27 loss; four days later against the Buccaneers, Newton also failed to throw a touchdown pass as he was 25-of-51 for 333 yards.

Newton wasn’t clearly himself as he carried the ball only twice during his two starts. With the game on the line against the Buccaneers, the Panthers decided to run a direct snap to Christian McCaffrey on a fourth-and-1 play, but Vernon Hargreaves stopped the play with 1:22 left to give Tampa Bay the victory and drop the Panthers to 0-2.

After rushing for zero or negative yards only twice in his first eight seasons, he had done it twice in two weeks.

“I feel OK,” Newton said after the Thursday night game that turned out to be his final start of 2019 when asked if he felt comfortable running the ball. “You’re not going to hear no type of reasons why tonight didn’t go as planned. I have to be better. No matter what physical condition I’m in, no matter what foot or shoulder, I didn’t get the job done tonight. It’s frustrating, and I wish I could say something other than that but that’s the facts.”

“No, his foot is not such that we don’t trust. Don’t even worry about the foot,” bristled Ron Rivera when questioned after the game about his quarterback rushing only two times against the Bucs. “The foot has nothing to do with it.” 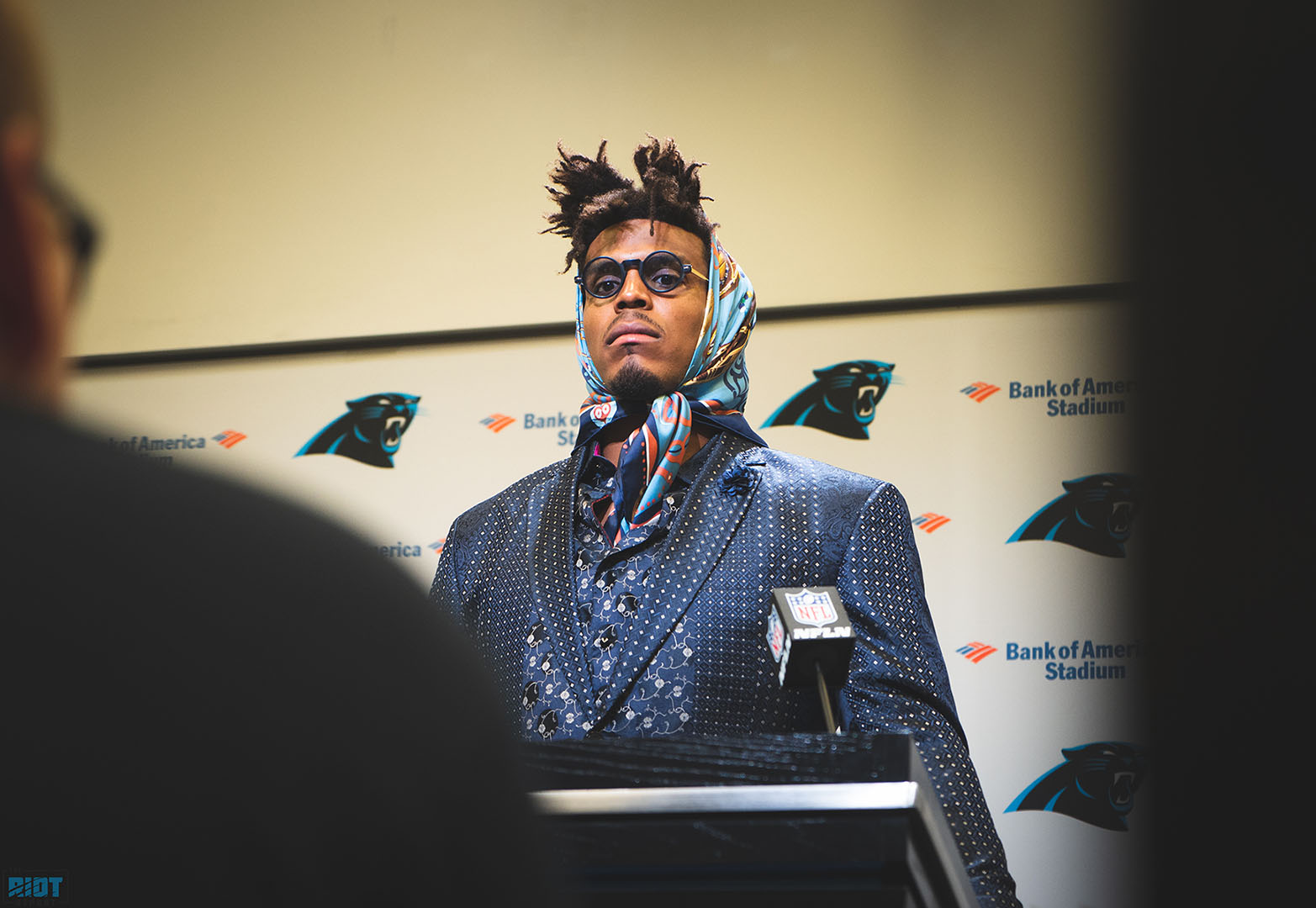 Three days after saying he felt OK, Newton wasn’t available to practice, with GM Marty Hurney calling Newton day-to-day after aggravating what was originally called a mid-foot sprain and later revealed to be a Lisfranc injury that would ultimately keep the Panthers franchise quarterback on the sidelines – or rather, out of view, as he would only step between the white lines once more in 2019 to do a brief warmup in San Francisco in Week 8. Almost three months after suffering the original injury, Newton had surgery to repair the foot after the team placed him on injured reserve.

The Panthers lost multiple players to injury throughout the season – Newton and defensive tackle Kawann Short, both captains, would only play two games each. Second-round pick Greg Little, expected to be the starter at left tackle, would only start three games; Dontari Poe and Greg Van Roten would both go on IR after Week 12. DJ Moore would finish his sophomore season with 1,175 yards on 87 catches even as he missed the final game of 2019 with a concussion.

Newton finished the 2019 season with 572 yards passing, no touchdowns and an interception with a 56.2% completion percentage in only two games. In Newton’s place, Kyle Allen, who led the Panthers to a victory in the team’s season finale of the 2018 season, started the next 12 games. The early results with Allen under center were excellent.

Allen won the backup job during a training camp competition over third-round pick Will Grier, who would spend the first two weeks of the season as the team’s emergency quarterback and the next 12 as the backup.

After starting the season with two losses, the Panthers won their next four games with wins over the Arizona Cardinals, Houston Texans, Jacksonville Jaguars and the Buccaneers in London. During those games, Allen threw for 901 yards, seven touchdowns, and zero interceptions as the defense forced 14 turnovers in four games. However, things would prove to be more difficult after the Panthers bye week. 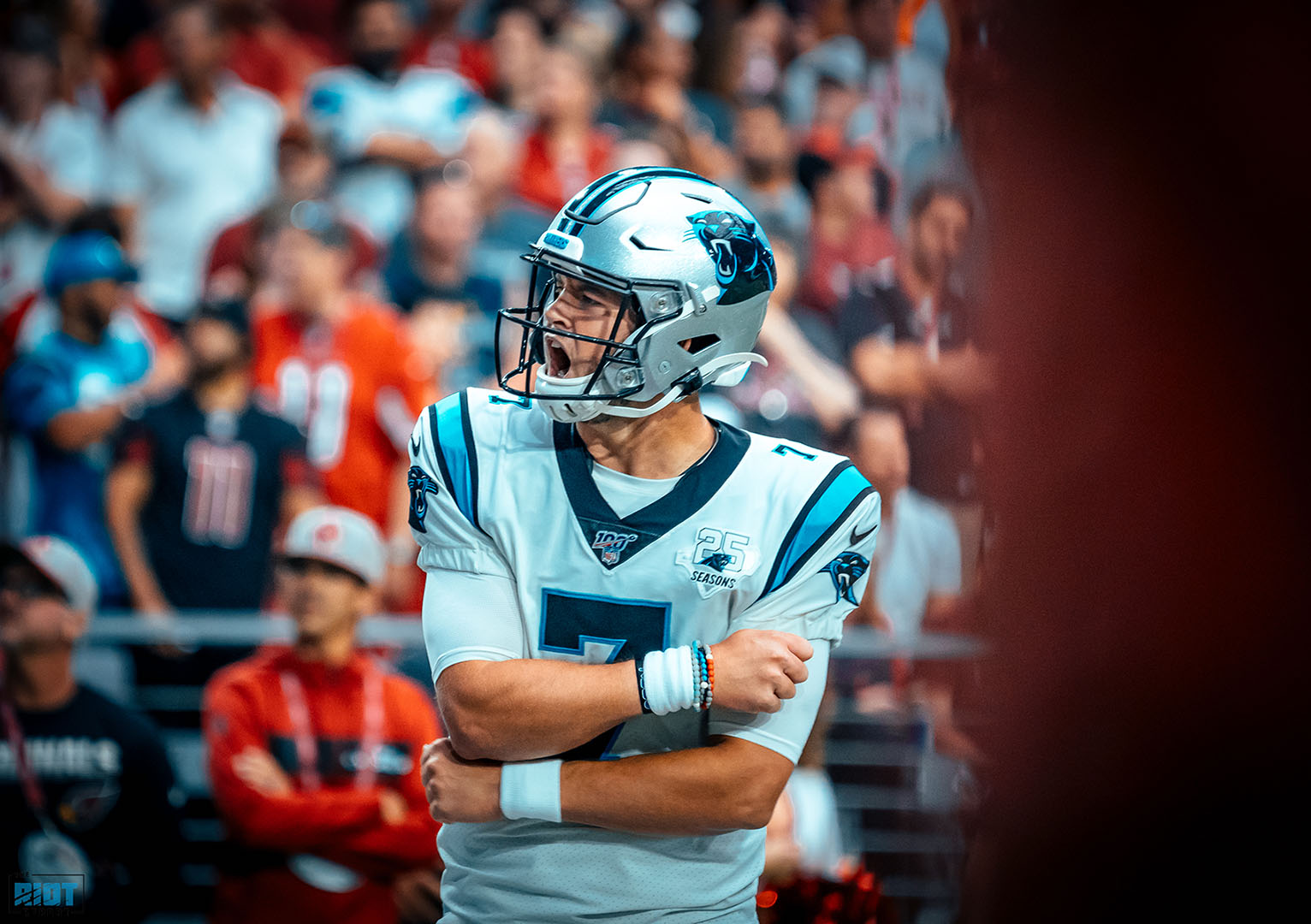 In Week 8, Allen and the Panthers would suffer a humiliating 51-13 loss to the San Francisco 49ers. Allen, who entered the game with no interceptions on 153 career attempts while winning his first five starts, threw three interceptions and was sacked seven times and although Carolina would win the next week against the Tennessee Titans 30-20, things would go from bad to worse for Allen and the Panthers.

The Panthers would lose their next four, including an embarrassing 29-3 loss at home to the division rival Falcons and then two weeks later, culminating in an 29-21 loss to the Washington Redskins in which they led 14-0 in the first half and ultimately lost to a rookie quarterback and a team that will be drafting in the top five.

Two days later, the Panthers would fire Ron Rivera with four games left in the season.

“That was an emotional conversation for me,” Panthers owner David Tepper said, making clear that he made the move so that he could begin the coaching search in earnest without going behind Rivera’s back. “I like Ron Rivera. I consider him a friend. It was an honest conversation. I wanted to tell him, this is what is going on – I want to make this change. I would hope to wait until the end of the year. I don’t want to go and start doing searches beforehand, but I can’t be put at a competitive disadvantage. I have great regard for Ron Rivera. He’s one of the finest guys in this game. Period. Yes he is. That’s not bullshit, that’s the way it is.”

“Sometimes you just have to bring in fresh blood to change it, the culture, because it can’t be done otherwise.” 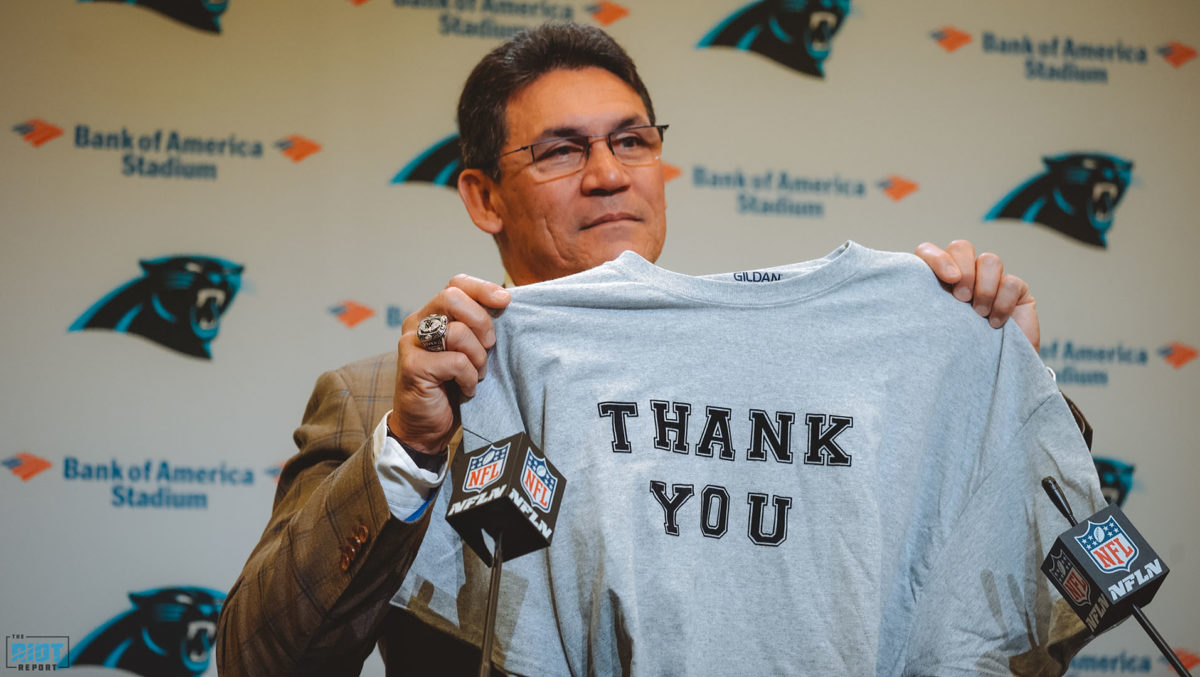 “We are going to take a comprehensive and thorough review of our football operation to make sure we are structured for long-term sustained success,” said Tepper via a release. “Our vision is to find the right mix of old-school discipline and toughness with modern and innovative processes. We will consider a wide range of football executives to complement our current football staff. One change that we will implement is hiring an assistant general manager and vice president of football operations.

“We all must recognize that this is the first step in a process, but we are committed to building and maintaining a championship culture for our team and our fans.”

Rivera took over the playcalling duties on the defensive side of the ball along with going from a 4-3 defense to a 3-4, but the results were less than stellar – to put it mildly. While their pass rush improved and the Panthers spent the season near the top of the list in terms of sack numbers, Carolina allowed over five yards per carry and 22 touchdowns in the first 12 games of the season, which helped contributed to the late-season losing streak; the turnovers that had been so prevalent in the first half of the season disappeared as they would only have two takeaways, both Tre Boston interceptions, in the final eight games of the season.

Ultimately, they tied a dubious record by allowing 31 rushing touchdowns on the season, the most since the AFL-NFL merger in 1970.

While the defense was a disappointment, the pass rushing abilities of Brian Burns could not be denied – the Panthers’ first-round pick would finish the season with 7.5 sacks and a fumble recovery returned for a touchdown as he battled through both a wrist injury and vacillating playing time throughout the season. 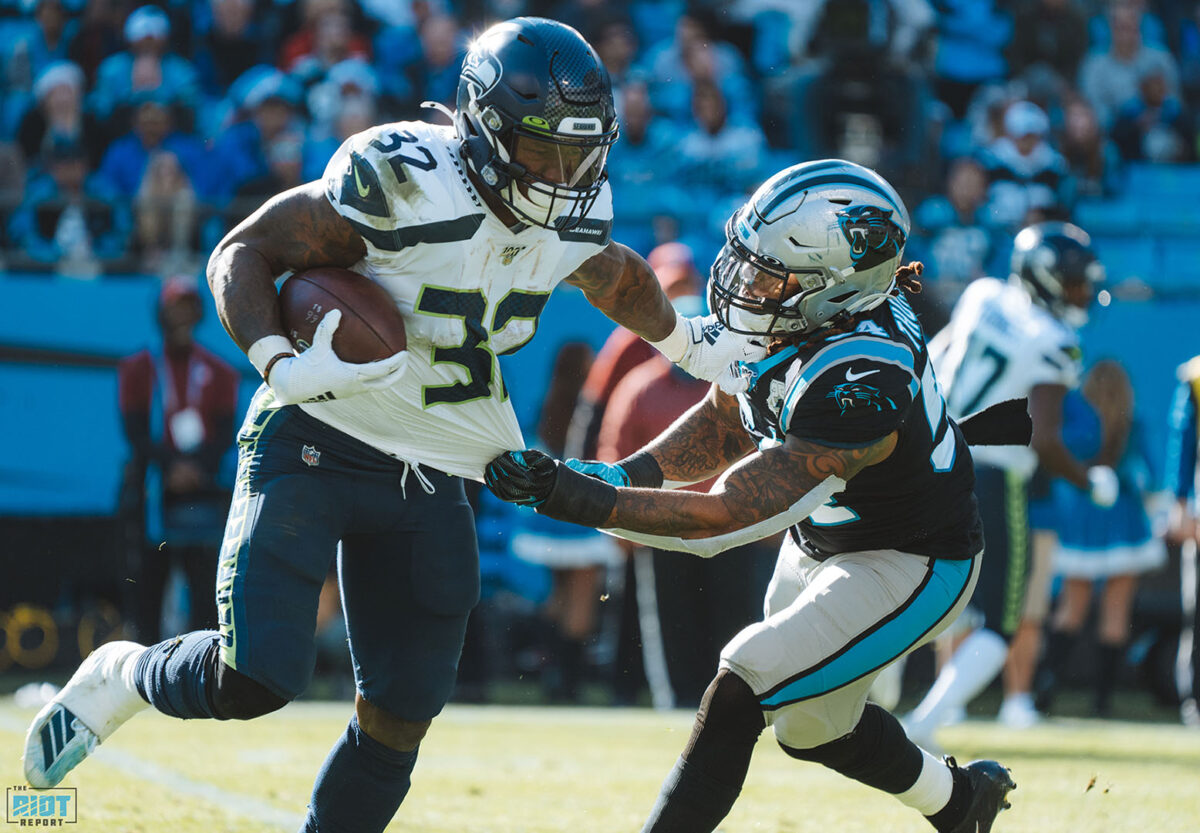 With Fewell in charge, things didn’t get much better during the last four games of the year. Carolina ended the season on an eight-game losing streak, including another debacle at home in their season finale against the New Orleans Saints. In Week 16, Fewell made a change at the quarterback position by benching Allen and starting third-round pick Will Grier.

In the first start of his career against the Colts, Grier finished 27-of-44 for 224 yards, no touchdowns and three interceptions in the 38-6 loss and was sacked five times as he dodged defenders for the better part of the afternoon.

“There’s a lot things, I can take from [this game] and build on,” Grier said after the game. “There are so many things that we have to do better. At the end of the day, I’m going to keep fighting. I’m going to come back to work tomorrow and keep fighting.” 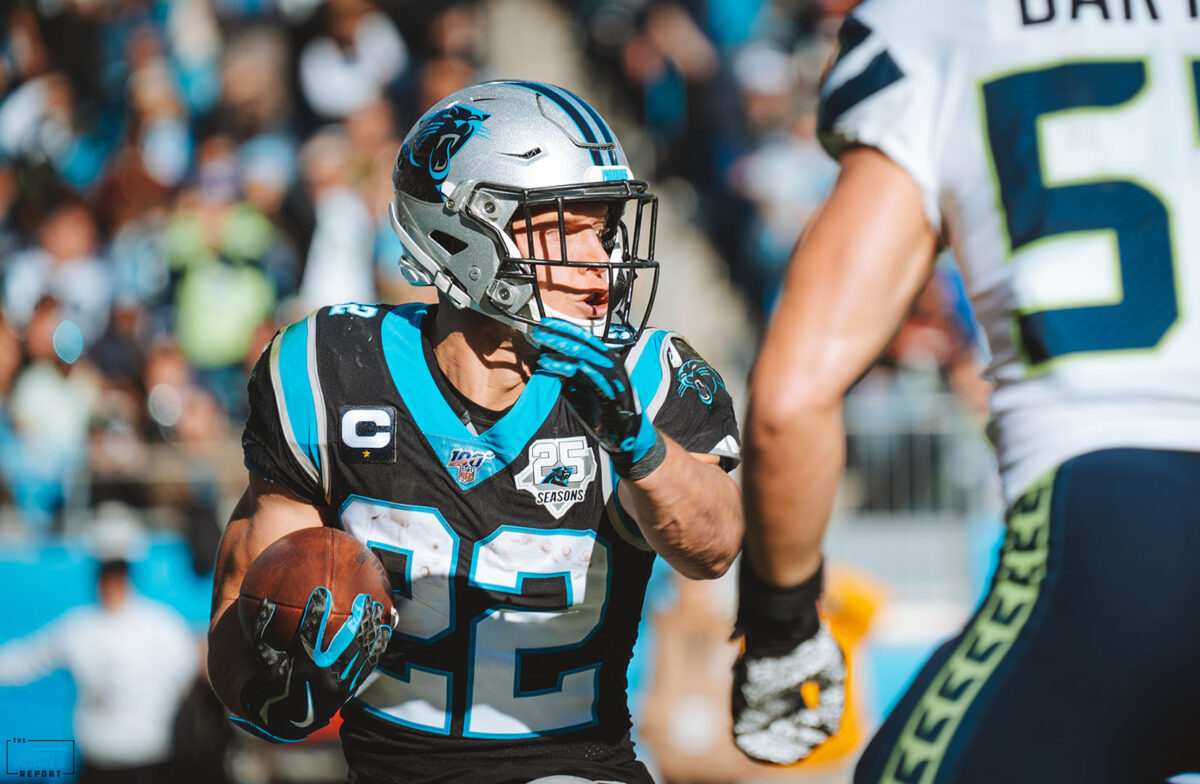 While the season has been an eventful season that fans ultimately will hope to forget, one of the few bright spots in the Panthers’ season was the play of running back Christian McCaffrey.

A 5-11 record in a season in which the Panthers entered it with Super Bowl aspirations certainly qualifies as a disappointment – but ultimately, 2019 will be remembered as the end of the Ron Rivera Era and the crowning of Christian McCaffrey as one of the best players in the league.

“It’s a whirlwind,” said McCaffrey after the Panthers 42-10 loss to the Saints to finish the season. “It’s not what we wanted, it’s not what a lot of people wanted – but you win or you learn and obviously, we lost a lot, but there’s two ways you can go about it. You can mope about it and cry about it and whine, but that does no good, but like I said every week – win or lose, you’ve got to….get back to the drawing board, correct your mistakes [and] capitalize on what you did well and move forward from there.”

“The individual statistics, obviously they’re great and cool and stuff you can look back on and be proud of yourself, but we would love to get this thing fixed and fixed quick.”