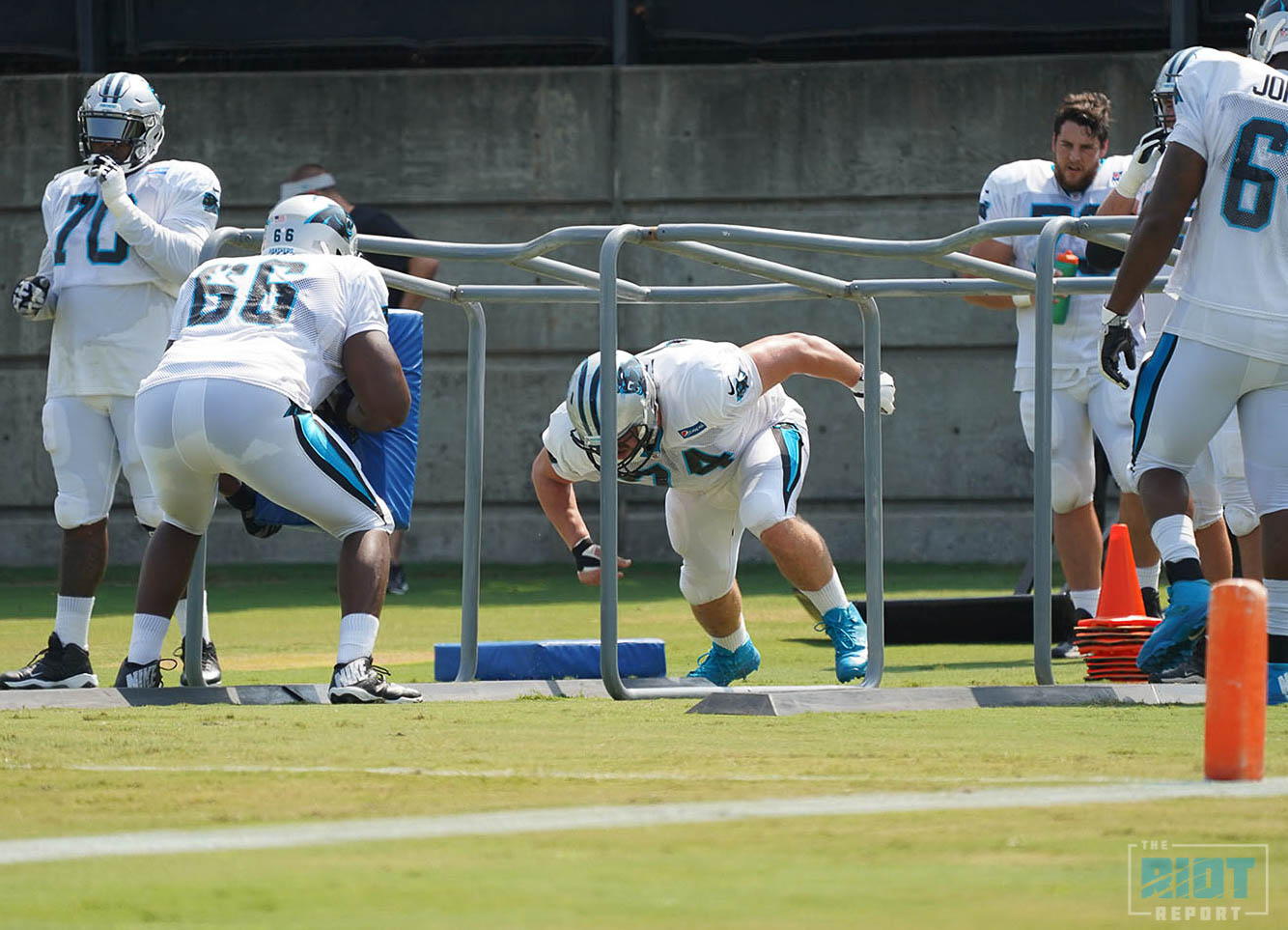 With the NFL and NFLPA agreeing to amendments to the CBA Friday evening that will include no preseason games, a lowered salary cap over the next four years in order to spread the financial hit that the COVID-19 pandemic has caused the NFL and an allowance for 16-man practice squads, high-risk and voluntary opt-outs of participation, training camp is set to begin in earnest next week once veteran players report to team facilities.

“The NFL clubs and the NFL Players Association approved an agreement that broadly resolves all outstanding issues relating to the opening of training camps and start of the 2020 season,” NFL Commissioner Roger Goodell said in a statement. “Training camps will begin as scheduled.”

“We have worked collaboratively to develop a comprehensive set of protocols designed to minimize risk for fans, players, and club and league personnel. These plans have been guided by the medical directors of the NFL and the NFLPA and have been reviewed and endorsed by independent medical and public health experts, including the CDC, and many state and local public health officials.”

“The season will undoubtedly present new and additional challenges, but we are committed to playing a safe and complete 2020 season, culminating with the Super Bowl.”

While the overriding sentiment on social media Friday night was “FOOTBALL IS BACK!”, in the age of COVID-19, this training camp – and in due time, the regular season – will look very different than in years’ past, which saw players in padded practices sometimes as soon as three days after reporting. An NFLPA Memo sent Saturday afternoon to teams detailed exactly when certain activities would commence for teams. The Panthers, who will hold training camp at Bank of America Stadium and the nearby practice facility, have already had their rookies report for initial testing and coaches returned to the building this week.

The schedule gave players – and fans – a look at how this unusual offseason will get the players ready for the season. Under Matt Rhule, the Panthers need as much time together as they can – they’re returning the fewest number of snaps on both the offensive and defensive side of the ball of any team and will rely on rookies for almost 40% of their defensive workload in 2020 as Phil Snow attempts to bring the same turnaround that he brought to Baylor – Snow turned their defense into one of the most efficient units in the country over the span of only three seasons.

NFL players just received this email breaking down how this unique training camp will work: pic.twitter.com/UoCwXxialO

With no preseason games on the schedule, the Panthers will use the next seven weeks until their scheduled home opener against the Raiders to continue to mold players into football shape. That process will begin with COVID-19 testing on days one, two, and four of ‘camp’, which begins next Tuesday, July 28. During those days where the players can’t be in the facility until producing two negative results 72 hours apart, teams can hold virtual team meetings.

August 1 and 2 will feature physicals while equipment manager Don Toner and his team issue equipment to the Panthers newly assembled roster. 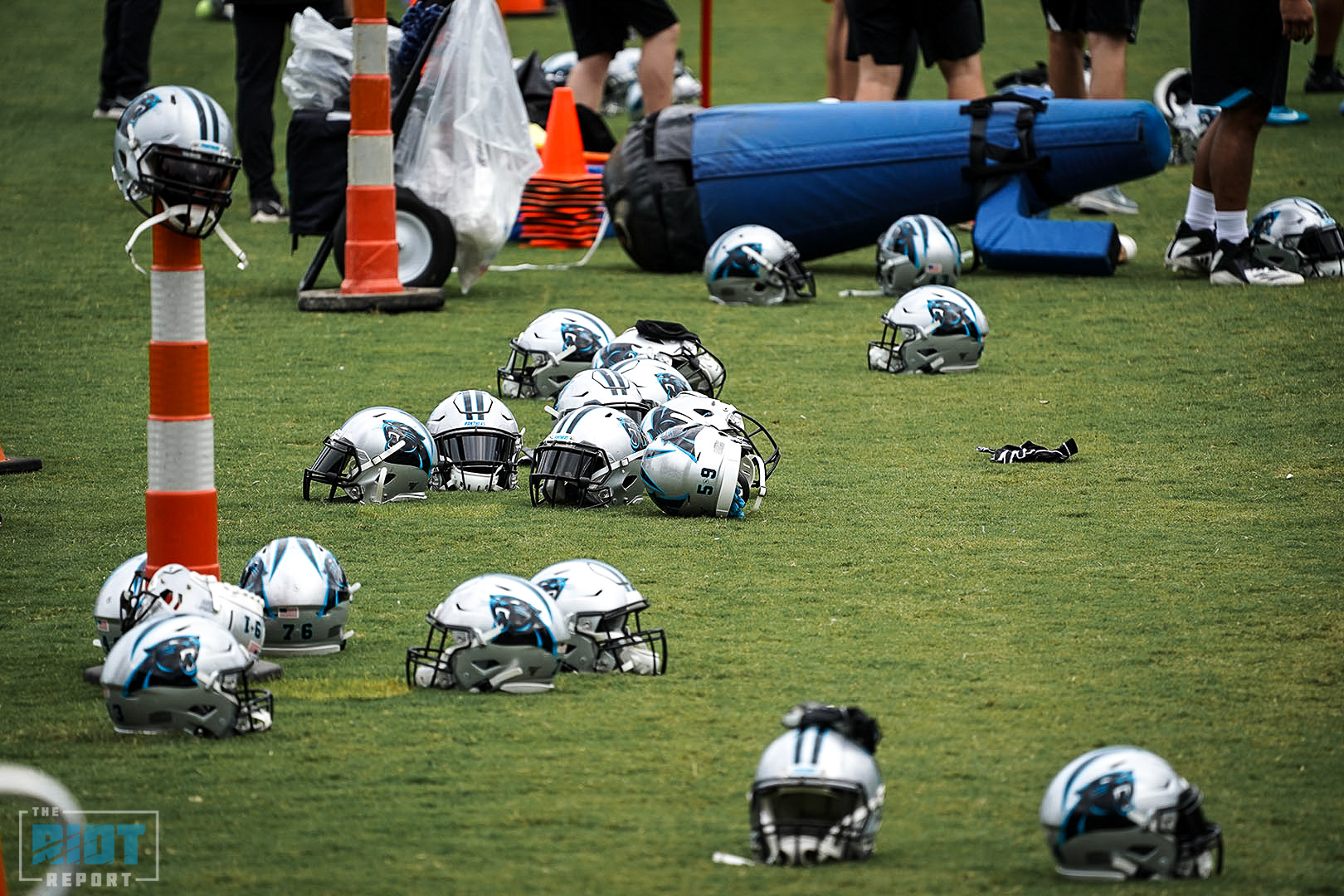 August 3 through 11 (except for an off day on August 8th) will be the “acclimatization period,” which was a subject of much deliberation between the NFL and the NFLPA over the past month of negotiations. Workouts will be capped at 60 minutes in the weight room and 60 minutes of on-field conditioning work, allowing for a total of two hours of strength and conditioning total, but with only 15 players in a group at a time. During this time, only strength and conditioning coaches, led by Jeremy Scott, may work with the players in a physical sense.

Related:   Matt Rhule Trying To Push D.J. Moore To The Next Level

A daily walk-through will be allowed, limited to only one hour for the first four days of the period, then 75 minutes for the final four days.

Next will be the “gradual ramp-up period” from August 12-16, with players limited to a maximum of 3.5 hours on the field each day, with this period being the first time where helmets (and approved protective shirts) are allowed on the field. The first practice will be a 90-minute session, then 15 minutes will be added each day, up to two hours per session. The remaining time for each 3.5 hour limit will be conducted during a walk-through.

Helmets and shells – how most fans are used to seeing training camp – will be used in non-contact sessions on August 14 and 16, with a day off in between.

Veterans and rookies will begin the “contact integration period” – AKA padded practices with hitting – on August 17, running until the regular season begins on September 6 – the CBA’s limits on contact work still apply and teams can have a maximum of 14 padded practices during the 21 days of this period.

In addition to daily testing, both players and coaches will reportedly have restrictions on their activities during the season – Pro Football Talk reported Saturday morning that “players could not be present at indoor night clubs, indoor bars (except to pickup food), indoor house parties (with 15 or more people), indoor concerts, professional sporting events, or indoor church services that allow attendance above 25% of capacity.”

Multiple NFL venues across the country, including Bank of America Stadium in Charlotte, are – as of this report – still expecting to have fans in attendance in a limited capacity. Fans will not be allowed at training camp – a vast departure for the Panthers, who are used to hosting almost 100,000 fans over a two-week period at Wofford College in Spartanburg.

The change of venue to Charlotte is just one of many, many differences between what a ‘normal’ training camp looks like and what the Panthers are about to begin.