Be The Uproar: Your 2021 Roaring Riot Membership Shirt Is Here! 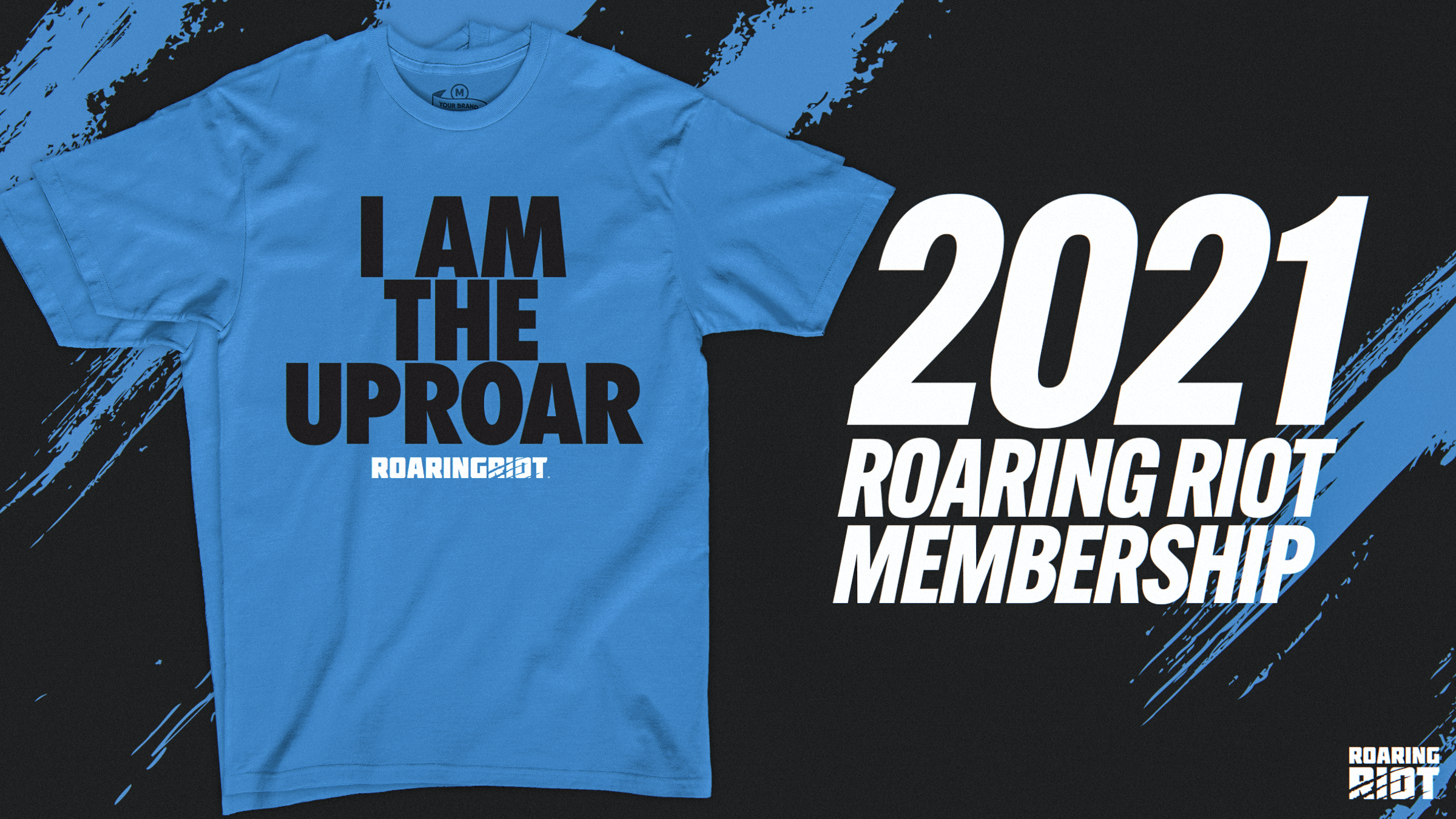 Whether we want to admit it or not – Panthers fans had been the butt of many jokes around the league for their first couple of decades in the league. Fairweather. Wine & Cheese. Bandwagon. Before going viral was a thing, Lamar Lathon had to forcefully show Michael Irvin and Barry Switzer where the hell Charlotte, North Carolina was and then scream about it for the Panthers to get any recognition in the nineties.

When I used to tell people I was a Panthers fan, the overwhelming response was “Why?” The second-most popular response, especially when I lived outside of the Carolinas, was “Oh yeah. Who’s on that team again?”

As hard as it is to believe now, one of the reasons the Roaring Riot was started was because it was hard to get bars in the Charlotte area to put the sound on the Panthers games, instead choosing to go with transplant fanbases like the Steelers or Browns.

There’s a reason we continue to use the mantra Change The Culture. Because we needed to change the mindset that it was OK for *insert most away team* fans to take over Bank of America Stadium. That it was OK for Panthers fans across the country to be resigned to watching games by themselves or in a dusty corner of a bar instead of surrounded by fellow Panthers fans. By their family. 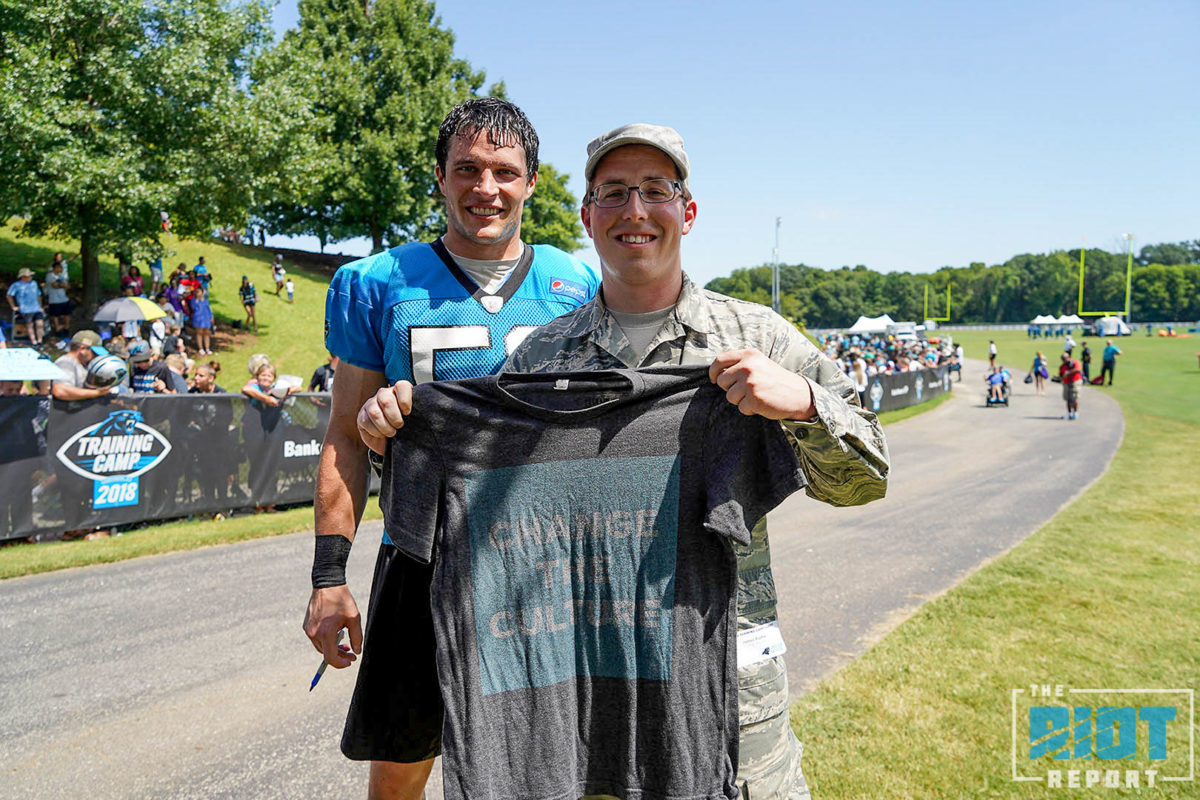 These past two seasons have brought about a lot of change – some good, some bad. Some of the players that made the Panthers who they are are gone – and while it may have been messy, we will persevere.

Some believe change brings uncertainty. But in the Roaring Riot, we see things differently.

To us, change just reveals what has been there all along since the beginning. Although the faces on the field may change, there are thousands of faces across 42 states, spanning 11 countries, who remain painted black and blue.

While some choose to be up in arms and fret about what’s to come for the Panthers, in the Roaring Riot, we see an opportunity to raise ours even higher and lift our team up. Let’s be louder than the speculation about the future and stand – for the love of the game. Let’s not just talk about changing the game, let’s become it.

Because with the most dedicated owner in the league, a new forward-thinking regime, and a young roster that’s committed to getting better every game and proving that we’re not satisfied with mediocrity, we – as the Roaring Riot – have to be the leaders that drown out opposing voices.

WE must be the Uproar.

What does the Uproar mean?

It means not being satisfied with a quiet stadium dominated by opposing fans – that’s why we continue to work with the team to make the Roaring Riot Section a reality.

It means cutting through the noise to show the team that we support them through thick and thin – even if it means being mad at them when they fumble at the goalline or miss the biggest tackle of the game.

It means supporting our team loud and proud – every day of the week, at home or on the road.

Related:   One Day Contract: Draft Preview With Will Bryan

It means, now, while so many of us are struggling and dealing with adversity we must continue to lean on the members of our Roaring Riot community for support.

It means in a time when the world is so crazy and our differences are constantly being spotlighted, we must refocus on our love for our team and that bond that brings us all together.

To join the over 5,000 current Roaring Riot members all around the world and show that YOU are the Uproar, check out the 2021 membership packages.