Another game, Another Gif: The Cam Newton Block Heard Round The NFL 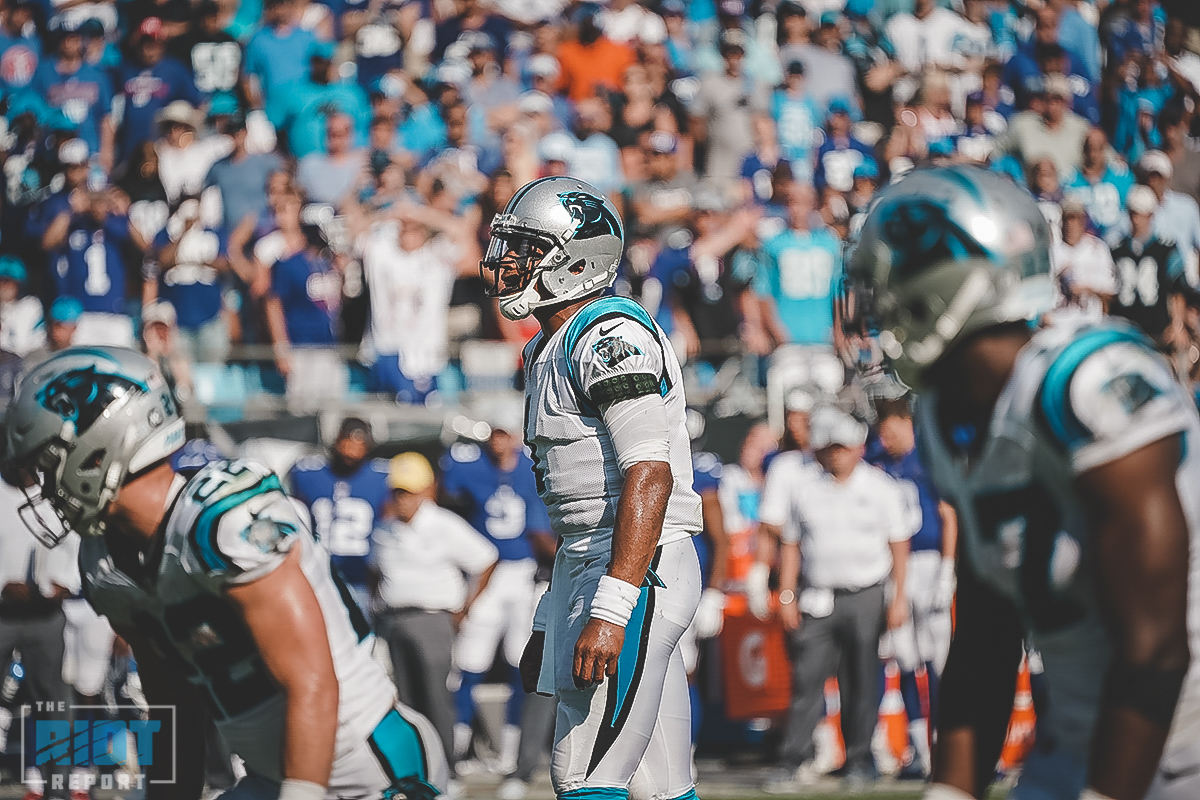 The last time the Panthers faced off with the Giants in 2015, it was a furious comeback by New York, a long touchdown by Odell Beckham, Jr. and a last-second Graham Gano field goal that provided the winning margin – but it was a Cam Newton gif that likely provided the most lasting memory of the game.

Just as the 2015 38-35 victory provided the Cam Newton nodding gif that has been viewed more than 20 million times and has been likely been used in more millenial conversations to count, the Panthers 33-31 win may have provided a gif that will likely stay on Newton’s highlight reel for years to come as he pancaked 6-6, 265 pound defensive end Kareem Martin on a first-quarter DJ Moore reverse to spring the rookie wide receiver for an 18-yard gain. But after the game, Newton was hopeful that the block was seen by one of his favorite teammates – a teammate who he hasn’t been able to talk smack with during practice for the past five weeks.

But he’ll be at the stadium tomorrow.

“Did you see it? Did [Thomas Davis] see it? I want to make sure TD saw it,” Newton grinned after the game. “We’ve got us a thing and now he’s back at practice and I can’t wait to show him. Matter of fact, he’s going to come watch film with us just, so I can tell him that he’s lucky I wear the red jersey in practice.”

“At the end of the day, I was just trying to do my job. I always say, whatever coach asks from me: running the football, throwing the football, blocking, catching. I’m a football player. I just try to put my team in the best situation.”

While the block may not have the lasting impact that the nodding gif did – it’s hard to respond to someone asking if you’re ready to go to the club with a gif of a pancake block, although I’d love to see you try – the block was one of only a few highlights for the quarterback who said after the game his two interception performance was due to a “lack of focus” and he’s got to put his team in a better position to win by doing a better job protecting the football.

While Newton started out hot, completing eight of his first nine, he would only complete two passes against an interception in the third quarter as the Panthers allowed the Giants to stay within a score, even as Eli Manning threw two interceptions to safety Mike Adams on back-to-back passes; Newton would match the Giants QB with two picks of his own, including a fourth-quarter turnover with the Panthers up 27-16 that staked the Giants with a short field which Manning converted for a touchdown to draw the Giants within a field goal.

“He’s a competitor, he wants to win,” said Rivera about his QB, who ran for 29 yards including two third-down conversions with his legs. “You saw it when he was trying to run for those first downs; he is going to give you everything he has out on the field. He’s going to try to help this football team in any capacity he can – we saw that.”

“A couple [of the] decisions, I know he would like to have back; one of the interceptions was not his fault – a little miscommunication in terms of the route that was run. He, at the end of the game, gave us an opportunity and like I said, Graham came through.”

“But he has a thing about doing that against the Giants for whatever reason.”

You can feel free to insert an ‘oh, snap’ gif at this point. We know you’re thinking it.