As Decade Ends, Panthers Finish in the Same Place They Began 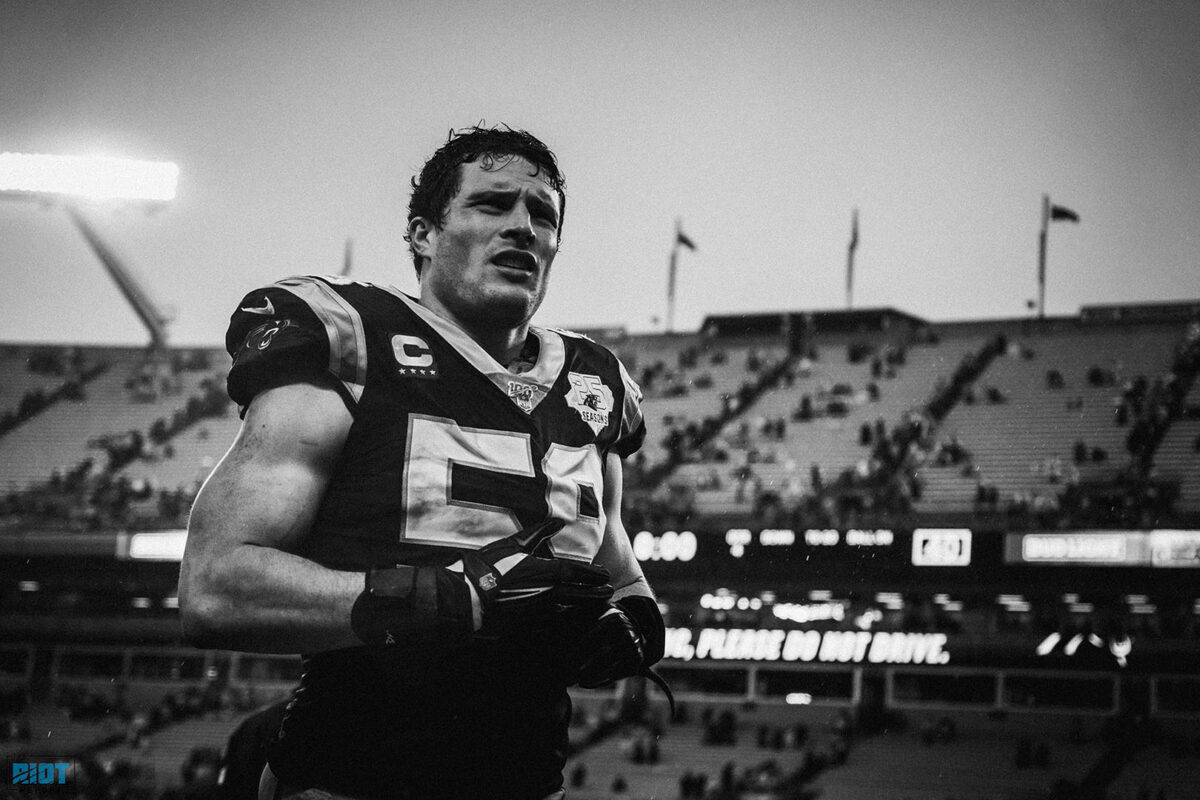 Most of the time, people like the idea of a period of time coming to a close in the form of a bookend – it’s quaint, it’s poetic, and it usually carries with it some sense of sentimentality and fondness for days gone by.

As the decade of the 2010s draw to a close, there have been more than plenty of discussions, in all circles and walks of life, of then and now. The “10 Year Challenge” has been a popular trend across social media, as people take part in comparing where they were at the start of the decade to where they are now – a decidedly optimistic undertaking with an eye towards all the promise and potential of the 2020s.

But for anyone involved with the Carolina Panthers, the 10 Year Challenge is a painful experience. While the 2010s were the greatest period of success in the 25-year history of Carolina football, the decade did not end on any high note or with any kind of exclamation point. Instead, as the Panthers cleaned out their locker room for the final time in the 2010s after two consecutive 32-point losses to close out a painful 17 weeks, there was a harsh reality – and a harsh bookend – to confront as the lights go out:

The Carolina Panthers have ended the 2010s right back where they started. 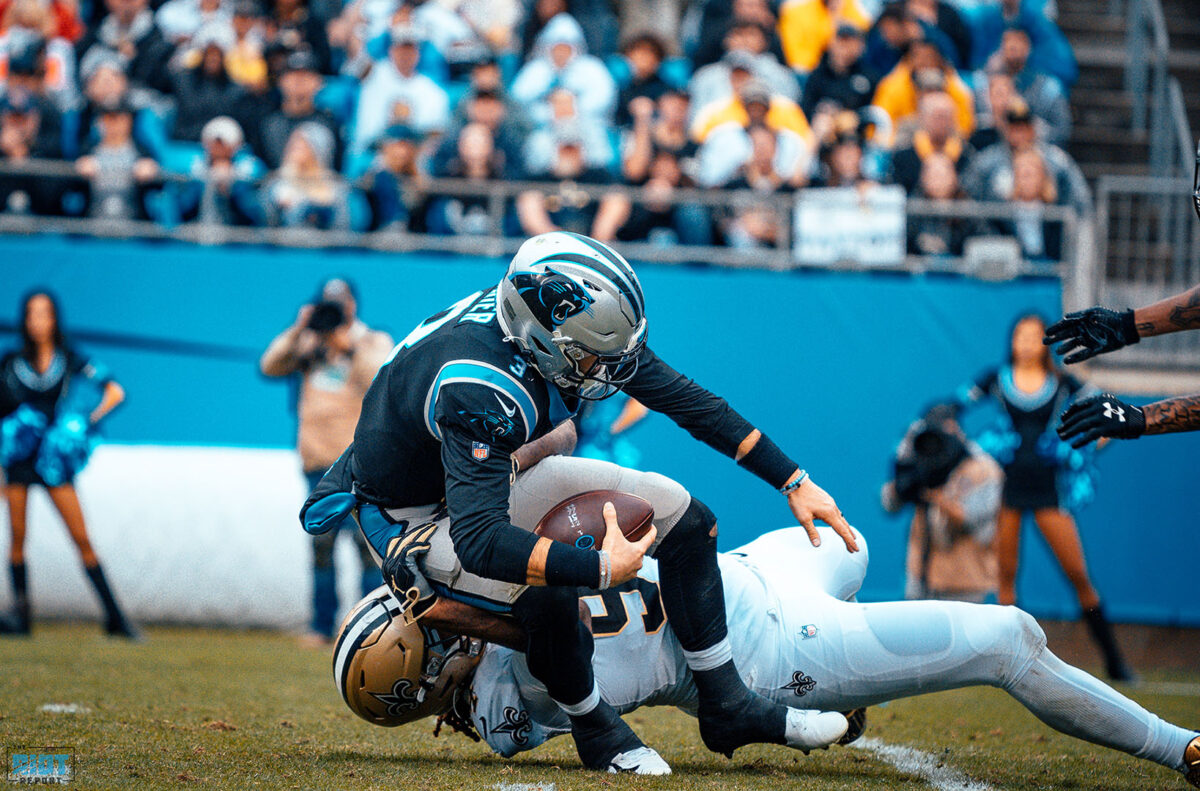 Long ago in 2010 – longer now than it seems – the Panthers were a team far away from their ideals.

Still trying to shed the “expansion franchise” label, they were largely irrelevant on a national level, and locally, tough times were brewing. On paper, the Panthers had many of the ingredients necessary to be a successful team, and had a recent playoff appearance – a trip to the Divisional Round in 2008 – to prove it.

They had John Fox, who had earned widespread respect as an NFL head coach by virtue of his success in Carolina. They had “Double Trouble” in DeAngelo Williams and Jonathan Stewart, who had just become the first running back tandem in NFL history to ever both have over 1,100 rushing yards in a single season. All-Pro left tackle Jordan Gross led the offensive line, a unit which also featured rising star center Ryan Kalil. On defense, the Panthers had Pro Bowl linebacker Jon Beason, his wingman Thomas Davis, and star cornerback Chris Gamble. And oh, by the way, they had one of the top wide receivers in the NFL: Steve Smith.

But like many teams headed straight for trouble, the problem for the Panthers was at quarterback.

Jake Delhomme, the team’s longtime starter, had not been the same since melting down in 2008’s playoff loss and in 2009 had a season that saw him throw just eight touchdowns to a miserable 18 interceptions. Injuries forced an early end to Delhomme’s season, opening the door for backup Matt Moore to start in the final five games – a stretch that saw him throw eight touchdowns to just one pick and lead the Panthers to a 4-1 record, thoroughly seducing observers and rendering Delhomme – once the team’s undisputed star and a hallmark of their Super Bowl XXXVIII team – expendable.

But Delhomme’s release after 2009, combined with the departure of other veteran cornerstones of the 2000s, sparked a disaster beyond the imaginations of many at the time. Matt Moore struggled in the starting role, giving way to second-round rookie quarterback Jimmy Clausen. Clausen was a disaster, and the Panthers’ merry-go-round of middling quarterbacks (remember Brian St. Pierre?) yielded predictable results.

By season’s end, the Panthers were the doormat of the NFL.

They had the worst record in the league at 2-14 and the John Fox era came to an end unbefitting of the man who was, at the time, the best coach in franchise history. Panthers founding owner Jerry Richardson, never one to make his thoughts known to the public, was compelled to write a letter published in the Charlotte Observer apologizing to the fanbase for his team’s lack of success. The only relevance the Panthers had was that they possessed the No. 1-overall pick in the 2011 Draft – and even that compounded their misery, as projected first pick and franchise savior Andrew Luck spurned the team to spend another year playing at Stanford.

At the time, what would happen next for the Panthers seemed completely impossible. First came Ron Rivera, the man who would exceed Fox before him and write his own legacy as the winningest head coach in Panthers history. Then came Cam Newton, a dominant force of nature whose style both on and off the field earned him the attention of the nation. And after Newton came two more stars in Greg Olsen and linebacker Luke Kuechly.

Combined with existing players like Davis, Stewart, and Kalil, a very special core of players was formed – and with that core came a very special time.

By the middle of the 2010s, the Panthers and their fans had everything they had ever wanted. They became the first team in NFC South history to win their division three years in a row, done through seasons that featured epic triumphs – including a Monday Night game against the mighty New England Patriots that revealed the new iteration of the Carolina Panthers to a national audience. With a 15-1 season in 2015, the Panthers were the best team in football, and everything about them – their roster, their coaching staff, their front office, and their culture – became the envy of the NFL.

Newton was the league’s MVP. Rivera was named NFL Coach of the year – Twice. The team was going to Super Bowl 50, and going there to win it. Their first Super Bowl, surely, of many more to come.

The once-lowly Panthers had soared to the pinnacle of professional football. But they had gotten there with wings of feathers and wax and when you fly too close to the sun, sometimes, those wings melt. 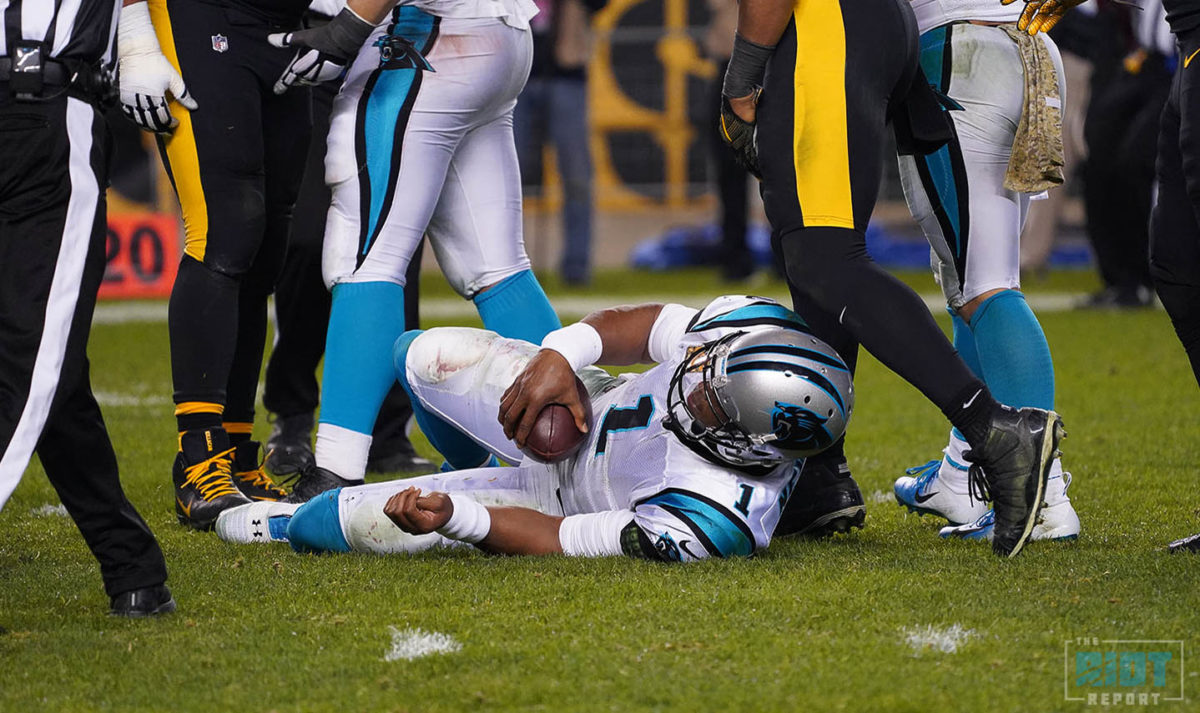 Ask any Panthers fan or insider for a post-mortem and any one of them will have their thoughts on what is to blame for the current state of the team.

They could blame the brain drain that comes with players and coaches being plucked away. They could blame organizational instability, with changes to both the front office and to ownership. They could blame a lack of talent around Cam Newton, inconsistent offensive line play, the wrong coordinators (specifically Mike Shula – the patron saint of Panthers scapegoats) – anything really, and there would be at least a morsel of truth to any argument.

But explanations of how or why don’t change reality: The Panthers went 5-11 in 2019 and were arguably worse than their record down the stretch. Unlikely starting quarterback Kyle Allen’s early success, much like Matt Moore’s, turned out to be a mirage. Ron Rivera was shown the door midseason, a stinging indignity for the best coach in franchise history. Injuries have mounted for Cam Newton, casting doubt as to whether or not he will ever play another down in a Panthers uniform.

Days of success and days of relevance long gone.

Hope, hard to come by.

Here’s the thing about the NFL, though: When Winter turns to Spring, hope springs once more. And hope can always be realized – as it once was for the Panthers of the 2010s. 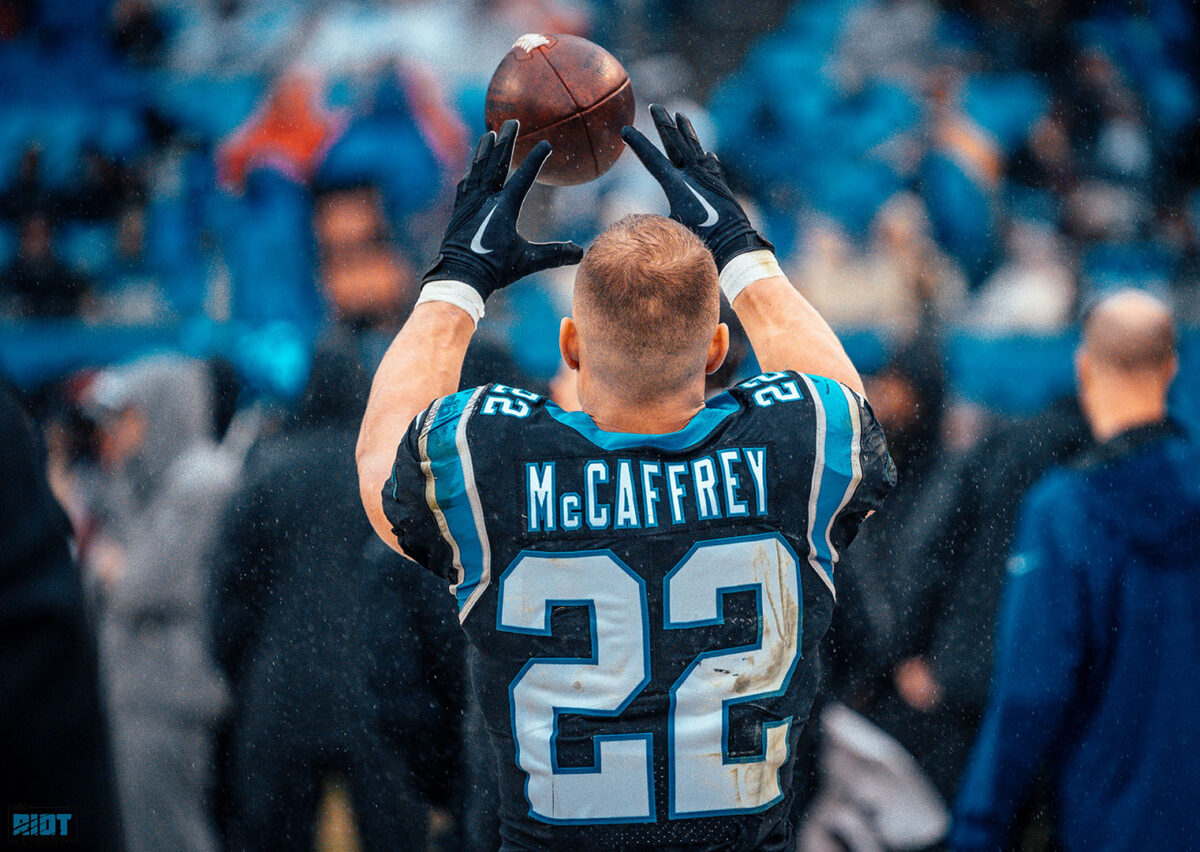 The Panthers’ standing as a competitive NFL team, one that is to be feared and respected, will not be restored easily. It will be a deliberate process – a future where the Panthers are the creme de la creme once more isn’t one that is within immediate reach. When discussing whether the franchise has reached the light at the end of the tunnel, it’s tough for anyone – including the players – to tell whether the light is the horizon or an oncoming train.

“I don’t want to sit here and make predictions,” said running back Christian McCaffrey, who played on the Panthers’ most-recent playoff team in 2017. “A lot goes into winning football games. You’ve got to realize how hard it is to win a football game in this league. We’re just going to focus day-by-day on controlling us. I think the more you look into the future, the more you get thrown off the course of what’s going on now.”

But compared to other rebuilding teams, the Panthers are uniquely equipped to rise again. Compared to other rebuilding teams – most of whom have players who don’t know a world outside Plato’s Cave of losing football – Carolina still has the luxury of players who have championship DNA. Some of whom were along for the ride when the Panthers ruled the football world and can remember what it took to reach that level.

In this past great decade of Panthers football, Carolina rose from the very bottom all the way to the top. And though they never wanted to return to the bottom, here they are again. Bookending the 2010s looking up at the pinnacle, hoping that in ten years’ time, they’ll be back up there again.

And hopefully be up there for good.