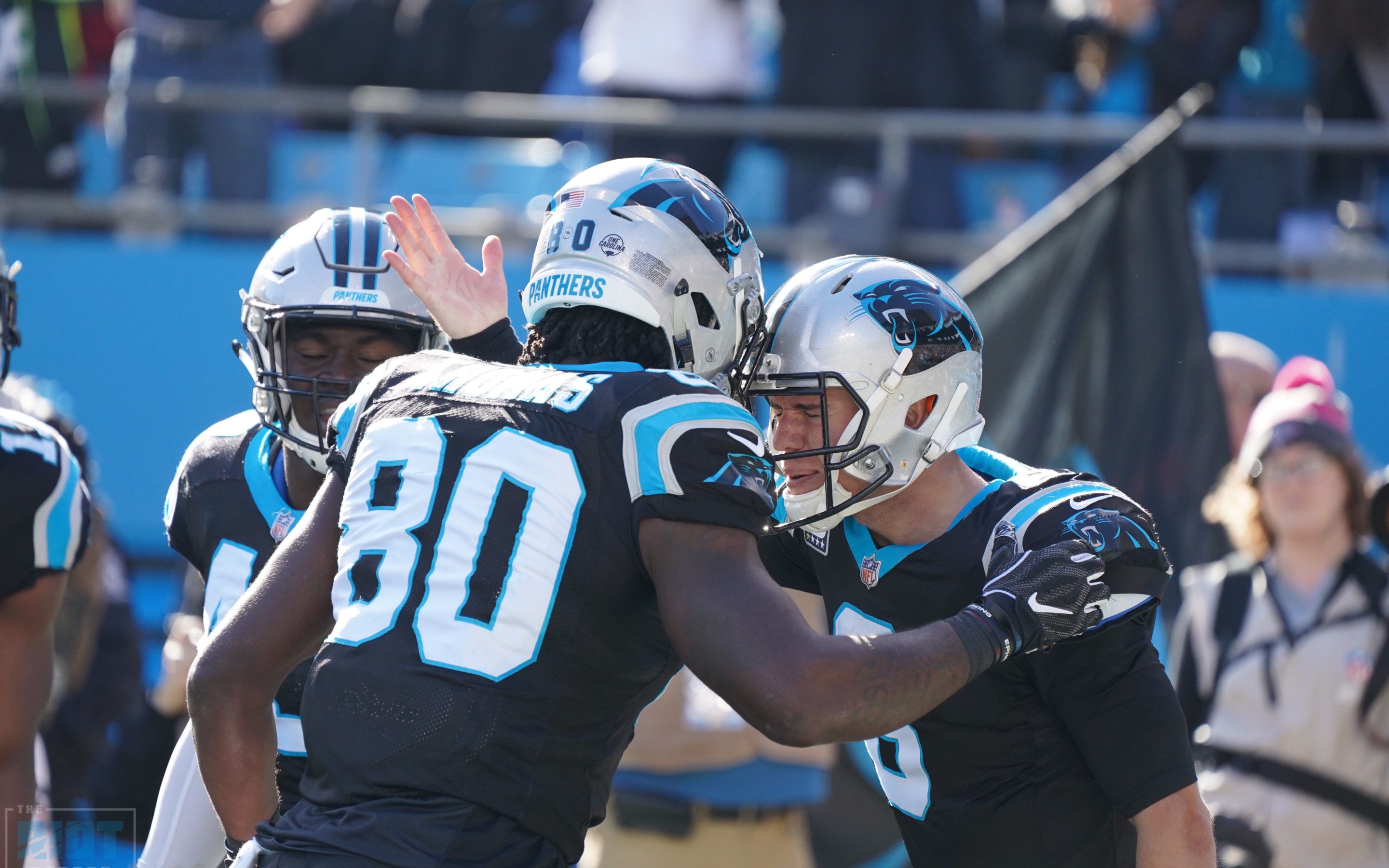 Taylor Heinicke said this week that if he were able to throw a touchdown in his first NFL start, he’d pat his left shoulder – where he has a tattoo commemorating his late father Brett – and point at the sky.

It didn’t take long before he did exactly that.

Taylor Heinicke took the first drive of his first NFL start 77 yards in what was the Panthers’ longest drive in terms of both plays (14) and time of possession (8:03) of the season and ended it with a one-yard touchdown strike as he showed off the attributes that made him a capable NFL backup, rolling to his left and finding rookie tight end Ian Thomas in the back of the end zone for a leaping touchdown grab that was the first in the careers of both Heinicke and Thomas to put the Panthers up early, but it was ultimately not enough as they fell for the seventh straight game, 24-10 to the Atlanta Falcons.

The Panthers fell to 6-9 on the season and into third place in the NFC South as the Falcons passed them in the standings; with the loss, the Panthers were officially eliminated from playoff contention.

The Falcons would quickly strike back with a 13-play, 85-yard drive that featured four third-down conversions and ended with a one-yard touchdown strike to Julio Jones as the wide receiver, who was a game-time decision, came all the way across the field and outran James Bradberry to the right corner of the end zone – Jones would finish with the four catches for 28 yards – all on the first drive of the game. 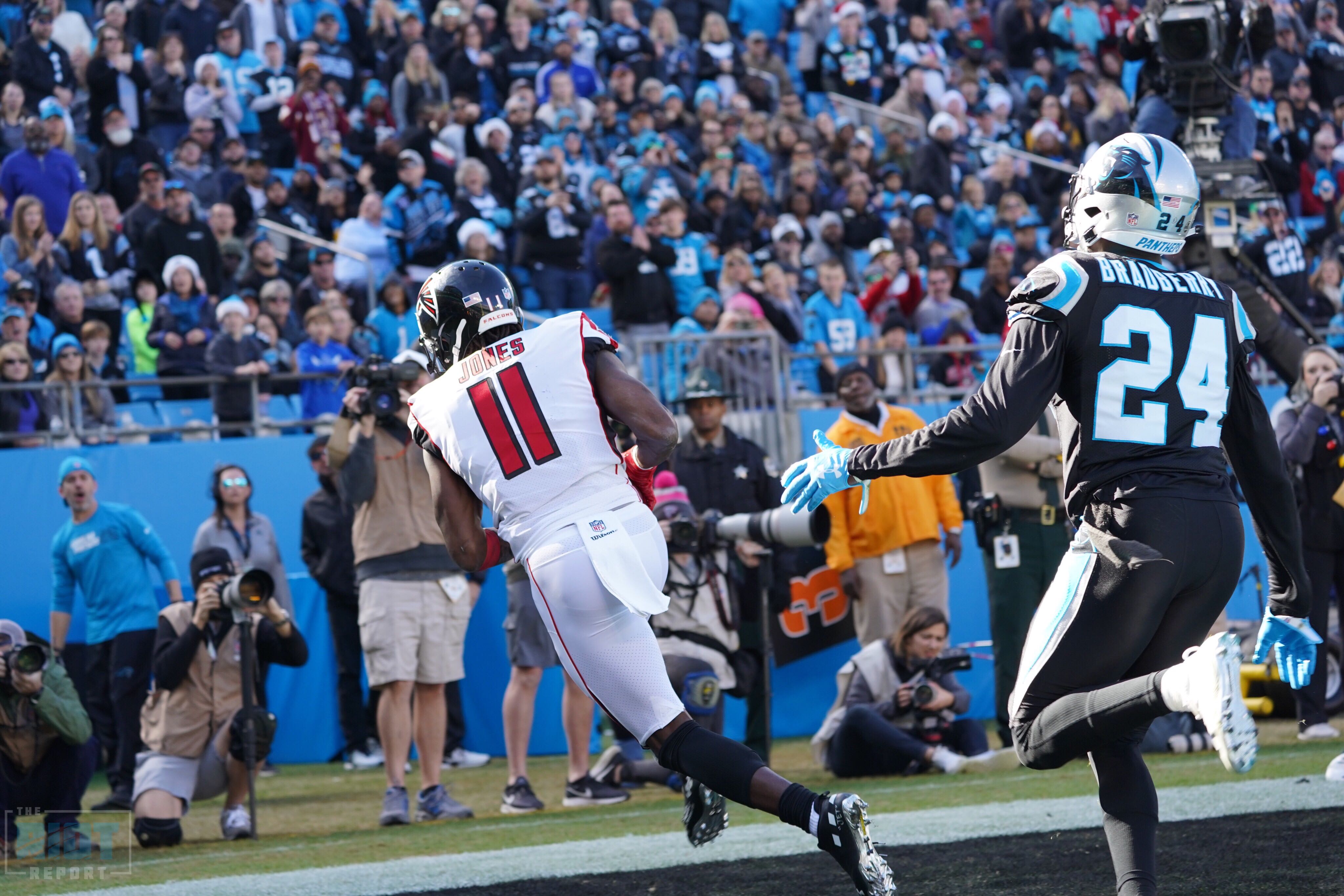 Heinicke’s first half was predictably rocky as the Panthers were able to keep pace with Ryan and the Falcons, trading punts and turnovers – a Jarius Wright fumble was immediately answered by a Kyle Love defensive line trifecta of strip, sack and recovery as the tackle; Love, who is a a key rotational piece for the Panthers, forced his third fumble of the season.

And then in the second quarter – it looked like as if the fourth-year QB’s first start would be short-lived.

A diving sack by defensive tackle Grady Jarrett left the 25-year old Old Dominion product writhing on the field in pain as multiple Panthers, including Luke Kuechly, implored the referees angrily for a flag – they eventually relented and flagged Jarrett for roughing the passer as Heinicke was first evaluated in the blue tent before sprinting to the locker room for treatment.

Heinicke would return with the Panthers threatening – rookie undrafted free agent Kyle Allen went 4-for-4 and led the Panthers into the red zone in Heinicke’s stead – but would falter with an interception as he tried to find Curtis Samuel in the end zone; there were multiple white Falcons jersey in the area and after the ball was tipped by safety Damontae Kazee, it was picked off by Jack Crawford at the two-yard line to end the Panthers scoring threat as they would go to the half tied at 10.

All told, Heinicke would finish his first start 33-of-53 for 274 yards, a single touchdown and three interceptions.

As has been the case all season, Christian McCaffrey filled up the stat sheet – a checkdown option like the second-year foundational piece of the Panthers offense is a young and inexperienced quarterback’s best friend; McCaffrey first became only the third running back in NFL history, joining Ladanian Tomlinson and Matt Forte, to register 1,000 yards on the ground and 100 receptions in the same season. He then broke the NFL record for most receptions by a running back in a single season, only to follow that by becoming the Panthers franchise leader in receptions in a single season.

The Panthers pass defense, only six days removed from holding Drew Brees to one of his least productive games of the season and after doing a nice job of stifling Matt Ryan in the first half once the first drive was complete – 60 of Ryan’s 89 yards came on the first drive and the Falcons had only 65 yards the rest of the half, faltered in the second half, beginning with the first play.

Another big play – this one a 44-yard catch-and-run by Mohammed Sanu would put the Falcons up two scores; Matt Ryan had 239 yards and three scores, helped by the two huge plays which accounted for 129 of those yards. The Panthers mental mistakes helped the Falcons throughout the day as they racked up 10 penalties for 86 yards – they entered the game as the fourth-least penalized team in the league but the penalties seem to come at the worst time. The Sanu touchdown was preceded by an Efe Obada neutral zone infraction that gifted the Falcons a first down on 3rd-and-5; the Falcons had not converted a third down since their first drive, failing on the four previous attempts as the Panthers defense attempted to keep them in the game. 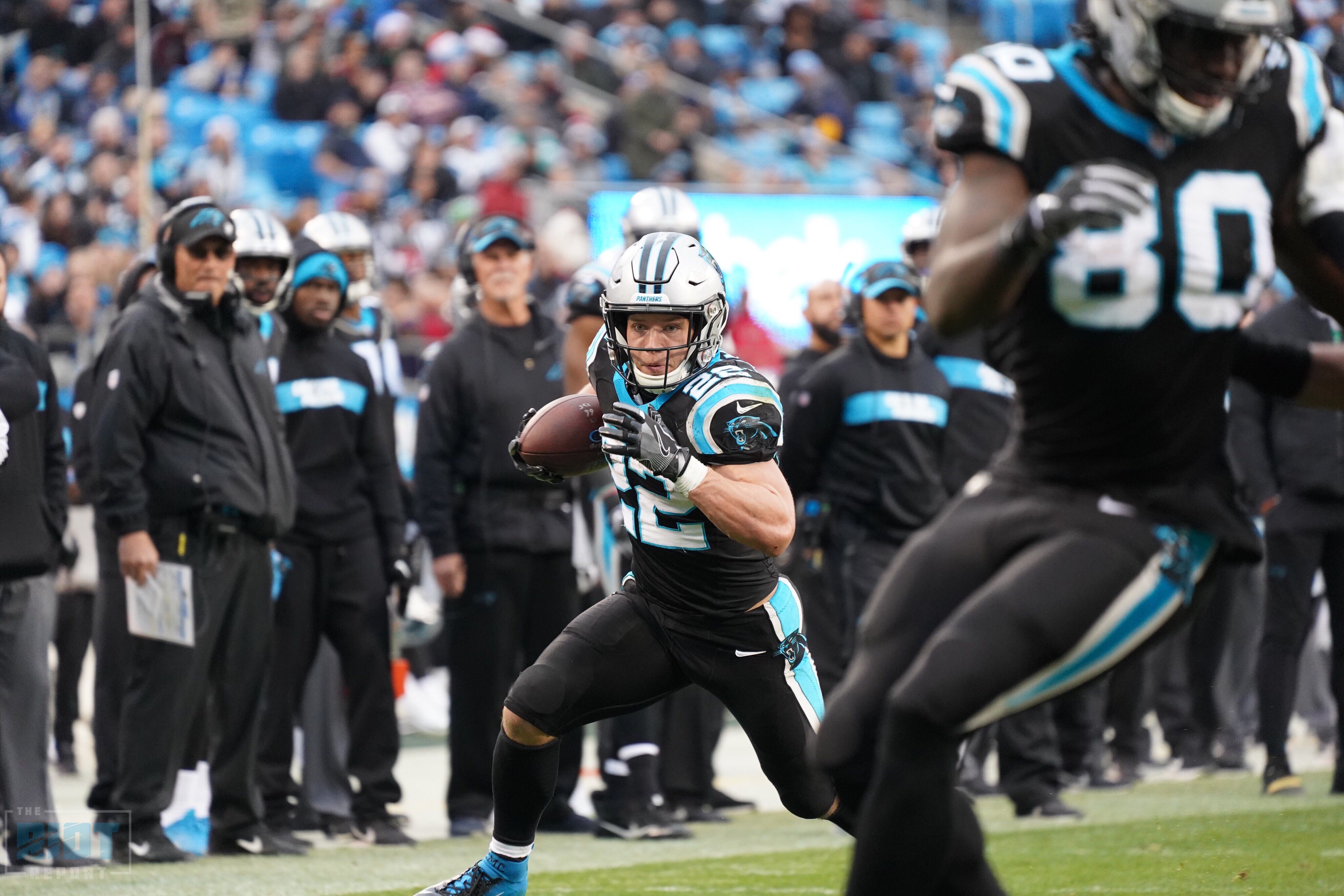 Ultimately, the Panthers red zone issues that had plagued them throughout the six-game losing streak – they had scored on only seven of their 16 attempts in their previous four contests and only converted one of their four attempts against the Falcons, turning the ball over twice – once on downs and once on the Heinicke interception – on trips inside the 20-yard line.