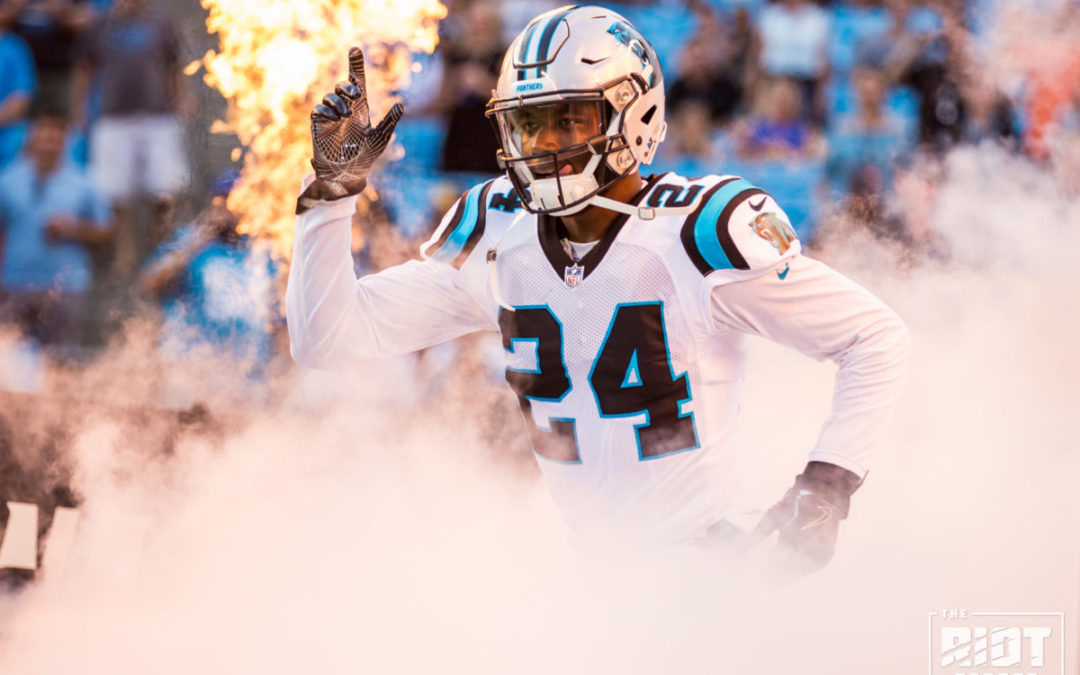 It probably hasn’t escaped your notice that, as shown with moves like the signing of Gerald McCoy, the Panthers are in something approaching win-now mode.

What is also important to note, however, and which seems to being talked about less, is that the Panthers are also in a position to hit the reset button in a year’s time if things don’t go to plan in 2019, with five presumed starters and the best part of a dozen other role players all set to hit free agency next offseason.

While this does mean the Panthers have a lot of flexibility going into the 2020 season, it also means that they will have to be somewhat judicious about who they look to keep with a plan to replacing the rest at lower cost in free agency or through the draft. However, given that they should also have north of $35m in cap space next offseason, they should also looked to resign those players who they think are most important to the team – for me, that has to start with James Bradberry.

How Good Is Bradberry? 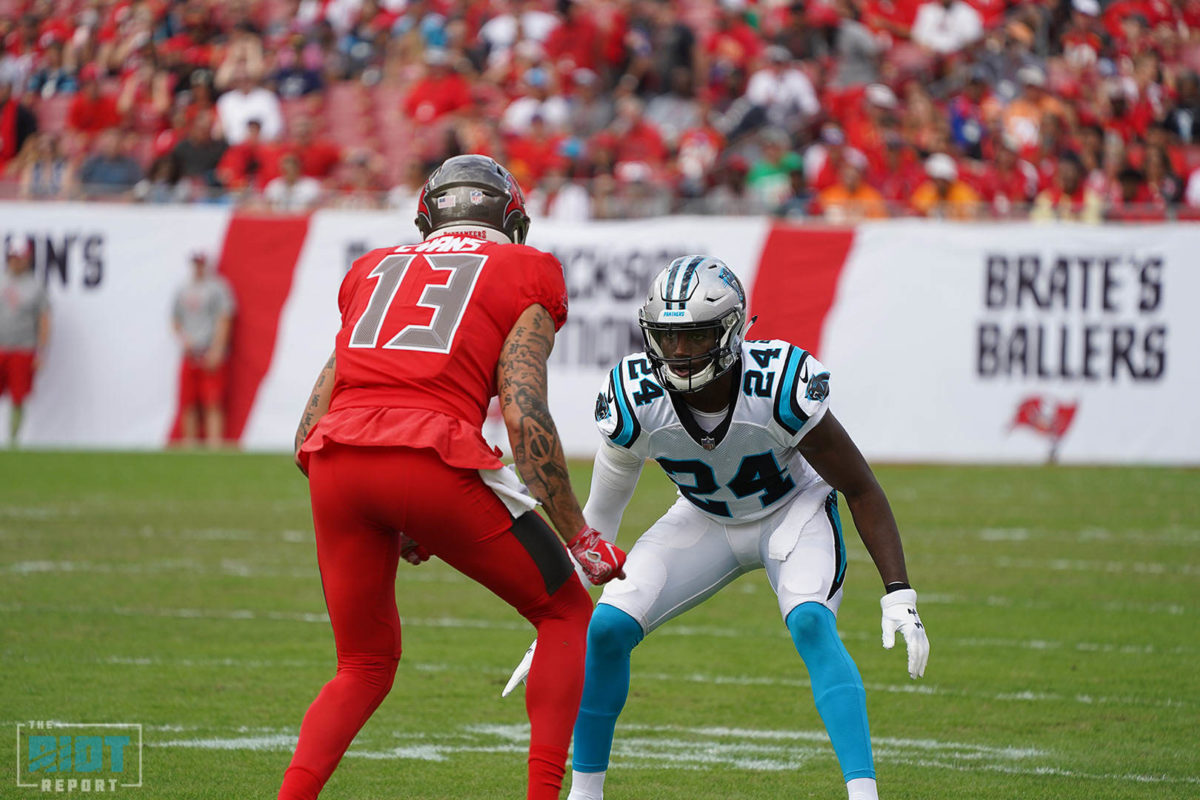 “I think I’ve shown I’m capable of being a top corner in this league.”

It’s always hard to quantify how actually good a cornerback is – partly because schemes are so different, partly because their value depends quite a bit on who they’re covering on a given play, and partly because there isn’t one clear metric that judges an effective corner. Sure, lots of interceptions look good, but if you also allow a lot of receptions then that’s not so great – and metrics such as yards allowed-per-route also fail to account for distinctions between coverage types and, outside of man coverage, it’s often hard to judge whose responsibility a route is, or whether the player was really able to stop the reception.

However, to get an indicator of how Bradberry stacks up to other NFL corners, let’s look at a range of statistics all at once. Since he entered the league, Bradberry has started 45 of 48 games, having missed three games to injury over that time span. Over that time, he ranks fourth among all NFL corners in tackles, 28th in interceptions, 12th in passes defended, 22nd in TFLs, 25th in QB hits and 13th in sacks. While those last three are probably less relevant than the first three, the clear trend here is that Bradberry is good – a #1 CB even – but probably not an elite corner.

That is really the indication from tape as well – Bradberry looks to be a very good run defender who matches up well with bigger receivers, using his size effectively in press with enough speed to cover most receivers in man coverage and the length teams look for in more zone-heavy schemes. However, he doesn’t have the elite speed needed to cover speed receivers, requiring help over the top against players such as Odell Beckham and while he does pick the ball off sometimes, he doesn’t have the best hands and certainly does leave some plays on the field in this regard.

In fact, Bradberry’s combination of skills is something of a rare one – he is one of only two players over the last three seasons to post at least 200 tackles (214), 30 pass deflections (35) and five interceptions (5), with the other being Jason McCourty who posted 202-36-6 respectively. While McCourty is 3” shorter than Bradberry and a few pounds lighter, he is arguably the best statistical comparison – a player who does the basics really well but isn’t an elite shutdown man cover corner and doesn’t generate many turnovers. 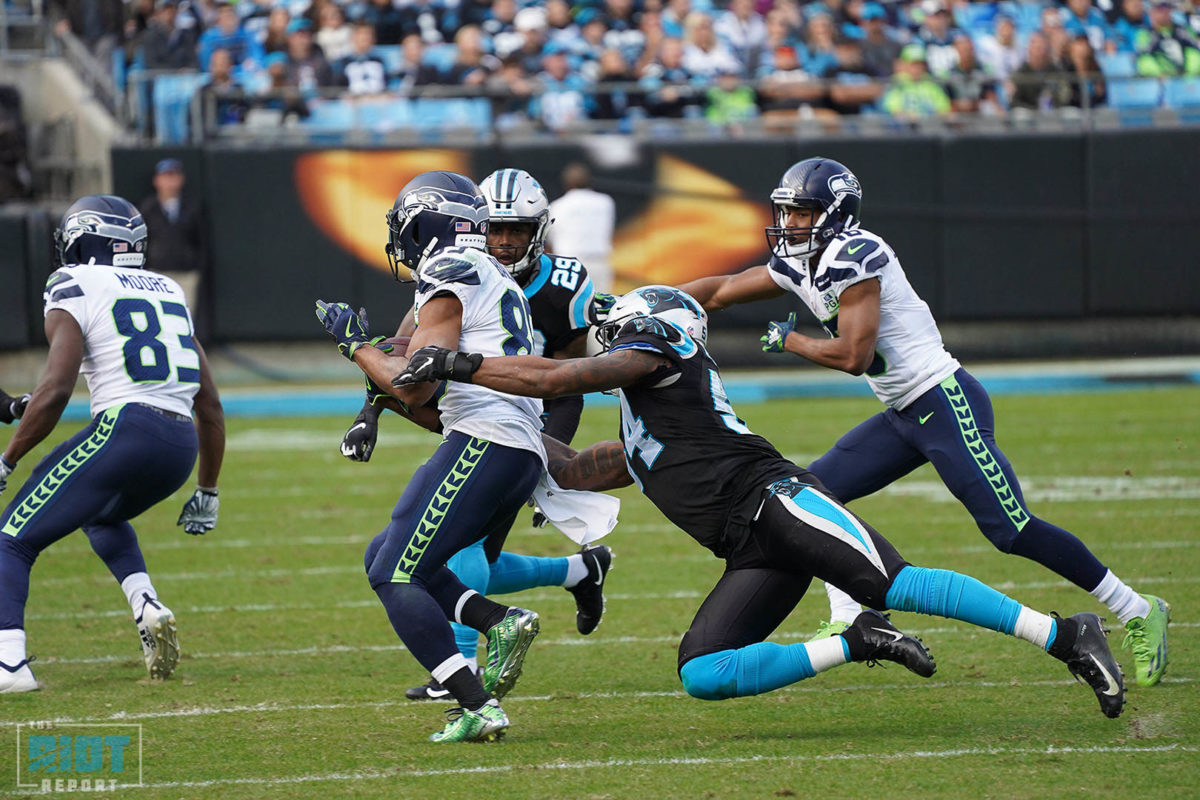 However, it’s hard to get a sense of value from only one player comparison, and it’s worth looking at the general class Bradberry is in league-wide. While Bradberry does rank 12th in passes defended, every corner above him on that list also has more interceptions; and while some of those players are still on their rookie contracts, the likes of Darius Slay, Kyle Fuller, Casey Hayward, Janoris Jenkins, AJ Bouye, Malcolm Butler and Josh Norman are on that list – these are the players who account for seven of the NFL’s 17 $10m+ CB cap hits for 2019. It would be very hard to argue that Bradberry has shown that he’s better than those seven, but how does he compare to the other 10 on that $10m plus list?

The most obvious thing separating Bradberry from most of these players is his lack of turnovers – Xavien Howard has only played in 34 games over the past three seasons, but he has over twice as many interceptions as Bradberry. While not as extreme, five more of those ten players who don’t have as many passes defended as Bradberry have more interceptions and Jimmy Smith has the same number despite playing in 12 fewer games due to injury and playing in a more man-heavy scheme. In fact, the only players to reach the $10m mark in 2019 with worse ball production than Bradberry are Desmond Trufant, Dre Kirkpatrick and Logan Ryan.

So could Bradberry get a similar contract to these three?

The issue there is that these three are on quite different contracts. All three signed in the 2017 offseason, but with Ryan’s lesser interception production even compared to the other two, his contract was for three years as opposed to the five-year deals the other two signed, and while he got the highest percentage of guarantees (40%), his was for exactly $10m per year. Kirkpatrick, by comparison, signed for a very similar $10.5m per year but received just 23% of his contract guaranteed. The real outlier here is Trufant, who signed for $13.75m per year with 30% guaranteed. Let’s come back to money later, as before we get lost in the details it’s probably worth looking at why the Panthers really do need to resign Bradberry.

Up Next: What Happens If They Let Him Go?