Bradley Bozeman Continues To Give Back 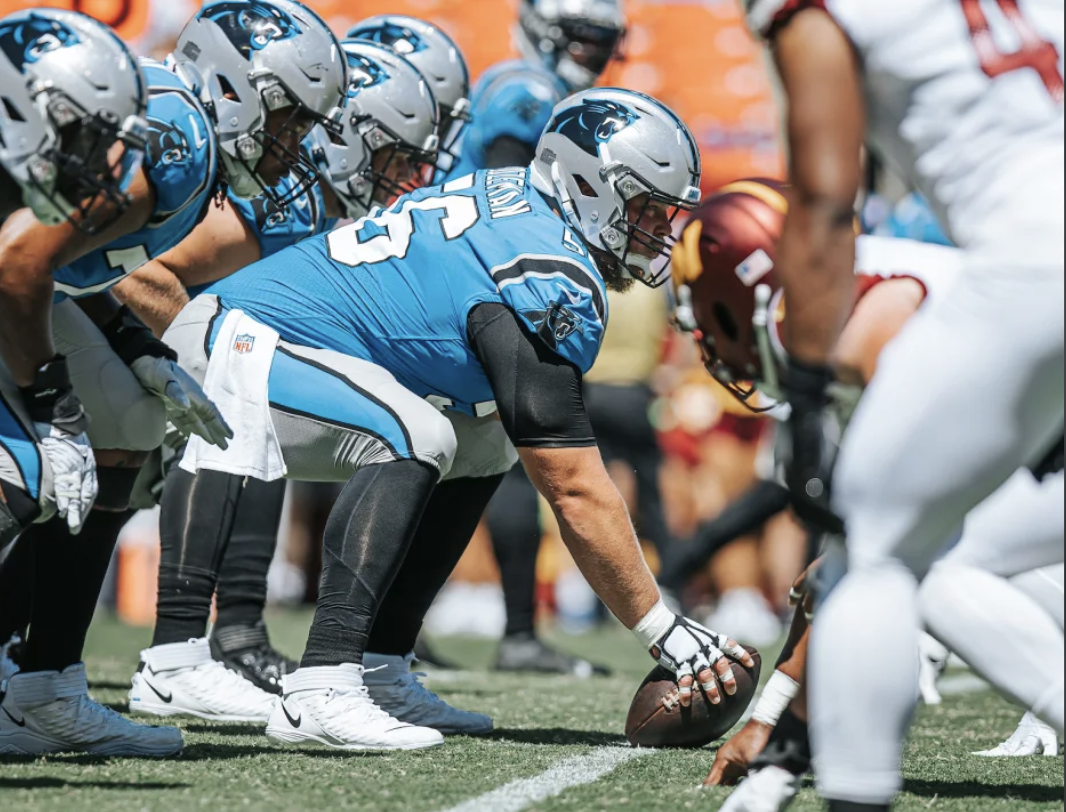 Not just bigger than most folks you know, but probably bigger than most folks you’ve ever met. We’re talking six-foot-five and three hundred and twenty five pounds, the kind of size where you write out the statistics in words instead of numbers because he’s just that big. The kind of big that probably gets him recognized at the grocery store or eating dinner at a restaurant. The kind of big where you might feel a little bit intimidated to go up and say hello.

But the size of an offensive lineman is nothing compared to the reach that a successful football player can have when he wants to spread the word about an issue they think needs attention; and that’s exactly what Bozeman has been doing since he entered the NFL in 2017 – in fact, he and his wife Nikki have been doing it since their college days at Alabama.

“We’ve been given such a big platform,” Bozeman told The Riot Report this week. “It’s enormous compared to what other people have – and we want to use it to the best of our ability.” 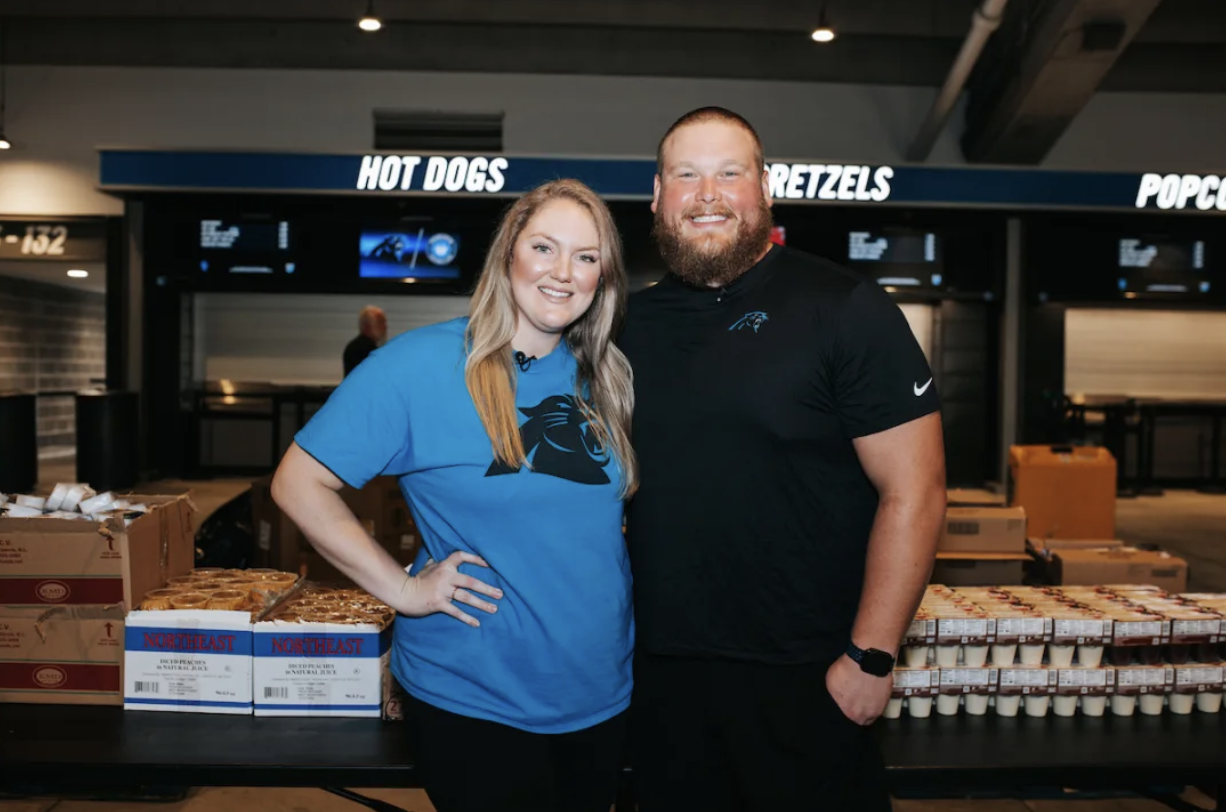 With Bozeman and his wife both entrenched in the sports scene at the University of Alabama – Nikki was the center for the women’s basketball team while Bradley started 31 games for the Crimson Tide and was named All-SEC his senior year – they began traveling the state of Alabama visiting elementary through high school schools to talk about the dangers of bullying and the importance of accepting differences in others.

Both had been bullied as kids and knew how hard life can be for those battling those types of hardships – they didn’t want to stand on the sidelines, they wanted to stand up and help. And show the kids that someone who had been bullied could grow up to “make it” to playing in college or in the NFL after living through the same experiences.

“Bradley and I talk about all the time that you only have this platform for a short amount of time,” Nikki said in a phone interview. “Football, for us, is a means to serve….it allows us to open up doorways and paths of communication, ways to serve and ways to get kids to listen to you and be impacted. Growing up being bullied from a young age, both of us, that was really something that we looked to.”

“[Giving back] has always been a pillar of our relationship [and] something that we’re really, really passionate about.”

After being drafted by the Ravens, the work continued as the Bozemans reached over 100,000 students and hundreds of schools during Bozeman’s time snapping the ball for the NFL MVP. In 2020, they organized a cross-country trip, planning to live full-time in an RV for six weeks, as they visited 16 different states; by the time the trip was cut short by COVID, the RV wall was pasted with Polaroid selfies of each stop.

With the RV trip and anti-bullying campaign unable to continue, the Bozemans pivoted their charitable focus – turning to donating food to the community, organizing food drives that would produce close to two million meals to feed the families of Baltimore; every other week, their efforts at Mount Pleasant Ministries delivered 21,000 meals to over 300 families. With the help of the Baltimore Police Department, they began packing SYNC (Supporting Your Neighbors and Communities) boxes to distribute to children and families in need.

These boxes consist of kid-friendly snacks and are paired with critical academic and instructional resource materials delivered to the kids through QR codes placed on the outside of the boxes. They’re able to scan these QR codes to access educational resources, leadership and healthy lifestyle programming, in addition to the Bozeman Foundation’s online library of anti-bullying, diversity, and inclusion video messaging. 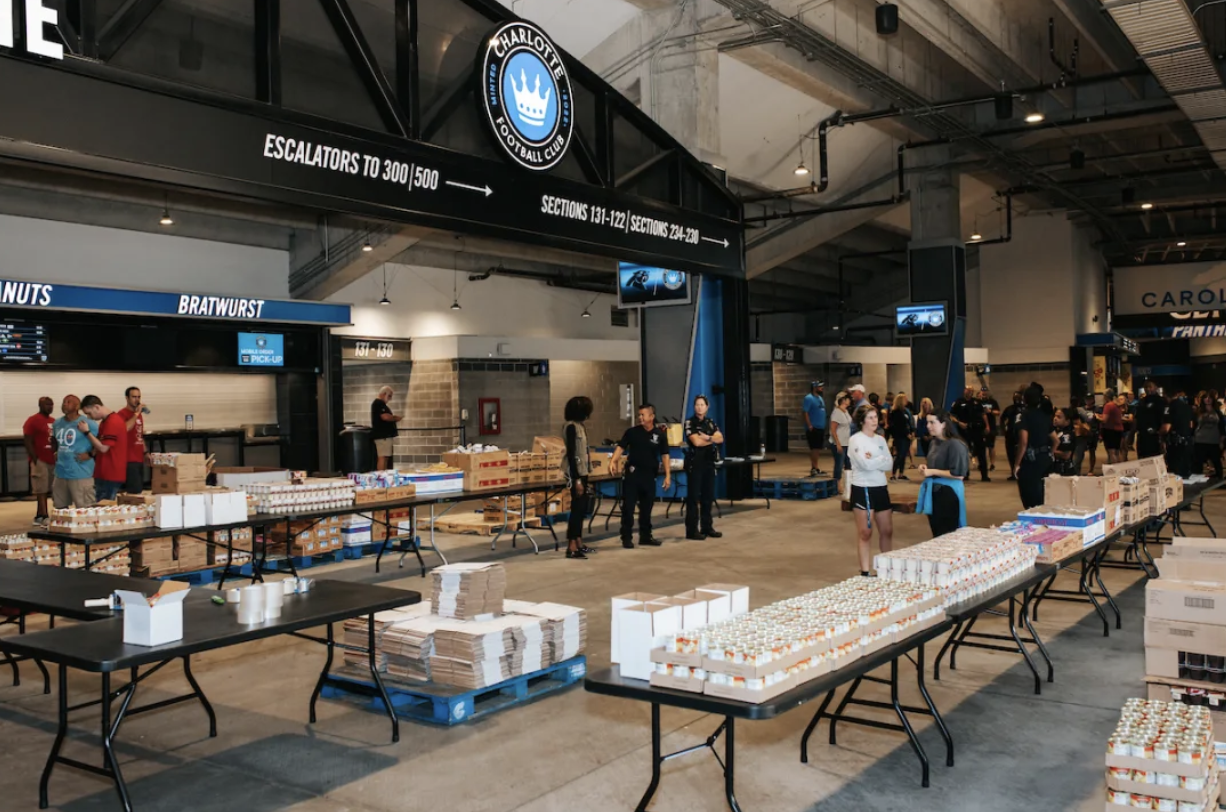 Bozeman was nominated by his teammates for the Walter Payton Man of the Year Award for both the 2020 and 2021 seasons – and when he signed with Carolina, the work continued here in Charlotte.

“It’s been amazing how quickly we’ve been able to transition from Baltimore to Charlotte,” said Nikki Bozeman. “That’s a testament to the Panthers organization for reaching out and making introductions for us and allowing us to use the contacts that they have, which is not the norm, and we’re really appreciative for them making those introductions.”

Last week, the Bozemans were joined at Bank of America Stadium by teammates, coaches, members of the CMPD and Panthers fans to pack 1,500 SYNC boxes with food from the Second Harvest Food Bank; those boxes will then be distributed around the Charlotte area by the CMPD – the officers themselves delivering the goods to build camaraderie is one of the forefronts of the program.

The idea to have all of the groups come together stemmed from Nikki, who says they’ve seen more impact from packaging events that mix the different groups and leads to spontaneous bonding like push-up contests and other fun competitions.

“It was awesome. Absolutely amazing. To get a program up and running in just four months – it’s a really big program,” said Bradley. “It was a great event, Coach Rhule came out with the backpack on, and he was slinging boxes. So glad they were all there, supporting and working – a lot of guys you ask to come out, they just kind of stand around and mingle, but everyone was truly working, so it was awesome.”

Events like this not only help the community, but help to strengthen the bond between the players and the city they live in. That’s something that isn’t ignored by the volunteers and Panthers fans who were able to interact with their favorite players.

“Packing SYNC boxes last week with the Bozemans was an awesome way to kick off the season with other Panthers fans,” said Dillon Brewer, Panthers fan and leader of the Cheer City Riot. “For me, getting to partner with players, coaches, fans and CMPD officers to make a difference in the community was an experience I’ll never forget.”

1,500 SYNC boxes is just the start for the Nikki & Bradley Bozeman Foundation – they plan to continue to have events throughout the season in Charlotte with the hopes to expand out of Mecklenburg County and into the rest of North and South Carolina, so expect to see more pictures of Panthers fans standing next to a very large man as he continues to hope the impact he has on the world is just as big as him.

“From the day we signed, we’ve had nothing but positivity from Panthers fans, Roaring Riot, from everyone – it’s great to come into a city with open arms and they reciprocate that. They love you, they cheer for you and they have your best interests at heart – it’s been great and this city has been amazing.”

To find out more about the Bradley and Nikki Bozeman Foundation and sign up to be the first to hear about other events, donate or volunteer, check out BozemanCharity.com