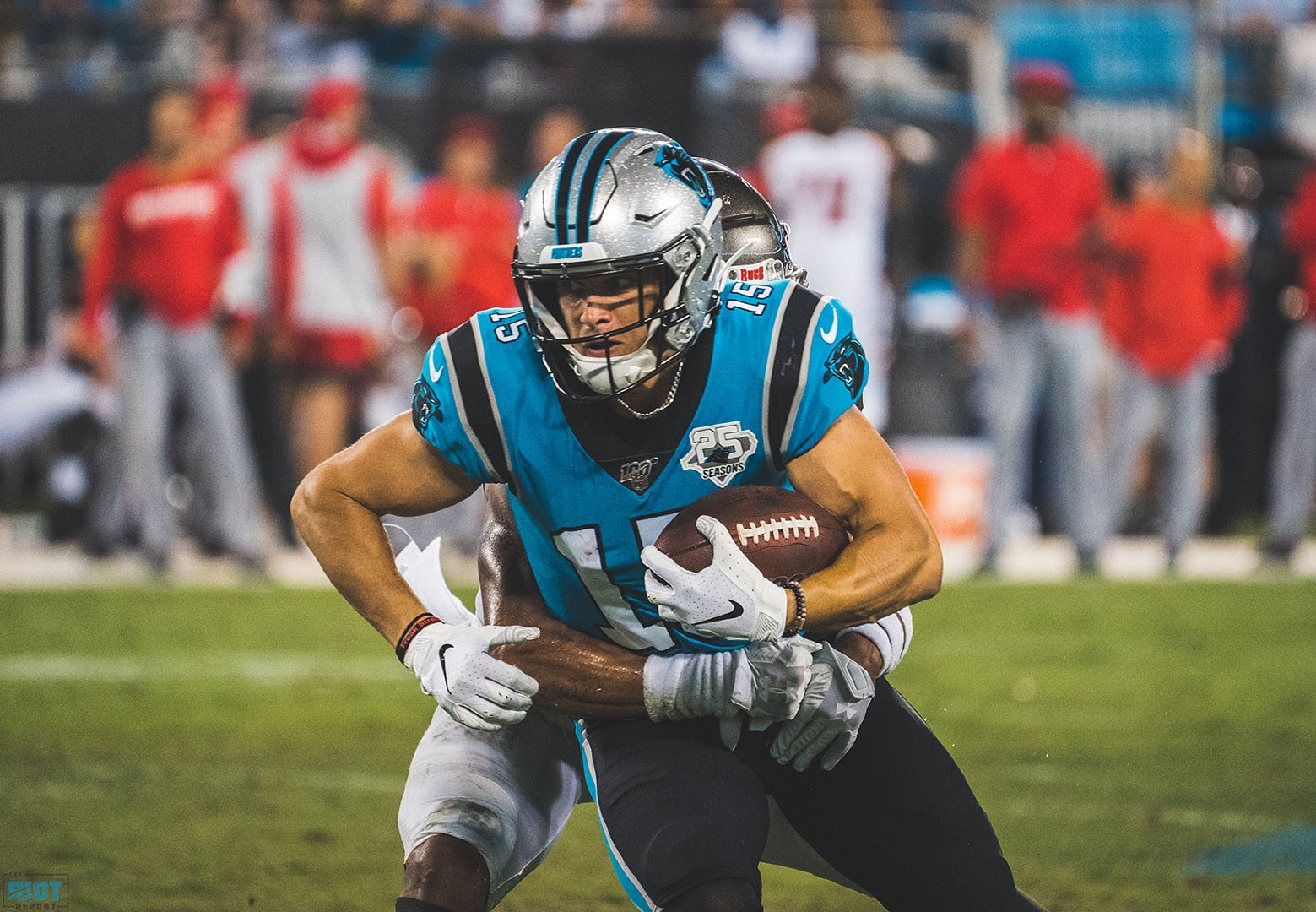 The Panthers dropped their second straight game at Bank of America Stadium and fell to 0-2 to open the season after the Bucs were able to come up with a goalline stop with less than two minutes remaining in the game and escape with a 20-14 win.

Christian McCaffrey was again one of a few Panthers to play 100% of the snaps and with Greg Olsen (62) having six catches for 110 yards, he saw 85% of the snaps after being questionable with a sore back – he also missed some time with a bloody nose. Ian Thomas only saw two snaps and blocking tight end Chris Manhertz (32) played 41% of the snaps – as the Panthers passed the ball a lot, to the tune of 50 attempts for Cam Newton, Curtis Samuel (77) and DJ Moore (75) were on the field a lot. Moore had 14 targets and Samuel had a dozen, but neither player had more than 90 yards receiving.

Chris Hogan had three snaps and pulled in a key reception late in the first half on one of them.

After saying he wanted to play more, Gerald McCoy (47) played over 70% of the snaps and after using a 6DB wrinkle against the Rams that utilized Ross Cockrell on multiple occasions in Week 1, Cockrell got zero defensive snaps and was only utilized on special teams. Brian Burns (43) saw the most snaps of the edge rushers aside from Mario Addison (49) with Bruce Irvin out and the Panthers ran a lot less nickel than they did last week, with Javien Elliott (11) only seeing 17% of the snaps.