Rhule Says Cam Newton Likely To Stay With Panthers in 2020 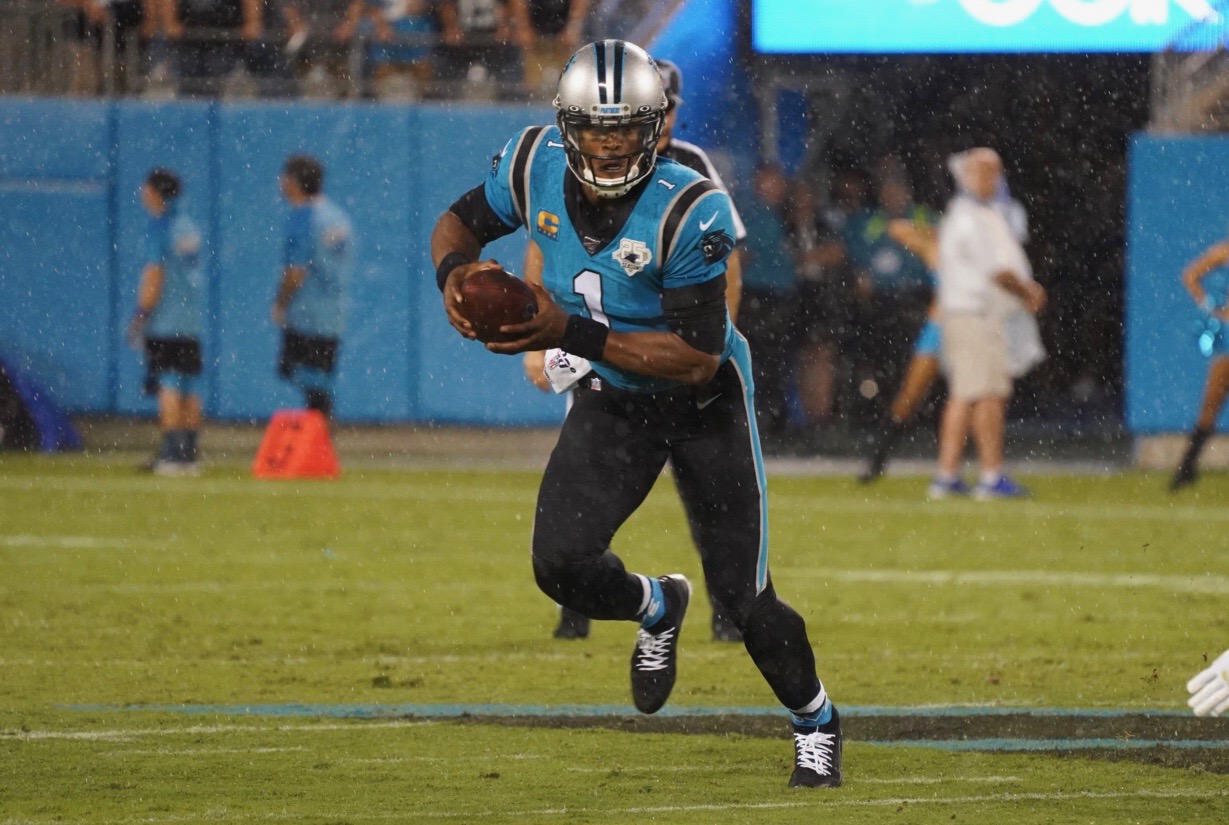 After months of speculation and questions, the Panthers appear to be in the same place that they were a year ago at the combine – Cam Newton is their quarterback, but there are questions about his health heading into the offseason that will likely linger all the way until training camp.

And the speculations and questions? They’re not exactly cleared up.

After missing all but the first two games of the season with a Lisfranc injury before eventually going under the knife in December to have a procedure to repair his foot and rumors swirling about his future with the team, Newton said earlier this month while doing media rounds at the Super Bowl that he “absolutely” expected to be back in a Panthers uniform in 2020. While owner David Tepper was less absolute in his sentiments about Newton earlier this month – “is he healthy? Tell me that, and then we can talk.” – reports surfaced Tuesday morning from the NFL Scouting Combine that the Panthers will elect to keep Newton on the roster for 2020.

And speaking to the media in Indianapolis, new head coach Matt Rhule had a similar sentiment.

“I’m unbelievably excited to get a chance to work with Cam,” said Rhule, stopping short of promising that he would be the starter in Week 1 but stating multiple times that his job as coach was to make sure that players like Newton were healthy. “I’ll try to be really disciplined about not promising things to certain guys – I’ll just say that I really want him on the team and I really want him to be healthy.”

Rhule added that he’s really enjoyed getting to know Newton as he sees him around the Panthers’ facility as Newton rehabs his foot.

The Panthers’ head coach made sure to include the same caveats that have followed Newton throughout the offseason concerning his health, going out of his way to compliment Newton on his diligence as he prepares for the season but not putting a timeline on Newton’s return – Rhule doesn’t care if Newton isn’t full-speed until September, but he doesn’t want him to return until he’s 100% healthy.

He’ll still be in the meetings with new offensive coordinator Joe Brady and the rest of the Panthers quarterbacks as they transition into a new system in 2020, even if he may not be ready to be on the field until later in the offseason process – they’re not going to rush him back on the field.

“We need to get him cleared,” said Rhule. “But we need to have a really disciplined return-to-play program, so that when he comes back, he comes back full speed. Because we haven’t seen a healthy Cam in two years; he’s one of those guys, that he’s such a competitor, that he’s going to play. We need to make sure that we do our job, that we get him healthy….I’m sure, on his end, he’ll say ‘I’m going to be [healthy] before there,’ but we we have to make sure we have a process [and] we bring him back slowly.”

While reports continue to circulate that the Panthers front office is open to trade offers on most of the Panthers roster outside of a core group of young players – that would make sense as they look to rebuild under a new head coach – if Newton is unable to return to the field to prove that he is healthy, that would complicate any trade proposals for the 2015 MVP, especially since most teams hope to find the answer to their quarterback situation in either free agency, which begins in mid-March, or through the draft in late April.

Rhule said that the team would listen to all offers that come across the table – being careful to ensure his comments were not specifically about Cam, but about the entire roster, reiterating that the team will be diligent in it’s efforts to make the team better in every way imaginable.

And Newton will do the same thing this offseason that he did last year – rehab from a procedure with the hopes of being 100% by the time training camp begins in August as he enters the final year of the five-year extension he signed in 2015.

“He’s working so hard both in Atlanta and in Carolina to get himself healthy,” said Rhule, who is entering the first season of a seven-year deal. “When it comes to Cam, Cam’s a special player. Really the only thing that really matters right now is getting him healthy. But I want to make sure that I say I’m excited to have him here – I want him to be here and I want to coach him.

“I know when Cam is healthy, who he is and the type of player that he is.”