What’s Next For Cam Newton 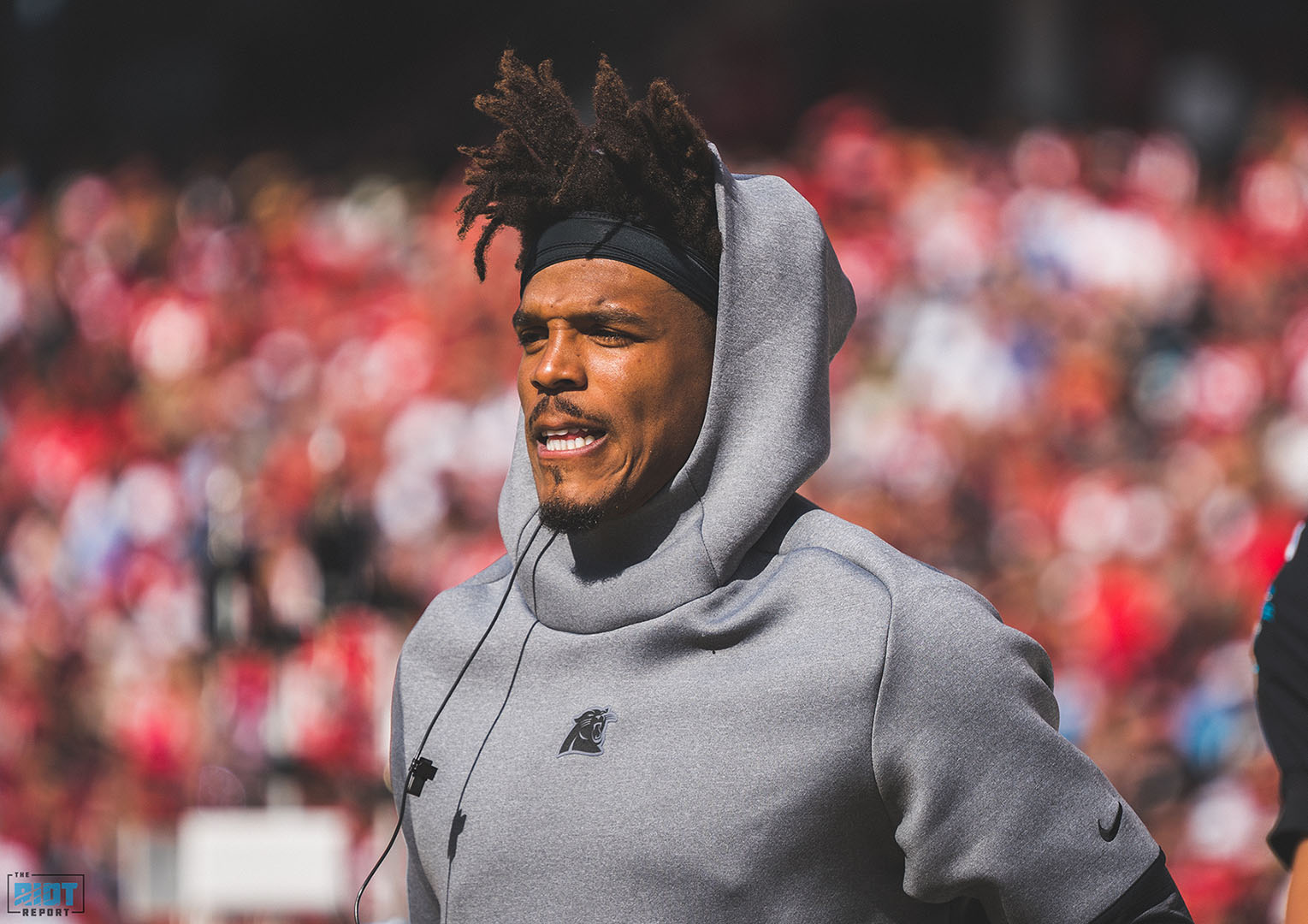 The Cam Newton Era for the Panthers finally comes to an end on Tuesday.

Carolina officially released the former MVP after nine seasons with the club after being unable to close the deal with a trade partner around the NFL for the past few months; now, instead of a trade, Newton will have a chance to choose his next team on the open market.

But it’s not quite as simple as finding a new suitor for the former franchise QB – with the COVID-19 pandemic affecting the world, teams cannot have players visit their facility for physicals – this will make free agency especially tough for a player like Newton, who has had his share of injuries over the past few seasons and likely will need 100% clearance from team doctors to sign a deal.

This offseason, Newton has been rehabbing the Lisfranc injury that sidelined him for 14 games after he played in the first two games of the 2019 season. In 2018, Newton also suffered a shoulder injury that required him to have surgery, his second on the same shoulder. While Newton will turn only 31 in May, he may have a difficult time finding a starting quarterback job in a robust quarterback market that also includes former Tampa Bay Buccaneers quarterback Jameis Winston and Andy Dalton, whom the Cincinnati Bengals have also reportedly made available via trade.

After the Panthers agreed to terms with Teddy Bridgewater last week, it became clear that Newton’s time in Carolina was coming to an end, but it’s difficult to think Newton’s days as a starting quarterback could be over – at least for 2020. Even if he has played in all 16 games just twice since his MVP season of 2015, Newton, when healthy, has shown he is one of the most dynamic quarterbacks in the NFL.

So who could potentially target Newton, now that he is a free agent?

How does Cam Newton look in a #Chargers jersey? 👀 hmmmm pic.twitter.com/SpF3rD6reH

This offseason, the Chargers parted ways with veteran signal-caller Philip Rivers after 16 seasons. Head coach Anthony Lynn has said on a few occasions that the team wanted to go with a more mobile quarterback; however, the team has committed to backup quarterback Tyrod Taylor as their starting quarterback for 2020….for now.

That could change with Newton on the market – and the fit would make a lot of sense. But the Chargers also hold the sixth pick in the 2020 NFL Draft and Los Angeles will likely have their option of either Alabama’s Tua Tagovailoa, Oregon’s Justin Herbert, or Utah State’s Jordan Love to choose from. So the Chargers might decide to take a page out of the Cleveland Browns’ in 2018 book and have Taylor be a bridge to a younger quarterback rather than bring in a veteran like Newton.

The Patriots certainly need a starting quarterback after Tom Brady left in free agency to sign with the Tampa Bay Buccaneers. The three quarterbacks on the Patriots roster are 2019 fourth-round pick Jarrett Stidham, Cody Kessler, and Brian Hoyer, who just recently signed after being let go by the Indianapolis Colts. New England might be interested in Newton, but he would have to come for a cheap price tag. Currently, the Patriots have $6.9 million in cap space, according to Spotrac; that would be a pay cut for Newton, who made over $20 million last season for the Panthers.

Patriots head coach Bill Belichick has done an outstanding job of helping players turn their career’s around at their lowest point. Newton is in need of revitalizing his career after multiple injuries in the last two years have hurt his value around the league. As for the Patriots, they could certainly use a healthy Newton if they have aspirations of remaining a playoff team in the AFC – and Belichick is eminently familiar with what a good version of Newton looks like. 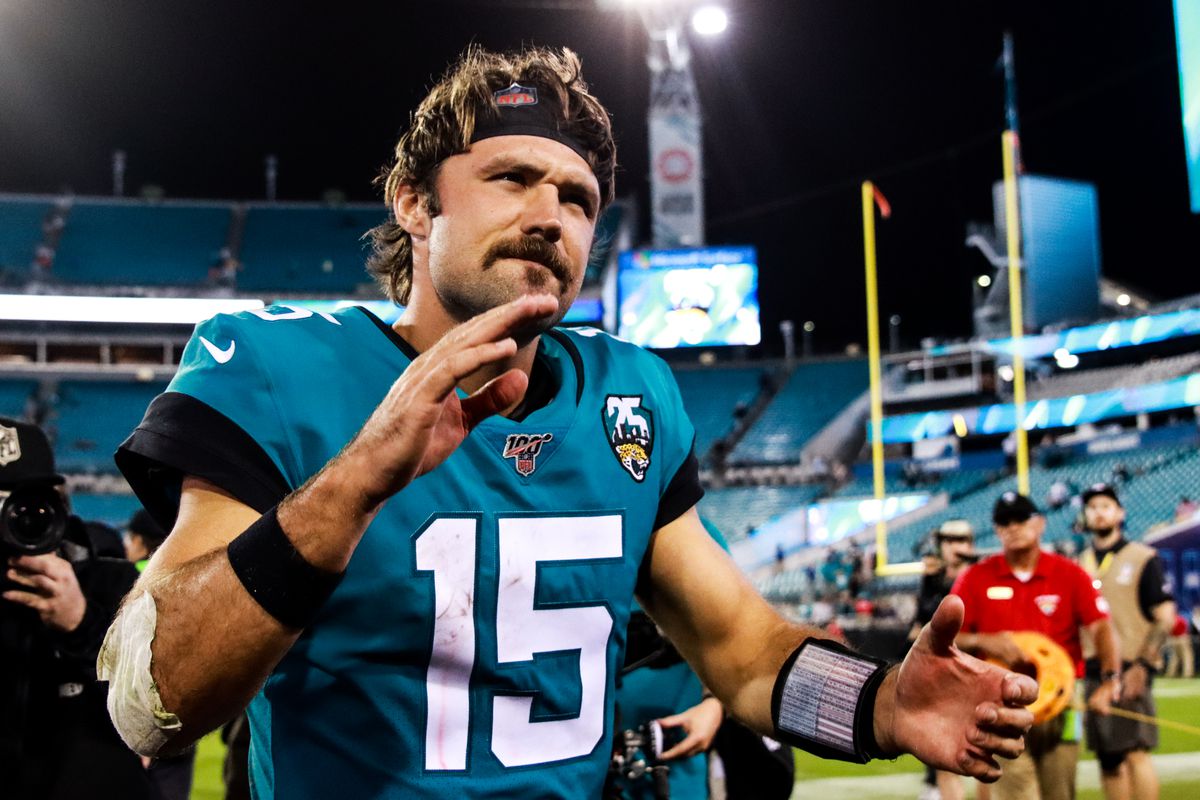 Although the Jaguars seem to be committed to Gardner Minshew after trading Nick Foles to the Chicago Bears last week, it doesn’t mean they shouldn’t bring in a veteran quarterback to at least push him. Minshew’s sample size is tiny – he started in just 12 games as a rookie last season. Jacksonville has over $20 million in salary-cap space to work with, so they have some money to give Newton a contract similar to what Marcus Mariota received from the Raiders ($7.5 million in his first year and laden with incentives).

Newton would have a chance to get 100% healthy while Minshew is the Jaguars presumed starter. If Minshew should be ineffective or suffer an injury, Newton would be more than capable of stepping in, much like how Ryan Tannehill did for the Titans last season as he helped the team reach the playoffs and an AFC Championship game appearance, revitalizing his career in the process. 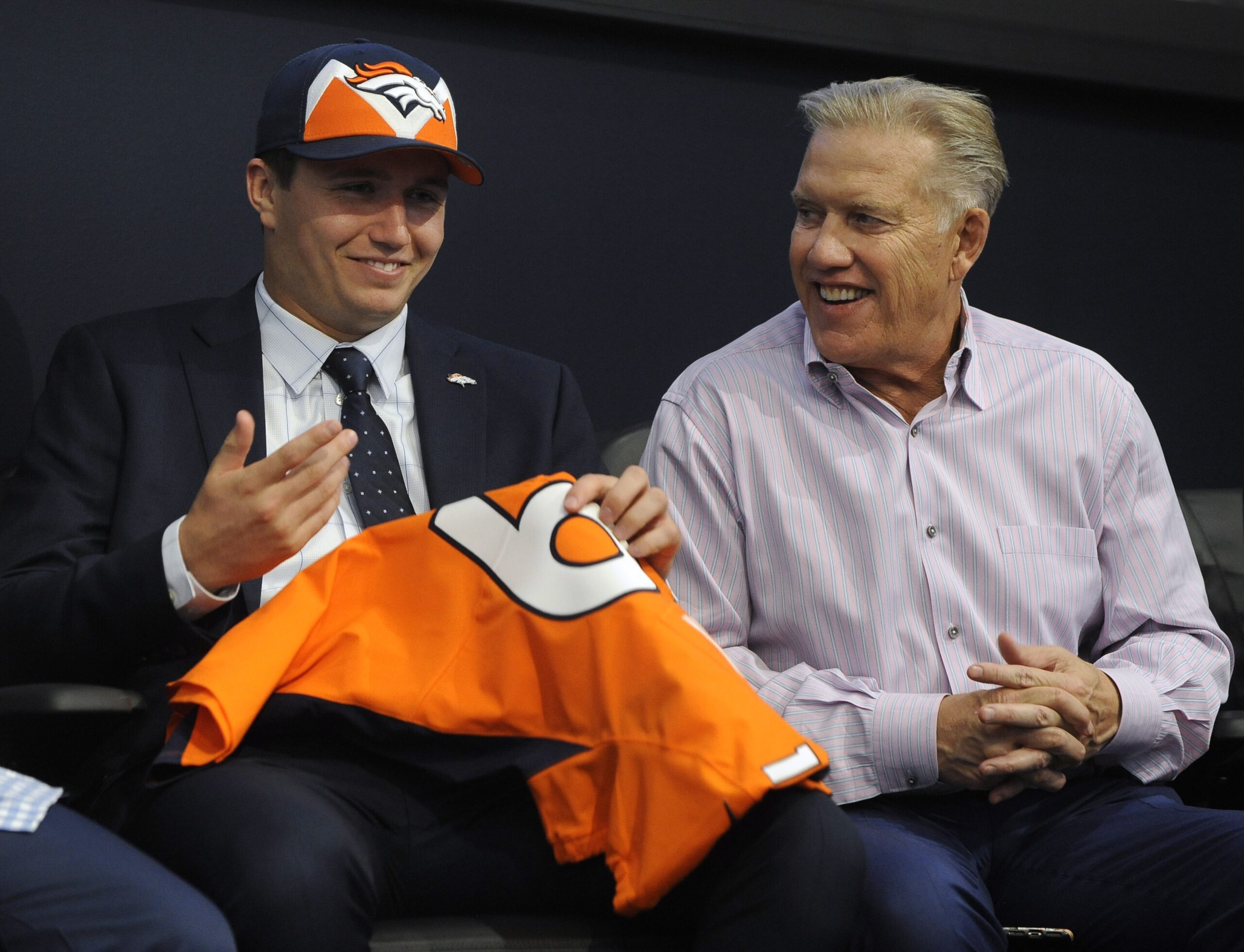 Broncos general manager John Elway has made it clear this offseason that Drew Lock is the team’s quarterback of the future – but Denver could use a veteran backup after releasing Joe Flacco. Signing Newton would provide the Broncos with a veteran with experience while providing some insurance just in case something happens to Lock – not to mention that Elway has said in the past that he would have drafted Newton had the Panthers not been ahead of him in 2011.

At $28m in cap space, the Broncos have the money to make a contract with Newton work. In a division with the Kansas City Chiefs, head coach Vic Fangio could use a veteran quarterback like Newton in case Lock struggles or suffers an injury.

So where next for Cam Newton?

The Miami Dolphins are the favorites to be his next destination.

On paper, the Dolphins may seem like a fit for Newton, but they already have a veteran quarterback they love in Ryan Fitzpatrick.

Not to mention three picks in the first round in which they’re expected select a quarterback with one of them. The only way the Dolphins may sign Newton is if they decide to redshirt a rookie QB like Tagovailoa for a year while letting Fitzpatrick and Newton compete for a starting job. This would also be a bit of a ‘spite signing’ to keep Newton out of the Patriots’ grasp – of all the teams on this list, the current roster may lend itself best to signing Newton – but projecting forward after the draft, it seems much less likely.