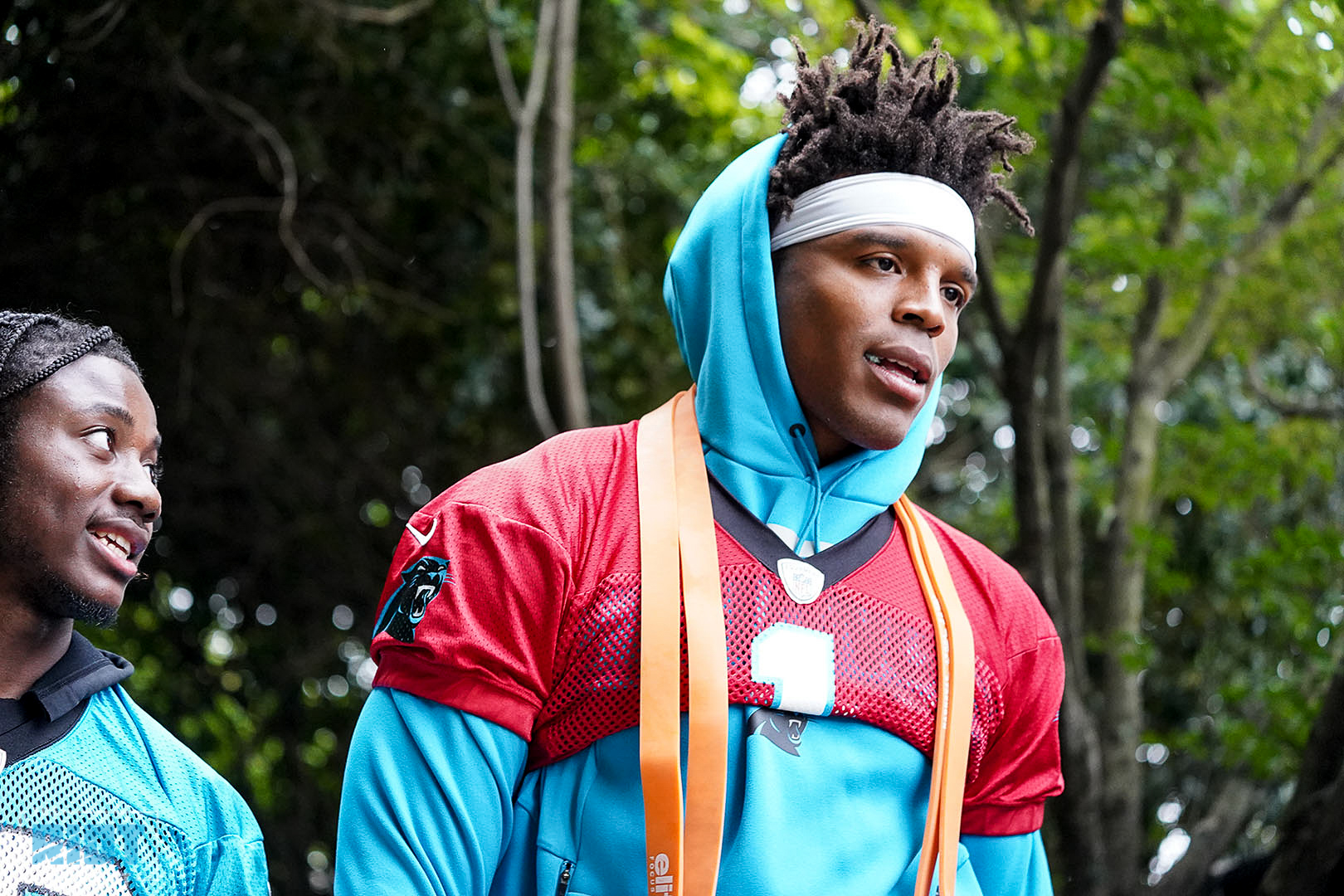 Cam Newton went through almost the entire 2017 offseason not throwing during team practices after shoulder surgery in March of that year – that season, the Panthers went 11-5, Newton threw for over 3,300 yards and started all 16 games.

So after an arthroscopic procedure to clear scar tissue in January, it wasn’t a surprise to see Newton working on the sidelines during drills, imitating a throwing motion with progressively heavier objects but not actually throwing a football, during the first 2019 OTA practice session open to the media.

But as they’ve been through it before and Newton appears to be on schedule, Ron Rivera isn’t worried.

“I’m very optimistic,” said Rivera. “What they’re doing is they’re taking it day-by-day, week-by-week and they’re evaluating. They’ll just continue to go through the process – there is no time frame.”

While Newton continues to work on the side, the throws were dominated by Taylor Heinicke, Kyle Allen and third-round selection Will Grier – while all had ups and downs throughout practice, it was Heinicke, who spent last season as Newton’s backup and started Week 16 before leaving with an elbow injury and eventually succumbing to injury, who looked the best on this day, completing long passes to Jarius Wright and Curtis Samuel during the final team drills of the morning.

“The biggest plus, more than anything else, is that we’ve got three young guys that we think can help us,” said Rivera. “We’re giving them every opportunity. We’re rolling guys through, each guys playing with a different group every day and so, I think that helps them [and] helps the guys around them.”

As Newton continues to work behind the scenes – as he did last season when not throwing during the week at practice, the Panthers’ franchise QB would stand behind the formation with Norv and Scott Turner analyzing the defense and taking ‘mental reps’, even stepping into the huddle occasionally, presumably to call the plays. A second season in Norv Turner’s offense after a 2018 where Newton was on pace for personal bests in multiple categories and a dark-horse MVP candidate before shoulder soreness affected his play is something that Ron Rivera is very excited about.

“I think the first year was a learning curve and unfortunately, the arm weakness came up,” said Rivera. “I anticipate a nice big step this year.”