Cam Newton To Throw At Next Week’s Mini-Camp 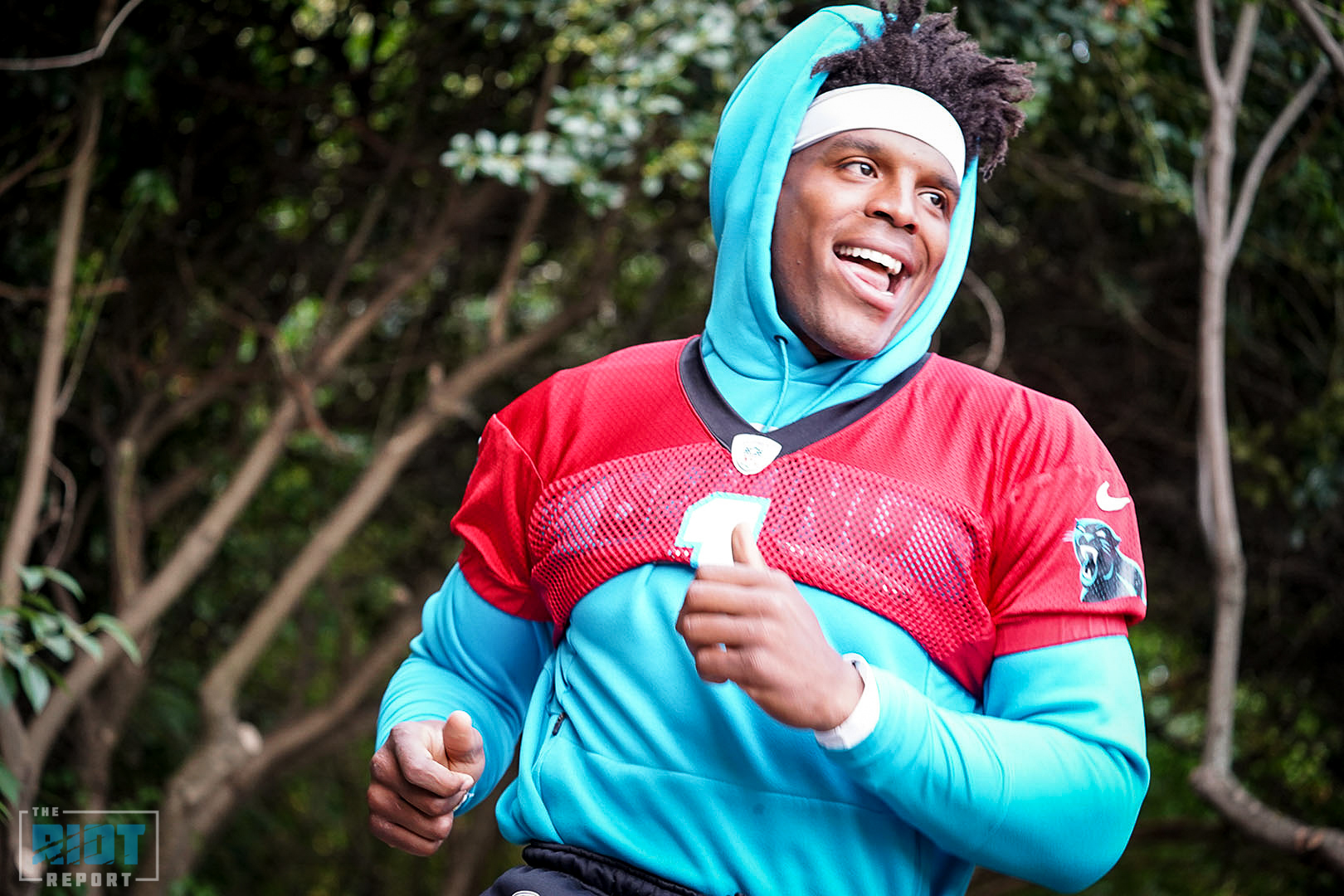 After a procedure to clean out his shoulder in January after the season ended, Carolina Panthers quarterback Cam Newton rehabbed his shoulder all winter and spring, from having a personal trainer work with him at his home in Atlanta to making throwing motions and doing calisthenics on the sidelines alongside head athletic trainer Ryan Vermillion while his backup quarterbacks threw during drills at OTAs  – and now, the next step will be taken in the process as Newton has been cleared to throw during mini-camp next week, Max Henson reported on Panthers.com.

Mini-camp, which takes place Tuesday, Wednesday and Thursday, will be the final practice sessions before the Panthers depart for their ‘summer break’.

“This is all part of the rehab process,” head athletic trainer Ryan Vermillion told Henson. “Cam has worked extremely hard this offseason with his rehabilitation and his preparation. He’s going to continue the throwing program Tuesday and we’ll advance it as we monitor his progress.”

“He’s achieved every milestone we’ve set out for him so far in preparation for this.”

How good can the @Panthers be under a fully healthy @CameronNewton?

“There is no more pivotal player in the NFL than Cam Newton.” —@KyleBrandt pic.twitter.com/ErQ4aLOISX

While Newton will throw to stationary targets next week in front of the media, many Panthers fans actually saw the “most pivotal player in the NFL” throw during a private practice two weeks ago after a fan clandestinely taped Newton working out on the Bank of America Stadium practice fields – don’t assume that the first time the Panthers franchise quarterback uncorks a pass, even a short one, will be in front of the media next week.

While Newton is scheduled to throw during all quarterback drills, the decision of whether he’ll participate in team drills in which the offense practices plays they’ve just installed against the defense will likely be made after evaluating how Newton feels after throwing during individual drills.

Whatever participation Newton has is an encouraging step forward for the quarterback who has had two shoulder procedures in the past three offseasons – after having surgery in March of 2017, Newton didn’t throw during offseason activities and was held out of throwing for most of training camp – the Panthers went 11-5 and Newton rushed for a career-high 754 yards on 139 carries but threw for the lowest 16-game yardage total of his career with only 3,302 yards in the air. Newton appears on schedule to be a full participant at training camp this season with the hopes of being fully healthy for the season opener against the Rams – but throwing the football at practice?