Cam Newton Will Not Travel To London 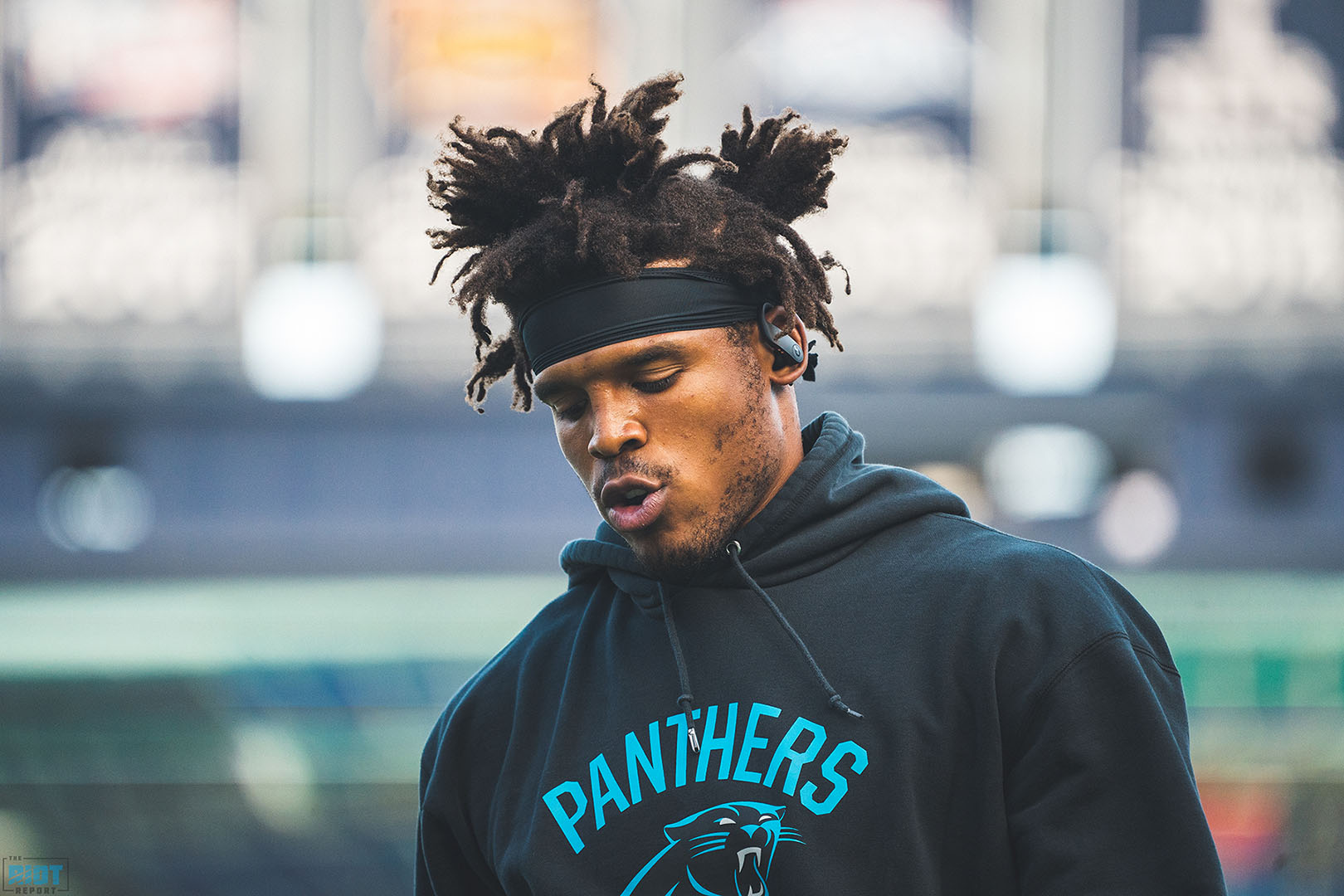 For the first time in 28 days – since prior to the Panthers’ Week 2 game against the Tampa Bay Buccaneers – Panthers quarterback Cam Newton was in attendance during practice.

Newton was seen heading into practice on his electric bike in good spirits but wasn’t on the field during the portion of practice – the quarterback has been out since after the Buccaneers game in Week 2 with a Lisfranc injury and there is no timetable for his return. .

“He’s continuing his rehab,” said Ron Rivera. “We’re just going to continue from there – we have no timeline. Again, he’ll go through whatever they have planned out or mapped out for him and then as we progress, we’ll see.” 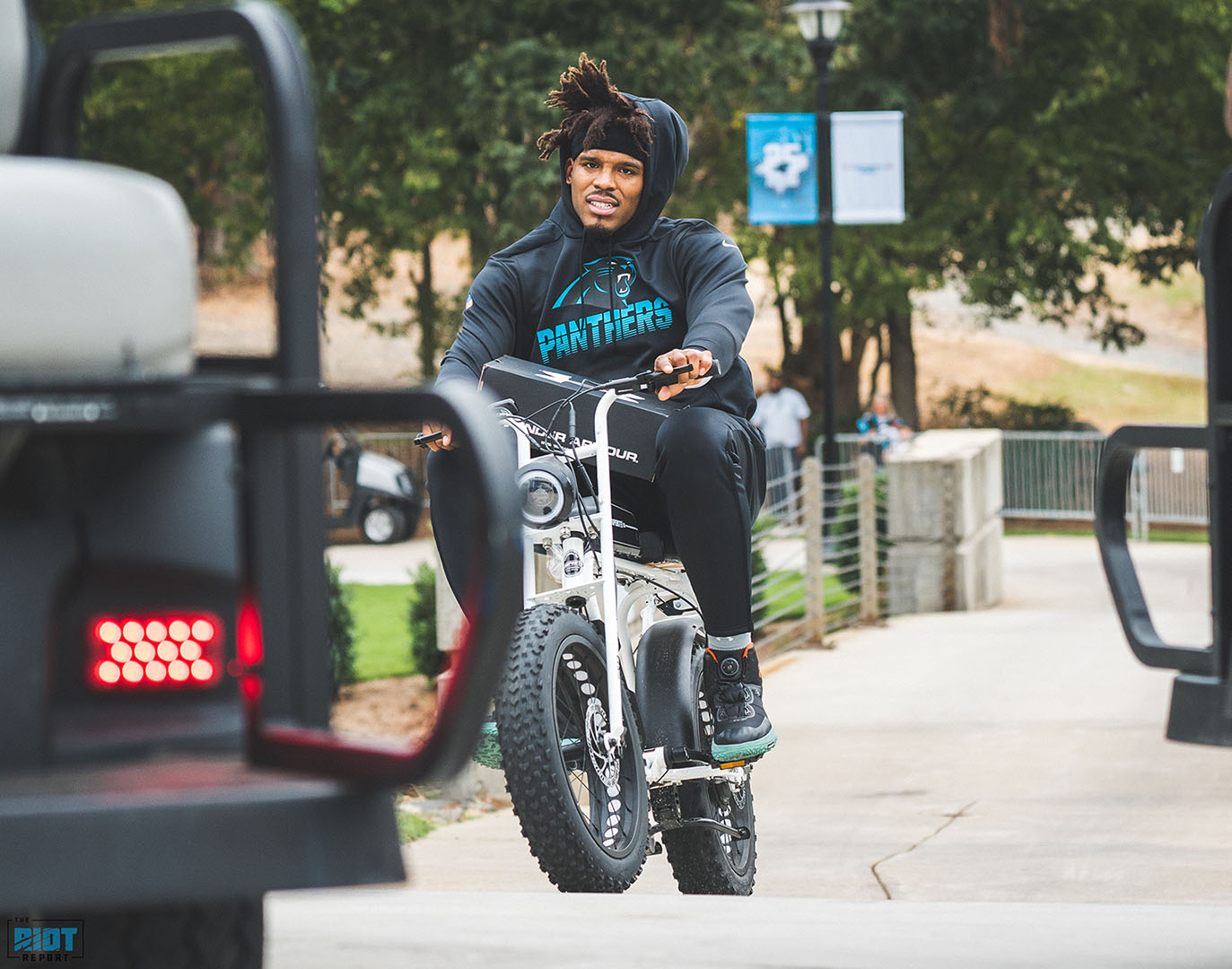 But Rivera and the team announced Tuesday that their franchise quarterback would not travel with the team for London when they leave tomorrow evening and would continue to discuss whether players like Trai Turner and Greg Little, who both didn’t practice and missed last week’s game, would head across the pond, hinting that players who were on the team plane were at least “close” to playing.

But that isn’t the case for Newton.

“Medically, it’s the best thing – to keep him from being on an airplane for eight hours and standing up all the time,” said Rivera. “So he won’t make the trip – Kyle’s our starter and we’ll continue that way and looking forward to focusing in on getting ready for Tampa.”

While Newton was not seen on the sidelines this past weekend in the Panthers home win over the Jaguars and hasn’t traveled with the team the past two weeks, backup-turned-starter Kyle Allen said that Newton has been in the building everyday attending meetings and watching film, helping to guide both he and fellow backup Will Grier.

“I don’t think that was a big deal,” Allen said about Newton not being on the sidelines. “I’m not sure whether he was there or not [Sunday], but he was there with me Tuesday, Wednesday, Thursday, Friday [in the] meeting room [and] film room.”

“He’s been doing everything. It’s like I’ve always said – he’s played against all these teams in the league….he’s seen the schemes, he understands what they’re trying to do and he’s just a veteran player. It’s always good to get his opinion on things [and] how he sees things.”

The Panthers play the Bucs at 9:30a EST on Sunday at Tottenham Hotspur Stadium in London.