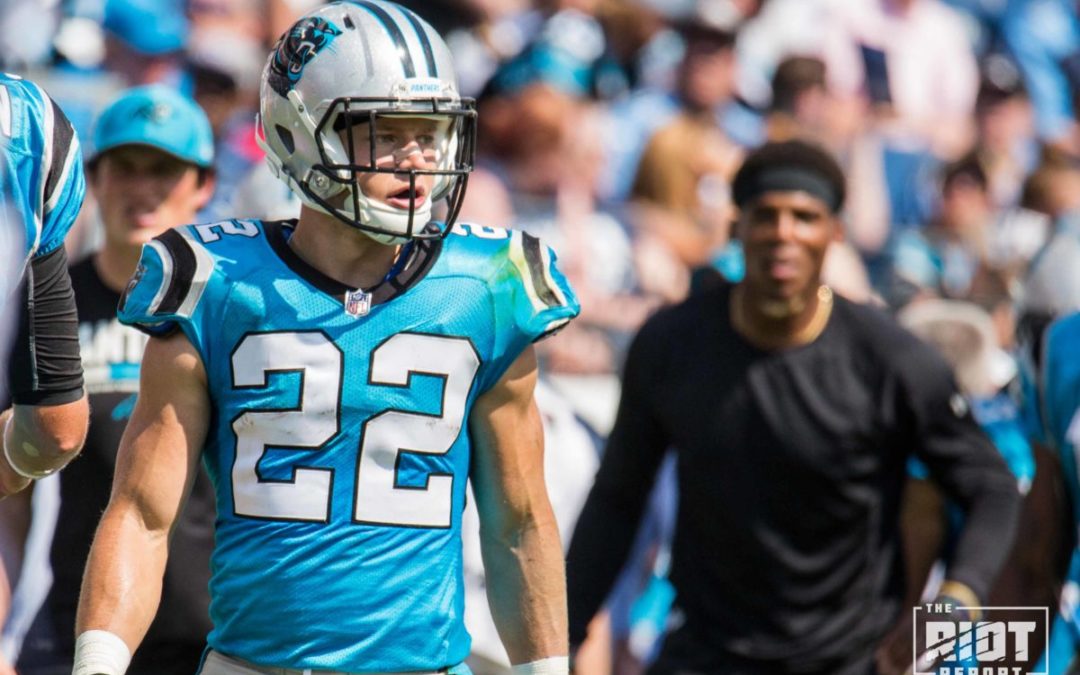 Christian McCaffrey is a hugely talented player who had an exemplary college career, yet it should still have come as a surprise that the Carolina Panthers were willing to draft him as high as they did. After all, top ten running backs have been very rare in recent years and McCaffrey’s stature and playing style stands in stark contrast to that of the traditional bell-cow running back.

Since 2012, just three running backs have been drafted in the top ten: Trent Richardson, Todd Gurley and Ezekiel Elliott. All of them are more than twenty pounds heavier than McCaffrey and all saw at least twenty touches per game as a rookie. To put that in perspective, no Panther has averaged twenty carries per game since Stephen Davis back in 2003. In order for McCaffrey to have a similar impact to other running backs drafted so high, the Panthers will need to use him as far more than a ball carrier.

In order to get sufficient value out of McCaffrey, the Panthers will need to commit to changing their offensive approach. And whilst there have been mixed signs of this change throughout training camp, this two-part article will explore first how the Panthers have historically used running backs and then how a shift in offensive strategy could significantly aid the Panthers’ attempt to get back to the Superbowl in 2017.

The offensive system the Panthers have run for the past few seasons has, for the most part, been highly traditional, especially the passing game. They look to establish the run and then counter with a deep passing game using shorter passes only when the deep pass is taken away. The issue with such a system is that it involves pass protecting for longer than in offenses which focus on the short passing game.

This is a problem because pass protecting isn’t easy which often leads to Newton being put under pressure when he drops back to pass and then leads to sacks and interceptions. Additionally, the margin of error on longer throws is larger than on shorter ones. All this is born out in the numbers, with the Panthers ranking second in yards-per-completion last season, but twelfth in sack percentage, fourth in interception percentage and dead last in completion percentage.

The problem is exacerbated by how the Panthers look to mitigate it: by using more players as blockers, typically running backs. This reduces the number of receivers Newton has to throw to, increasing the likelihood of there being nobody to throw to, which in turn only leads to more incompletions, more sacks and more interceptions. The play below is an obvious example of this. There are only two routes being run because Jonathan Stewart and Ed Dickson stay in to block so that Devin Funchess’ route can develop, which it doesn’t. Newton doesn’t have enough time anyway, and the pass falls harmlessly incomplete.

To examine this further, plays can be conveniently divided into those where the defense blitzes and those where they don’t; or at least blitzes fewer defenders than the Panthers have blockers. First, let’s examine the plays where they do blitz. On the following plays, the Panthers correctly assess the number of blitzers and keep the running back in to block. Try not to worry about the outcome of the play and look just at the running backs in question.

On both plays, the running back is easily beaten by the defender whom they are assigned to block, a common theme when running backs are put in such situations. Simply put, linebackers are generally better pass rushers than running backs are pass protectors, but even that assumes that the play gets as far as the running back correctly picking up the extra rusher. Often, the addition of extra blockers into the protection scheme leads to communication issues. On the following play, the Panthers have seven blockers to pick up the seven defenders, but with so many players the assignments get confused and a linebacker is allowed a free run at Newton.

Next, let’s look at the plays where the defense doesn’t blitz, but the Panthers look to use an extra blocker regardless; this can be deliberate or a missed diagnosis of a blitz. The obvious problem this creates is that is decreases the number of receivers Newton has to throw to, as mentioned earlier. On all of the plays below, the defense has at least two more men in coverage than the Panthers have receivers.

The only justification for keeping these backs in would be if they dramatically increased Newton’s protection, giving the remaining receivers enough time to get open. However, what is clear from all the plays above is that this often isn’t the case. So, how did the Panthers get here? Why did the offense decline so much in 2016? How can running backs be better used in the passing game instead of kept in to not help in pass protection?

For the first question, the easy (and largely correct) answer is that the offensive line fell apart due to injuries after the first couple of games. Michael Oher, Ryan Kalil, Gino Gradkowski and Daryl Williams all missed significant time. Offensive lines aren’t expected to deal with this density of injuries, especially not those put under the kind of pressure the Panthers’ face on a weekly basis.

The other, slightly harder-to-swallow reason is that Cam Newton simply wasn’t as good as he had been the previous year. While he may not have performed as poorly as some have said, when the passing game relies on one player’s ability to throw the ball deep, they can’t afford for that player to have a bad game, let alone a down season. Only Carson Palmer had a higher percentage of his throws go for first downs in 2015 and, like Newton, his performance dipped in 2016 to the detriment of the team.

The answer to the second question lies in those offenses which have shown consistent excellence in recent years. No two quarterbacks have had more consistent success than Peyton Manning and Tom Brady and both heavily used running backs as receivers. Brady, and by extension the Patriots, have taken this further than anyone in recent years and their offense should be the basis of any overhaul for the Panthers, something that will be explored on Wednesday in the second part of this article: 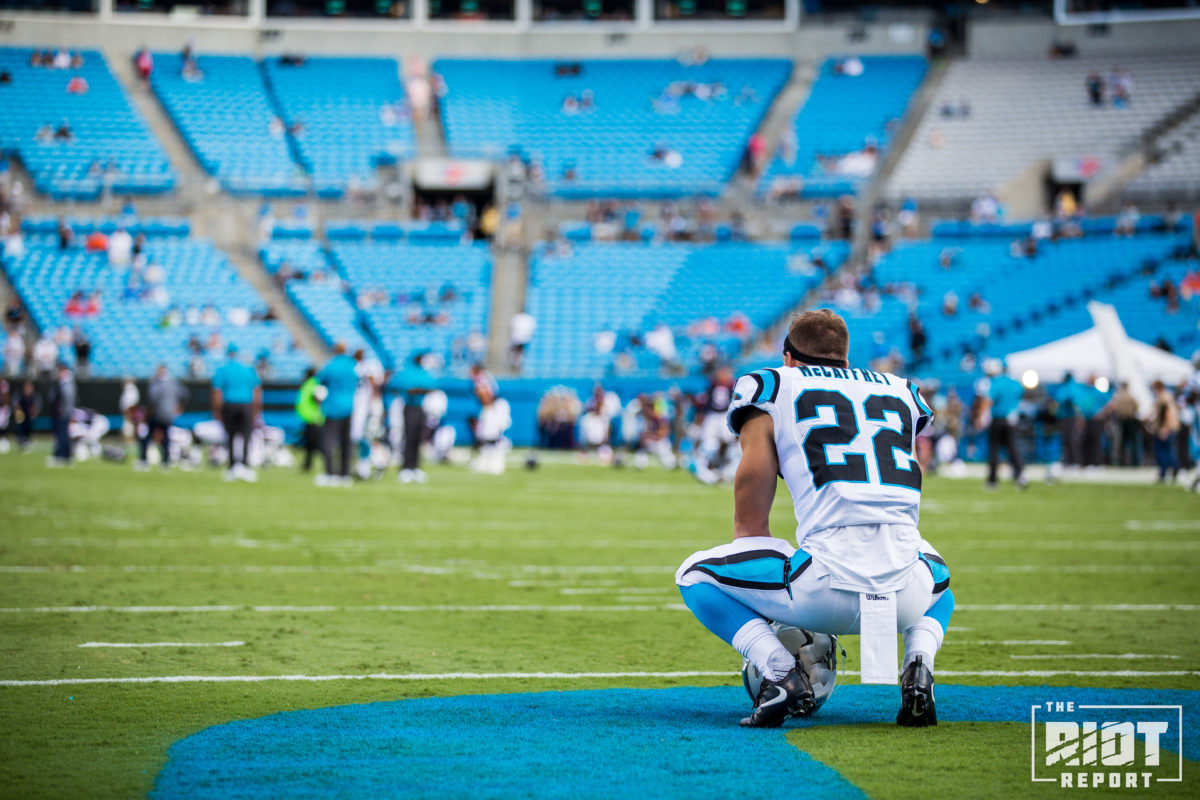