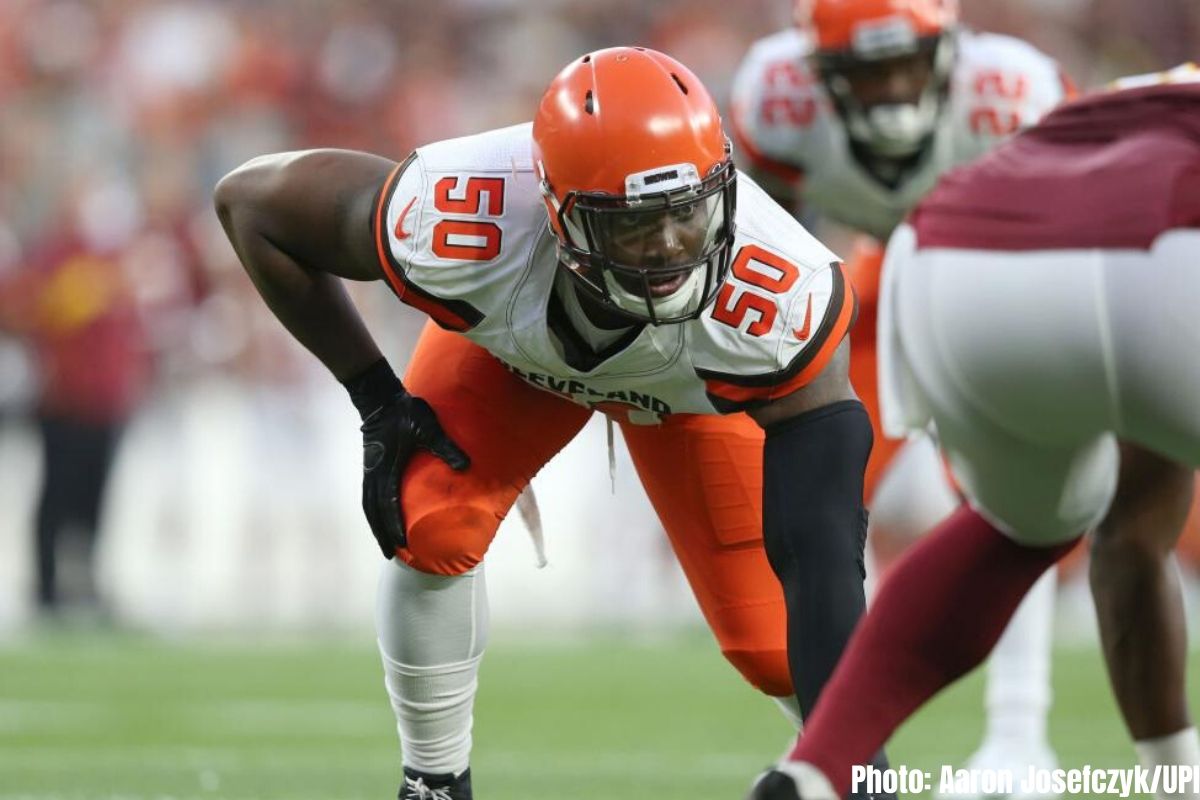 While the Panthers continue to build their team with an eye towards the future, moves need to be made in the present to have Carolina ready to head into the 2020 season – and with a lot of turnover coming on the defensive side of the ball, the Panthers made a move Wednesday to improve their depth up front, with Adam Schefter reporting that the Panthers had signed 28-year old defensive end Chris Smith.

Smith, who spent time with the Bengals and Browns after three years in Jacksonville, grew up less than an hour north of Bank of America Stadium in Mount Ulla, NC and played his high school ball at West Rowan High School in the Rowan-Salisbury School District before attending the University of Arkansas and being drafted in the fifth round of the 2014 Draft by the Jags.

Smith has recorded 68 combined tackles, 8.5 sacks and six passes defensed in his 60 career games, with his most prolific time coming in his single season in Cincinnati where he had 26 combined tackles, three sacks and nine QB hits – all career highs. Smith was a rotational player who played just over a third of the defensive snaps and added some help on special teams as well.

#Bengals Chris Smith has been living in the Chiefs backfield all night. Bulldozing OL pic.twitter.com/dzCLlZGHAT

Smith signed a three-year deal with the Browns in 2018, but tragedy struck last September when Petara Cordero, Smith’s girlfriend and mother of one of his children, was hit by a car and killed as the couple waited for help to change a blown tire next to Interstate 90 in Cleveland.

Related:   Football Doesn't Last Forever: How Players Like Chris Manhertz Are Preparing For Life After The Game

Smith played in a game against the Jets just days later.

“When it first happened, I was ready to give up. But I had to just think about my daughter and stuff, and she would want me to play,” Smith said after the Browns win over the Jets. “I got to play for her. She’s my why. My daughter’s my why. My other two kids are, too. But for my youngest, I’ve got to be Mom and Dad. God has stuff happen for a reason. Sometimes we don’t understand God’s plan, but she’s in a better place now. The rest of my life, I’m going to fight for her.”

Less than three months after Cordero passed away, the Browns released Smith.

“It is very difficult any time you release a player that is the type of person that Chris is,” said Browns coach Freddie Kitchens at the time. “He is certainly a good person. Our football relationship ended, but that does not mean our personal relationship from my standpoint, his teammates and this organization. We will always be there to support Chris.”

As I continue to grow each day into this single father role for my daughter Haven, I am having to get used to and be mindful of the things I know her mother @tarajesss would want to do, would want me to do and what she would have done. Her mother is no longer with us physically to do the things moms do for thier kids. So I thank all my family, her family and my friends who continue to support us everyday. Sorry baby @tarajesss I’m a lil late just like you always were 😂 … #Haventook1month … #Haventakes2months #petara4ever

Prior to signing with the Panthers, the 6-1, 228-pound Smith visited Cincinnati but ultimately signed with Carolina.

Smith will likely join the defensive end rotation along with Christian Miller, Efe Obada and Brian Burns with more additions still yet to come – the timing of the signing, coming before the free agency period opens in a few weeks, means that this one-year deal would not affect the compensatory pick formula for 2021.