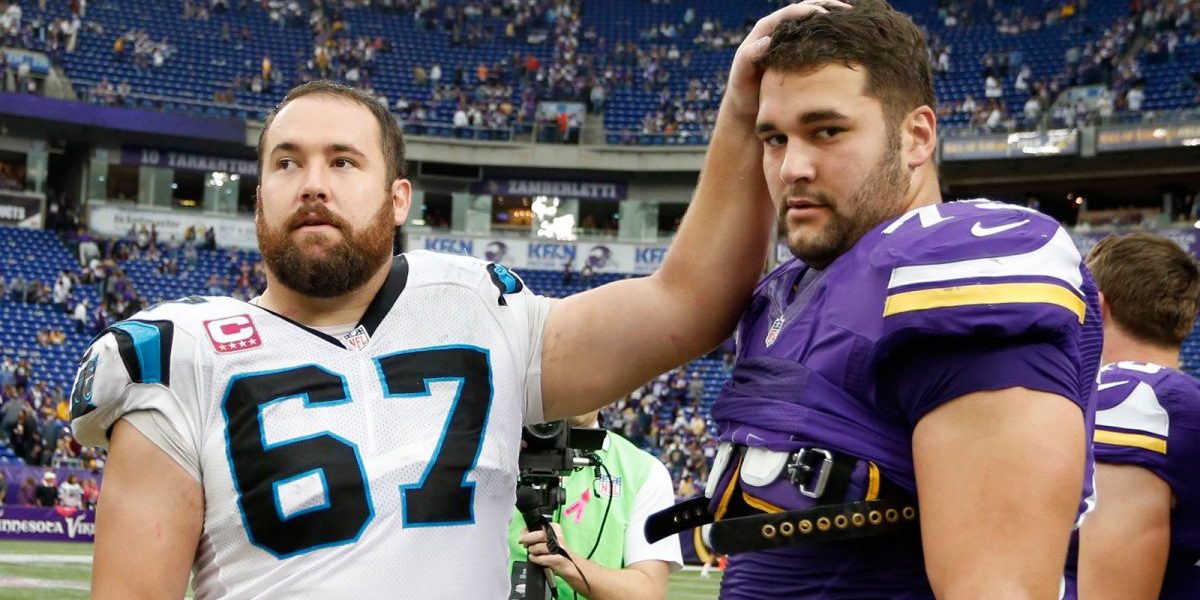 When you first hear the terms of the contract for the Carolina Panthers’ biggest free agent acquisition of 2017, they are almost breathtaking. Five years and 55 million dollars for a left tackle who missed 14 games last season and has averaged a Pro Football Focus grade of 49.7 the past three seasons (for reference, an average player achieves a grade of 75) seems like a bridge too far until you begin to delve into the details of the contract. Once you see the full picture, could it be that Matt Kalil is actually a properly priced left tackle or even….gulp….a bargain? Buckle up, because we’re about to use a lot of numbers and throw around sentences like “Sixteen million dollars seems totally reasonable.” Let’s make a few cases:

As shown in the table above from Spotrac, while Kalil’s contract may seem huge, the cap hit the next two years is actually minimal, with only a $4M hit this year and $6.75M in 2018. Because of the NFL’s exponentially rising popularity and revenue streams, the salary cap has risen almost $50M since 2013 ($120M to $168M in 2017) and one can expect that growth to continue. Even assuming an $11M increase per year, here is the percentage of the cap Kalil’s contract will take up if he fulfills the entire agreement:

While spending almost 8% of the Panthers’ cap room on one player (the only player taking up that much cap space in 2017 spends most of it on Oikos and Buicks, if you catch my drift) may not sound palatable, if Kalil lasts until 2020, that will mean he has been a reliable starter for the first three years of his deal, and $16M for a reliable protector of the franchise quarterback’s (ahem) blind side will seem like a steal.

Here is the bottom line – Kalil will be on the roster until at least 2019, but his play in the upcoming season will dictate just how high his cap hit will be in 2018.

Case 3: Supply & Demand AKA The NFL is Crazy

From Pro Football Focus (F) to Bill Barnwell (D-), almost all media outlets have roundly criticized this deal. Most writers deemed the contract a poor decision, but when looking at other offensive lineman signings this offseason, Kalil’s front-loaded and easily escapable deal seems much more palatable than similar deals for Russell Okung or Kalil’s replacement in Minnesota Riley Reiff (who seems to grade out as only a slightly better tackle than Kalil himself). The price of a starting quality offensive lineman continues to rise, and coaches John Matsko and Ray Brown have shown that they can take castoffs from other teams and turn them into quality lineman. The signing of Michael Oher in 2015 was met largely with scoffs from NFL writers around the league, but Oher helped the line rate as the second-best in the league that season. 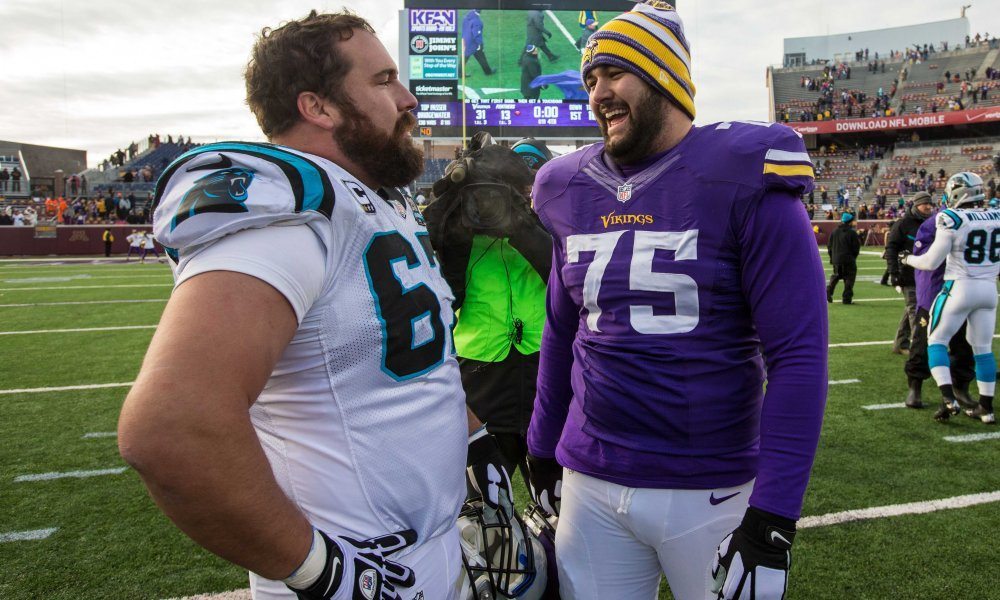 Only time will tell if the Kalil signing will be considered as successful as the Oher signing was after the 2015 season, but if your initial reaction was (admittedly, like mine): “HOLY TOLEDO THEY SPENT HOW MUCH ON WHO???”, this breakdown should help to calm your fears.