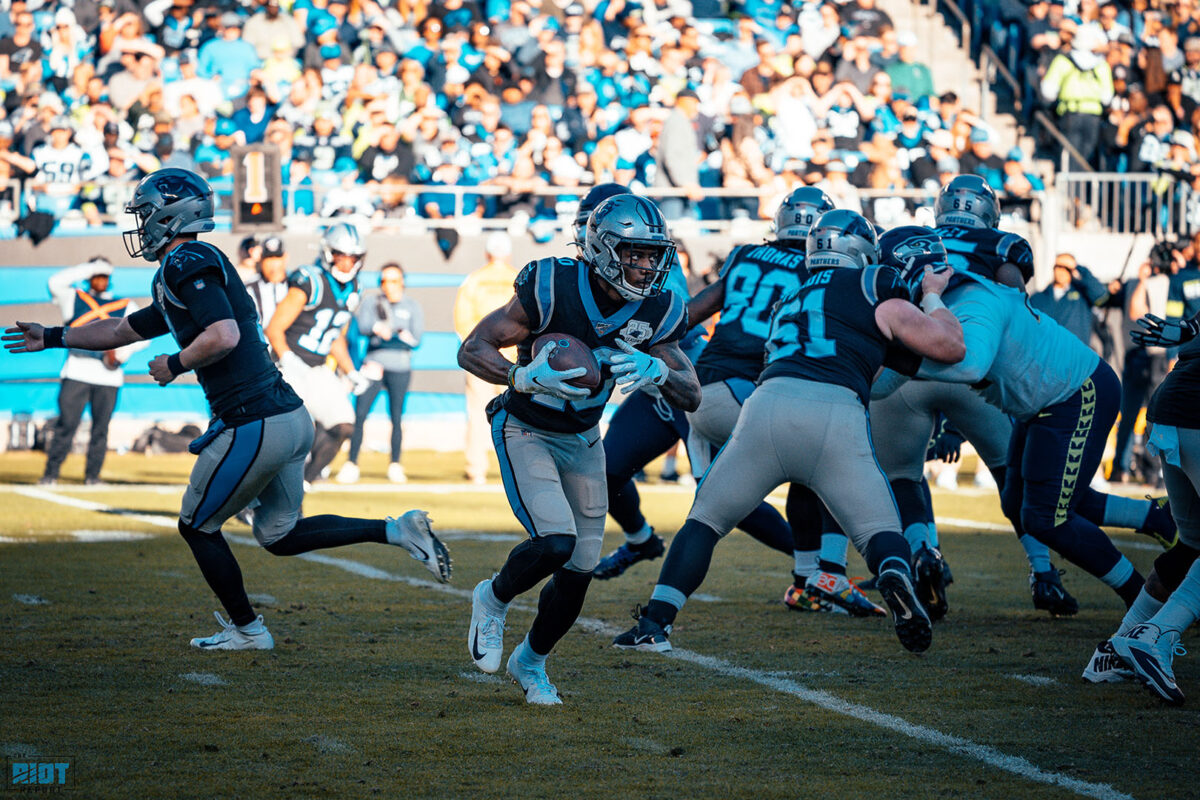 The Panthers have a tough task awaiting them at Arrowhead Stadium on Sunday – one of the best offenses in NFL history and a defense that leads the league in turnover margin, along with the glimmer of Super Bowl rings to remind one of the youngest teams in the league exactly who they’re facing. All those add up to the reason why the Panthers are double-digit underdogs for only the third time since 2011, according to Pro Football Reference.

And while getting the best running back in football back on Sunday will certainly help in that endeavor, Christian McCaffrey and Mike Davis will almost certainly be joined by Curtis Samuel in the backfield, whose versatility has been unlocked even further in the Joe Brady scheme.

Samuel, who has 353 total yards on only 48 touches thus far this season, has continued the electricity he demonstrated his first three years in the league – last week against the Falcons was a perfect example: the first time he touched the ball was a 12-yard rush out of the backfield for a touchdown and his third was a 29-yard touchdown reception on a flea-flicker. It was his third game with both a receiving and rushing touchdown in the same game – second-most all time among wide receivers in NFL history.

“Curtis is just so explosive, his first step,” Teddy Bridgewater said. “Once he gets the ball in his hands, he’s able to make guys miss.”

His ability to find the end zone as a ballcarrier has been impressive thus far in his career – his five career rushing touchdowns are tied for fourth-most among NFL wide receivers since the merger.

Samuel has also added third-down prowess to his resumé this season – his 16 third-down catches, 12 of which have produced first downs, both rank second in the NFL in 2020. And this week, Samuel has a chance to make franchise history as he needs only 19 rushing yards to pass Steve Smith (387) for the most career rushing yards for a Panthers wide receiver.

His 368 career rushing yards currently rank second. Samuel has accumulated that rushing yardage in 45 games on 50 carries – Smith had 57 total carries for 387 yards in 182 career games as a Panther. 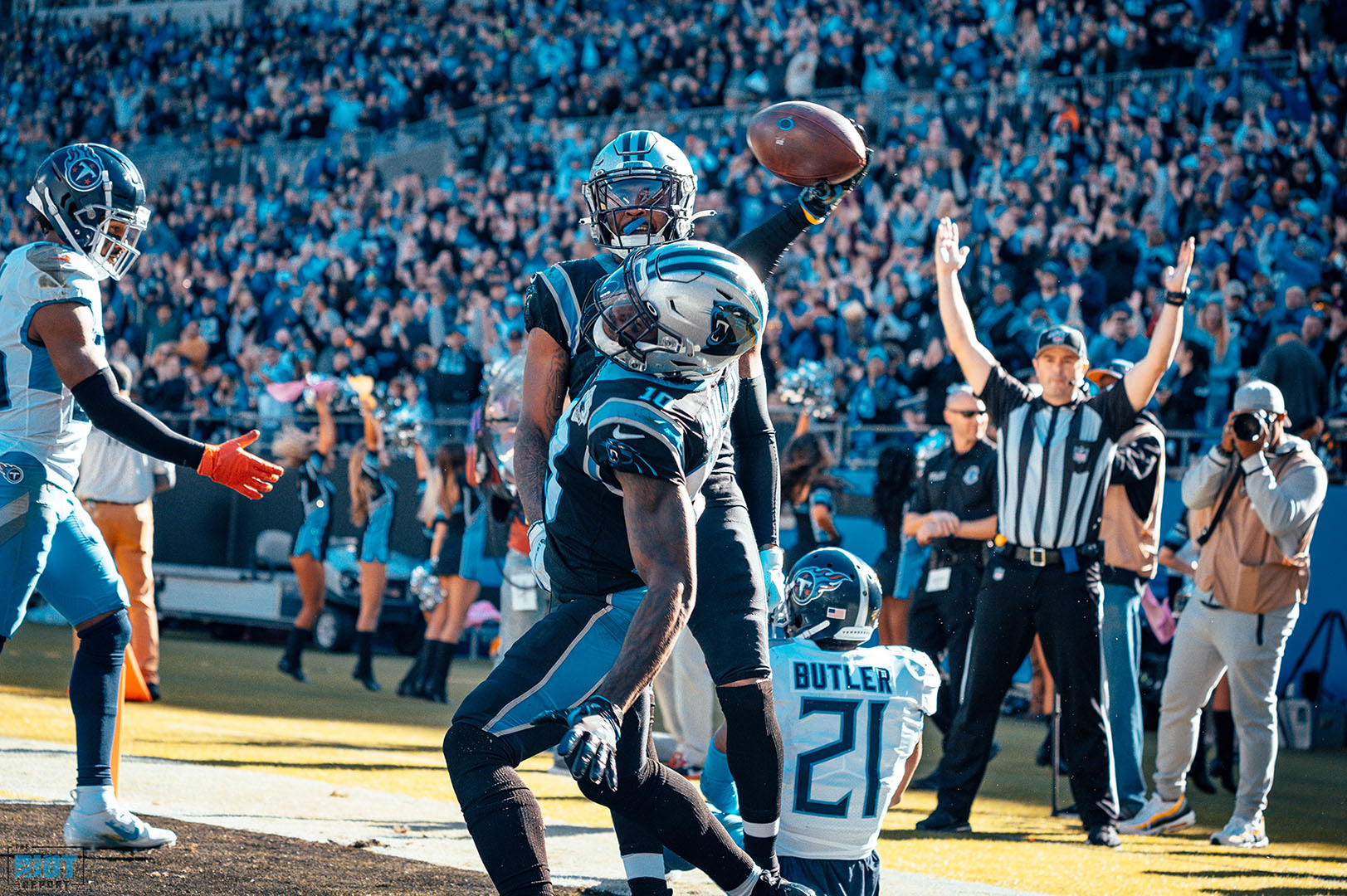 The Panthers certainly aren’t intimidated by the Chiefs – “they put their socks on just like how we put our socks on,” according to tight end Ian Thomas. And the path to victory in Kansas City may very well be in keeping the ball on the ground and in the Panthers’ hands.

The Chiefs’ passing defense is fourth against the pass in terms of DVOA, but they rank 27th against the run. And with McCaffrey set to make his return and Davis, who ranks second in the NFL with 23 missed tackles, both available in the backfield, it should help the Panthers to keep the ball out of the Chiefs’ hands. The Panthers lead the league in drives of 13 plays or more and while Joe Brady won’t admit it, keeping the ball out of Patrick Mahomes’ hands could be a key to victory – the Chiefs’ only loss of the season came in the only game the Chiefs’ possessed the ball for less than 25 minutes.

Curtis Samuel should be able to help do that – not only through the air, but on the ground as well…and he might just set a record while he does it.