Defense Answers The Challenge In The Fourth Quarter 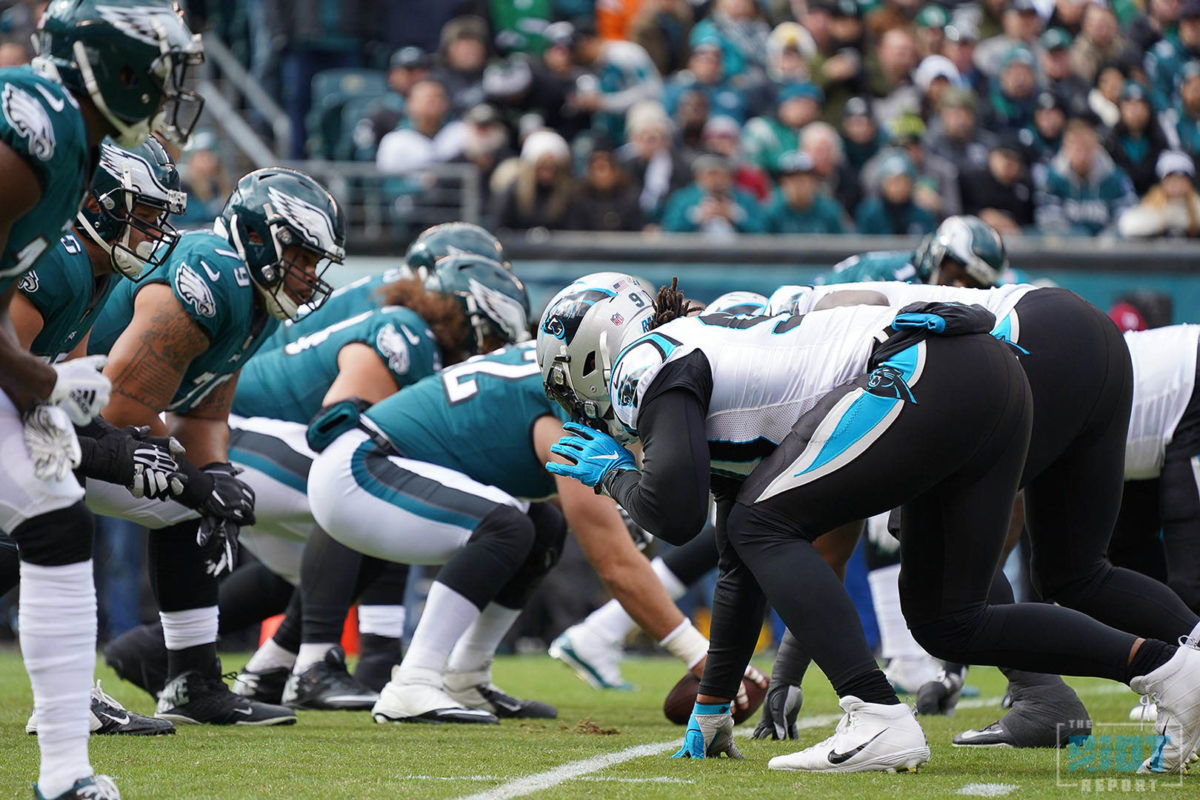 Philadelphia Eagles’ quarterback Carson Wentz had everything he wanted in this game. He completed 30 of his 37 pass attempts for 310 yards and had two touchdowns, even dropping fifteen straight completions at one point in what looked like a blowout win for the defending Super Bowl champs. The Carolina Panthers’ defense had no answers for the Wentz and the rest of the Eagles – at least for three quarters.

Down by 17 going into the fourth quarter, it looked as if this game was over, but in the Panthers did enough to get off the field twice before forcing Carson Wentz into what appeared to be a game-ending interception on the final possession – and when the referees overturned the interception, they even threw in a Julius Peppers strip sack in the final seconds of the game for good measure.

“It definitely was a tale of two halves,” Panthers safety Mike Adams said. “I mean, [Zach] Ertz got off in the first half. You know, we couldn’t stop him. Hats tipped off to him, but Carson Wentz also made some great throws; we had him in great coverage, and he made some great throws. Can’t take that away from him.”

Adams said in the second half that the defense made some adjustments and tightened down, the key to turning things around revolved around shutting down Ertz, who came into the game second in the NFL in receptions, in the fourth quarter. Ertz had nine receptions totaling over 138 yards overall, but when it mattered most – the fourth quarter – he had only one reception for 14 yards.

Related:   Not What You Think: New Rhules

“At halftime, Rivera and [the coaching staff] came in here and challenged us, challenged this defense. Challenged every man on this team,” Thompson said. “We stepped up. We accepted the challenge. This defense, we held them in the second half, and they didn’t score.”

“Proud of these guys – they came out here and fought.” 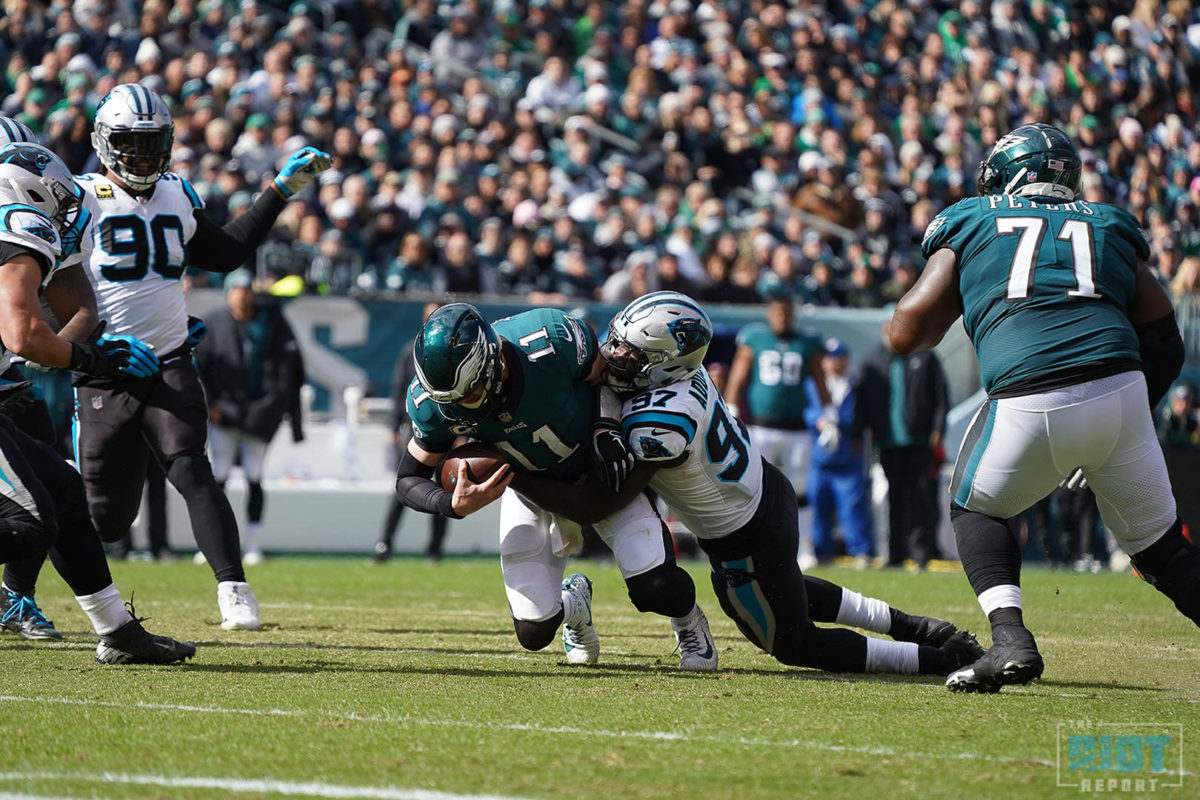 While Thompson isn’t exactly right – the Eagles scored on their first drive of the second half on a 94-yard drive that Captain Munnerlyn said felt like it lasted the entire quarter – momentum began to shift towards the Panthers’ favor once the defense began to close in on Wentz in the fourth quarter as the Panthers mounted their comeback. After converting a third down with 8:42 left in regulation, the Eagles would not move the chains again until their final drive, with 1:17 left in the fourth quarter – even then it was via pass interference penalty.

As the Eagles offense became stagnant, the Panthers defense continued to capitalize by sacking Wentz twice and getting a crucial forced fumble at the end of the game that sealed it – Adams said this come-from-behind victory speaks to the resiliency of this team.

“When you’re away, you have to feed off of each other – you can’t feed off of the crowd. They were the home team and we just fed off of each other,” Adams said before breaking into a grin when asked about starting faster next time. “That’s always key – starting fast – but in football it doesn’t happen like that because they get paid too. They get paid to start fast. We got to do what we did [in] the second half. I’m sorry if people had a heart attack. I apologize, but we had that.”

“That was our plan the whole time.”

The 37-year old safety said this come from behind victory ranks as one of the top three wins he has been a part of in his 15-year career, mentioning this win could very well be the best one since they came back from being down 17 against the defending Super Bowl champions at home. Adams said being victorious tonight should help the Panthers grow as a team and lead to more success down the road.

Unlike in Washington last weekend, The Panthers found the end zone when they needed to, and the defense stiffened at the end. Carolina improved to 4-2 on the season and will host the Baltimore Ravens on Sunday.