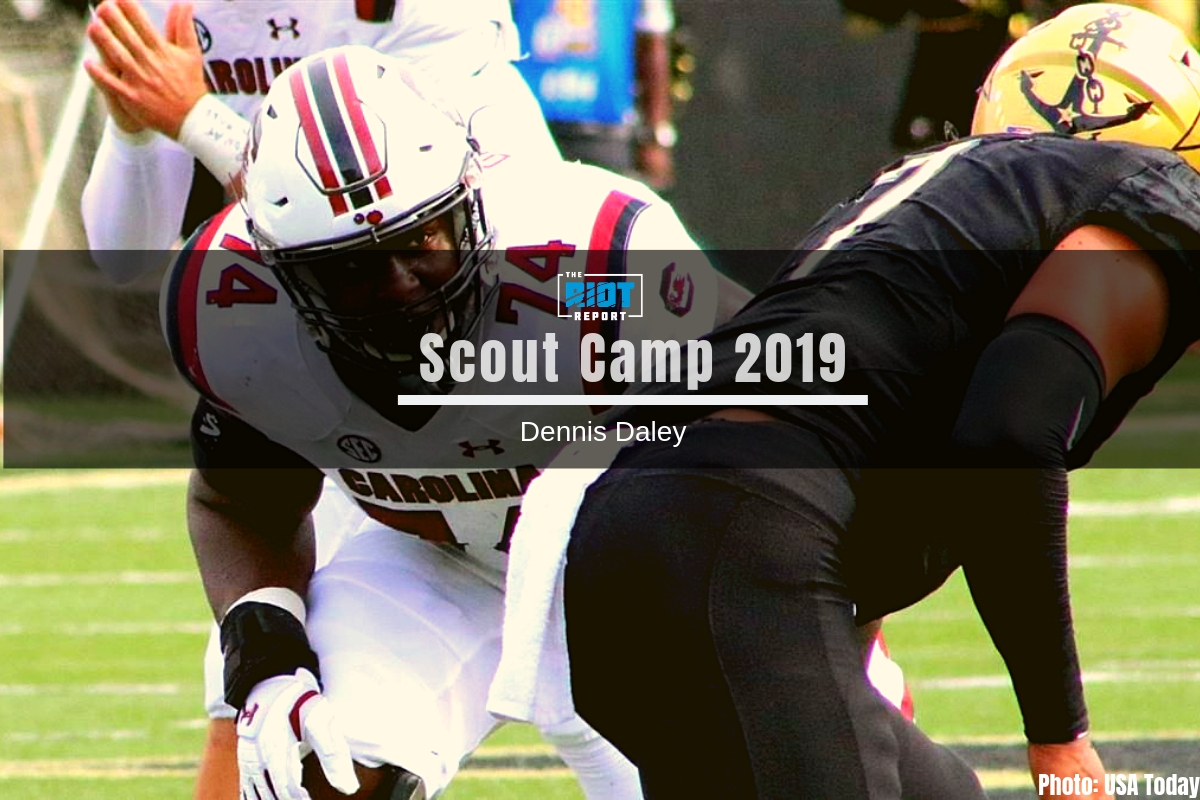 When teams look to draft prospects, they generally do so based on who they are right now – often referred to as their floor – and who they might be able to develop into – their ceiling – with adjustments for non-football factors made wherever necessary. Of course, when teams draft players in the early rounds, they tend to want to see a bit of both, with the occasional exception being a player with unmissable potential; however, when teams get to the later rounds they start to have to pick and chose between players with high floors and player with high ceilings, as generally players with both tend to be long gone by this point.

Like most teams, the Panthers’ late round selections – certainly those after Christian Miller in the fourth – fall into both groupings, but to start this series of breakdowns of the Panthers’ day three picks – especially with rookie mini-camp this weekend – let’s start with somebody who might not see the field a huge amount as a rookie barring an injury, but who has a surprisingly large amount of upside for somebody taken in the two hundreds.

Why should Panther fans be excited about Dennis Daley?

One of the things that Hurney mentioned about Daley after the draft was his physicality, and his ability to move people in the run game certainly stands out on tape (Daley wears #74):

However, there are a number of college offensive linemen that you can find tape on them moving people – the key to playing offensive line in the NFL is consistency, and the issue with Daley as a run blocker is the lack of it. The major reason for this is his inconsistent pad level – when he gets it right, you get the results above, but far too often his power advantage was negated by his poor pad level, allowing the defender to drive him upward:

The cause of this is his lack of knee bend, and his tendency to lean with his back in order to try and compensate for this means that if he isn’t able to win the initial contact quickly, he is easily driven upwards without the ability to cushion the contact with his knees:

This lack of bend also creates some balance issues at times, as this tendency to lean into blocks leads to a noticeable loss of control:

This isn’t hugely unusual among college offensive linemen, but he does need to work on this, especially if the Panthers want to explore playing him at guard at times.

He also needs some work in terms of his hand usage as a run blocker, as while he shows great arm strength, allowing him to drive people off balance:

His strange stance means that he can be slow to get his outside hand up and while he tended to locate his inside arm quite consistently, he needs to alter his stance so that he is able to punch with two hands – that will make it much easier for him to sustain blocks:

The other thing that he does well that could be interesting for the Panthers if they want to run certain things schematically is his ability to move in space. On outside zone plays, he has the foot speed to get outside his man and create an outside rushing lane:

And has the ability to pull across the line as a lead blocker:

However, he still needs to play with a little more control at times, as while he works to the second level well, he could do with sacrificing some of that speed in order to allow him to avoid whiffing on blocks:

As a run blocker, Daley has the core athletic skills to be very good, and his technique issues are more to do with his unusual stance – which realistically, needs rebuilding – and his lack of consistency in how he bends his knees in particular. If Daley can work on these things, then he does have the ability to be a genuine plus run blocker.