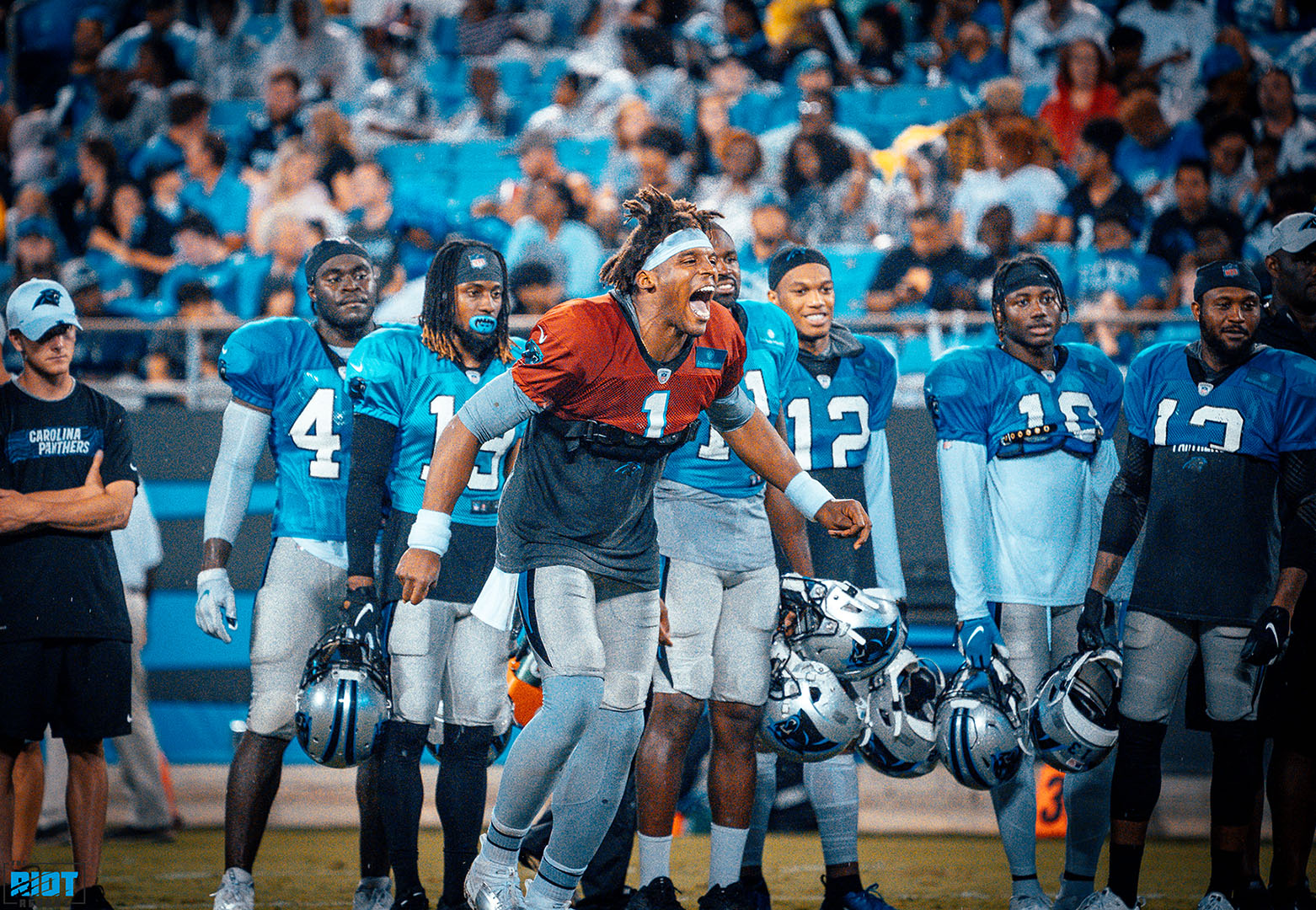 The best part of Fan Fest is actually the end.

Yes, the fireworks and laser show is spectacular, but my favorite part is seeing the players – especially the young ones – gravitate to the west end zone where their families are gathered and, still wearing their jerseys, watch the lights explode above them surrounded by the people that love them the most. It must feel like they have truly made it, standing in an NFL stadium with an NFL jersey with their name on the back for perhaps the first time.

Some players, like Greg Van Roten and Matt Paradis, have already gone through events like this a time or two, but they’ll still dance with their families – GVR showed off some classic Jack Geller-style wedding moves before kissing his significant other while Paradis laughed. Terry Godwin and Elijah Holyfield stood to the side next to a group wearing matching 17 jerseys that I’ll assume were custom. Donte Jackson and Marquis Haynes both gently rocked their daughters in their arms. Guard Kofi Amichia, who signed during OTAs and is a longshot at best to make the roster, leaned over the barrier with a huge smile on his face while the lights went down on the field and the fireworks started. 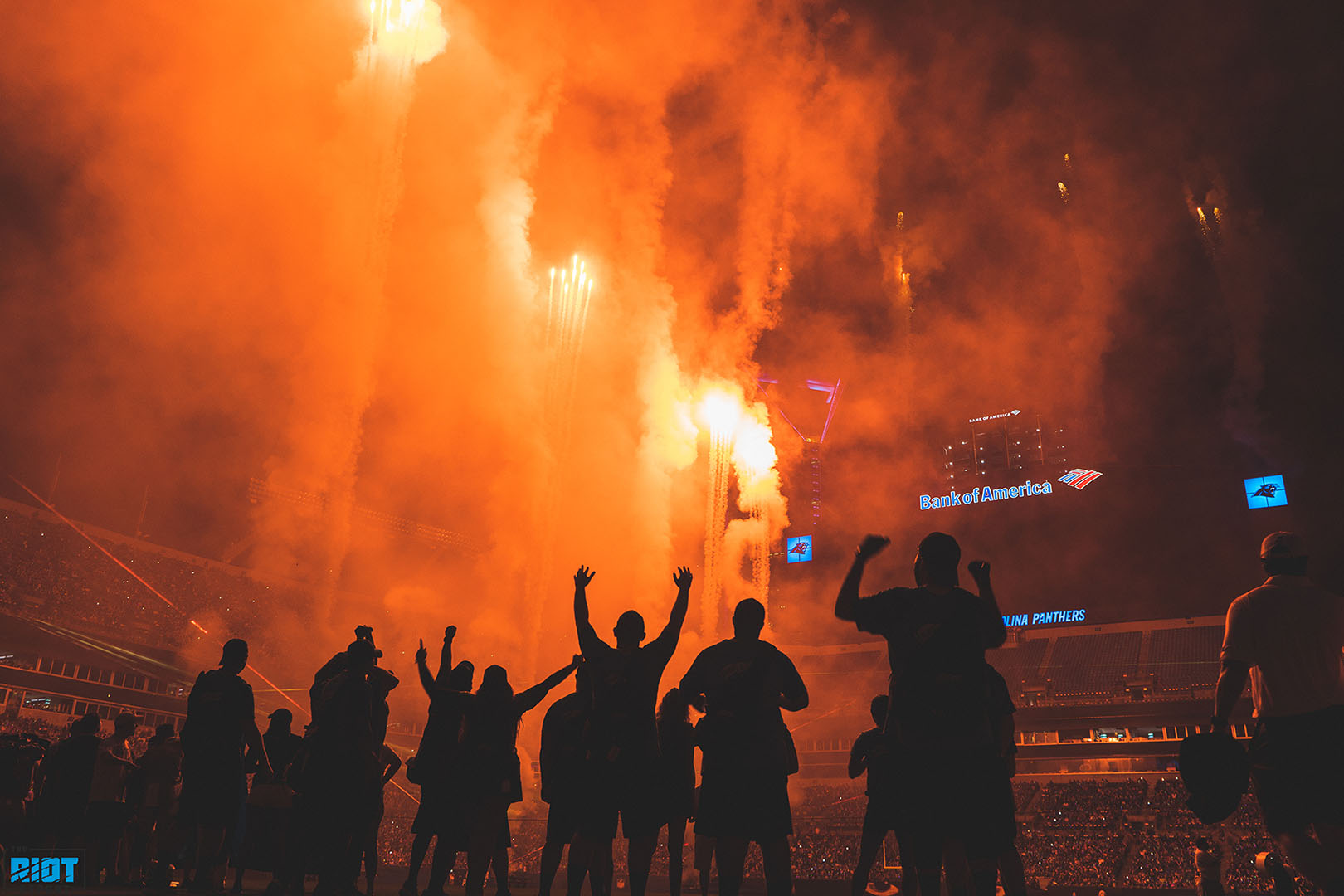 Although there were 62,500 tickets distributed for Fan Fest Friday night at Bank of America Stadium, there weren’t that many fans there – the number was probably closer to 45,000, which David Tepper gleefully pointed out to a couple of reporters on the sidelines before asking how many would be there if they had a roof on the stadium.

The rain likely kept some fans away tonight – even though the Roaring Riot tailgate and sections were packed – but once practice actually began, the assembled crowd were treated to good looks at most of their new biggest weapons – although Gerald McCoy was given the night off, the other new faces were on full display. Brian Burns bull-rushed his way into the backfield, Bruce Irvin had a sure sack on Cam Newton during a bootleg (more on this later), Will Grier showed off his deep ball and freshly-signed safety Tre Boston was on the field, albeit with the second team.

The new pieces were on display, but no one exemplified the new look of the Panthers more than their owner. 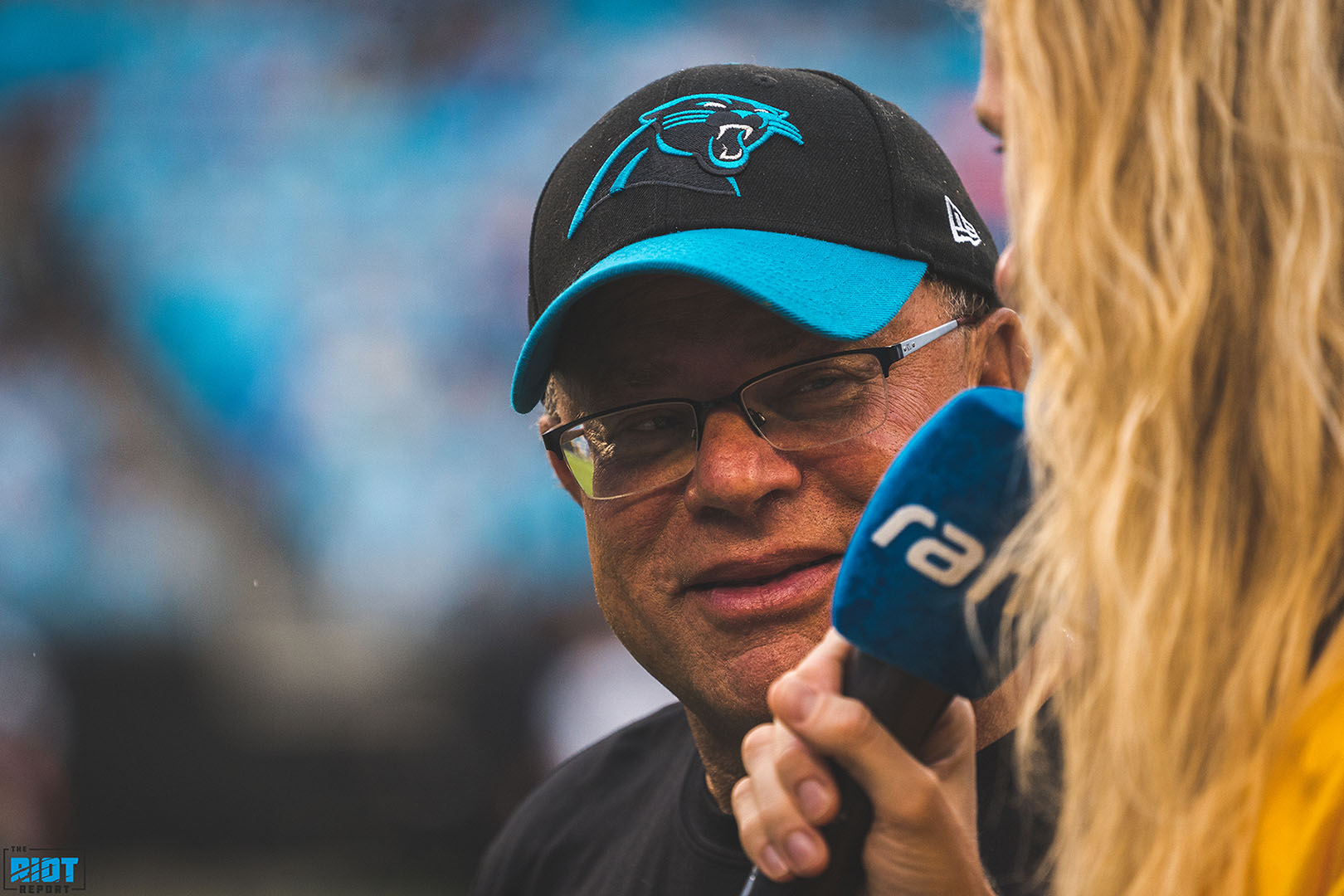 Yes, David Tepper had casual conversations with not only reporters, but sat on the bench and chatted with Norv Turner, gave out high fives to fans in the stands and surprised others in the 200 section by sitting down behind them and remarking about the quality of the seats.

Yes, the Panthers owner certainly enjoyed himself during Fan Fest, but the star of the show – as he always has been – was one Cameron Jerrell Newton, who after taking a day off from throwing yesterday, had one of his best days of camp and was delighting fans with the now traditional leading of the wave – from slow to fast, stopping and starting; Newton was in his element, especially after opening practice with a long touchdown strike to Curtis Samuel, which, of course, the crowd went bonkers for.

A crowd that would have been a lot bigger if there was a roof on the place.

Up Next: My Observations From Fan Fest