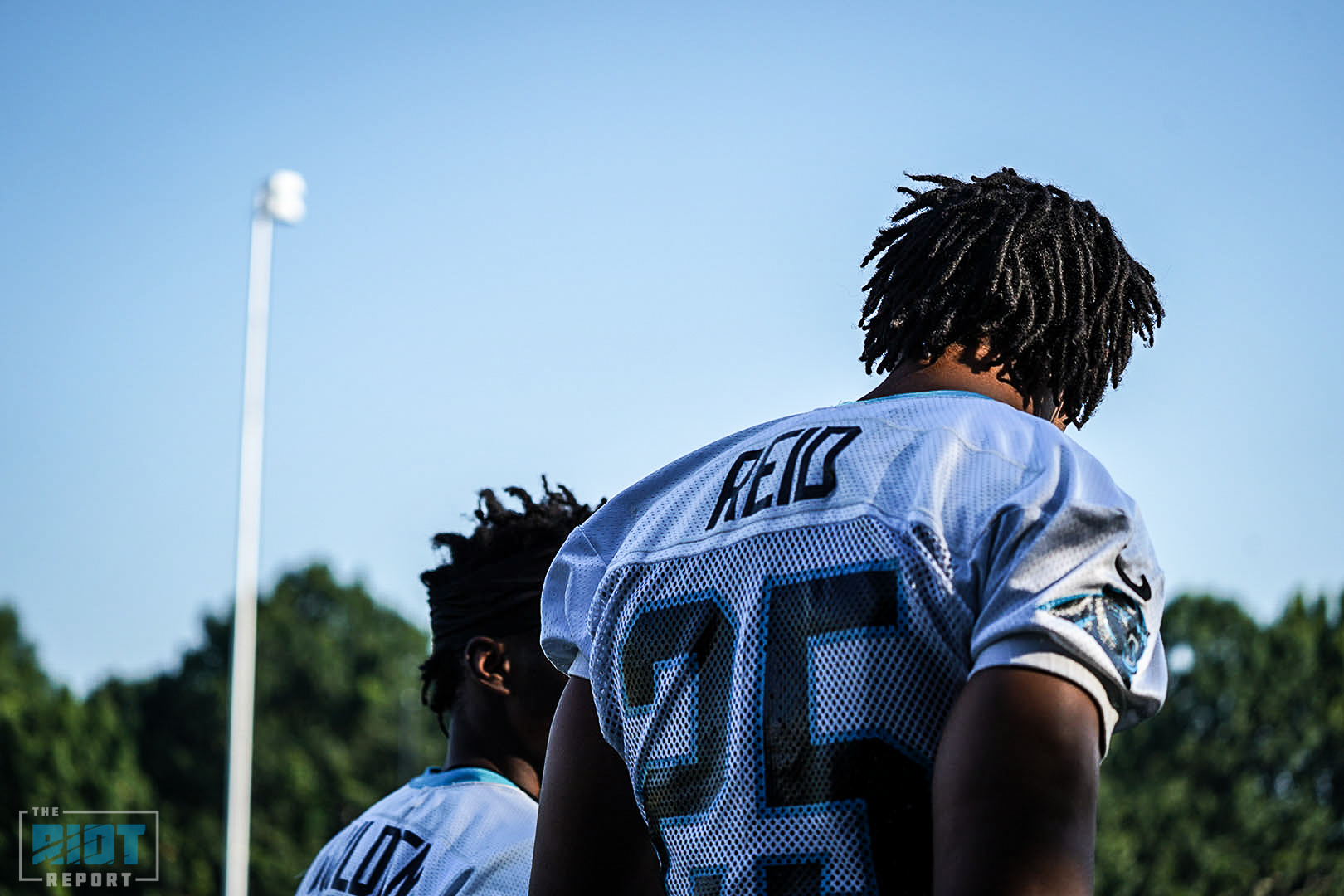 Like last week, the most exciting thing to come out of the Carolina Panthers OTA practice session that was open to the media happened immediately to the left – at least from my vantage point – of the practice fields where the Panthers were installing plays, testing players’ ability to take plays they’d seen on whiteboards and in meetings and translating them to the field and evaluating not only the talent at the top of the roster, but who might surprise and perhaps be able to make an impact on Sundays.

Panthers owner David Tepper strolled onto the practice fields but instead of walking out to the sidelines – which he would eventually do and chat with a group that included Shaq Thompson, Richard Rodgers and Eric Reid – he veered left and walked out onto the half-field of artificial turf that is soon to be ensconced in what we have simply reverted to referring to as “the bubble”, walking the sidelines of his new project that will protect the Panthers from inclement weather once it’s completed in August. He bent to pick up the rubber shreds that make up the turf and crumbled it in his hands. Bounced up and down to test the mettle and give.

Walked to the opposite end of the field, put his hands on his hips and surveyed one of the first projects under his ownership to come to fruition – likely the first of many – like a sultan looking over his kingdom and contemplating what his next move would be.

Then he went over to the sidelines and talked to Marty Hurney – likely about what his next move might be.

David Tepper is out at OTAs today – first thing he does is check out progress on his new bubble. pic.twitter.com/LKWTHKvbNa

Here are some of my other observations from Tuesday’s session of OTAs:

Greg Olsen: “I’ve been waiting to do this for nine years, Coach” pic.twitter.com/WOHXOAjzMQ