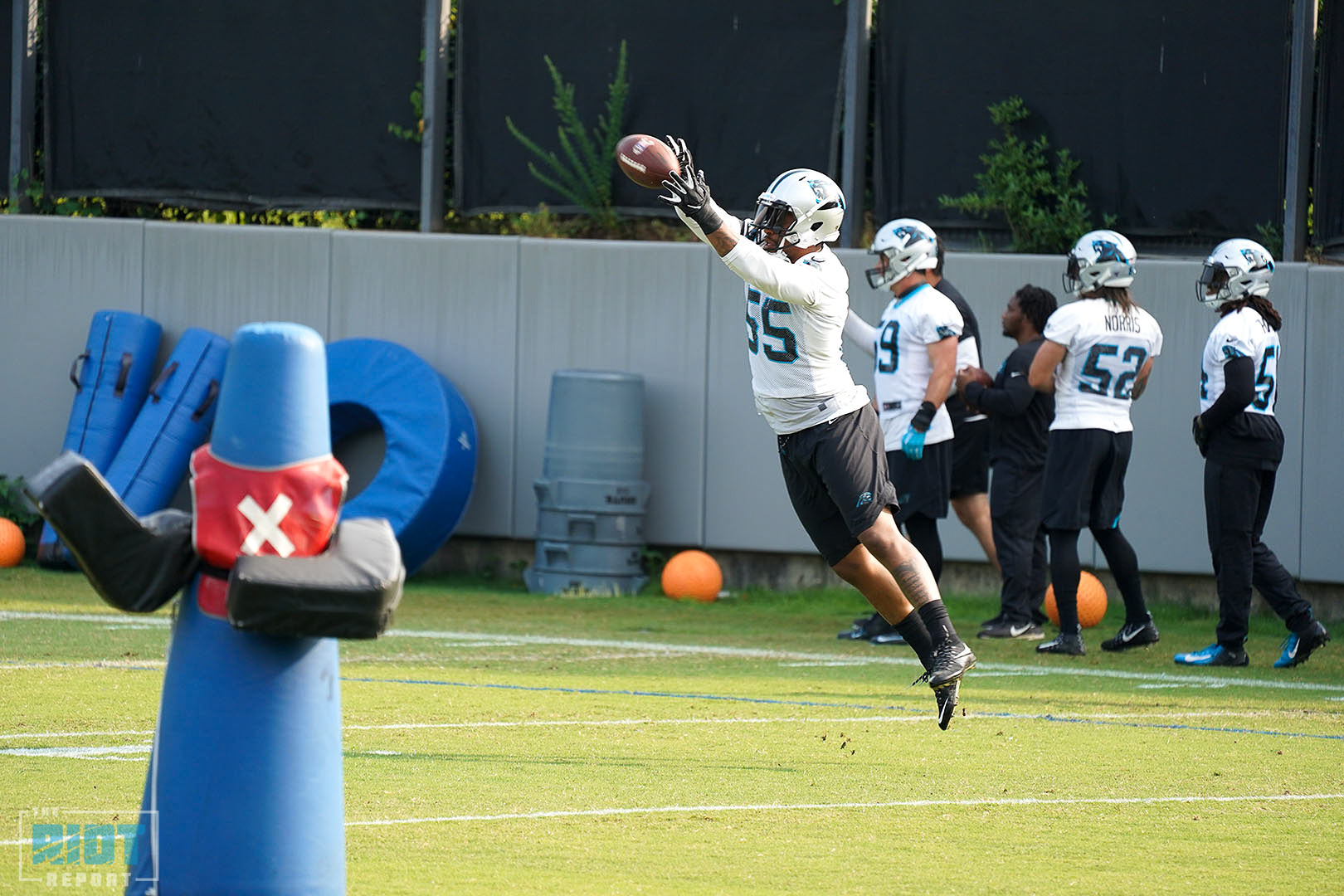 I’ll let you in on a little secret – Cam Newton is usually one of the last to arrive to Panthers practices.

During the season, he’ll usually plug his phone into the speaker and start his playlist for the stretching period after jogging the path from the locker room at Bank of America Stadium to the practice fields – and today, the final day of OTAs the media was invited to observe, was no different as the quarterback, clad in what is apparently his wardrobe of choice for the 2019 offseason, a bright blue Panthers hoodie underneath his red jersey to go along with his white headband, was one of the last to arrive to the fields where construction continues on the practice bubble that aims to be completed for the 2019 season.

That bubble might have protected Newton from the prying eyes of a fan video that surfaced last week showing the quarterback throwing a regulation football, something he hadn’t been seen doing at the Panthers facility since a procedure on his shoulder earlier this year – and while Ron Rivera confirmed that the QB is still doing everything he needs to from a rehab perspective – he was none too happy about the video that appeared to be shot through a crack in the fences surrounding the practice fields.

“I think [it’s] just part of the process of his rehab,” said Rivera about Newton, who continued to do calisthenics on the side with trainer Ryan Vermillion and threw a weighted ball on the side while his backups completed individual drills. “As far as I know, that was one of those things that somebody came in and took a picture, which we really don’t appreciate because this is private property.”

“At the end of the day, he’s just going through the rehab process and there really is no timetable; he’s continuing to work with the trainers on the side and do whatever they ask of him. He’ll continue to progress and we’ll see where he is at the end of the week. I continue to feel good about him, but we’re going to listen to what Cam has to tell us….he’s going through the process of his rehab program.”

“At some point, he’s going to have to throw the football.”

That day wasn’t today – don’t forget Newton still seems on track to be a ‘full go’ for training cam – but as Newton entered the practice field, he gave out a primal yell to announce his presence – after missing the OTA session open to the media last week, QB1 was back on the field. Soon enough, he’ll be ready to throw on that field. 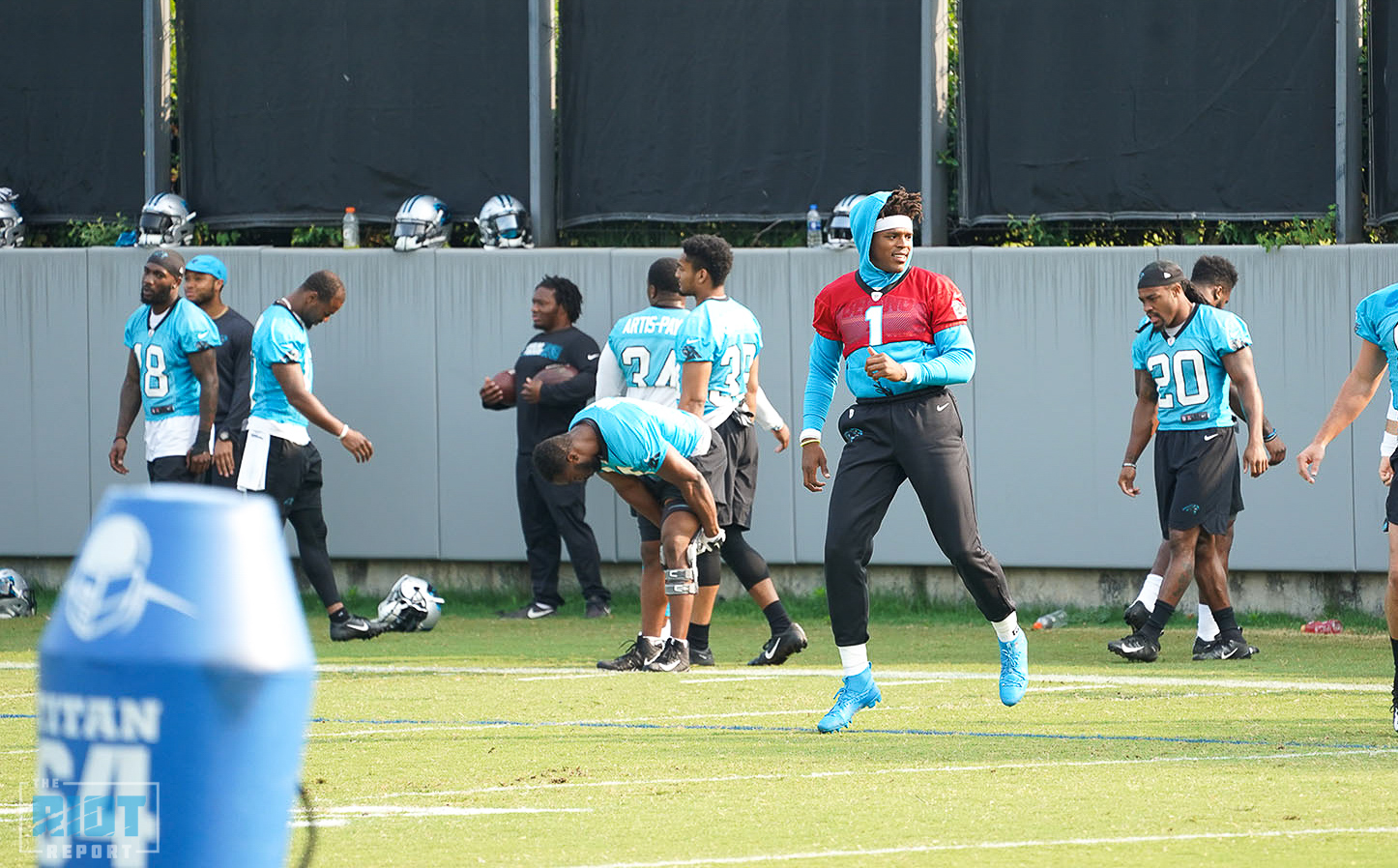 Some other observations we noticed from today’s session: 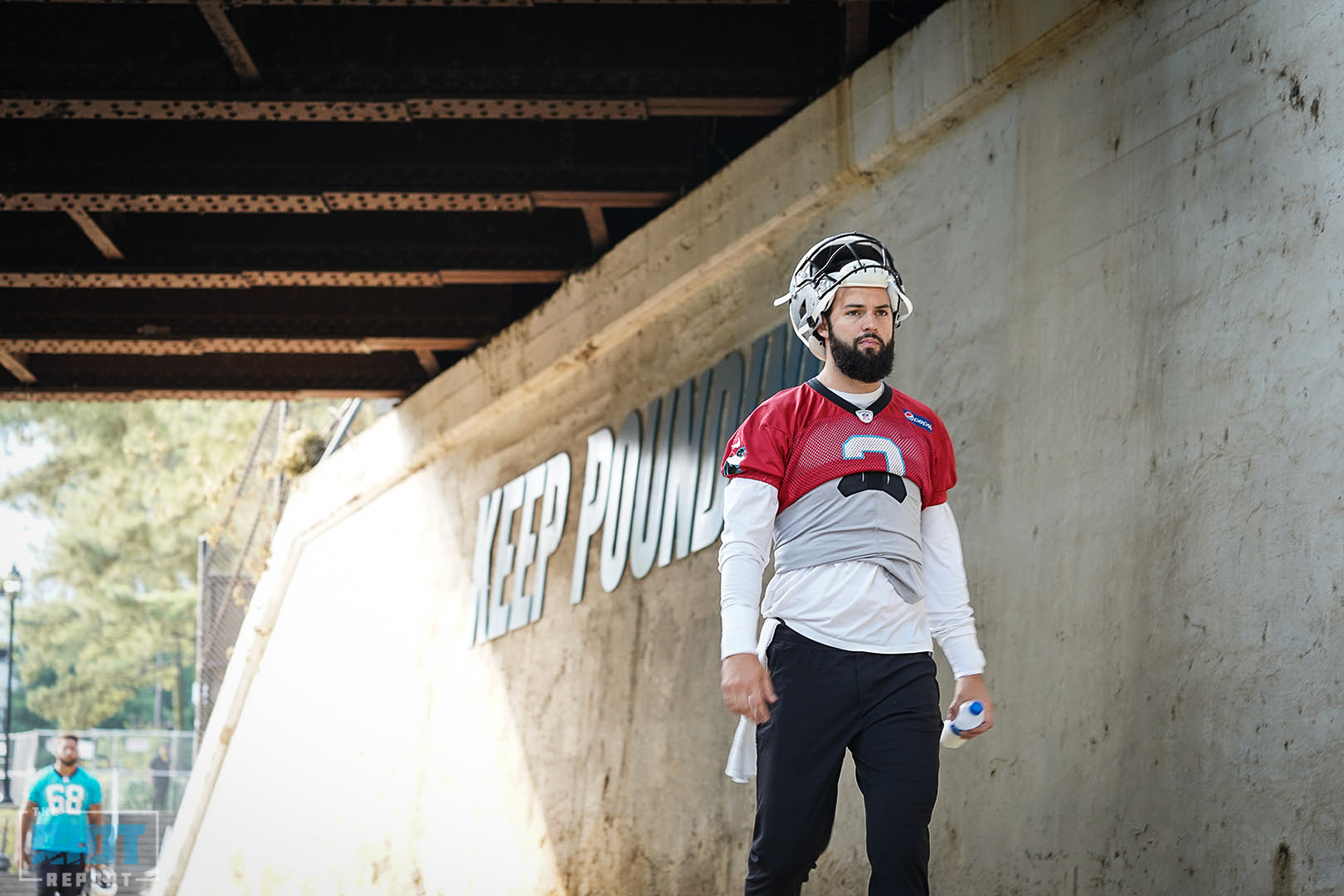 We call @gregolsen88 Mr. Reliable for a reason 🙌 pic.twitter.com/gh4Ex2nKX0