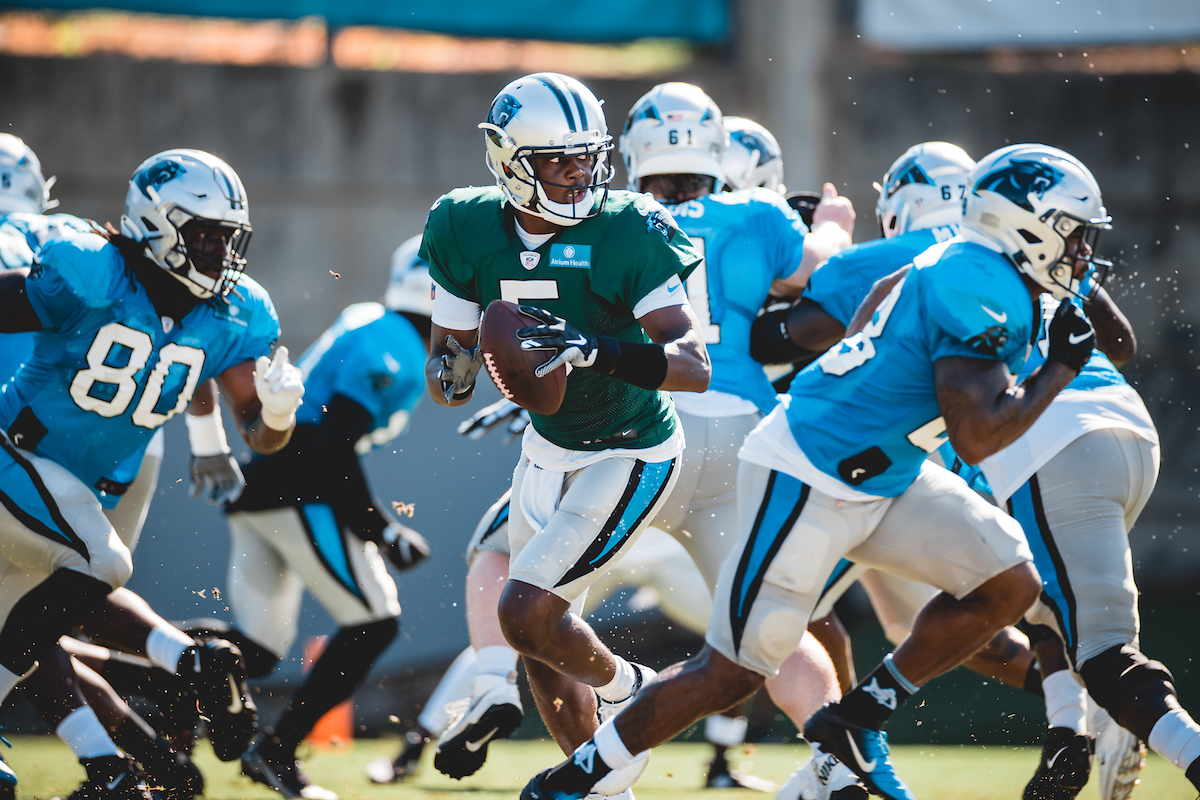 It seems as if everyday at Panthers training camp thus far, there’s been a semi-viral moment that sets the Panthers world abuzz.

Whether it was Matt Rhule taking it upon himself to do defensive line drills during the first padded practice of his NFL coaching career, the sticks coming out for a golfing competition after practice last weekend or even a hot dog eating competition, Rhule has done his best to keep the training camp sessions not only teaching opportunities, but fun for the players.

“I think it helps with getting practice started out or like looking forward to doing something fun,” said tight end Ian Thomas about the different activities. “I think I did well in the peanut punch drill – I didn’t fumble, so….but, well, I didn’t force a fumble, so that wasn’t good.”

After a few iterations where, predictably, the offensive players were more proficient at hanging onto the ball then the defenders – except for a triumphant Brian Burns making it through a McCaffrey/Bonnafon gauntlet – Rhule called his players into a line and put the ball in the hands of lineman (and birthday boy) Taylor Moton and asked him to protect the pigskin from Efe Obada and Derrick Brown, which he did successfully.

He then called Eli Apple into the fray against Christian McCaffrey and Mike Davis with the stipulation that if Apple could make it to midfield, the defense would get to leave at 7p tonight – an hour earlier than the offense.

He did – the defense went crazy —— and the team ran out of the bubble for practice to begin.

Here were some other things I noticed today at Panthers training camp: 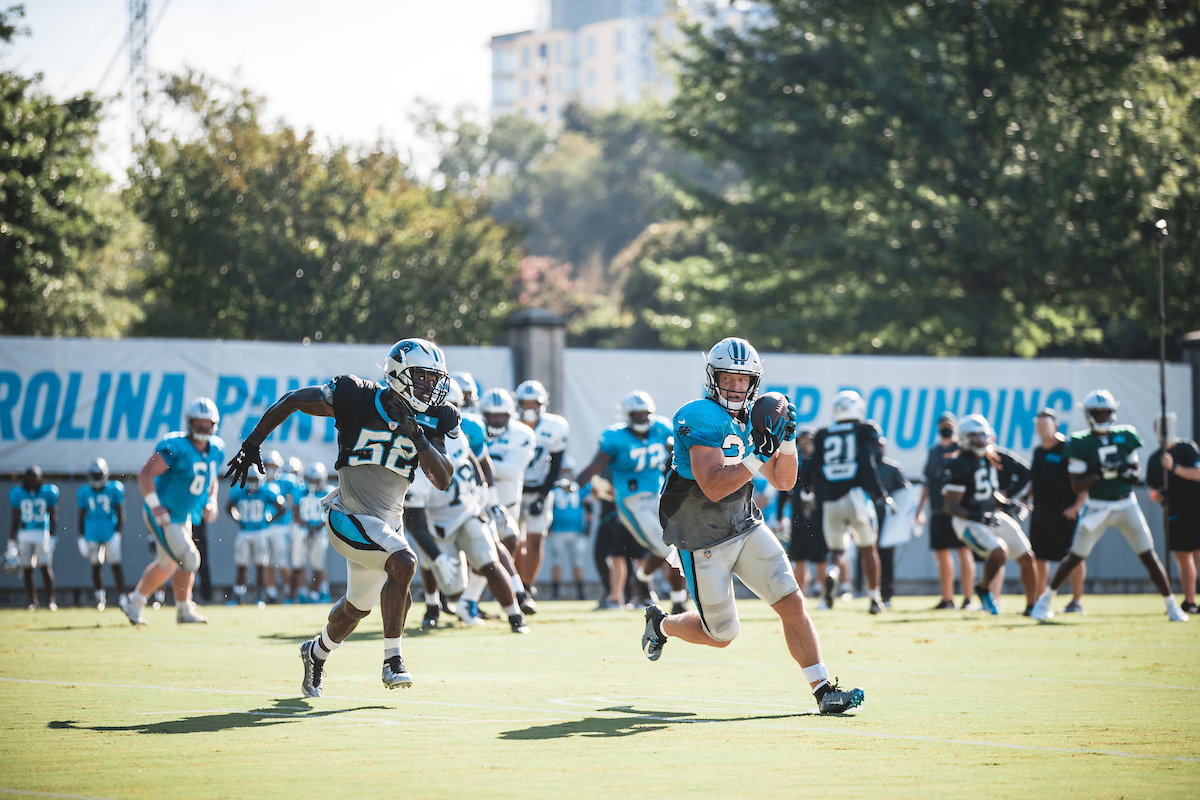 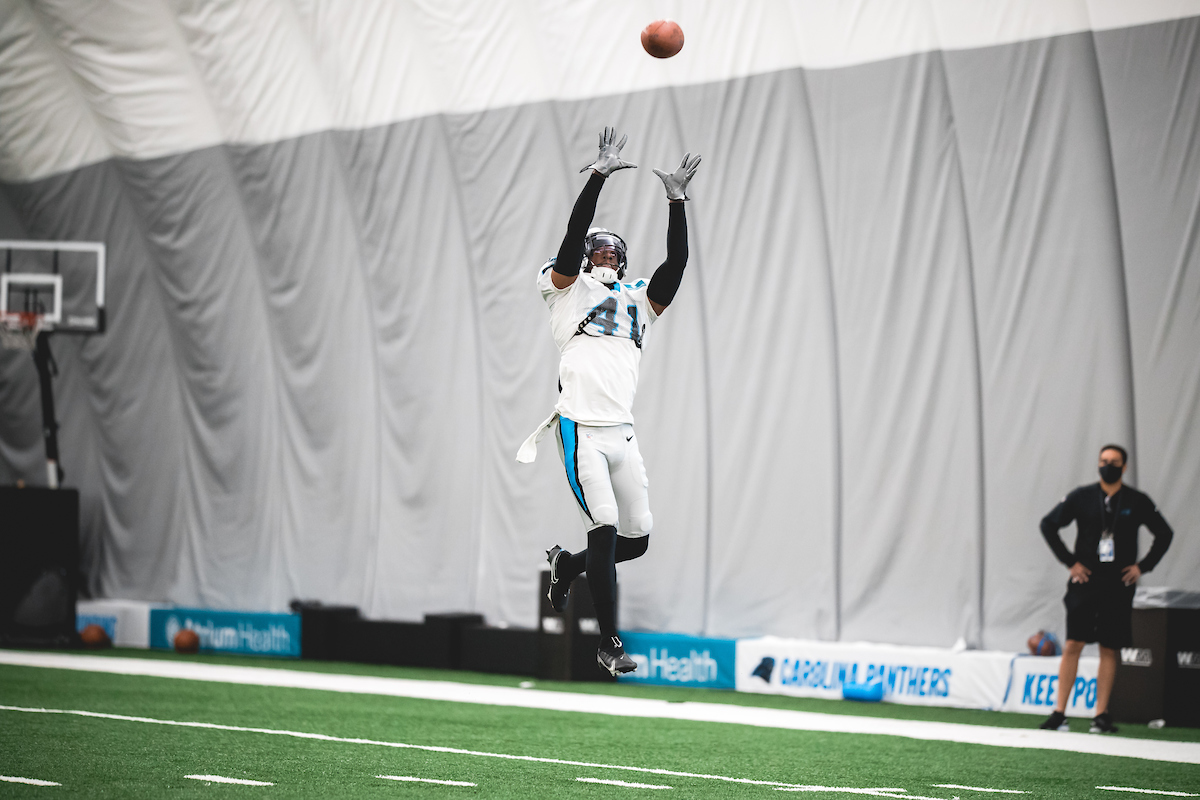 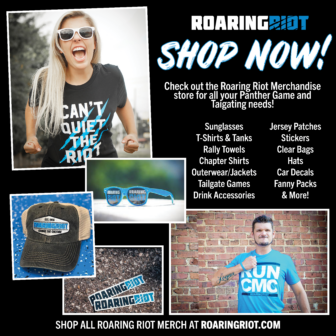