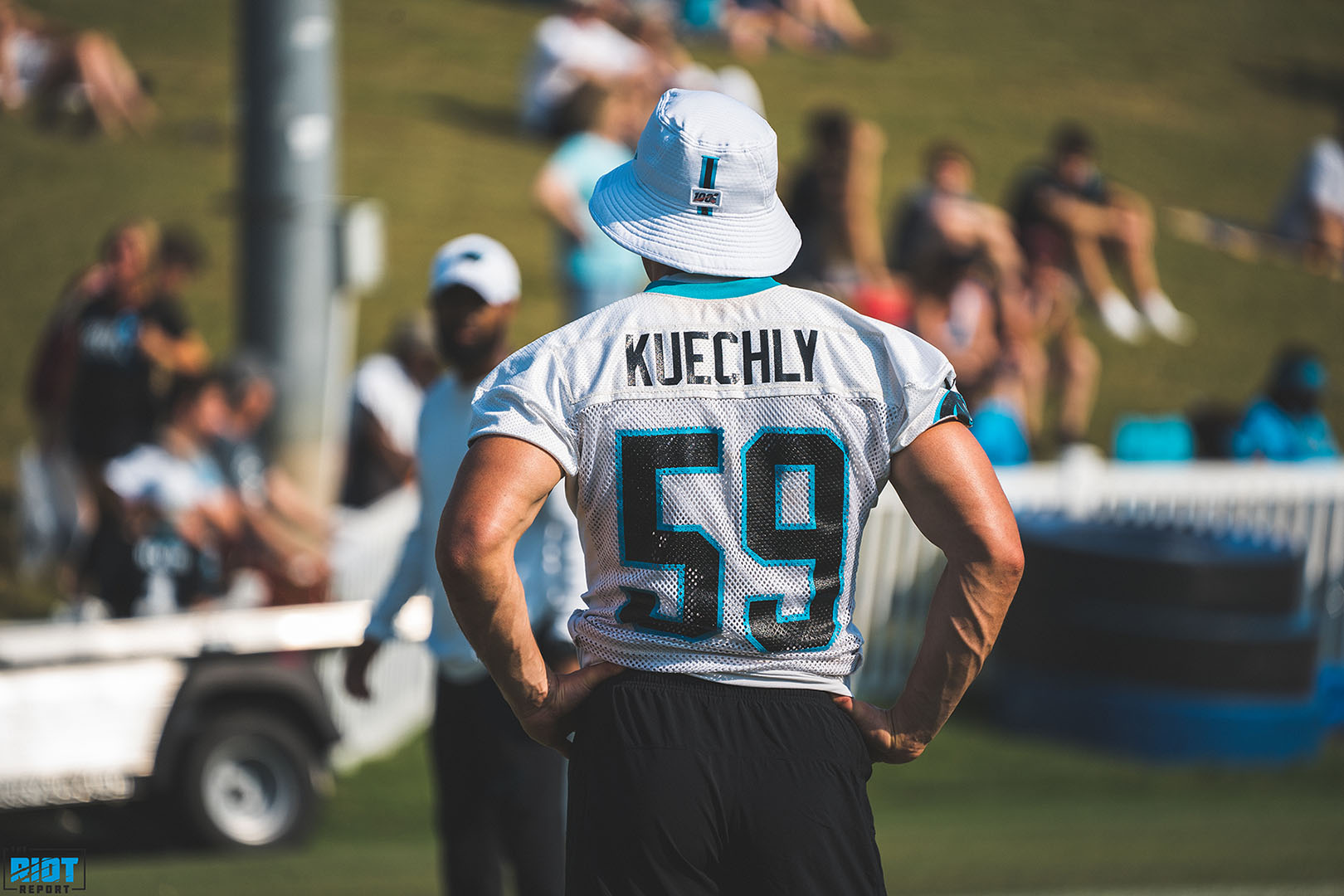 Life as an offensive lineman can be hard – not only are you the biggest guys on the field, but your job is usually misunderstood, when mistakes happen on the offense it’s usually your fault – even if it isn’t – and when things go right, the skinny guys behind you take all the credit.

That goes double when you’re an offensive linemen trying to fight your way onto a team.

When established veterans like Daryl Williams and Matt Paradis have the day off and get to attend a humid, sunny practice in shorts and bucket hats instead of pads and helmets, that’s when you get a chance to impress the coaches – or disappoint them.

Imagine you’re undrafted free agent rookie Rishard Cook – you work out for the Panthers late Wednesday morning and sign a deal to attend camp, so you strap on your uniform (#68), except you’re not on the rosters (neither the online roster on the team website or the roster given to media members who report on the sessions) and within minutes of your first practice beginning, you’re lining up in a drill and attempting to block other offensive linemen who act as pass rushers.

You raise out of your stance and get a hand on Greg Little, who’s ‘rushing the passer’ in this instance. Offensive line guru with a penchant for angry exhortations John Matsko is behind you and he’s unhappy with your rep.

“That one hand ain’t gonna cut it.”

So you go again – and this time, unfortunately, you get one hand on your man again instead of the two hand punch Matsko requires.The volume of his voice raises sharply.

Related:   Charlotte's NFL Stars Are An Example Of What Panthers Success Can Achieve

“One hand again! I told you to use two hands – if I wanted you to use one hand, I would have said it! Now don’t make me tell you a third time!”

To emphasize the point, Williams puts two hands into your chest and shows you the block you’re supposed to be executing. It probably hurts – both physically and emotionally. You go again – and this time you get two hands on your man.

Now it’s time to stretch – practice hasn’t even started yet.

Once it did get started, here were some more storylines from Panthers practice that I noticed: 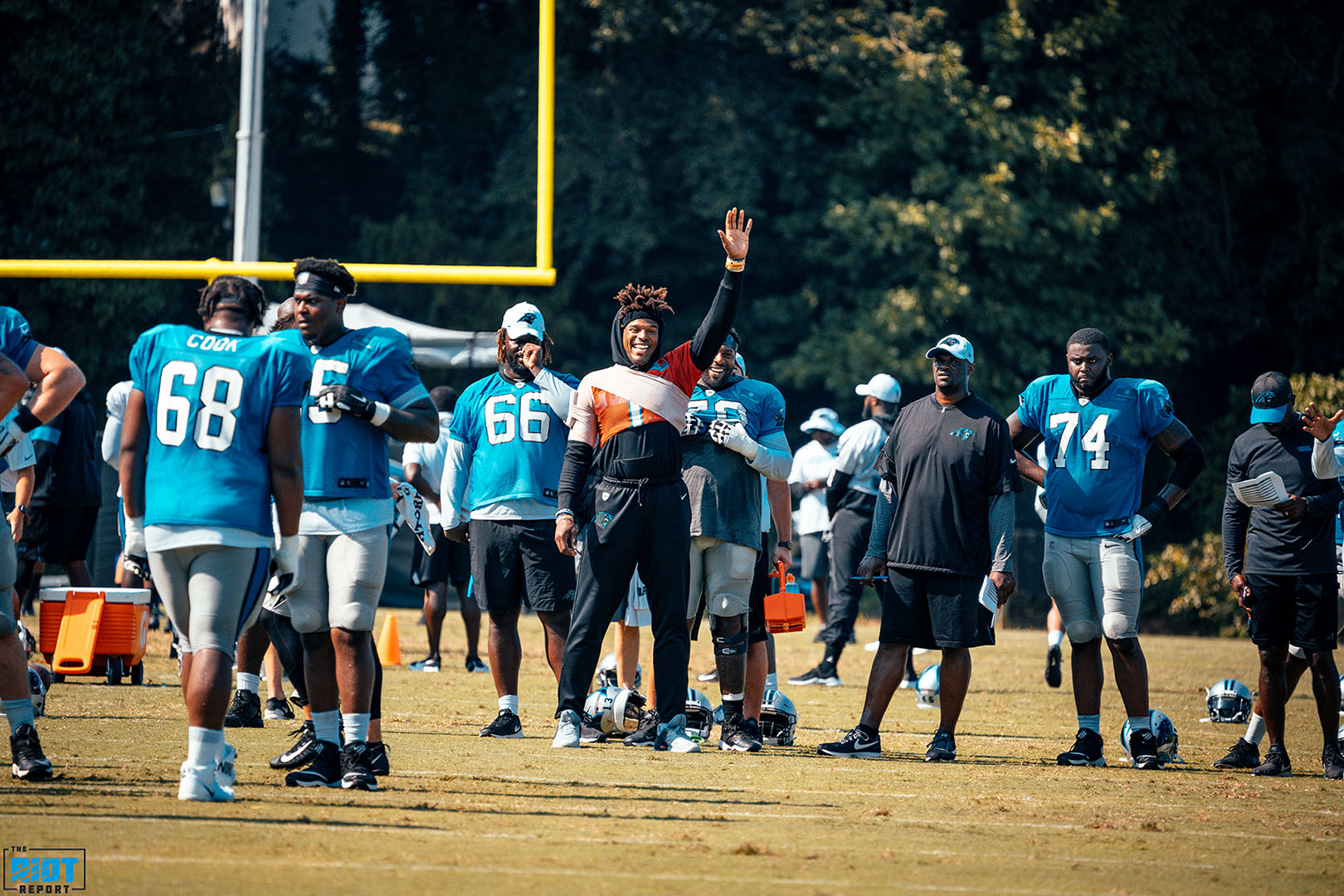 Cam showing some love to the fans