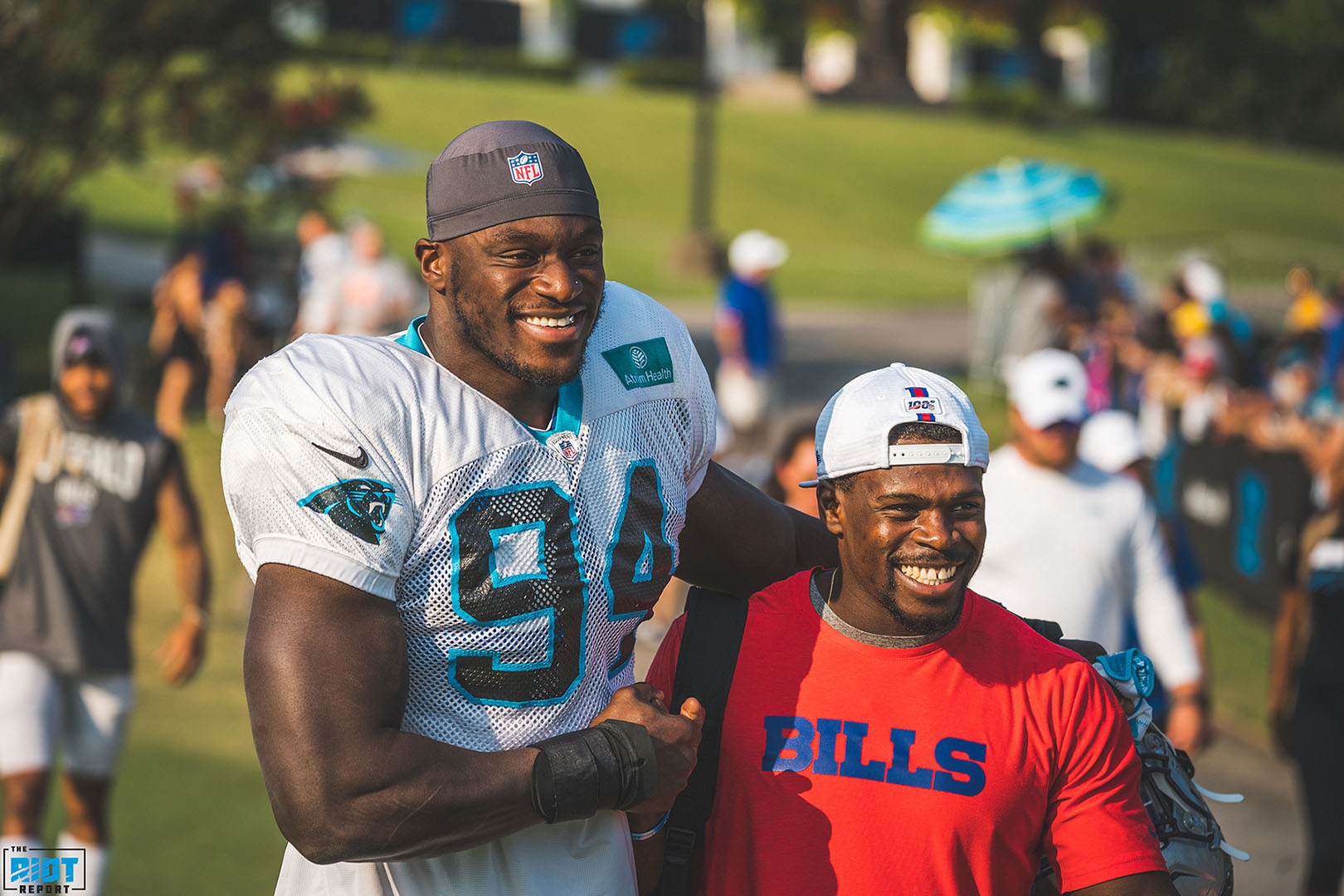 While both Sean McDermott and Ron Rivera said the joint practices between the Panthers and the Bills this week were about learning more about themselves as a football team, for the first few minutes on the practice fields at Wofford College, it was more about reunions.

Some were expected – it wasn’t a surprise to see former Bill Kevon Seymour hugging his former teammates on the sidelines, nor was it a shock to see Captain Munnerlyn turning from familiar face to familiar face, whether it was former beat writers who covered him in Carolina to Panthers staffers to sharing a laugh with fellow locker room cut-up Cameron Artis-Payne to exchanging verbal jabs with Cam Newton – more on this later. But the reunions often fall farther down the roster than you might think.

Jake Delhomme, who signed autographs for the Roaring Riot before practice began, chatted with former teammate and current director of player personnel in Buffalo Dan Morgan as they watched the two teams warm up.

Efe Obada and running back Christian Wade, who is on the Bills roster as a part of the International Pathways Program just like Obada was when he joined the Panthers, laughed and joked on their way in and out of practice, with Obada making a point to speak to Wade before practice began.

As special teamer Jared Norris jogged onto the field, Heath Farwell, who spent a year as assistant special teams coach in Carolina before moving to Buffalo to helm their unit, called out “X!” to Norris, who gleefully responded “Ooooooh, shit!” and ran over to give Farwell a bearhug before standing and talking for a few minutes. In case you’re curious, the nickname ‘X’ came from Norris’ rookie year when there were two Jareds in the locker room. One got to keep the name Jared and the other, Norris, was simply called ‘X’. It stuck.

Kawann Short and Star Lotulelei, the latter of which is not the most loquacious player in the locker room, were content to simply stretch next to the man who used to be the other’s neighbor along the defensive front. On the other side of that coin, Donte Jackson and Tre’Davious White, both cornerbacks unafraid to make some noise – and more importantly, both former LSU Tigers – stood in the end zone comparing notes while Mario Addison got excited to see DE Jerry Hughes – whom he played with in Indianapolis seven years ago.

Reunited and it feels so good. 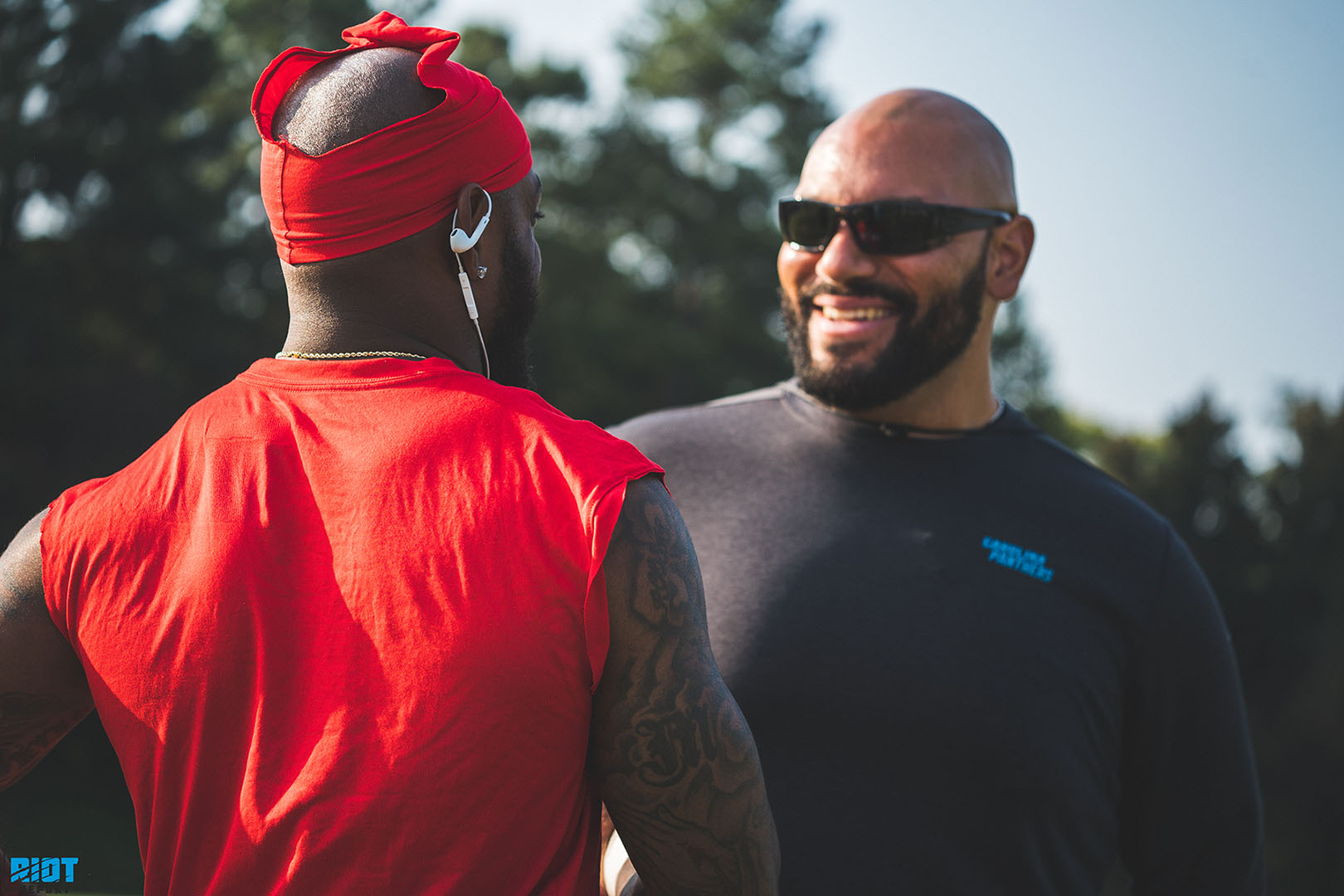 Once practice got started, here were some other storylines I noticed from a whirlwind practice that had action going on both fields: 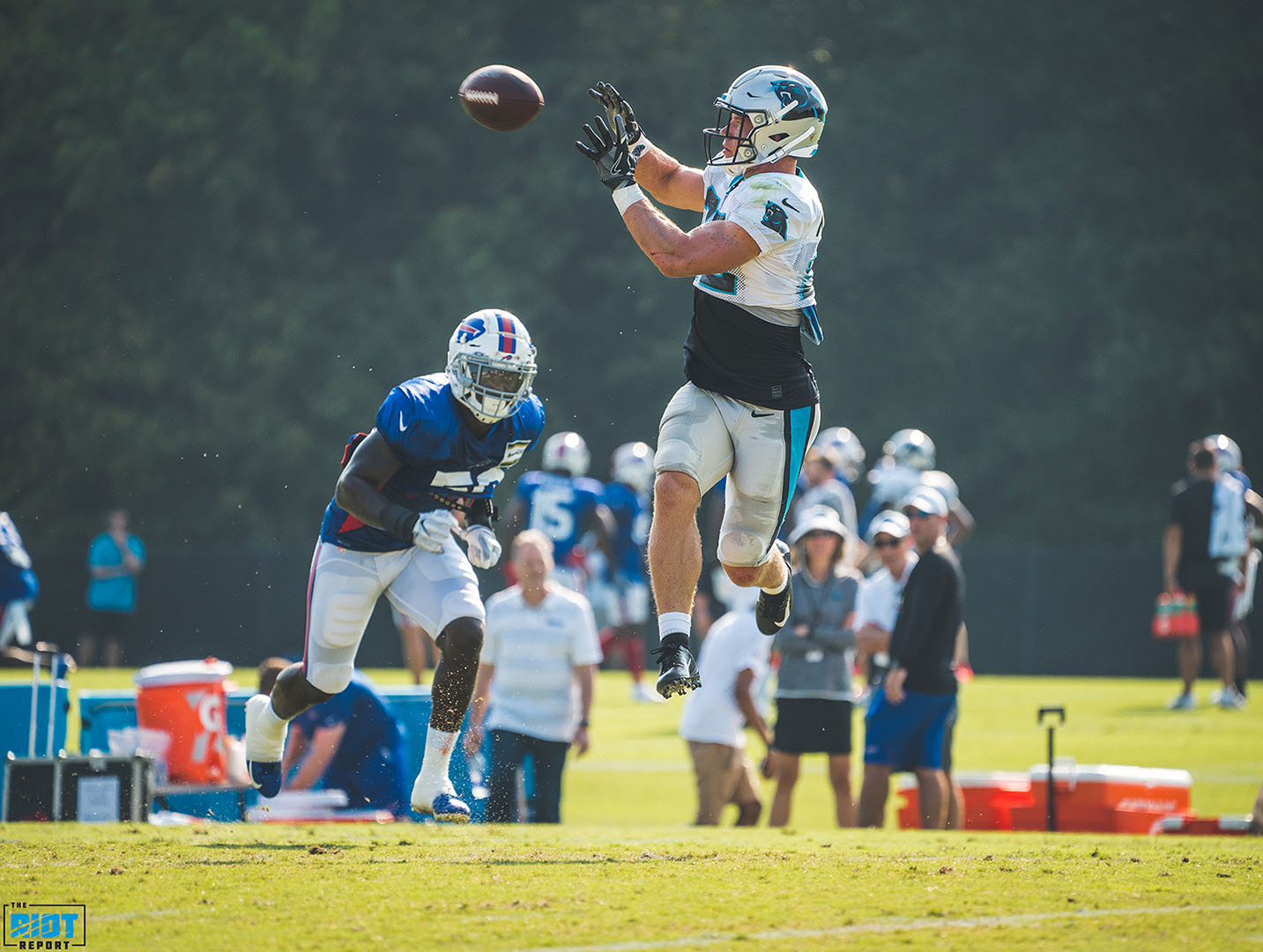