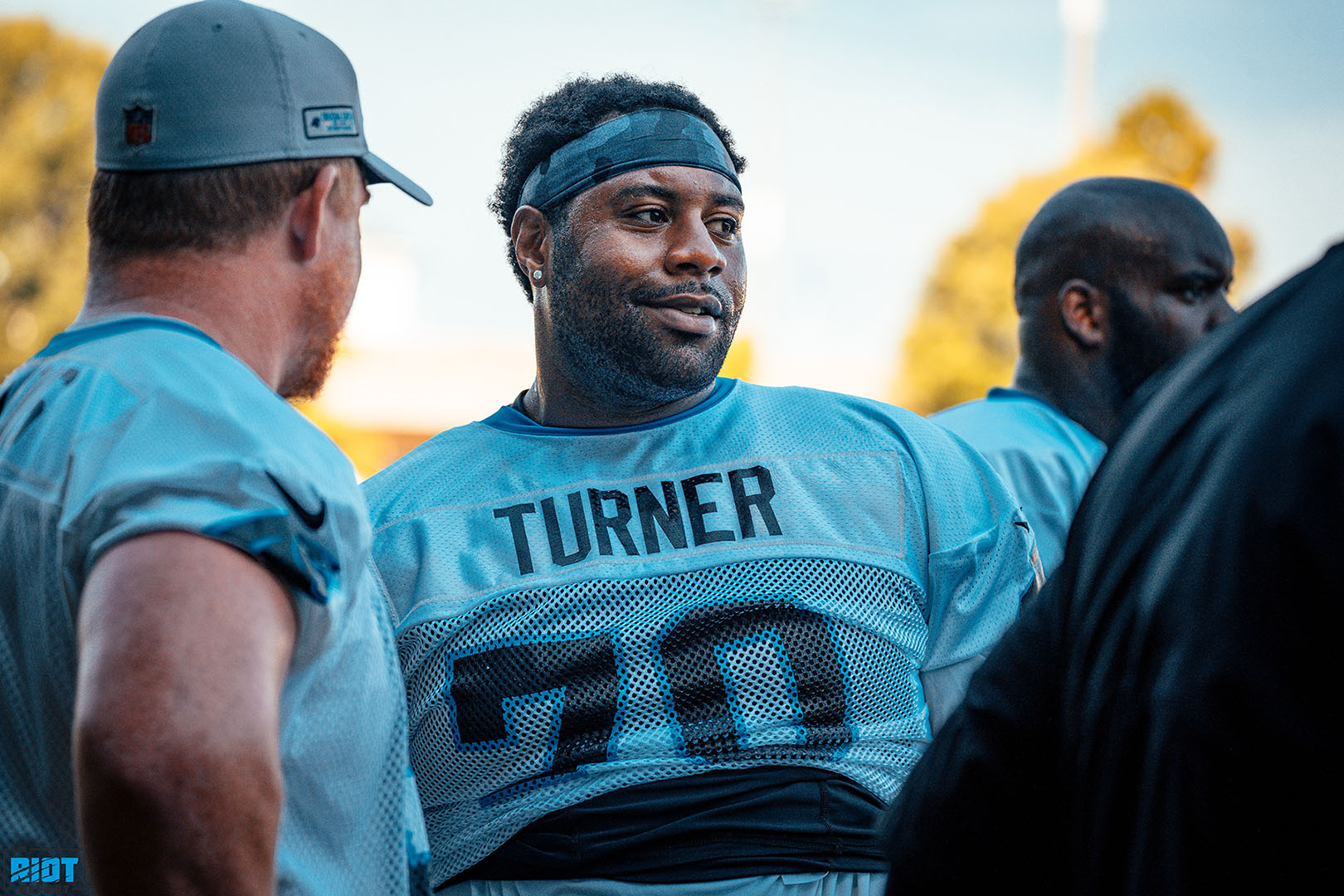 With the first game of the 2019 preseason upcoming on Thursday, practice seemed a little less intense Tuesday – especially when you compare it to yesterday’s padded practice that certainly wasn’t lacking for physicality.

Perhaps it was the amount of players who had the day off – Olsen, Paradis, Addison, McCoy, Love, Thompson and McCaffrey all had vet days while Tyler Larsen, Rashaan Gaulden, Efe Obada and Marquis Haynes returned – or simply the fact that the practice wasn’t much more than a glorified walkthrough to ensure that Thursday’s game plan is in place and players know where they are supposed to be once they line up at Soldier Field, but there wasn’t the same juice on the practice fields as some other practices.

But it didn’t stop the players from having a good time – as evidenced by Trai Turner wearing his jersey backwards for the majority of practice, which he was quick to point out to Eric Washington and, of course, to Cam Newton when he came jogging down the hill.

The majority of the reps were taken by the players who were going to play the most on Thursday night, so when a deep pass from Kyle Allen – who will be starting Thursday – to DeAndrew White went for a score on the first rep of practice and Newton was the fourth quarterback to see the field, it shouldn’t have come as a surprise. Newton spent most of his day talking to teammates, the crowd – of course – and owner David Tepper, who watched practice from behind the line of scrimmage, spending most of the session chatting with Greg Olsen.

But the importance of this Thursday’s game is clear for certain players fighting for their spot on the roster.

“The nice thing is we have four games to judge these guys on,” said Ron Rivera after practice. “But if you play well in the first one, you give yourself an opportunity in the second game to play more, and that’s probably the biggest thing these guys have to understand. I told that to the young guys when we circled up, we talk about opportunities, this is one of the biggest opportunities because we’re not playing the veterans a lot. We’re not going to play the ones a lot, so they’re going to get the majority of the snaps.” 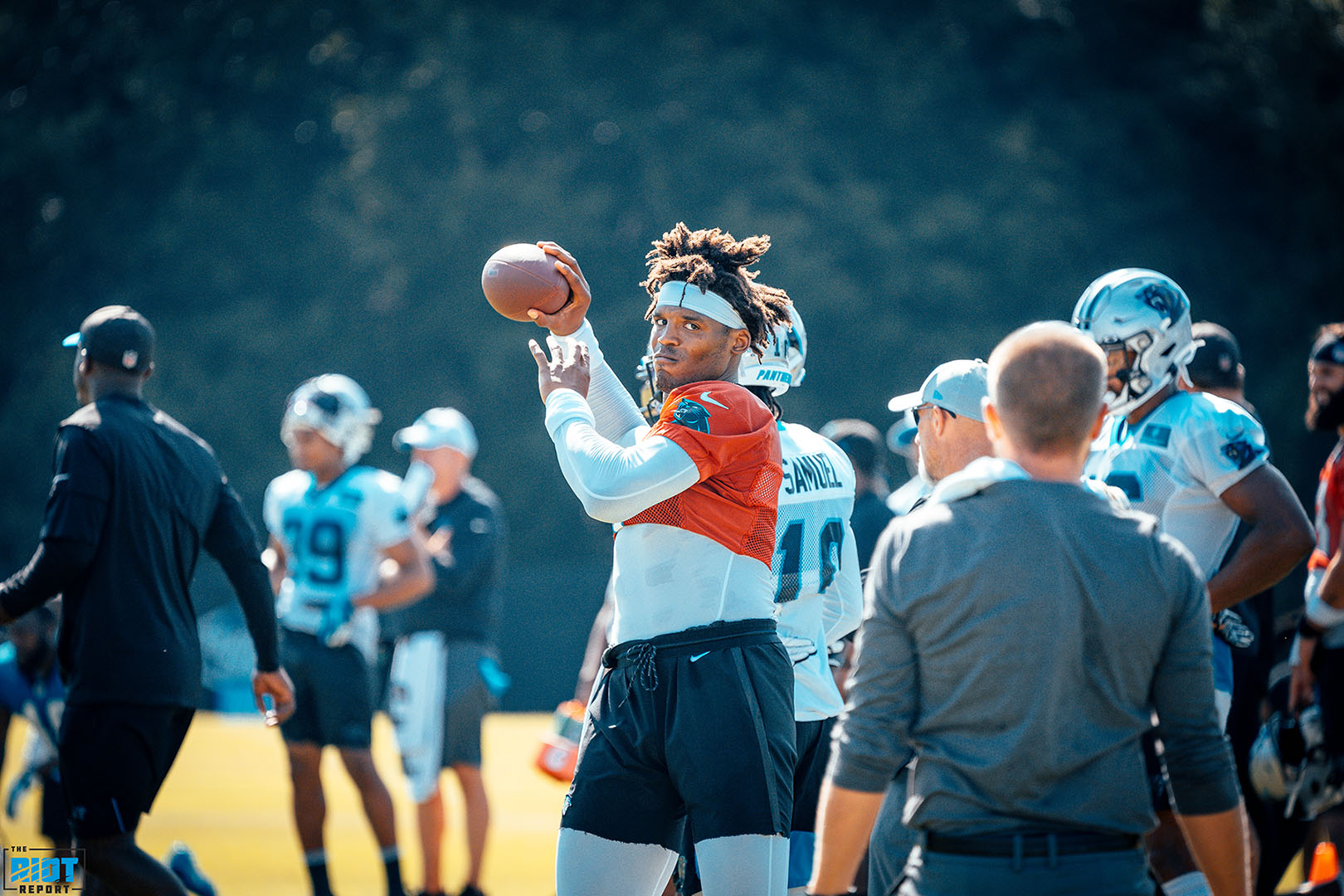 Here were some other storylines I noticed from Tuesday’s practice in shells: 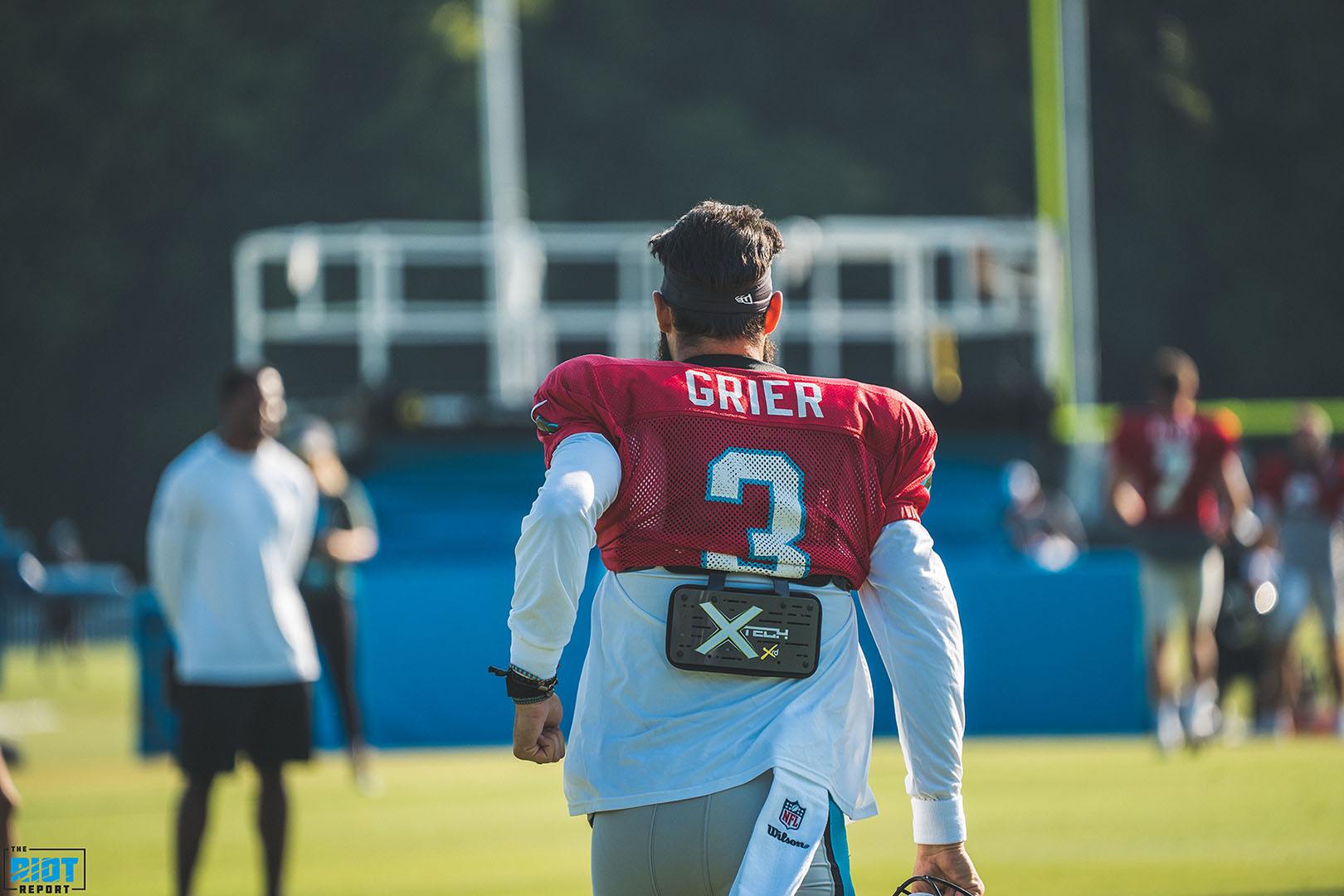