The walk from the locker room to the practice fields is an interesting one filled with choices.

Some players, like Kitt O’Brien, who spent some time in the AAF before signing in Carolina, are in full uniform with their helmets balanced delicately on their heads, eventually acquiescing halfway down the hill to the hordes of fans yelling his name – players like him, who aren’t the biggest stars in the world and are trying to prove they belong on an NFL roster, are usually called by their last name as they pass by, but sometimes a fan will recognize them and use their first name, that’s what happened today and a call of “Kitt!” pulled him to the fence to sign some autographs.

Everyone knows Norv Turner’s name, and I’m not sure when he graduated to receiving the Luke Kuechly treatment of an elongated first name, but that was the case as the “Nooooooorv” calls followed him down the hill when he rode by on a cart.

Some, like rookie Terry Godwin, take the long walk to get some extra coaching as he and wide receivers coach Jim Hostler exchanged talk about footwork on the way down, Hostler pausing about halfway down to demonstrate where Godwin’s feet should be as he makes a cut. 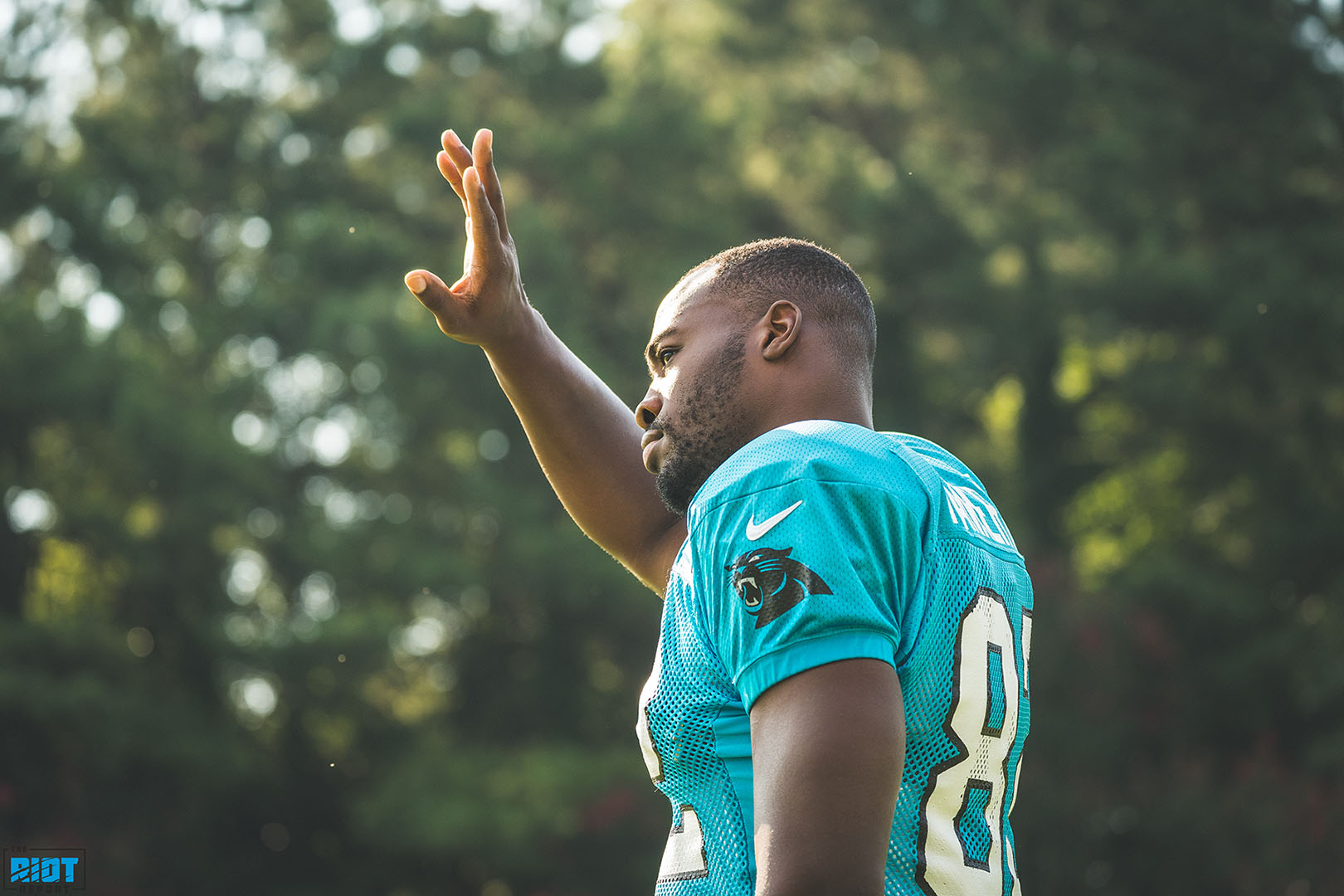 Not surprisingly, many players stop to sign autographs on the way down to practice – today’s saw Ron Rivera, JJ Jansen, Eric Reid, Shaq Thompson and Vernon Butler – to name a few – be drawn to the melodic tones of fans yelling their name in constant unison that’s somehow harmonious and ear-splitting at the same time. Some speed by the fence on carts or simply jog by with promises to return after practice – most do.

Some are in full uniform, some carry their pads down the hill like Kawann Short did today.

I always like to see the unusual pairings – who chooses to walk with who can reveal some interesting friendship. It’s not surprising to see Greg Olsen and Christian McCaffrey walk side-by-side, just like it wasn’t unusual to see James Bradberry, who had a chat as he walked with a fan about Birmingham – Bradberry’s hometown, walking with fellow corner Cole Luke, who would get the first shot at nickel reps a few minutes later.

Near the end of the entrances is always Cam Newton – you likely see his entrance everyday on social media, not only because he’s the star of the show and the franchise quarterback, but because the way he enters the fray is always energetic, usually involves yelling and as is always the case with Cam, is very camera friendly.

Here are some other storylines I noticed at today’s practice session: 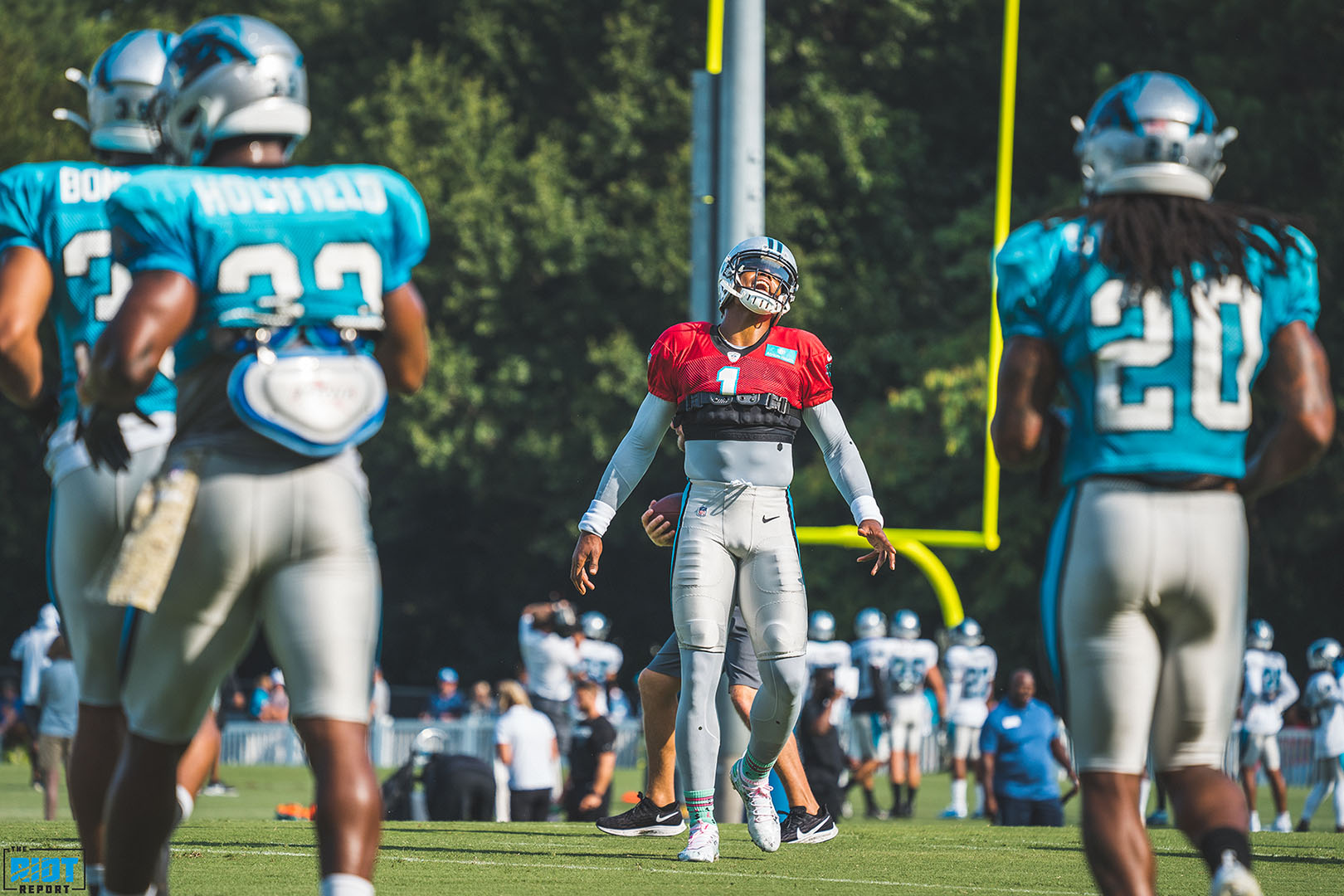