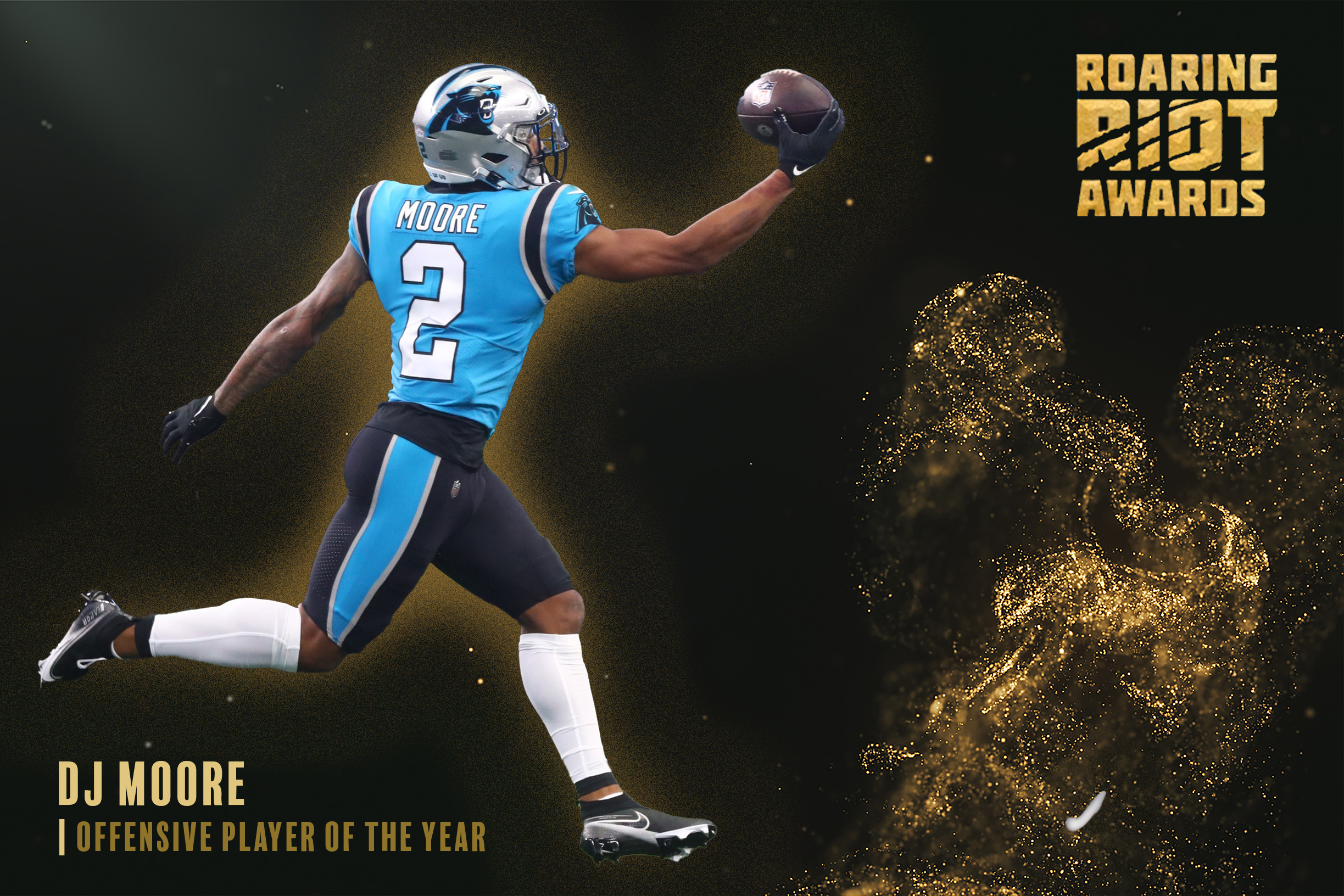 The second annual Roaring Riot Awards, which are voted on by the most loyal and rabid fans of the Carolina Panthers, honors the performances of those Panthers who have gone above and beyond both on and off the field.

The Roaring Riot voted to award the 2021 Offensive Player of the Year to wide receiver DJ Moore, who racked up 1,157 yards on 93 receptions during the 2021 season, including the longest pass play of the year, a 64-yard catch against the Miami Dolphins. Since he entered the league in 2018, Moore is tied for the most receptions of 50+ yards among wide receivers.

Moore joins Stefon Diggs as the only wide receiver with over 1,100 yards receiving in the past three seasons and THE ONLY PLAYER IN THE NFL with over 1,150 yards receiving the past three years. The 2018 first-round pick had four touchdowns for the third consecutive year and his 3,438 receiving yards are fifth-most in the NFL since 2019. Moore is up for an extension this offseason as his contract runs up after the 2022 season.

“DJ Moore is one of the foundation pieces on our team,” said GM Scott Fitterer after the season. “For everything he does — the toughness, playing through injuries, everything he brings to our team — that’s the type of guy that you would like to bring back.”

Moore received over 75% of the votes from the fans and joins fellow wide receiver Robby Anderson as winners of the award – Anderson took home the prize in 2020.