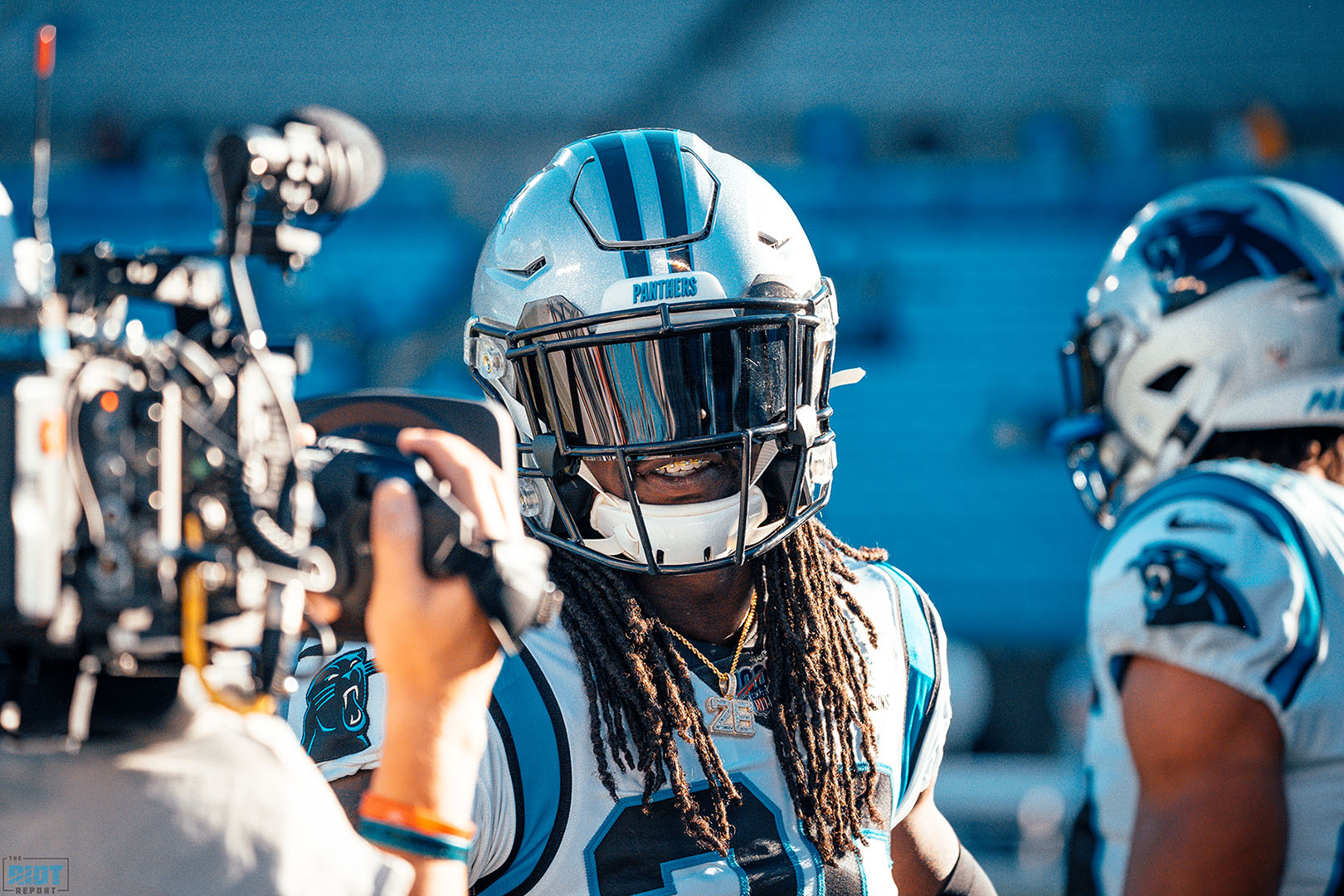 In many ways, Donte Jackson has had a frustrating third season.

He’s played just over 50% of the defensive snaps and struggled with persistent injuries, something that also plagued him last season – last year it was a groin, this year a lingering toe injury has either taken him to the sidelines or had him playing at less than 100%. In a year where he hoped to establish himself as a true #1 corner, he has once again spent too much time not on the field to merit such a view. On the flip side, however, when he has played he has played well, intercepting just over 6% of the passes thrown his way while allowing career lows in yards-per-completion and yards-per-target. While he has missed more tackles than one would like, he has played like a high quality starting corner when he has been healthy enough to see the field.

In his second game since sitting out a few weeks to allow that toe to heal, Jackson said he felt healthy in Green Bay and played 100% of the snaps for the first time since Week 2. So if Jackson is back to full strength and his play caused Matt Rhule to say after the game last Saturday night against Davante Adams and the Packers that he “thought Donte Jackson played the best game I’ve seen him play”, that shouldn’t be taken lightly.

From the box score, this isn’t a statement that you’d necessarily expect – after all, the 2018 second-round pick had no interceptions, interceptions or tackles-for-loss – and while the Panthers are a whole did a remarkable job in holding the Packers to under 100 net passing yards, Jackson’s contribution to this feat might not immediately jump out.

With this in mind, it is worth taking a while to look over Jackson’s tape from the game, and examine exactly what it was that caught Rhule’s eye, and how that might feature into what the Panthers look to do defensively moving forward.

It should be noteworthy that the Panthers have played an awful lot of off-coverage so far this year, and while there might be some change to that over time as Phil Snow continues to shape his defense, as a smaller DB with particularly short arms, Jackson is likely to spent most of his time working off the line.

With his speed, this isn’t necessarily a problem, especially if the Panthers continue to be a primarily zone defense – he is likely to either have help inside or over the top, allowing him either to dive on underneath routes or to know that he has a teammate underneath any in-breaking routes. However, one area where this can make the Panthers vulnerable is on receiver screens and the like – in order to limit gains, the DB has to dive on the screen and make a tackle at high speed with limited room for error.

This is something that the Packers tried to exploit fairly consistently on Saturday, and not just against Jackson, but he showed a nice discipline to maintain outside contain on screens and force the ball carrier back inside where he had help from either a nearby teammate or the pursuit from the inside:

And when they tried to try and force him to make a one-on-one tackle in space, he did an excellent job of rapidly closing ground and setting his feet before making a high-quality open-field tackle:

Jackson is unlikely to ever be the most physical cornerback in the league, but at times in the past he has gotten himself into trouble in space by charging in at full speed and failing to set his feet properly before making the tackle.

He has great speed to close gaps like this; as long as he keeps his weight under him in his backpedal, he will always have the ability to rapidly get to the ball, but that won’t matter if he doesn’t show the discipline in the tackle to consistently bring the ballcarrier down when he arrives.

Against the Packers, albeit in a small sample size, he looked to take a step forward in that regard.

Playing To Your Strengths

While Donte does have limitations in terms of length, one thing he has in buckets is straight line speed – his ability to run vertically with receivers is certainly something the Panthers can use effectively when he gets his matchup:

He does still have a tendency to get off balance coming out of his backpedal – this is probably a more fundamental athletic limitation than anything that can be completely coached out of him – but importantly, when he does allow momentary separation down the field, he has the speed to close the gap against most receivers:

While more technical underneath route runners are likely to continue to give him problems, his make up speed allows him to take away the underneath routes and trust in his ability to recover against double moves. Moving forward, an area where Phil Snow needs to improve is how he uses his corners in terms of matchups – both Jackson and Douglas have suffered from being used poorly in this regard; if Jackson gets his matchup against the right type of receiver, his ability to run vertically is highly valuable.

Another thing that has become clear in terms of how Phil Snow runs his defense is that he looks to run a lot of zone coverage and looks to mix between coverages in order to force the quarterback to constantly have to react to what is happening in front of him.

While he also looks to mix in man coverages here and there, for defensive backs to be effective in his scheme, they also need to be able to be effective in zone as well. Jackson has certainly shown that he has the ball skills to make quarterbacks pay, but what he also showcased against the Packers was an awareness that allows him to make the most of his natural talent.

In a three-deep shell, he showed the understanding of where his help was, staying above and outside the receiver:

And recognized the receiver working across the middle, ensuring that he stayed over the top once his own man worked back inside:

While it was not something the Panthers did a lot against the Packers, it was also interesting to see him roll into a deep half from an outside corner position, and while this can become predictable if overused, he certainly has the speed to not only cover a deep zone, but also to be able to get into that zone from a starting position near the line of scrimmage:

Donte wasn’t targeted a huge amount against the Packers, and that is in part testament to how effectively he was able to take away the receiver in front of him –  while the key for him entering his contract season in 2021 will once again be his ability to stay on the field, his play this past Saturday is an indication of how useful a piece he can be for the Panthers going forward, whether that is as the Pantherrs’ #1 or #2 corner.