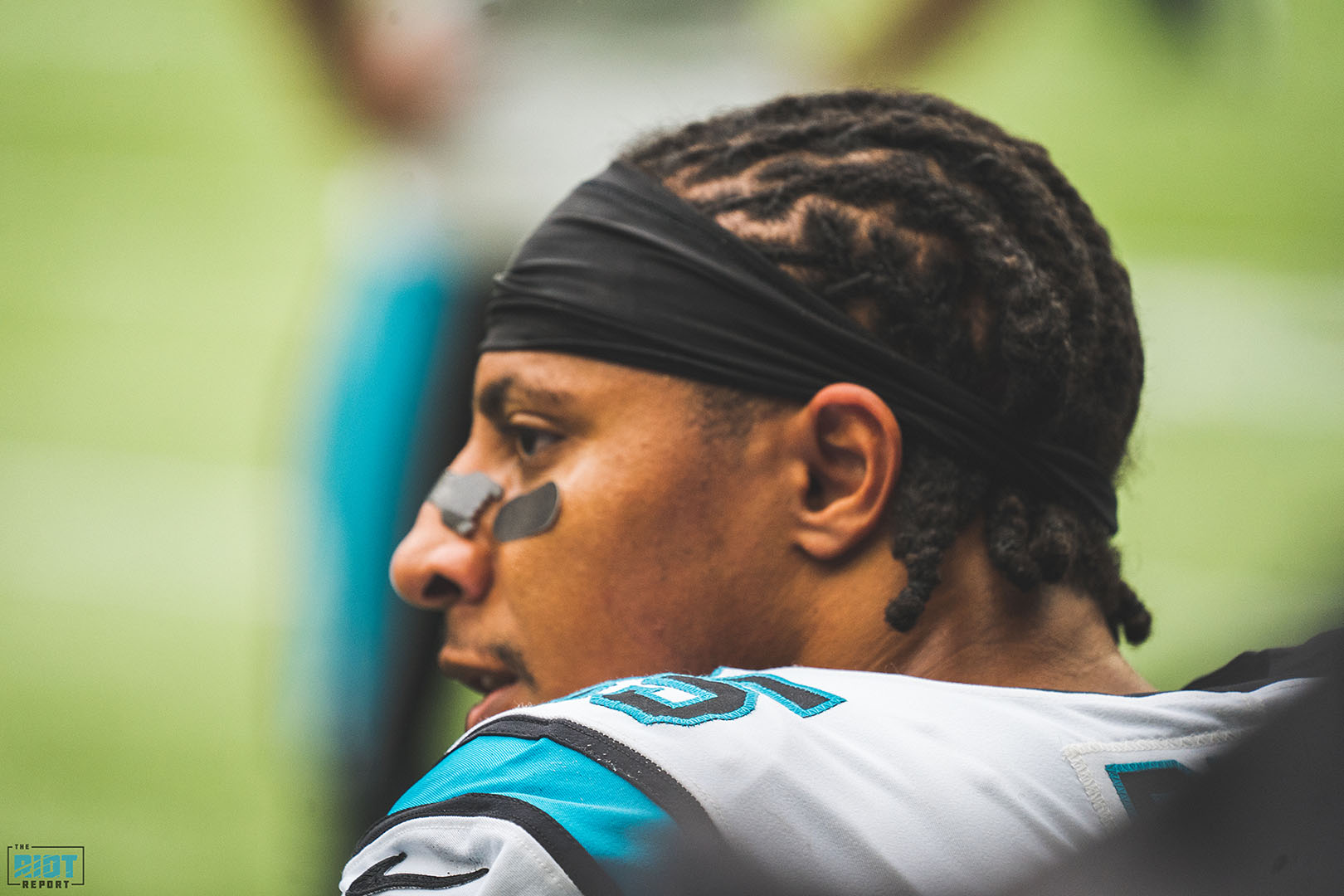 On Saturday afternoon in Atlanta, former 49ers quarterback Colin Kaepernick worked out in front of a handful of teams with the hopes of showing clubs he was ready to return to the NFL. While the Panthers did not send a representative to the workout, maybe, in fact, they should have.

A lot has been made about the future of the Panthers quarterback situation with Cam Newton currently on injured reserve and in Sunday’s game against the Falcons, the Panthers current quarterback Kyle Allen did himself no favors. Allen completed 31-of-50 passes for 325 yards, no touchdowns and four interceptions in the Panthers 29-3 loss to the Falcons. In the Panthers’ last four games, Allen has thrown nine interceptions after not throwing a single one in the team’s first four wins of the season.

Panthers safety Eric Reid, close friends with Kaepernick, attended the workout in Atlanta before he had to return to the Panthers for his team meetings ahead of Sunday’s game – Reid says not only could the Panthers benefit from having him on their team, but so could 31 other teams.

“The goal of this workout was to show the teams that he can throw the ball and that he can play and he did that,” Reid said after Sunday’s game. “They’re a number of teams in this league, all 32 teams could benefit from having a quarterback like Colin on their team.”

Adds: “Is Colin supposed to trust the organization that’s blackballing him?” pic.twitter.com/vgcxf9wkhY

Kaepernick hasn’t played in an NFL game since January 1, 2017 and Reid believes that the NFL has “blackballed” Kaepernick from playing in the league. Earlier this year, Kaepernick and the NFL settled his collusion grievance against the league and both Reid and Kaepernick believe there is a conspiracy to keep him out of the league. Almost three years removed from playing in his last game, there has been speculation from some on if Kaepernick is still talented enough to be on an NFL roster. Reid said Kaepernick proved Saturday that he can still play in the league.

“All of these false narratives about Colin’s ability to play this game,” Reid said. “I was on the San Francisco team that was ranked last in the league in defense. That led the league in dropped passes and he still had a top-five touchdown to interception ratio in NFL history, despite all of that. People are coming out here saying he can’t play the game when I know that’s not true.”

Reid said he spoke to the Panthers about possibly sending a representative to the workouts on Saturday with the thought of adding Kaepernick, but the Panthers declined to do so.

Although the Panthers may not be looking to add a veteran quarterback during the team’s last six games of the season, it doesn’t mean they won’t decide to do so during the offseason. Newton’s future with the club is very much in doubt as the Panthers could decide to move on from the 30-year-old – with Allen and third-round pick Will Grier the only quarterbacks on the roster, the rest of the season goes could go a long way in determining the future of the Panthers under center.

Meanwhile, it didn’t help matters that Allen had his worst career start as the Panthers offense failed to get anything going as interceptions in the red zone derailed any potential drives for Carolina. But Reid said the Panthers loss was due to not executing in all three aspects of the game – offense, defense and on special teams – as he refused to place blame on any single player.

“We definitely got this one handed to us,” Reid said. “We lost as a team, all three phases. Kyle didn’t have much time in the pocket to make much happen. We gave up a touchdown on special teams and the defense had no turnovers. With all that being said, you can’t blame Kyle for that.”

“But I stand by what I said – I think Colin could help our team.”