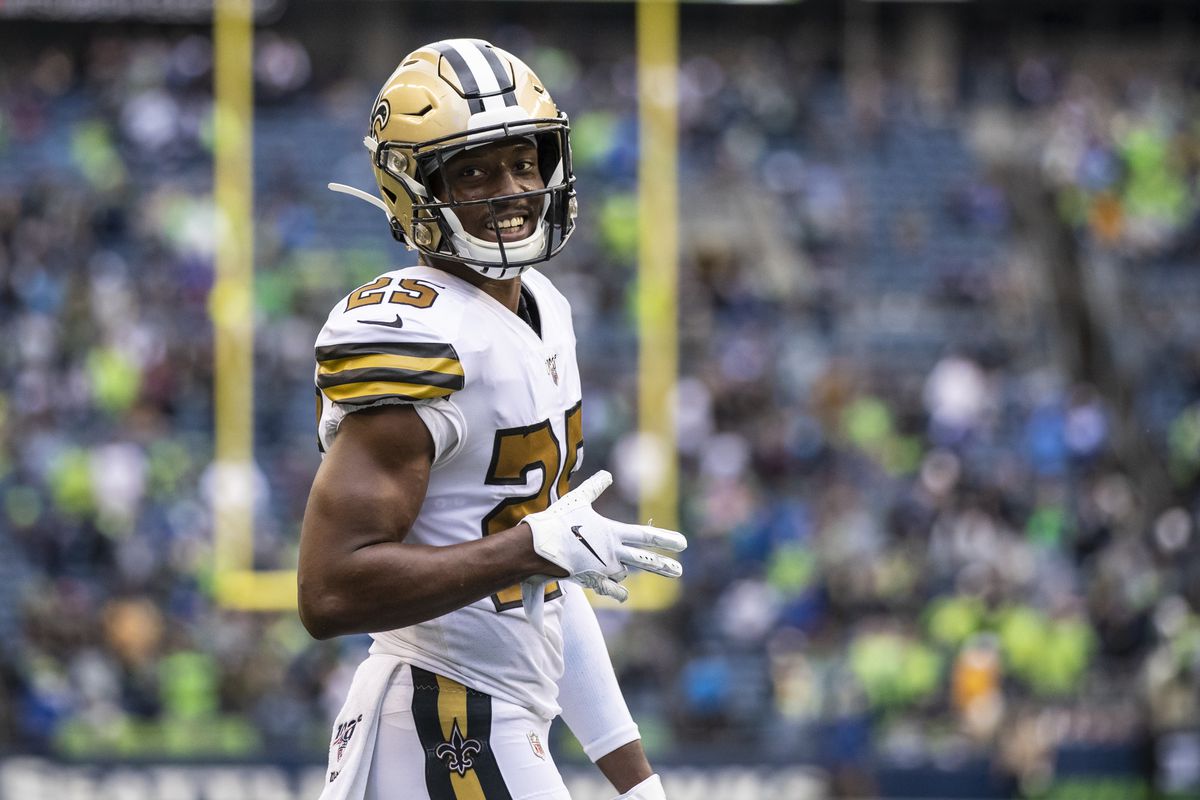 The Panthers have been in the market for a veteran cornerback ever since they failed – or declined – to retain James Bradberry, Ross Cockrell and Javien Elliott in free agency – Thursday afternoon, they found that veteran cornerback in former Saints and Giants CB Eli Apple. While they did draft two cornerbacks on day three of the draft, asking one or maybe even both of them to step into regular playing time early could not only lead to pretty poor results on the field, but also inhibit their development going forward.

While the signing of Apple in particular is noteworthy, the fact that they have looked to add a veteran cornerback at this point should not be surprising in the slightest. With that said, it is worth taking some time to consider what Apple offers the Panthers, both because he is likely to play a fairly significant role early on at least, and because at 24, he is young enough that there is a chance that he could end up being a part of what they are building defensively going forward.

It is also worth taking a moment to consciously try and distinguish between the two Eli Apples – the one drafted tenth overall in 2016 and who is already on his third team, and the one who is signing a one year contract as the 53rd highest paid cornerback in the NFL (via Spotrac).

Continuing to judge Apple by the standard of a top 10 pick, while not irrelevant to a discussion on the drafting of cornerbacks and how the NFL goes about evaluating players, is not really helpful when trying to judge whether he can be an effective corner for the Panthers or whether he is good value for his one-year, $3m contract – to put that in perspective, Ross Cockrell was signed in 2018 to a two-year contract worth $6.8m as the Panthers third corner. When you start adjusting your expectations of Apple to that level, it’s easier to separate him from that #10 pick.

So then, what does the tape tell us about Eli Apple the player?

For cornerbacks, everything ultimately starts and stops with coverage – while run defense is important and will be touched upon later, if Apple does well in coverage, that will cover up for a lot. If he struggles, good run defense won’t make up for it. With the Saints last season, he was asked to play in a range of different ways and in a range of different coverages – while the Panthers’ scheme will likely differ in terms of the details, the fact that he is used to playing a range of coverages is likely to be helpful given what the Panthers’ new defense is expected to look like.

One thing that Apple will bring to any defense is speed, and his 4.4 speed shows up on tape with his ability to run vertically with receivers in man coverage:

This speed also is useful in zone coverage as well, which the Saints took advantage of in a number of ways, some of which are fairly common for NFL corners, such as asking him to cover a deep quarter:

Or a deep third:

But somewhat unusually, they also used Apple in combination with the centerfield safety in a rolled cover 2 at times:

This is unlikely to be a major part of what any NFL defense runs, but is a testament to the versatility and range that Apple’s speed makes possible.

What is also noticeable from many of these clips is that Apple didn’t play close to the line that much with the Saints – while some of this was because of the way in which he was used in deep zone, he also didn’t show a huge amount in terms of high level press coverage. Going back to what Matt Rhule and Marty Hurney said after the draft in terms of wanting corners who can open their hips and run vertically, there are occasions when he does this on tape:

But he also shows really slow feet at the line at times, and by not keeping his feet moving, he makes himself vulnerable to changes of direction at the line:

This, in turn, created some issues in terms of penalties, as when he did get beaten at the line he often ended up having to resort to grabbing the receiver in order to avoid giving up a potentially big play – and while you would like to think that this apparent ill-discipline is something that can be coached out, the underlying issues that make it necessary might be harder to eradicate:

If Baylor’s defense under Phil Snow is any indication, while the Panthers’ defense is likely to be more varied and nuanced, they are likely to run a fair amount of underneath man coverage – at least at times – and so as useful as Apple’s ability in deep coverage might be, he will also likely need to be able to match up in man coverage.

While there are certainly better man corners, Apple did show the ability to run with receivers through routes, and his speed does certainly make it hard for receivers to use speed and the threat of speed to gain separation:

However, when in backpedal in off-man coverage, he does tend to lean backwards, which then makes it harder for him to break back to the ball on underneath routes:

This is due to a combination of slightly tight hips and imperfect footwork, and while the latter can be worked on, it is likely that limiting the amount of time he spends in backpedal is something that would benefit his play.

One fairly common way of limiting the impact of mediocre corner play is to run a lot of zone coverage, and this is something the Panthers have had a lot of success with historically – such as the 2013 season – while this then places more emphasis on the front 7, given how the Panthers have invested this offseason that does seem like a path they might take, at least in the short term.

In this regard, Apple does show a number of nice things, such as here where he does a nice job of working off the underneath to undercut the corner route:

And while his footwork could be smoother, here, he does well to trail the vertical route before rerouting to the underneath route:

And shows the awareness to pinch inside once his receiver has cleared the zone to compact the window on the underneath route:

However, as in man coverage, there are also a number of issues with his footwork that show up on tape. First, his transition isn’t great, and while this is alright when he is bailing in man coverage and can just turn and run, when he is asked to flip his hips down the field, he tends to struggle to maintain momentum and can also momentarily lose his balance:

And as in man coverage, he tends to get his weight leaning backwards slightly, making it hard for him to change direction smoothly:

And in combination, these make him really quite susceptible to double moves, as once committed to going one way, he can really struggle to efficiently redirect:

And while he definitely did have some nice plays breaking on the ball in off coverage:

Here, he also was guilty of taking unnecessary steps away from his frame at points which work to put him slightly off-balance and make it harder for him to break back to the ball – even if in this particular instance, the ball is poor enough to allow him to get away with it:

The flip side of zone coverage from the defense’s point of view is the ability to generate turnovers on the back end, and while Apple showed really good hands during his Combine workouts – and does have three interceptions to his name – his footwork simply limits the number of chances he creates.

The other frustrating issue in this regard is that he appears to really struggle locating the ball, to the point where he often just looks to play the hands of the receiver even in zone coverage. On both of the following plays, he actually had a chance of getting an interception, and while on this first play this is a combination of not looking for the ball and playing his responsibility:

Here, he has a great chance to break on the ball and still be running as you’re reading this today – but instead, he looks to play the hands and only starts to look for the ball when he gets to the catch point rather than running through it to the ball:

Apple does do some nice things in coverage – he has the speed to run vertically with receivers in man coverage as well as play over the top in zone and shows enough in terms of movement skills to be functional in both man and zone coverage – but his footwork does have some flaws and his lack of ball production means that he is unlikely to either offer a consistent shutdown option in man coverage or a persistent interception threat on the outside.

The Saints showed that Apple can be a part of a good defense, and his 2018 season was actually pretty good from a statistical point of view, but the fact is this: he is not a #1 corner in the NFL and he is not going to be one of the better pieces on a good NFL defense.