Where Isaiah Simmons Fits Into An NFL Defense 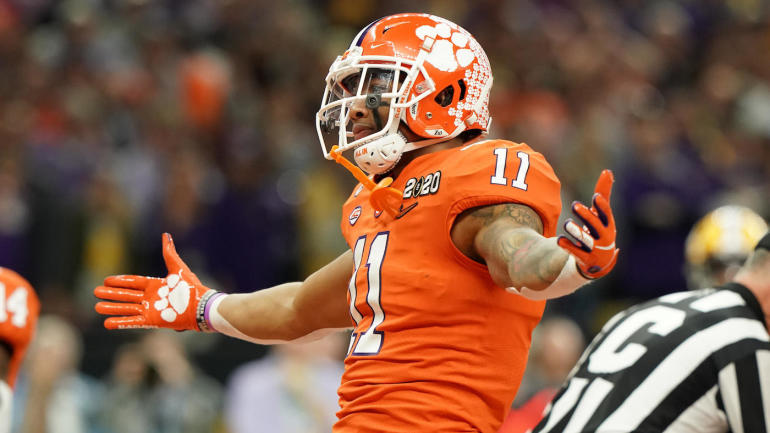 Isaiah Simmons is one of the hottest draft prospects around after his sensational Combine performance – and it’s easy to understand the buzz when a 6-4 238-pound defender with ridiculously long arms runs sub-4.4 in the 40-yard dash with vertical and broad jumps of 39″ and 132″ respectively.

Even if Simmons wasn’t coming off a 100 tackle season for Clemson – enhanced by seven sacks and three picks – those kind of athletic numbers would have NFL executives slathering. However, for Simmons to be a serious consideration to go in the top 10 in the upcoming NFL draft, he needs to be more than a productive college player with great athletic measurables. As with all draft prospects being considered at the very top of the draft, the tape has to match the measurables, so what does Simmons look like on tape – and should he be seen as a viable candidate for the Panthers’ 7th overall pick?

The fact that the NFL is increasingly a passing league is hardly a well-kept secret, and so the modern NFL linebacker looks less like a Ray Lewis and more like an overgrown cornerback. While there is something of a discussion to be had about where Simmons will actually play well in the NFL – something we’ll come back to later – the appeal of a player with his athleticism playing linebacker in the NFL is how he can match up in the passing game.

In zone, this allows him to line up inside the slot receiver and still cover enough ground to cover intermediate outside thirds:

Which, in turn, allows the defense greater flexibility in how they can rotate into different coverages, making it harder for quarterbacks to anticipate pre-snap. The other real appeal is in man coverage, where he has the speed and movement skills to match-up with even the most athletic tight ends and running backs, as well as most slot receivers. It’s hard to think of many linebackers who can line-up as an edge rusher and drop out and pick up a slot receiver on an intermediate curl:

He also shows the ability to run with receivers vertically:

While the ability to switch with cornerbacks in man 20 yards down the field might not be as flashy but also offers a huge amount of defensive flexibility:

Unsurprisingly, locking down even some of the better college tight ends appeared to hardly challenge him:

Given all this, it’s easy to imagine what Simmons can become from a coverage point of view, able to cover extraordinary amounts of space in zone and able to match up against all but the most athletic slot receivers. How good he might become is not really the question, but rather about how far he has to go to be this all-conquering defensive do-it-all, and what cause NFL teams to hesitate before handing in the card. This is where we are going to have to talk about his position.

Up Next: We Know He Can Play, But Where?