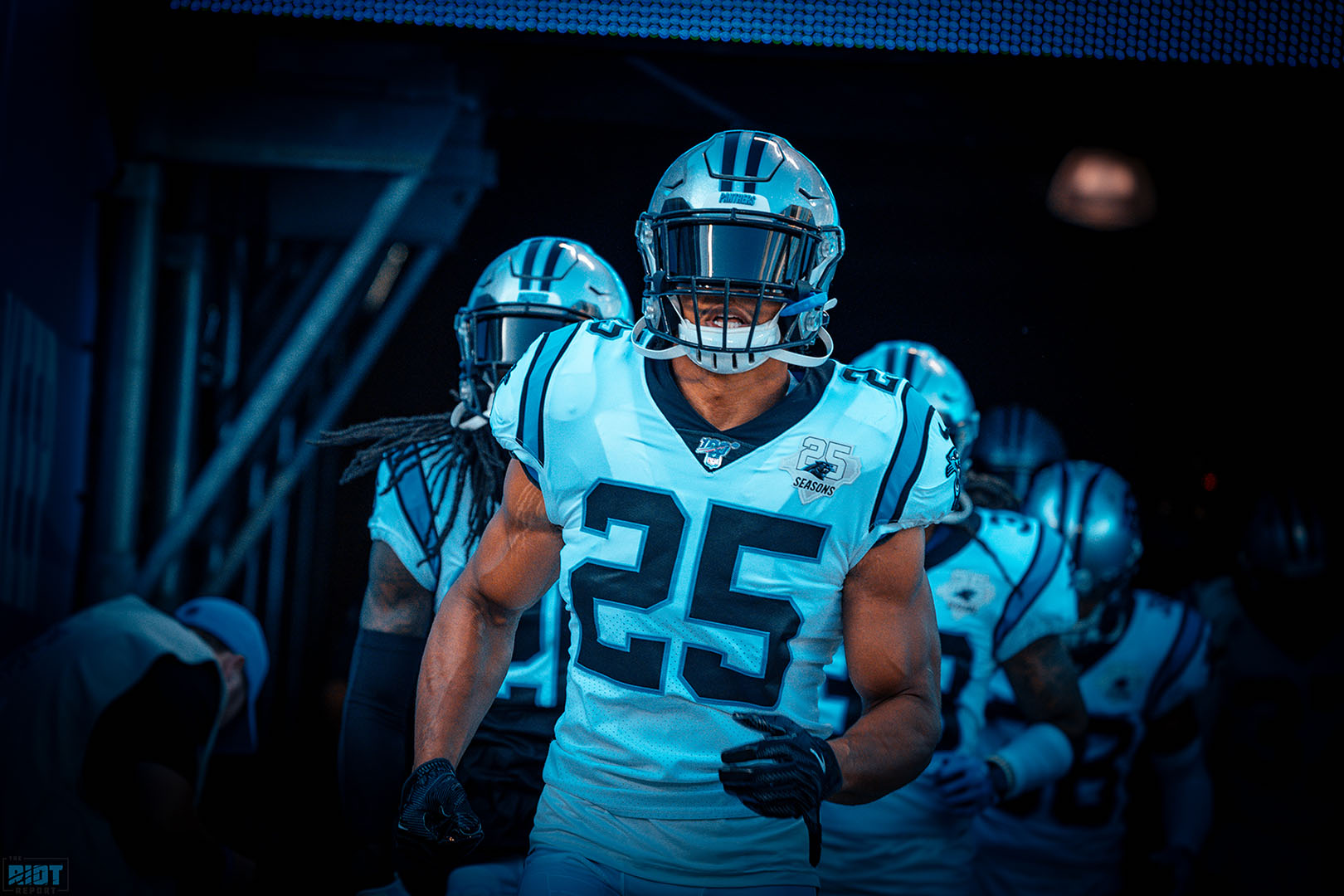 The Panthers didn’t do a ton this past offseason in terms of bringing in new players, being somewhat constrained by cap space, but what they did do was bring back a number of starters on medium-term deals, with possibly the biggest returning name being Eric Reid. With the Panthers season being almost over in terms of playoff contention – not aided by season-ending injuries to van Roten and Poe – it seems like it is now time to start evaluating where the Panthers are as a team. In that vein, how has Reid performed to this point, how have the Panthers been using him, and what could he do to improve?

On the spectrum between centerfield free safety and near-linebacker, Reid is very much towards the latter, being at his most effective when working in or around the box, having spent some time playing actual linebacker at points earlier in his career. Of course, a major part of the value of such players is their ability to contribute significantly against the run, and this is really where Reid is most impressive. While the Panthers have really struggled with gap discipline so far this season – this largely hasn’t been an issue for Reid. He does a nice job of fighting to stay in the right gap:

And does a good job of working across to account for pulling blockers:

He also does some really nice but more subtle things, such as on the following play:

The nice thing here is that knowing the fullback is going to be working through the hole, he initially moves slightly outside to make sure the fullback isn’t able to seal him inside – when the fullback narrows, he breaks on the ballcarrier. In fact, through the three games reviewed for this article – Saints, Packers and Falcons – the only noticeable breakdown in gap discipline I found was the following play:

Here, he starts outside the blocker, and this is ultimately what leads to the block cutting him off, though, as always, it’s impossible to know for sure whether it was him or Butler who lined up in the wrong gap. Even if we assume it was Reid’s mistake, it’s still fair to say that he shows consistently good gap discipline – he does a really good job of adjusting to motion in particular. Of course, there is more to run defense than just being in the correct place.

While it is less relevant for safeties than for linebackers, Reid has also shown some nice things when it comes to taking on blockers, exhibiting a willingness to take on lead blockers at the point of attack to stop them expanding inside rushing lanes:

And using his hands well to work off blocks in space:

However, when he isn’t able to win quickly with his hands, he has sometimes struggled to extend his arms to keep blockers away from his frame, occasionally leading to him going backwards – even against less powerful blockers:

As a tackler, Reid shows both willingness, technique and power when taking ballcarriers on head on:

And generally does a good job of wrapping up in space:

But can sometimes be slightly late with his arms, meaning that he essentially ends up just diving into defenders’ legs, leaving him vulnerable to the occasional whiff:

The other slightly unusual concern that does emerge with Reid on tape is his seemingly slow reaction time. A couple of times on tape, he did everything correctly in terms of being in the right gap, etc. – but just seemed to be a step slow off the snap:

It’s hard to put a reason to this, but it is something to watch out for going forward.

However, while all this is the making of a good run-defending safety, what Reid does that very few other safeties are able to do as a run defender is that he is a really good one-gap penetrator. While this obviously has some risks in terms of play-action – something that we’ll come to later on – when asked to simply hit a gap and get penetration as a run defender, Reid can be really effective:

Even when he’s not able to make the tackle, he consistently forced the running back to redirect inside where Reid should have help waiting, or to bounce the ball outside where there should be an unblocked defender. The Panthers have really struggled against the run for much of the second half of the season thus far, but Reid should be seen as a real bright spot in this regard who has the potential to act like an extra linebacker in the box with the intelligence to consistently adjust to motions and shifts with the quickness and technique to consistently make plays behind the line of scrimmage. While this next play was more a case of cleanup, it exemplifies everything Reid does so well as a run defender:

However, as good as Reid is in this regard, in the modern NFL, a safety really needs to be able to defend the pass, and while Reid isn’t being paid like a superstar safety, in order to justify his contract he needs to show that he can be at least solid against the passing game. So how has he got on in the passing game?

Up Next: Reid’s Pass Defense