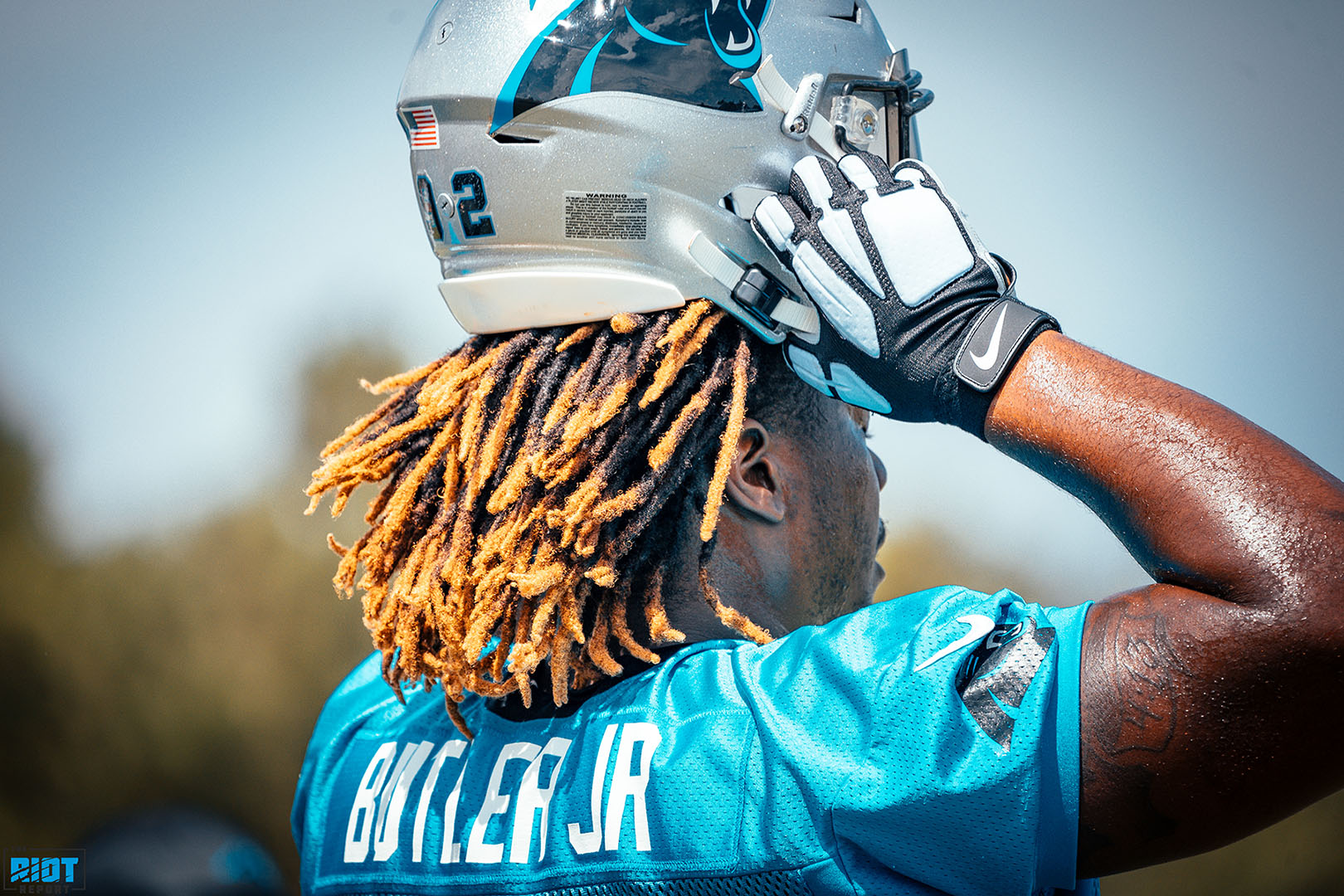 Vernon Butler has undeniably been a disappointment as a first round pick.

However, something that sometimes gets lost in the discussion around him and other draft picks is that, especially when it comes to former high draft picks, just because somebody doesn’t live up to their draft stock doesn’t mean they can’t be a valuable part of an NFL roster. In other words, just because Butler isn’t the featured player he was drafted to be, doesn’t mean he can’t play a role as a rotation piece, and with the Panthers moving from a 4-3 to a 3-4 defense this season, Butler might have a chance to make an impact in a new role. So how was he used against the Bears in last week’s preseason game, and does he look like somebody who might be able to contribute more significantly in 2019?

Same As It Ever Was

Before looking at how Butler was used in the new 3-4 looks, it is also worth examining how he looked in the plays where the Panthers were operating out of a more traditional four man front. Against the run, he showed good power, decent pad level and good gap discipline, working inside the tackle to force the ball carrier outside, even if the pursuit from the second level left something to be desired (Butler wears #92):

And against the pass, he saw some snaps either being asked to work against double teams to allow other defenders to make plays:

Or rotating around to the edge to maintain edge contain on the backside of a blitz:

While Butler is performing a useful role on both of these plays, it’s hard to say that he is doing a noticeably better job than any other player, but there was also one play out of the four-man front where he showed something nice, using his hands to work off the block effectively – even if he could have done a better job of extending his arms initially in order to allow him to do this quicker

There was, however, a play that should remind Panthers fans of what made Butler such an intriguing prospect, showing the quickness and good hands to work around the block of the guard, thereby giving him a clear run at the quarterback:

The difference between this and what the Panthers have mostly seen from Butler over the past three seasons is the fact that here, the Panthers lined Butler up outside the guard, similar to where he would play as a 3-4 DE, allowing him a one-on-one rush opportunity rather than simply getting him to force the double team as the 1-tech. What’s more, when given a chance to rush one-on-one, he showed the power to simply bullrush the guard back into the quarterback:

It’s hard to take much from six plays, but it appears that out of the four-man front, the Panthers plan to use Butler in the same way they do Dontari Poe and did Star Lotulelei – in that his job is to force double teams to provide more space for others and anything he gets from those situations is a bonus. However, as mentioned earlier, there was at least one hint that they might look to use him as a 3-tech out of the 4-3 as well, something that they have rarely done to this point. In such reps against the Bears, he showed the ability to be a real threat as a pass rusher soloed against a guard, and this alone should give him a chance to make more of an impact in 2019.