Film Breakdown: What Tre Boston Brings To The Panthers Defense 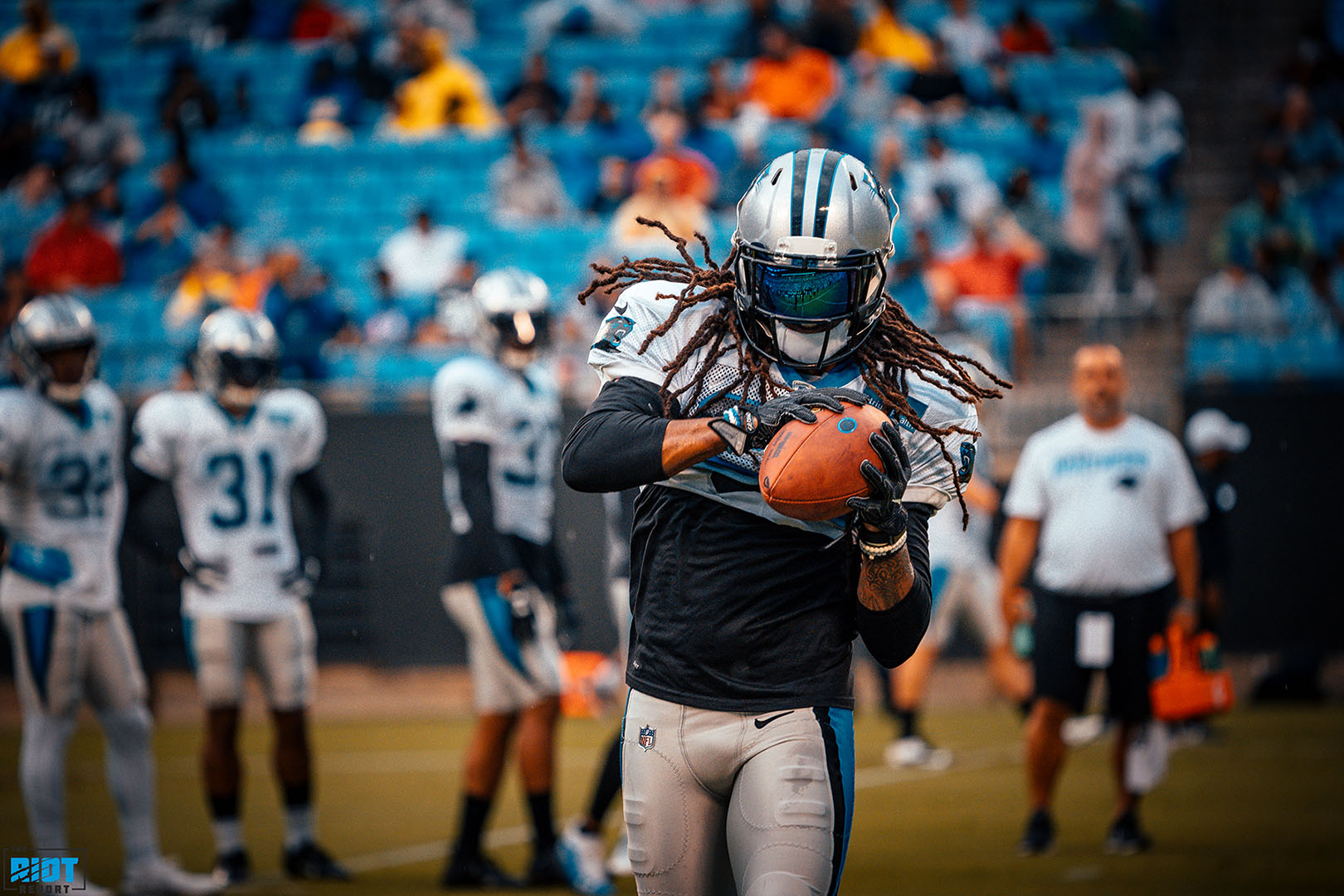 If you hadn’t heard, Tre Boston is back.

Having been talked about as a potential solution to the Panthers’ free safety issue for most of the offseason, Boston putting the pen to paper last week all but guarantees that he will end up starting at free safety in 2019, allowing Rashaan Gaulden to move back to nickel – his natural position that he played in college. However, how good is Tre Boston – and what will his role be in the Panthers defense?

To answer these questions, let’s look at his play since he left the Panthers two years ago and explore what he does well, what he could do better, and what that means for the Panthers.

As a primarily deep centerfield safety, a lot of Boston’s responsibility as a run defender comes in the form of clean-up duty:

Because this often means that Boston is asked to make a high proportion of his tackles in space, it is important that his tackling technique is solid, as not only do ball carriers often have a reasonable amount of space to work in, but missing a tackle often means conceding a touchdown. Fortunately, Boston generally shows good tackling technique in space, getting low and wrapping his arms in order to bring down ball carriers:

When he was asked to play closer to the line, he also showed a number of good traits when it comes to taking on blockers.

Of course, there are also some ways in which Boston could improve as a run defender. As with most safeties, there are times where he can be a little hesitant in run support, possibly due to the need to hold in case of play-action, but by allowing the running back to clear the second level, it makes it harder to secure the tackle, allowing for much longer gains than if he had attacked the run so that the tackle was made where he had support:

Finally, he also needs to be very careful when making tackles downhill, as he has a tendency to enter tackles at high speed and not totally under control, leading to him running the risk of targeting penalties as he effectively flies headfirst into the tackle. This is also an issue in pass coverage at times when looking to make hits at the catch point, as while there is obviously a need to try and dislodge the ball, Boston sometimes risks getting flagged or even ejected if he continues to fly in in this way:

As a run defender, Boston is generally pretty solid, but he really does need to try and avoid hits that run the risk of getting flagged with the rules regarding player safety only getting stricter and the punishments harsher as time goes by.

Up Next: But What About Against The Pass?