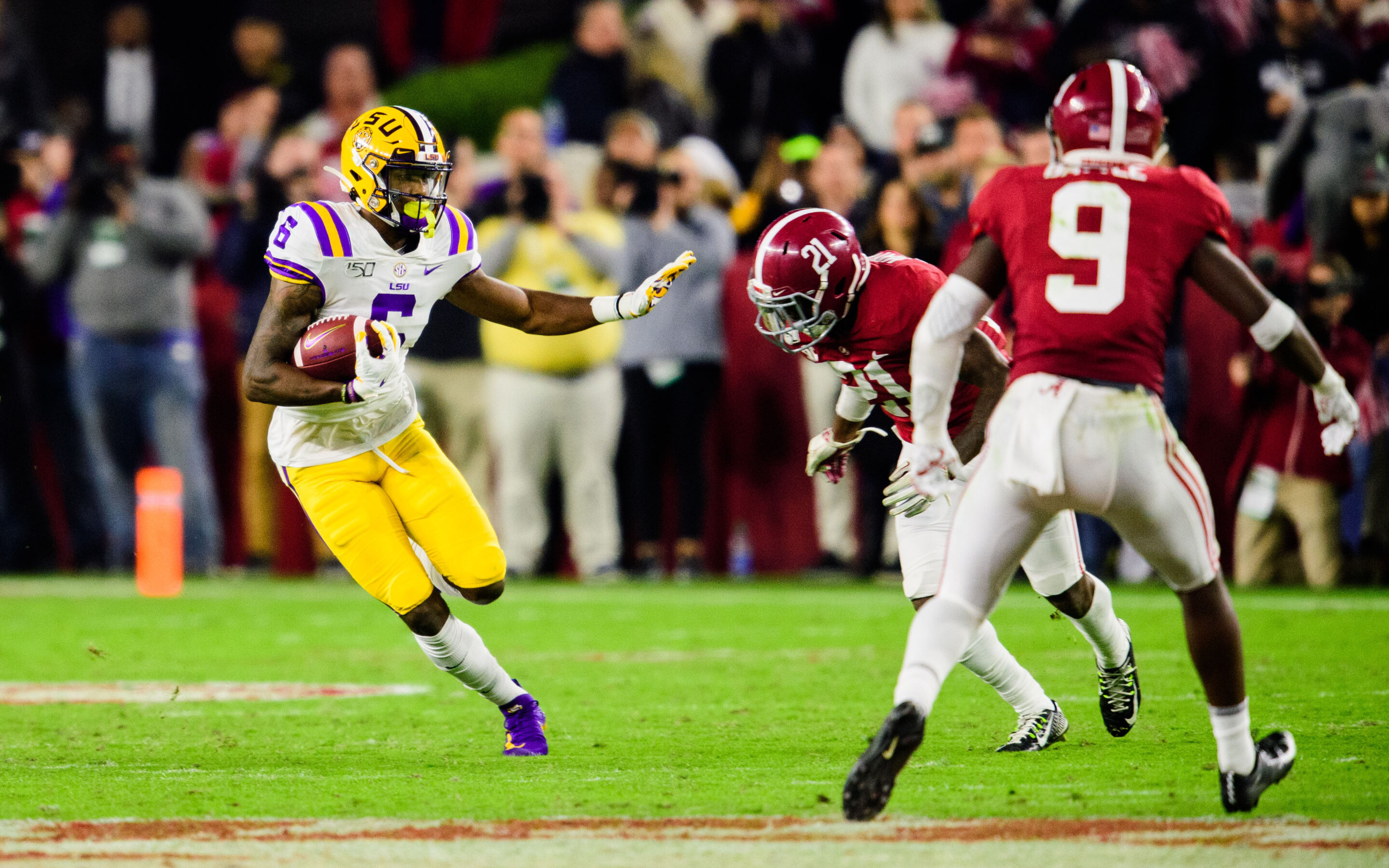 When it comes to draft philosophy, there are two things that the Seattle Seahawks have been famous for in recent years – trading down (a lot) and placing a high value on athletic measurables. With former Seattle personnel executive Scott Fitterer now at the helm in Carolina, Panthers fan got a look at both approaches on the second day of the 2021 NFL Draft, with the Panthers trading down multiple times in the second round before taking an athletic phenom, wide receiver Terrace Marshall from LSU with the 59th overall pick.

Marshall might not quite reach the same level as DK Metcalf, but he is still in the 97% percentile of NFL receivers in terms of Relative Athletic Score, with his athletic numbers including a 4.4 40-yard dash, a 39″ vertical jump and a 125″ broad jump, and all at an impressive 6-3, 205lbs.

“If you look at the great players on our team… the great players on our team are all great, great, great athletes,” said Matt Rhule. “I think if you can find elite athletes with football instincts and also a love of the game, and who treat people well, you have something special. Again, the tape’s the most important thing for us but their metrics they just verify that what you see on tape is real.”

“Fast people run fast, they’re powerful, they jump high, and these guys do all those things.”

Although medical concerns may have dropped him out of the first round, Marshall says he’s 100% healthy after a scope on his left knee in January.

“I’m ready to go Day 1. There won’t be any complications. That’s that,” Marshall said, acknowledging that he opted out of his junior season after seven games but is completely healthy right now. “That played a part in my injuries, but I took care of those injuries. I had a surgery back in January and I participated in the pro day. I was 100% by pro day. I did everything and performed well.”

However, while athletic numbers are important, Marshall will need to succeed on the field rather than on paper to justify his selection, so what does he show on tape? 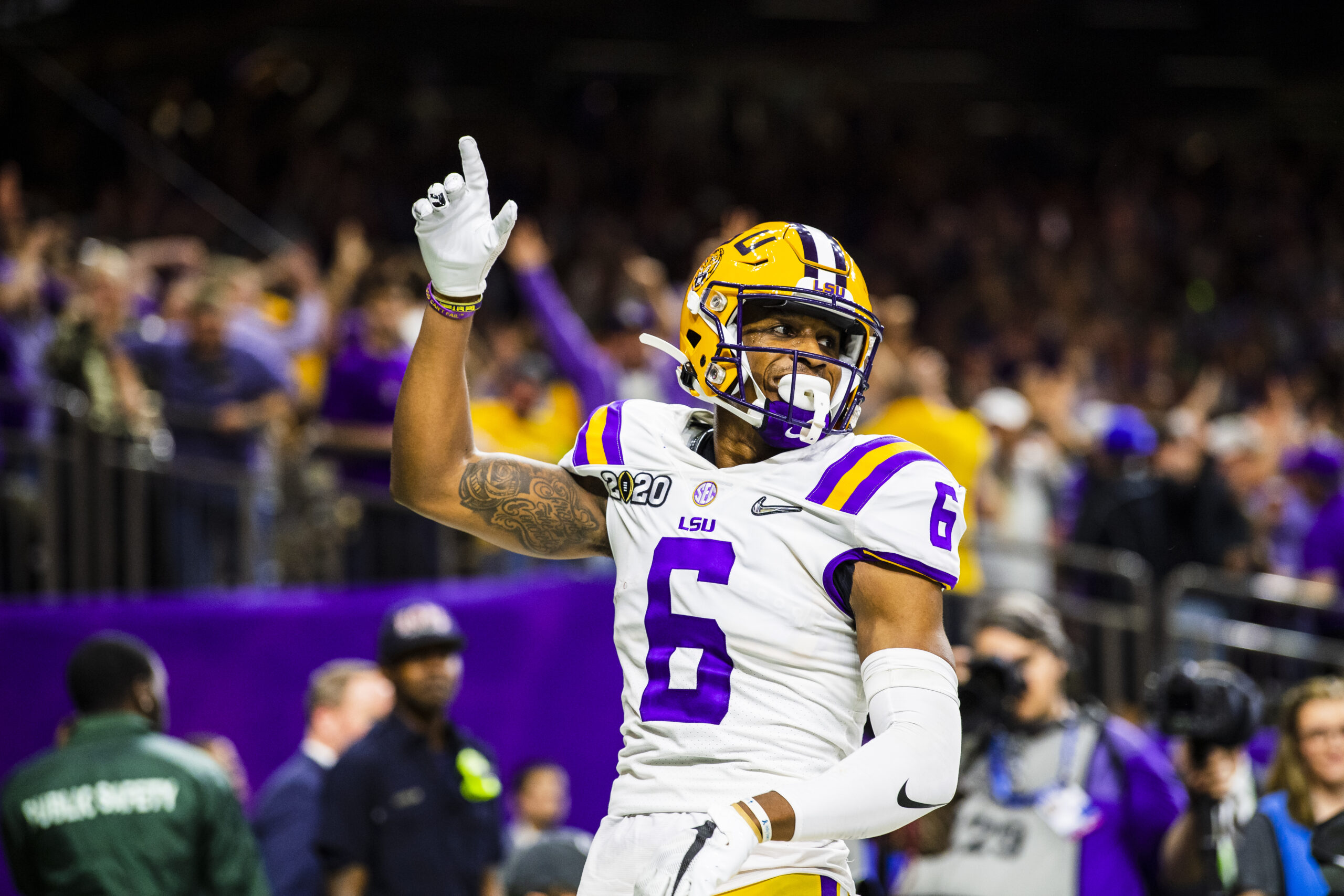 Marshall was something of a minor contributor to LSU’s 2019 championship season but still managed to account for nearly 700 yards and 13 TDs. This ability to make an impact in the red zone is something that will certainly be attractive to the Panthers, and this starts with his hands.

Overall, Marshall catches the ball well with an ability to make receptions away from his frame:

And he does a good job of making catches through contact:

There are some frustrating concentration drops on tape, though these look to be more a matter of discipline and consistency rather than any fundamental issue:

What really helps him the red zone, however, is his ability to win plays at the catch point. While he didn’t necessarily have a ton of plays where he leapt over defenders to the ball, he adjusts really well to the ball in the air and closes well to come down with receptions that could easily fall incomplete.

“Just being a good football player, a good receiver,” Marshall said when asked what made him good in the red zone. “Getting open, finding the feel of the defense, getting in an open spot. That’s just what separates me from the rest.”

As a pure catcher of the ball, Marshall is more than capable, even if he could stand to eradicate the concentration drops, but playing receiver is about a lot more than catching the ball. 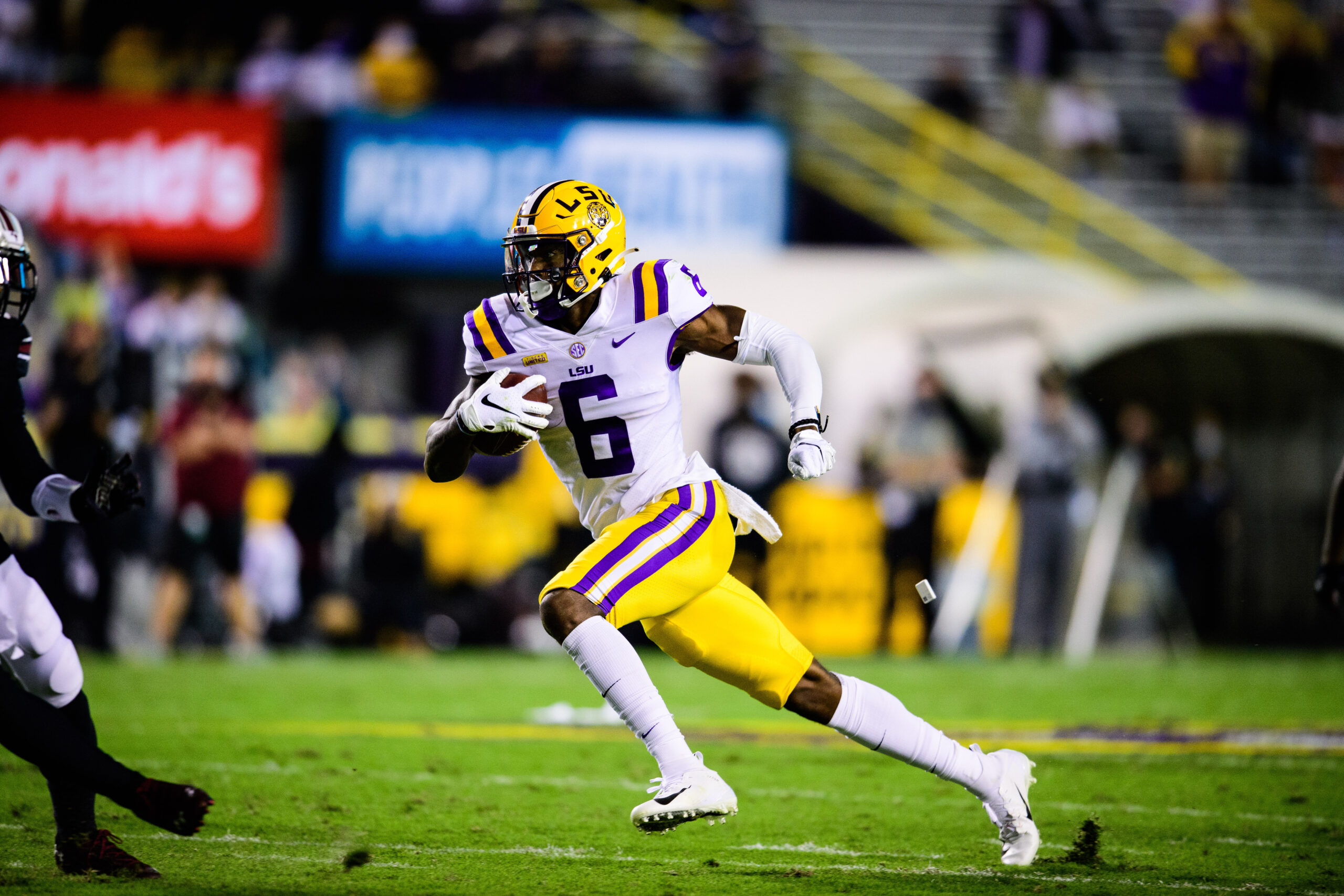 While he is not an out-and-out burner, Marshall shows the speed to stretch a defense vertically – even if he wasn’t asked to do this a huge amount in LSU’s offense in 2020:

However, how he will be able to create consistent separation at the NFL level is a little less simple, and is more complicated by how he was used in LSU’s offense. He did show some encouraging signs in terms of his ability to manipulate leverage at the head of routes, even if the pass wasn’t always there to match the separation:

And he has the change of direction and quickness to cause real problems for defenders underneath:

But there are also times where he looks to overcomplicate his footwork without any real need, and while routes like this might looks fancy there isn’t necessarily a lot of value being added:

Similar to Justin Jefferson a year ago (and no, that doesn’t necessarily mean he will have the impact that Jefferson had as a rookie), it is clear watching Marshall on tape that how he was used in college and how he will be most effective in the NFL are quite different things. Like Jefferson, he has so far been used a lot to work as something as a security blanket for the quarterback, where his upside lies as a vertical route runner.

This is something he did show flashes of at times at LSU, using the threat of his speed to create space underneath:

And he flashes the quickness and ability to carry momentum through breaks to create separation down the field:

But this is something that will need to be built upon as a skillset in the NFL, and turning those flashes of route running into consistent separation down the field isn’t a trivial matter. 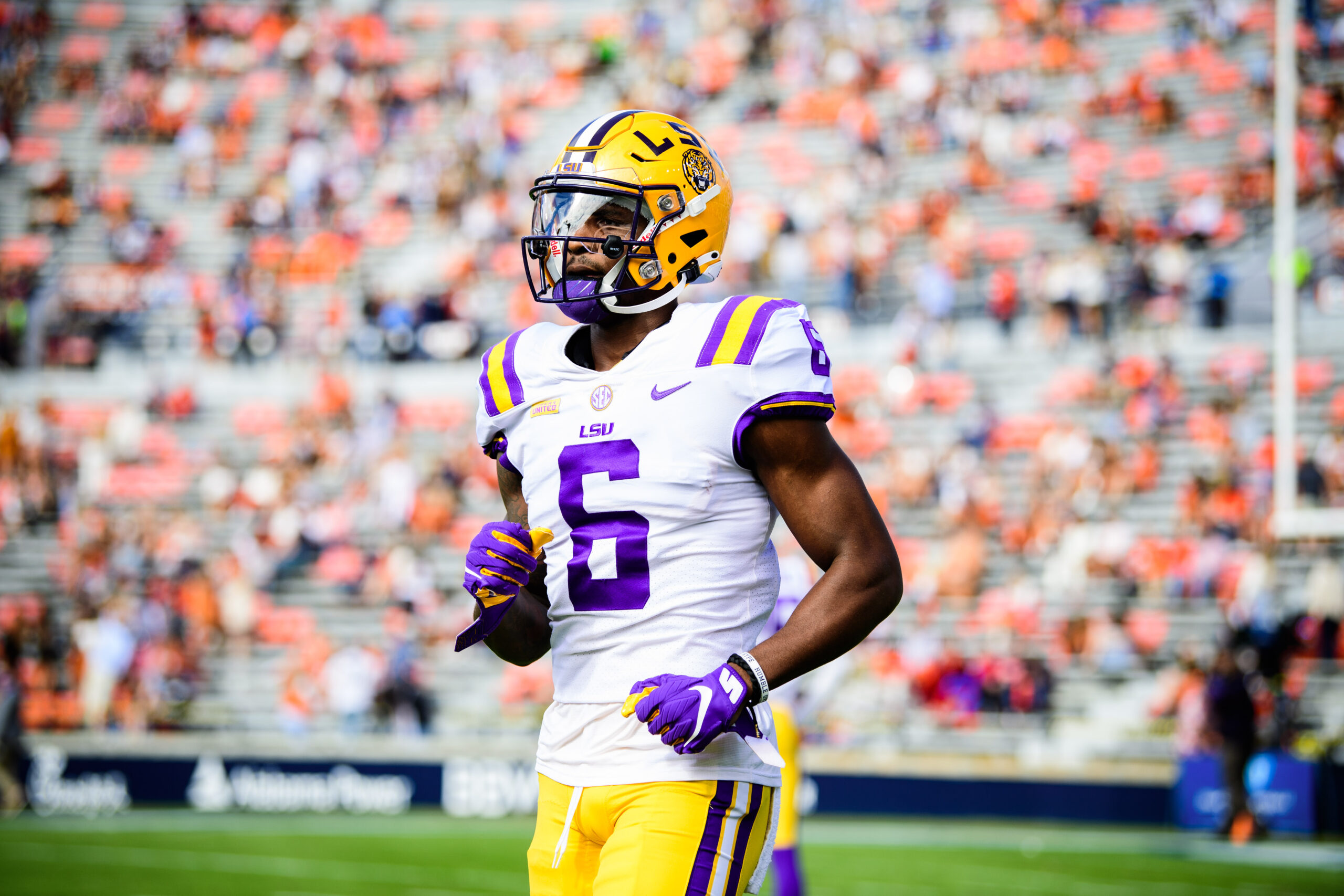 On the plus side, when he does get the ball he shows easy speed and fluidity after the catch, allowing him to turn intermediate catches against zone into long plays in a way that is somewhat reminiscent of DJ Moore:

Though on the flip side, he will certainly need to improve as a blocker, as both his knee bend and his base made it hard for him to hold up physically at times:

And there are a few really ugly whiffs as well:

For the Panthers, there are some real positives – he is a great athlete, he is still extremely young (he won’t turn 21 until the summer) and there are flashes of the route running down the field that will likely determine his ceiling in the NFL.

Drafting players with great athleticism but inconsistent (or rather incomplete) technique on tape is always a risk, but this coaching staff clearly trusts their ability to develop players and with Marshall’s background working with Joe Brady, there is clearly trust in his ability to continue to make strides moving forward.