Film Room: How Good Can Tommy Tremble Be? 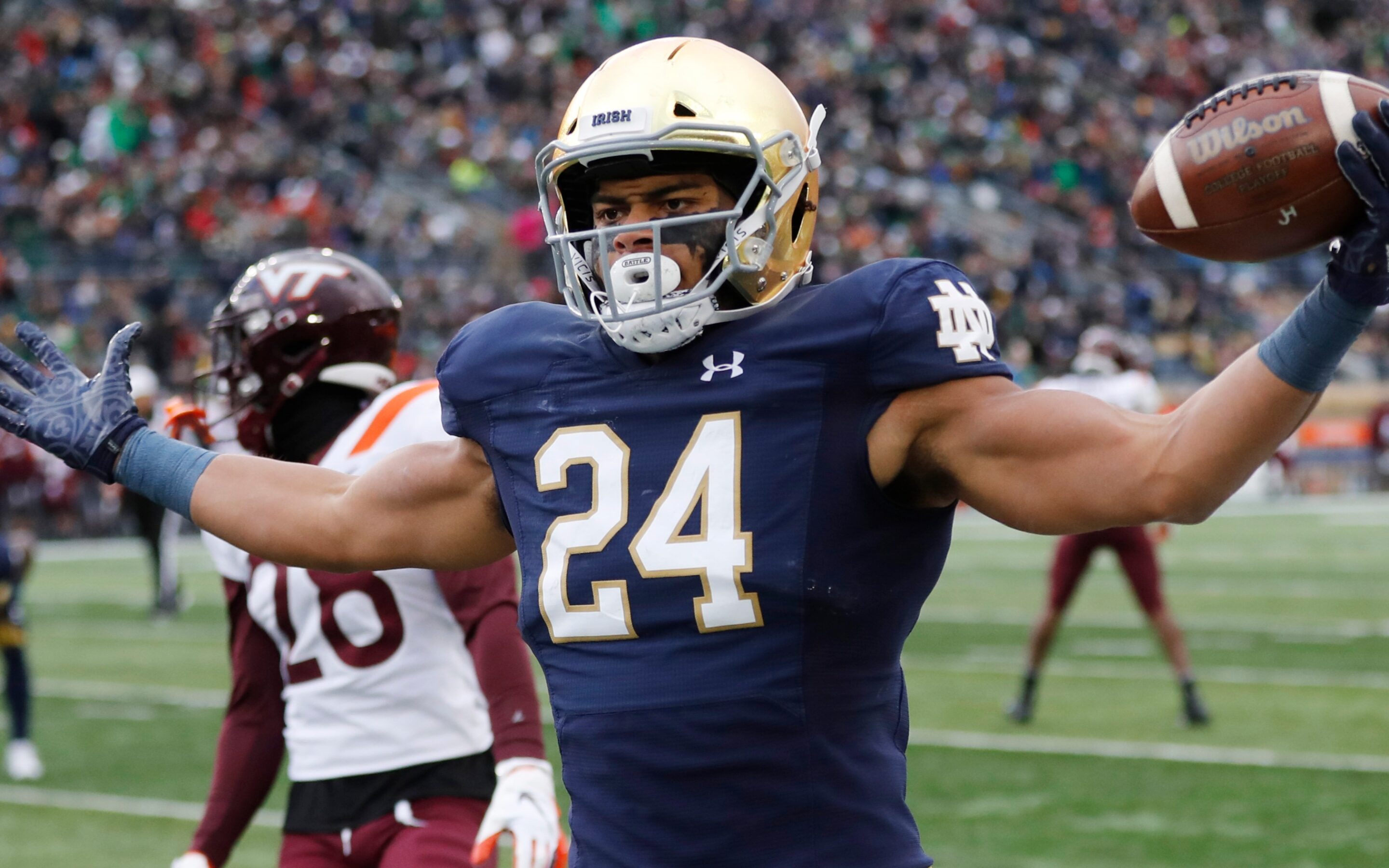 The Carolina Panthers had made no secret of wanting to add to their tight end group this offseason, and while they signed former Cardinals tight end Dan Arnold in free agency to offer a vertical receiving threat from the position, it was still an area of focus in the draft, where they ultimately selected Tommy Tremble from Notre Dame in the third round.

Tremble is one of the more interesting prospects in the draft overall, as having mostly been used as more of a blocking specialist alongside more conventional tight-ends in his two seasons of contribution at Notre Dame he has limited statistical production to this point. In fact, with just 35 catches for 401 yards and 4 touchdowns to his name. What he does have, however, are good athletic testing numbers and some of the most impressive blocking tape for a tight end prospect in recent memory.

So then, what can Tremble contribute to the Panthers in 2021, and where does he need to continue to develop to become the well-rounded tight end the Panthers have missed since the decline and eventual departure of Greg Olsen? 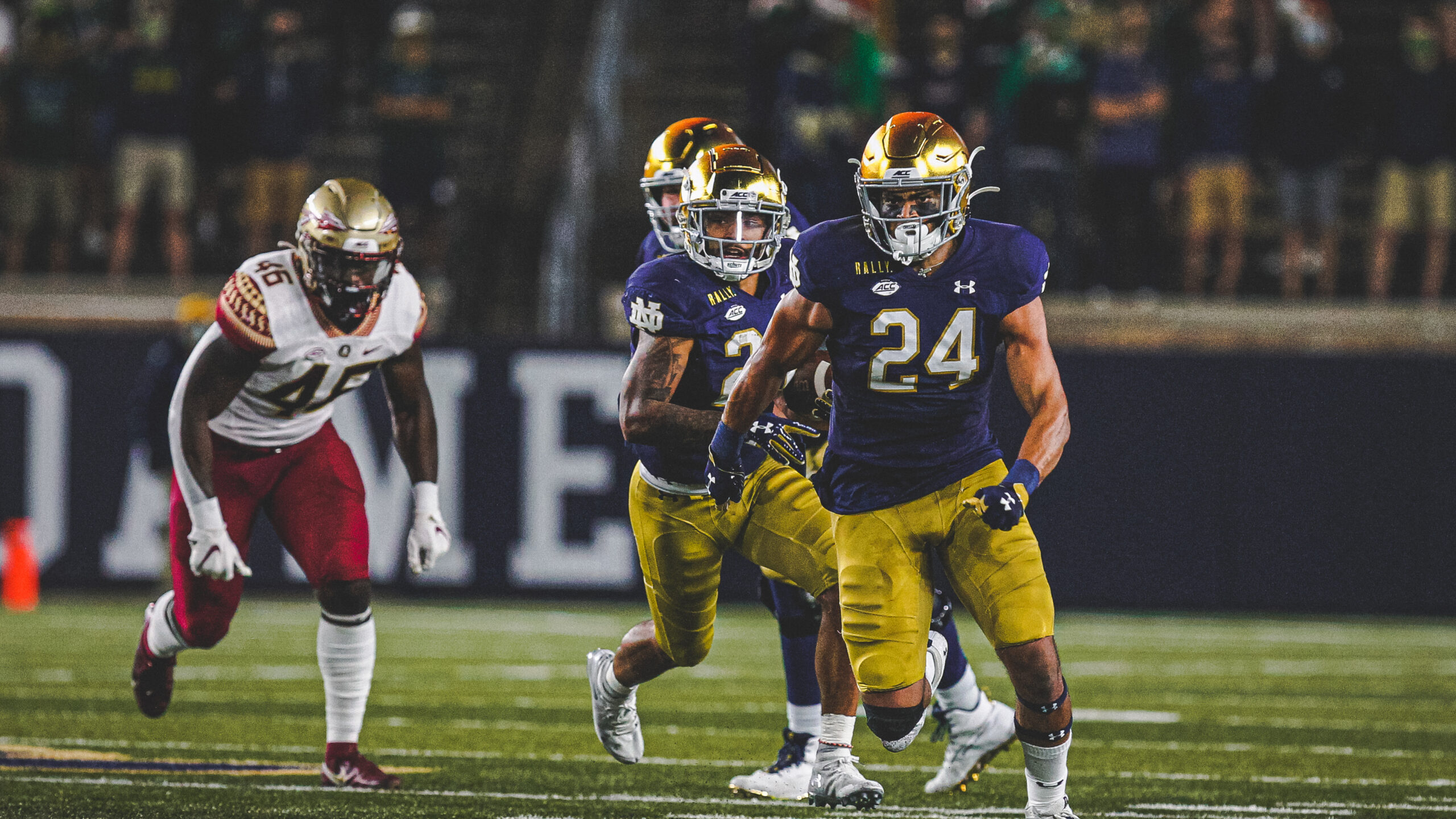 When speaking to the media following his selection, Tremble certainly didn’t mince his words in terms of what he brings to the table:

“The mentality that I have every time I step on the field is to try and be the most violent and versatile guy on the field.” said Tremble.

While being an effective blocker is about more than just throwing people on the floor, that violent streak certainly does show up on tape in impressive ways at times:

What allow Tremble to do this, however, is a little more complicated than shear effort. For a start, he has the strength to win collisions at the second level on a consistent basis:

And is able to combine this with consistently good hand placement to the frame of defenders to allow him to drive his power through them:

And combines this with good arm extension to keep blockers away from his frame:

However, as can be seen in the some of the above plays, he does have a tendency to play with quite straight legs. which can create some issues locating blocks when he leans to match pad level:

And can make it a little too easy for defenders to work him off-balance at times:

Which was not helped by his tendency to narrow his base, which created some problems maintaining blocks out in space as defenders were able to work around him to get free, even if at the college level he was usually able to drive them off the ball before this was possible:

Tremble wasn’t asked to block in-line a huge amount at Notre Dame, though this was still part of his game, and here the potential for improvement with his lower body as a blocker was especially pronounced. as here the narrow base led to some whiffs when defenders were able to work him off-balance:

And the impact of poor pad level on his control and effective power was much more pronounced:

As an H-back of fullback, Tremble should be able to make an immediate impact as a powerful blocker who can generate push at the second level with the movement skills to get there in a hurry. However, as an in-line blocker especially, further improvement to his pad level would allow him to elevate his play from being a good blocker to an elite one and, given that that is likely to be the core of his contribution early on, this is certainly something to watch for in camp and during the preseason.

However, with all that being said, teams generally don’t draft tight ends in the third round just for their blocking, and a major part of Tremble’s appeal is his upside as a receiver. So what does he show on tape, and where will he need continued development? 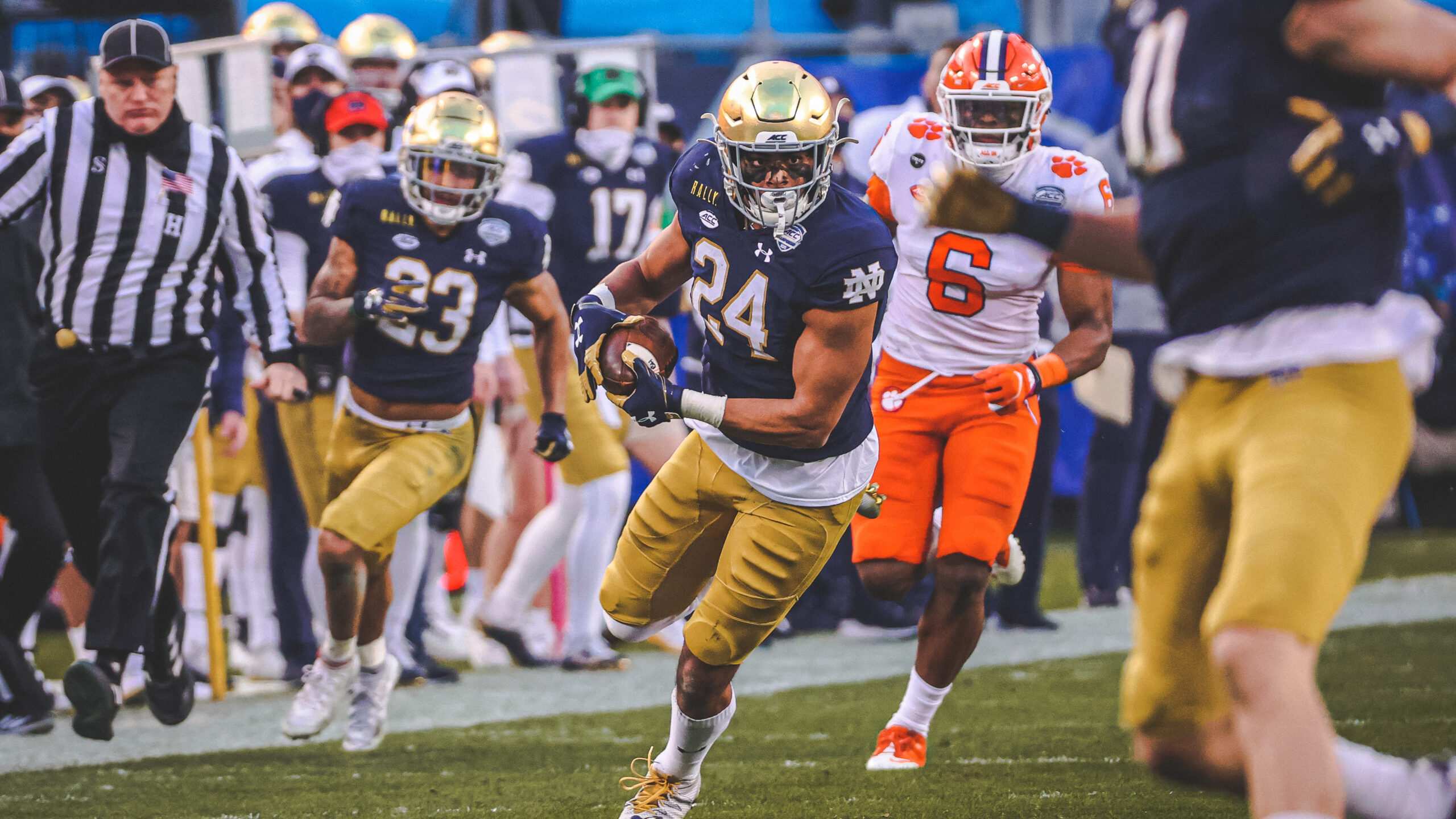 At 6’3 and around 240lbs, Tremble isn’t the biggest tight end around, but he does have good vertical speed and while this wasn’t a major part of how he was used at Notre Dame there are flashes of him being able to get vertical separation on tape:

And there is certainly a suddenness to his game that is promising in terms of his ability to develop as a route runner:

But with that said, as a route runner he is exceptionally raw, at least from what he was asked to do on tape, and a lot of the receptions he did have were on simple check-downs where he wasn’t really tasked with generating any kind of separation:

How he is able to continue to develop in this regard is going to determine whether the Panthers get a quality blocker to replace Chris Manhertz or a genuine offensive weapon who is able to be a significant contributor to a passing game.

In terms of actually catching the ball, Tremble does have some drops on tape, and eliminating these is going to be an important first step in terms of contributing as a receiver:

But, on a more positive note, he also showed a fairly promising ability to hold on through contact:

As a receiver then, Tremble is unlikely to make a hugely significant contribution as a rookie without significant development, but it is also worth noting that at still just twenty years of age there should be a reasonable expectation for development over the coming months and years. 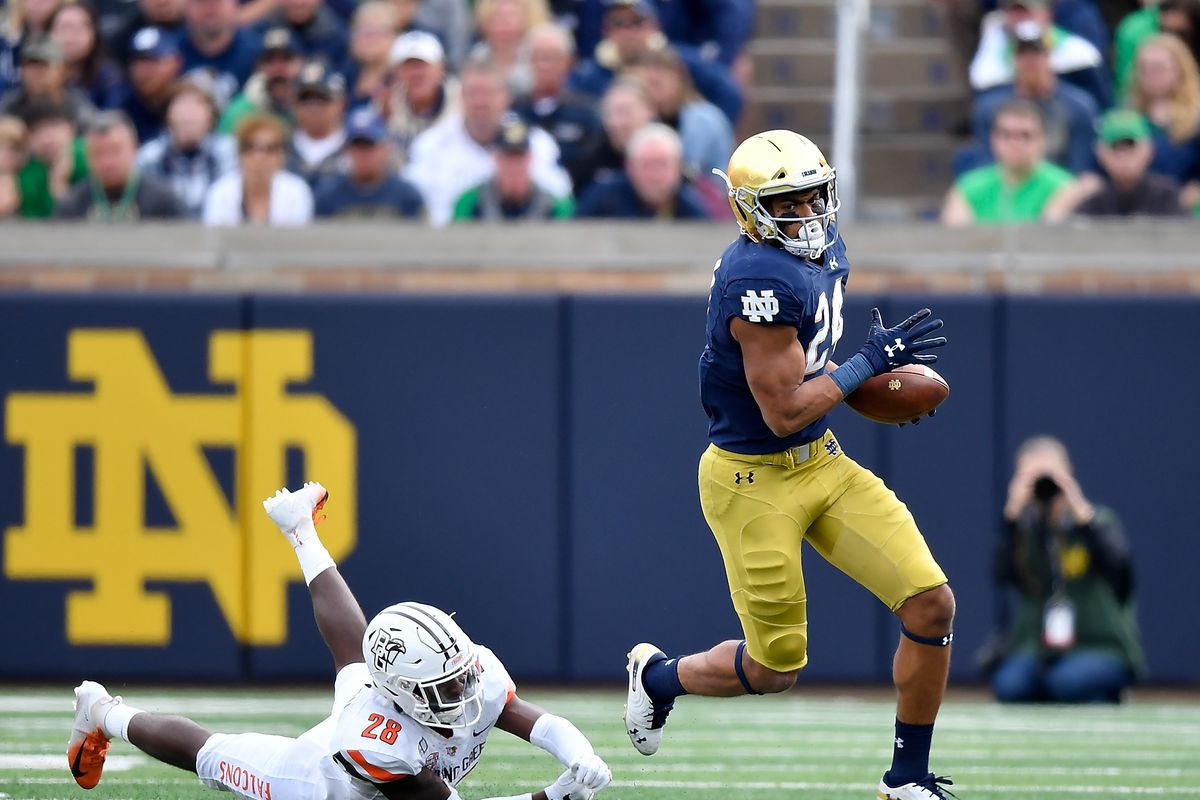 Tremble’s value for the Panthers is very much split into what he can be right away and what he can become. In the short term, he looks to be a worthy replacement for Chris Manhertz as the primary blocking tight end on the roster with an ability to play fullback as well. This will likely come as part of a committee approach to the position alongside Arnold and possibly Thomas as well.

Long-term, the Panthers will hope to be able to turn the flashes of receiving ability he showed at Notre Dame into a more polished game, with the view of him becoming either a true #1 tight end or a more well-rounded #2 player as part of a duo.

Whatever happens, however, he will certainly be one of the most entertaining blockers to watch from recent years.