Film Room: Is Daviyon Nixon The Steal Of The Draft? 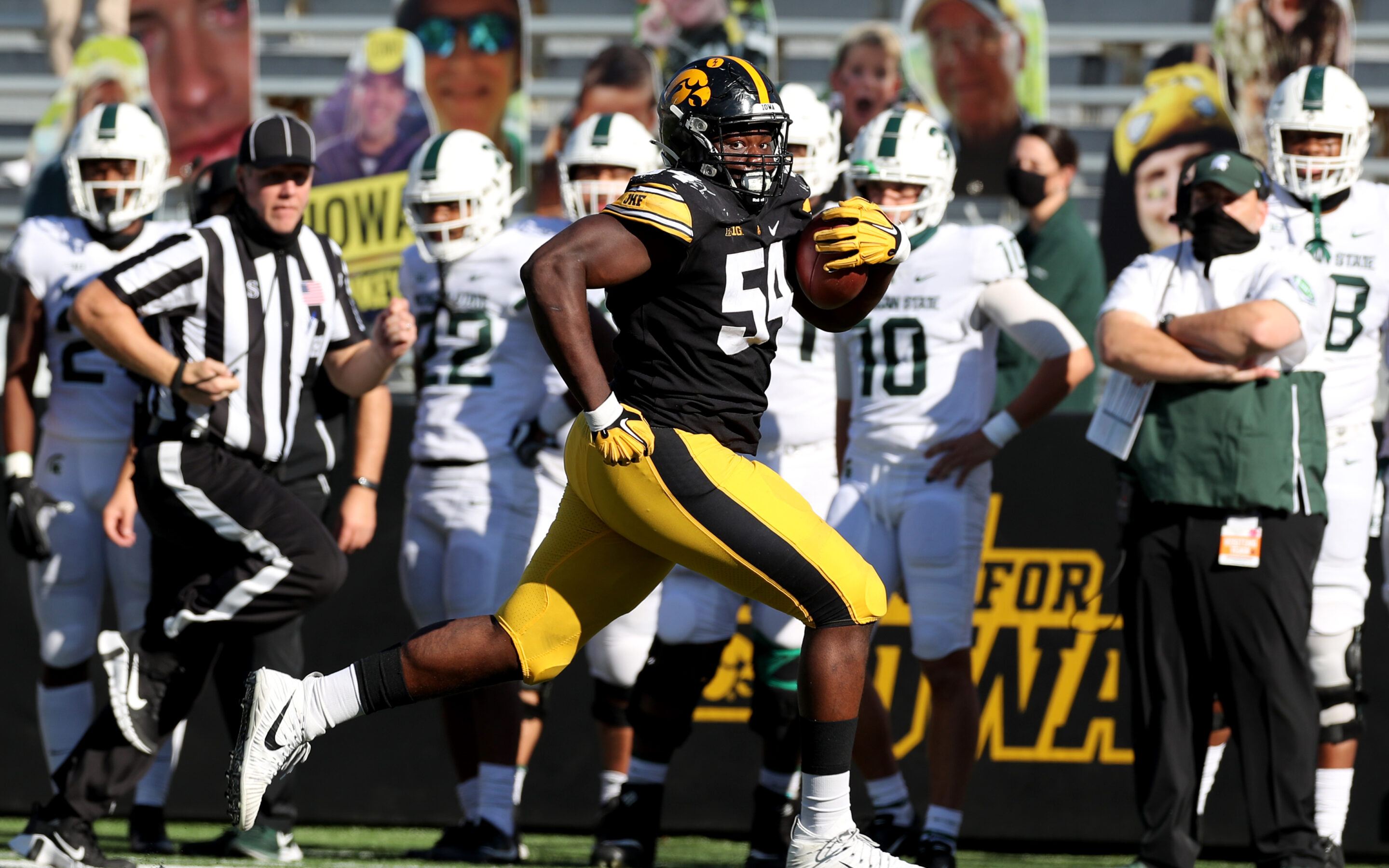 Every year in the draft, a player or player falls well beyond where they are expected to be drafted and falls into a team’s lap at a point where they can hardly believe their luck. Of course, this isn’t a guarantee that the prospect in question will turn out to be a roaring success, but in Daviyon Nixon the Panthers have managed to find a player in the fifth round who many expected to go as high as the second round.

At 6’3 and 313lbs Nixon has the size to play both the 1- and 3-techs in the 4-3 front as well as the 3-tech in the 3-4 front in what is expected to be a hybrid defensive front for the Panthers. What is more, with 35″ arms he has the length to cause blockers real problems from a hand usage and technique perspective, while his 4.9 forty-yard dash (including a 1.7s ten yard split) is testament to his remarkable explosion for his size.

As a former JUCO product, it isn’t hugely surprising that Nixon isn’t necessarily the finished article from a technical perspective, but how polished is he, where does he need to improve, and how can he help the Panthers both in 2021 and moving forwards? 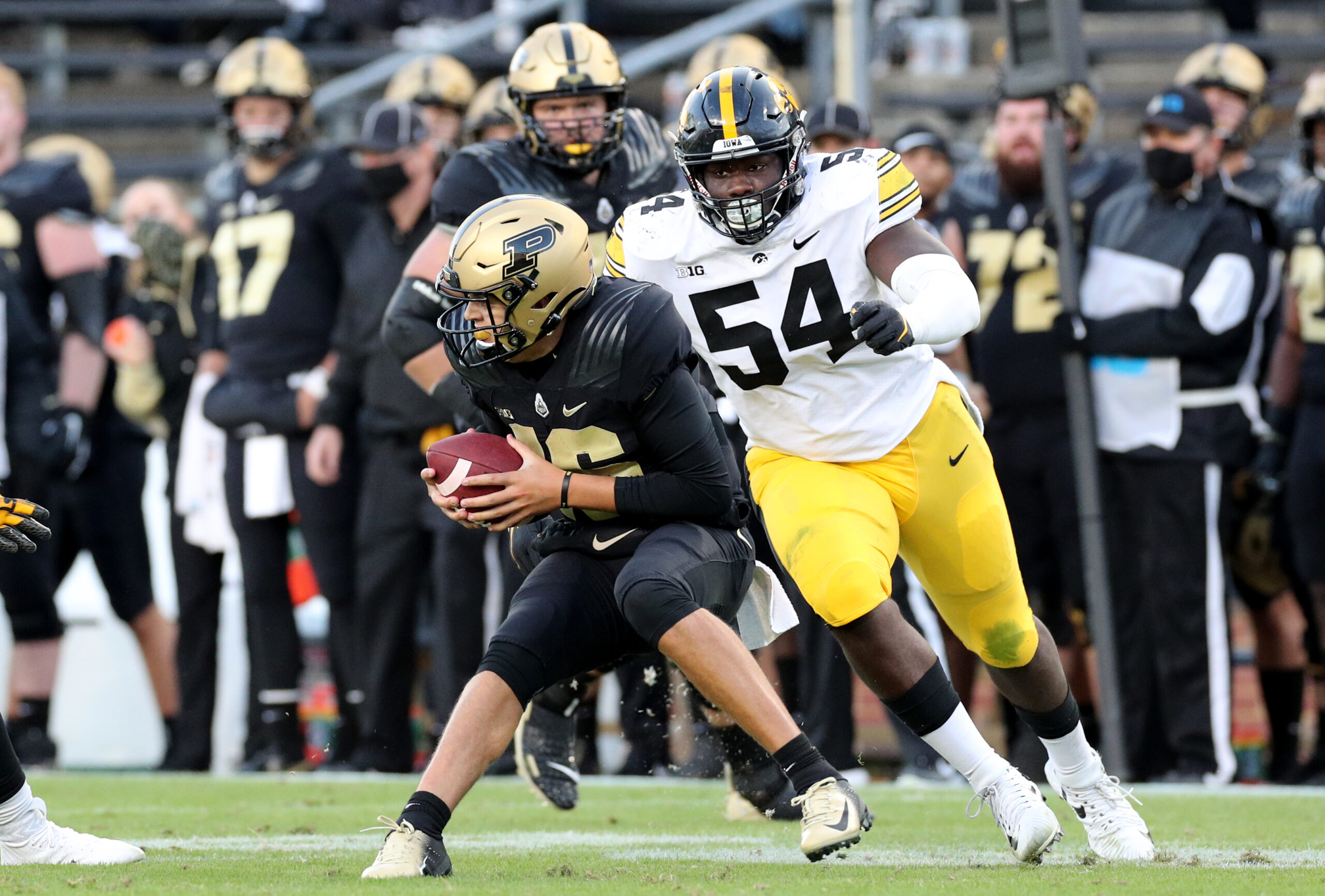 Well, for a start, his athleticism certainly shows up on tape (which is always an important point for players who test well), with the ability to close-down skill position players in space (Nixon wears #54):

As well as a splashy pick-six:

And he has the power to get blockers moving backwards even when he doesn’t get everything right from a technical perspective:

Where he does need to improve as a pass rusher, however, is with his knee bend, as he gets too upright quite early in plays on a fairly consistent basis. This inhibits his effective power, exposes his frame to blockers and makes it harder for him to locate his hands with good arm extension.

In terms of hand usage, he does show an ability to locate his hands well which, combined with his long arms, allows him to keep blockers off his frame, but where he is able to add real value is in his ability to create lateral leverage with his hands, allowing him to penetrate into gaps and create quick pressure:

This is something that Nixon spoke about when talking to the media following the draft regarding the strengths of his pass rush:

“My counter moves, my reaction helps me very well when I am doing pass rush and things like that, ” said Nixon. “My second move is probably better than my first move sometimes and it just gets the job done. I feel like I am really good with moves and reactions from the offensive line and whatever the offensive line is giving me.”

What he does have to do better, however, is make sure he is mastering the basics of pass rushing hand usage on a consistent basis, as while he shows the ability to work laterally, he can sometimes allow blockers to crowd him out and needs to make sure he is consistently locating his hands to make maximum use of his long arms:

Overall, Nixon has a lot of talent as a pass rusher, he has the quickness to cause blockers issues shooting gas with natural leverage, as well as showing the hand usage to create leverage laterally, but he does need to make sure he is mastering the technical basics on every play. If he can play with consistently good knee bend and hand location, then he will give himself far more chances to make the most out of his significant upside. 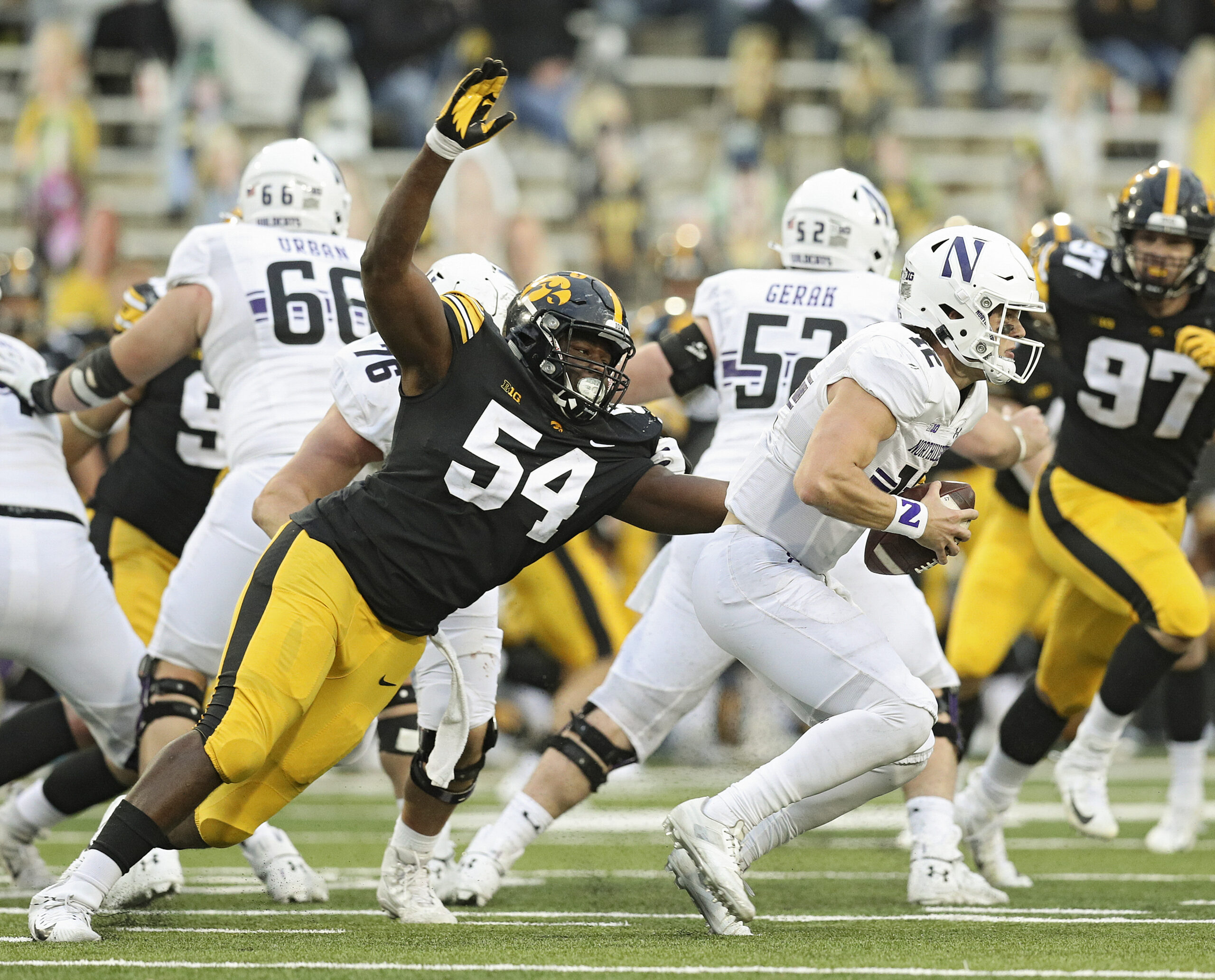 As a run defender, Nixon’s power really stands out in a way that isn’t as present in his pass rush. He has the strength to anchor against the run against double teams, which will be of particular use if he is asked to play more 1-tech moving forwards than is likely during his rookie season:

And this power also shows up well when working one-on-one, with the ability to drive blockers backwards in the run game:

And this power, combined with quickness and bend, makes him especially effective as a gap-shooting penetrator:

This will be especially valuable when the Panthers look to play a 3-4 front on early downs, as the disruption he is able to create in outside channels will help to force runs back inside towards the likes of Derrick Brown, Daquan Jones and Shaq Thompson.

When he isn’t asked to work as a penetrator, however, he needs to be able to rely on his technique to keep him clean and allow him to work off blocks to make plays on the ball carrier. He does show an ability to do this well at times:

But as in the passing game he needs to make sure that he is making the most of his long arms on every play, and there are times on tape where he doesn’t locate his arms early in plays and gets blocked out as a result:

But the biggest thing he has to work on, as in the passing game, is making sure he plays with consistently good knee bend, as this is a fairly inconsistent trait on tape and leads to issues with effective power, balance and control:

Getting his pad level under control is likely going to be the priority for the coaching staff early on, and as long as he can make some improvement in this regard, he should be able to see a fairly significant amount of playing time as a rookie as the only true 3-tech on the roster at this point. While there are likely going to be a few plays as a run defender where he doesn’t quite get everything together from a technical perspective, but he should be able to make up for this with splash plays in the backfield, especially as a penetrator. 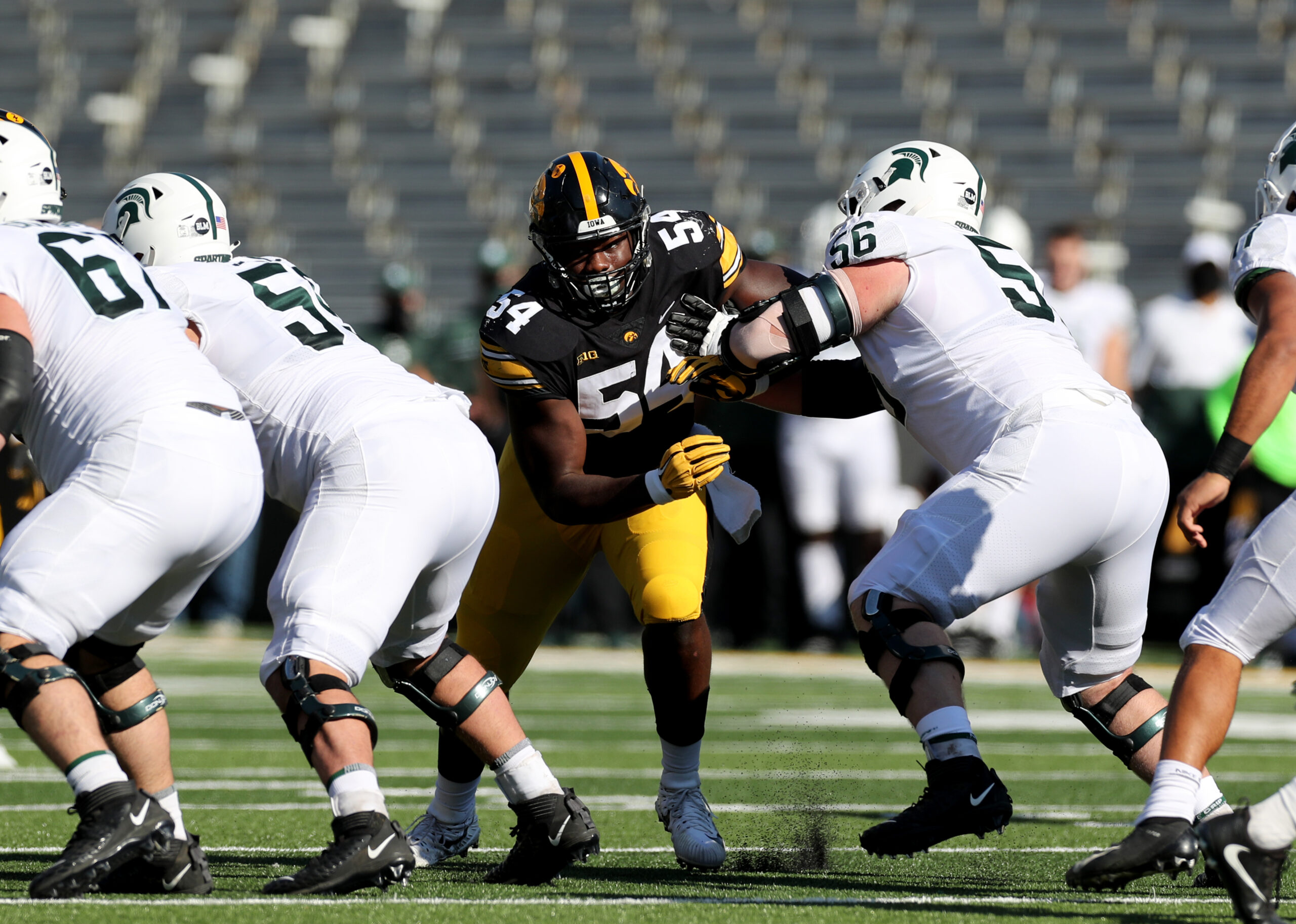 Overall, Nixon isn’t ready to be the week one replacement for KK Short as the Panthers’ primary 3-tech, but he has all the traits needed to develop into a high-quality starter in that mold over time and, if he is able to make the technical progress that he flashes the ability to do on tape, then he should be able to make an impact as a rotation player as a rookie.

Barring some very rare exception, when it comes to the final day of the draft, when teams select players on the final day of the draft, they are viewed either as rotation pieces with limited upside or developmental prospects with the talent to become starters over time. Nixon is more of the latter than the former but is more than just a testing star without the tape to back it up.