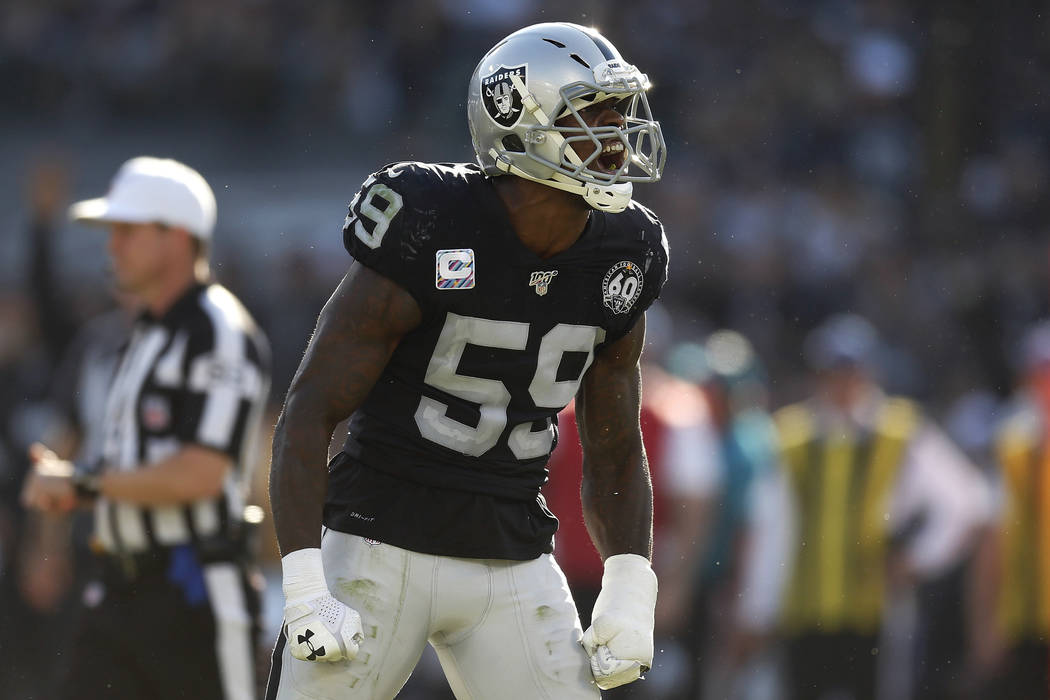 A lot has been made of the Panthers’ attempt to rebuild their defense through the draft – and for good reason – but the defensive reconstruction actually started much earlier with the signing of a number of new faces through free agency. One of these new faces that will play a large role is former Lions’ and Raiders’ linebacker Tahir Whitehead, who played under Matt Rhule at Temple and will be tasked with the enormous responsibility of partnering Shaq Thompson in the middle of the defense as the replacement for Luke Kuechly – in the short term at least.

While expecting Whitehead to replace Kuechly’s play is a unfair standard to hold anybody to, Whitehead has clearly been signed to be a key piece of this defense – Phil Snow announced him as the starter last week – and so it is worth taking a moment to consider what he offers the Panthers and how he fits into what they are looking to do on the defensive side of the ball.

While the role of linebackers has shifted over the years from run-stuffing interior defenders to versatile do-it-alls, what stops teams from fully abandoning the position in favor of six and seven defensive back formations is the need to be able to defend the run to an at least competent level. One of the major reasons, if not the major reason, why linebackers are at an advantage in this regard is that they have the size and strength to take on blockers at the point of attack.

While he is unlikely to be mistaken for a defensive tackle, Whitehead shows the ability to take on fullbacks blocking downhill preventing them from driving him off the ball (this will not help stave off Kuechly comparisons anytime soon – Whitehead is wearing #59):

And while offensive linemen and in-line tight ends cannot be dealt with in this way to any great effect, here he shows the hand usage to work around blocks, though he does have a tendency to work backwards and sideways rather than aggressively looking to hold position as he disengages:

While it would be unfair to describe Whitehead as a poor tackler – there are lots of nice things going on with his tackling on a fairly consistent level – at times, his legs and arms don’t seem to quite be working in sync, with him either driving into the ballcarrier before his arms are ready to wrap:

Or wrapping without being in a position to engage his legs:

Also, and while this is not something that there is anything but anecdotal evidence for, he does seem to lose his balance quite a bit – this is maybe something that could be improved by changing his posture slightly to better keep his weight over his feet as he moves. Although at 30 years old, he likely is already the type of player he is going to be in 2020:

Even when he does remain on his feet, he often looks off-balance at the tackle point:

However, at this point it is worth noting what Matt Rhule said about how Tahir Whitehead can help the Panthers’ defense:

“He’s played WILL linebacker for the majority of his career, but we think he has the strength to be a MIKE as well. I think he brings tremendous attention to detail and toughness and really fits us. We’re going to be more of a one-gap system so what we need is guys who can get downhill fast, play really fast and defend the run.”

It makes sense to sign someone to fill the exact role that you need to be filled, and this is definitely something that can be seen on tape – Whitehead is at his best as a run defender when asked to work downhill into a gap:

While a lot of linebackers can hit a gap, Whitehead is particularly good when it comes to working back to the ball and turning the corner when the ballcarrier doesn’t hit the gap he is shooting:

And when the offense looks to move his gap on outside zone plays, he has the speed and awareness to run with his gap across the field:

And for the most part shows the ability to work across with pulling blockers to remain in his gap:

With that said, and while the Panthers don’t seem to want their linebackers to 2-gap a huge amount – at least if Matt Rhule is to be believed – he did sometimes exhibit a worrying hesitancy at times, and by being slow to pick his gap, he then was forced to work around blockers to get back to his gap, all of which makes it easier for the ballcarrier to get further downfield:

There was also at least once occasion where he appeared to over-pursue, thereby allowing the ball carrier to cut the ball back inside for a huge gain:

It is easy to pick nits with Whitehead’s run defense, and he could certainly be better at points, but he is generally a competent-to-good run defender, who is usually in the right place and who does a competent job of working off blocks and securing tackles. He is not going to transform the Panthers’ run defense, but for a team that is actually very young at linebacker, Whitehead should offer a solidity in the center against the run, with the potential to make a few splash TFLs here and there as he looks to shoot interior gaps.

But the downside of Whitehead isn’t when the other team is running the ball – how does he get on in coverage?