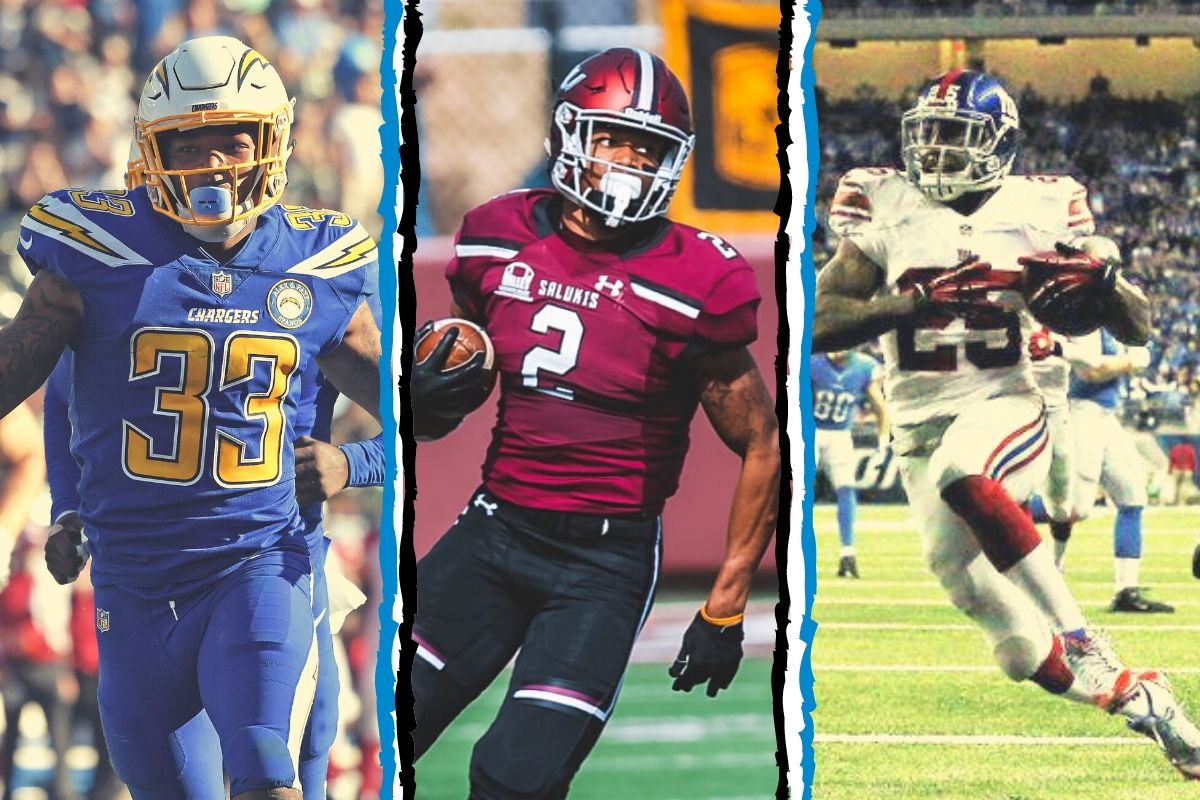 When the Panthers selected Jeremy Chinn with the final pick of the second round in the 2020 NFL Draft, they added one of the most talented prospects in the draft – one with a combination of size, speed and movement skills that are not just rare, but almost unique.

However, when a player with a unusual skillset enters the NFL, it tends to pose a problem for whoever is meant to be coaching them – in order to get the most out of such a player, coaches are required to modify what they do schematically around the particular skills of the player in question. While Chinn’s skillset is ultimately not the exact same as any one player who has come before him, when examining some players who have been at least somewhat similar to Chinn in skillset, we might get a peek into his usage in the Carolina secondary.

Of course, when you are looking to find comparisons for a highly unusual player, the problems in finding players suitable for comparison are obvious. Fortunately, when talking about places they have looked for inspiration regarding the use of Chinn, Matt Rhule was forthcoming enough to give a name; Will Hill.

“I think you see a lot of what a lot of people in the NFL call a buffalo nickel, a big safety/nickel player that can go out there,” Rhule said last month. “The I-formation power sets really aren’t prevalent in the NFL as much, so I look at it a little bit the other way. That nickel/nickel linebacker is really a starter… so that’s really my mindset. With that being said, even when I was at the Giants, we played a three safety package.”

“We played it with Will Hill and a bunch of other really good players. So I’ve seen it done.”

Hill certainly didn’t have the talent that Chinn does, going undrafted out of Florida in 2011 – but the way in which he was used by the Giants in 2012, coincidentally the year when Matt Rhule was on the coaching staff, certainly offers something of a blueprint to how Chinn might be used.

Often when people think about safety play, they are thinking about somebody starting 20 yards off the line and dropping into some form of deep zone coverage. Of course, this is but a fraction of what all but a few schemes ask their safeties to do, but there were certainly times when this is what the Giants asked Hill to do (he’s the safety on the left in these clips):

Related:   It Is What It Is: Coordinator Friday With Phil Snow & Joe Brady

However, they also did something with Hill that could also be seen in the 2019 Baylor defense – lining a safety up deep, then dropping them down into underneath coverage, especially in zone:

Now, it is broadly true that underneath zone coverage is not an especially valuable form of coverage, but when a team asks its safeties to play both deep and underneath coverage, it allows them to more effectively disguise what they are doing from a schematic point of view by being able to run multiple different coverage from the same initial look.

Where Hill wasn’t used much – but where Baylor did use their safeties at times under Snow – is as an underneath man coverage defender while lining up well off the line of scrimmage. This does require a high level of movement skills and speed to be done at a high level – and part of the reason why this wasn’t something that Hill did a lot on tape was probably because he was not good enough to do it.

But Chinn can be.

Chinn showed the ability to match up with receivers in man coverage in college, and this is probably something the Panthers are hoping that they can do with Chinn that Hill just wasn’t able to do with the Giants. They also used Hill to play what is effectively a big nickel role at times, and this is something that has become somewhat normalized around the NFL in recent years – it should also be expected that the Panthers will look to use Chinn in this way:

The Giants also asked Hill to play on the outside at times against tight ends – this is something that the Panthers could also do from time to time, though it is worth noting that this is not something that offenses do a huge amount, so it’s unlikely to play a major role in how he is used with the Panthers, but with the NFC South tight end roster, it might happen more often than you think (Hill is #31):

The final way Hill was used on occasion was in the box, and this is broadly the other extreme of what safeties are asked to do in most defenses:

You have probably already seen an NFL safety being used in all of the above ways before – but what makes players like Chinn and Hill unusual is the way in which they can perform all of these roles, and where this gets really interesting is when they start mixing in usages. This is something you do see on tape on occasions with Hill, such as in the following play where he lines up close to the line of scrimmage before dropping back into a deep zone:

Like with dropping into underneath coverages from a deep starting position, this allows the Panthers to disguise what they are doing in coverage and allows them to run very different looks and formations without having to change personnel. This is also where Chinn could go a step further than what Hill was capable of – not only is Chinn just over 15 pounds heavier than Hill was, but his timed forty was nearly .15 seconds faster, meaning that he has better size to play the run in the box and better speed to cover space on the back end.

Because of this, while Will Hill is clearly a template for some of what the Panthers seem to be looking to do with Chinn, it’s probably worthwhile to look for some other examples of how Chinn might be used – and this means finding bigger, more athletic players than Will Hill.

A description that starts to sound a lot more like the man most consider to be the best safety in the NFL – the Chargers’ Derwin James.

James’s usage certainly reflects that larger build, as he clearly spends a lot more of his time playing at or around the line of scrimmage than Hill, which is made possible by his high quality of run defense:

And the way in which he is often used dropping into underneath coverage does certainly give the appearance of what is effectively an undersized outside linebacker:

However, what James is also able to do – and what the Panthers will likely be hoping that Chinn can do – is play a very high level of coverage on the back end, as the Chargers at times ask him to kick out to the slot, where he showed he could play a high level of man coverage against receivers:

While also having the ability to drop deep into the middle of the field and stay on top of receivers running vertically:

Essentially, while Will Hill was used creatively by the Giants, and certainly will form the most basic blueprint of how the Panthers will look to use Chinn, given Chinn’s extraordinary athleticism, it seems likely that they will look to go beyond that usage and towards how the Chargers have used James. Chinn isn’t quite as linebacker-like as James, but if anything he has even more speed and should be able to offer much more of a presence in the box than Hill was able to while also having the ability to play coverage at or possibly even above the level of James.

James was voted to the Pro Bowl as a rookie and last year named an All-Pro at two different positions – safety and defensive back.

With Chinn, there is always going to be more of a projection in usage given his small school background, and covering NFL receviers in the slot will requite much more disciplined technique than was necessary in college, not to mention to smaller margins of athletic variation. Despite that, the Panthers seem keen to get Chinn involved straight away, and are just as keen to make the most of his versatility.

I think we look at him as a guy who can be trained as a safety and as a nickel SAM. He’ll be able to go out and play number two to the field. Also be able to come back in nickel and dime. Maybe even be able to defend some of the backs and tight ends,” Matt Rhule said the night Chinn was drafted. “It will be a well thought out plan – and we’ve already thought it out obviously – in terms of training him at safety, but allowing him to fill a bunch of roles down at the second level.”

Ultimately, when you have players with these unique skillsets, the exact usage is always going to be slightly different to account for the subtleties in their respectively talents, but in Will Hill and Derwin James, the Panthers have some blueprints for how Jeremy Chinn’s varied skillset can be implemented, and his impact should only grow over time as the Panthers are able to fine-tune his role around what he shows on tape at the next level.