Four Panthers UDFAs That Could Make The Roster In 2020 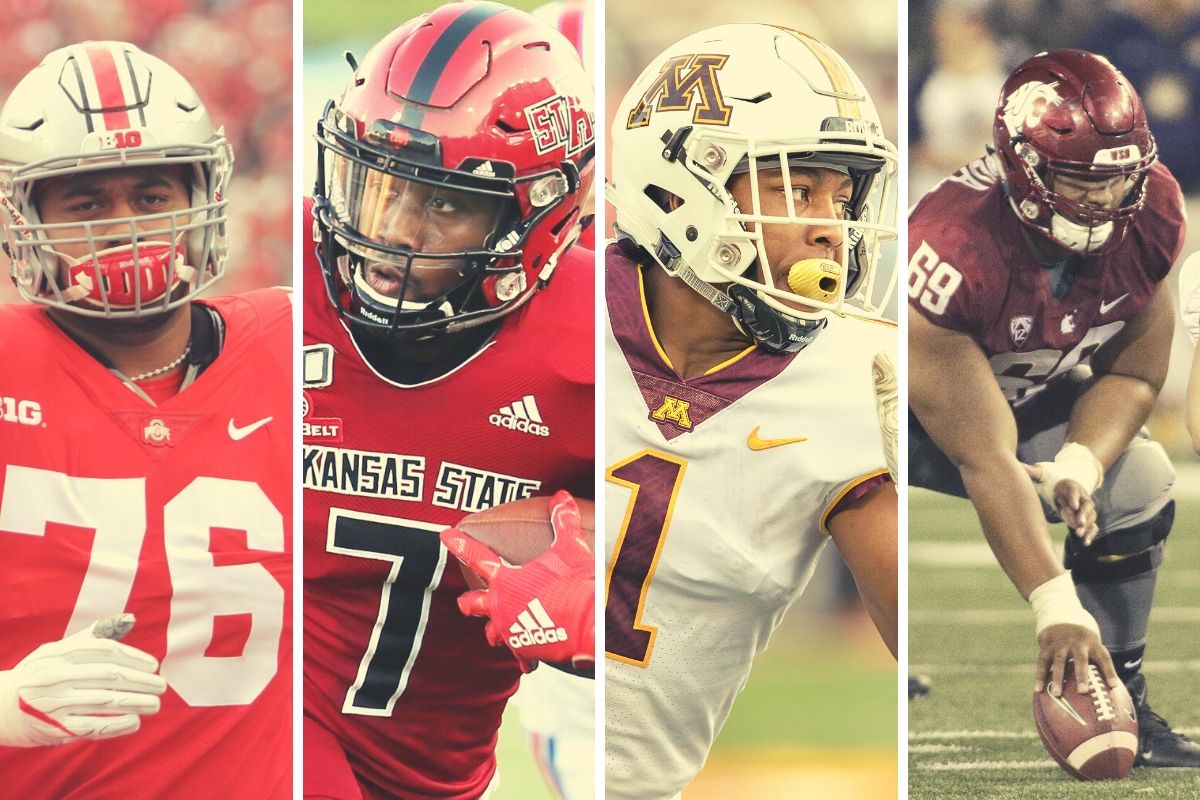 While the Panthers took a very defensive approach to the draft – the most defensive approach ever, in fact – the additions to the roster didn’t stop there, and the Panthers have continued to add to their team with undrafted free agents throughout Saturday night and Sunday morning. While not all undrafted free agents are going to make a notable impact on the Panthers – there are, after all, some very valid reasons why a player might go undrafted – there are four players in particular that the Panthers have signed who I think have a real chance to earn a roster spot and make an impact on the team.

So who are they, and what’s so good about them?

There are a couple of valid reasons why Smith went undrafted, as having chosen to return to school for the 2018 season for his redshirt senior year, he suffered a season-ending injury 25 carries into the season and was forced to take a medical redshirt before returning for his then extra-redshirt senior season in 2019. This means that not only will he be a 24 year old rookie, but he will be so having suffered a major injury two years ago and having more than 800 college touches.

However, while these are all reasons to be somewhat cautious about Smith, they miss the major selling point – he is really good at football. He runs with good quickness and contact balance and shows excellent vision, allowing him to consistently navigate blocks to find an open rushing lane. He also has power, as well as an ability to make a man miss in space to add value to what is blocked for him. As a receiver, he shows good hands and flashes some nice things as a route runner, though he could stand to develop further in this regard. For the Panthers, he would be a logical option in the mould of McCaffrey and Bonnafon, while also being able to contribute on special teams from time to time.

Bayless isn’t a burner, and his 4.62 combine 40 might go some of the way to explaining why he is still available as a UDFA, but his selling point on tape is not about speed – and it’s not as if the Panthers needed another deep weapon. For a smaller school prospect, he does a nice job of getting off the line against press, even if he could do with eliminating some unnecessary steps, and shows some really nice flashes as an underneath route runner, though he will have to show that he can do it over a much larger route tree at the NFL level. While he doesn’t do a huge amount after the catch, he does have great hands and is also able to add value at the catch point.

For the Panthers, he looks to have a chance to fill their need for an underneath possession receiver, with the ability to contribute in the red zone and enough deep speed when he gets into his stride to add some value working vertically as well. 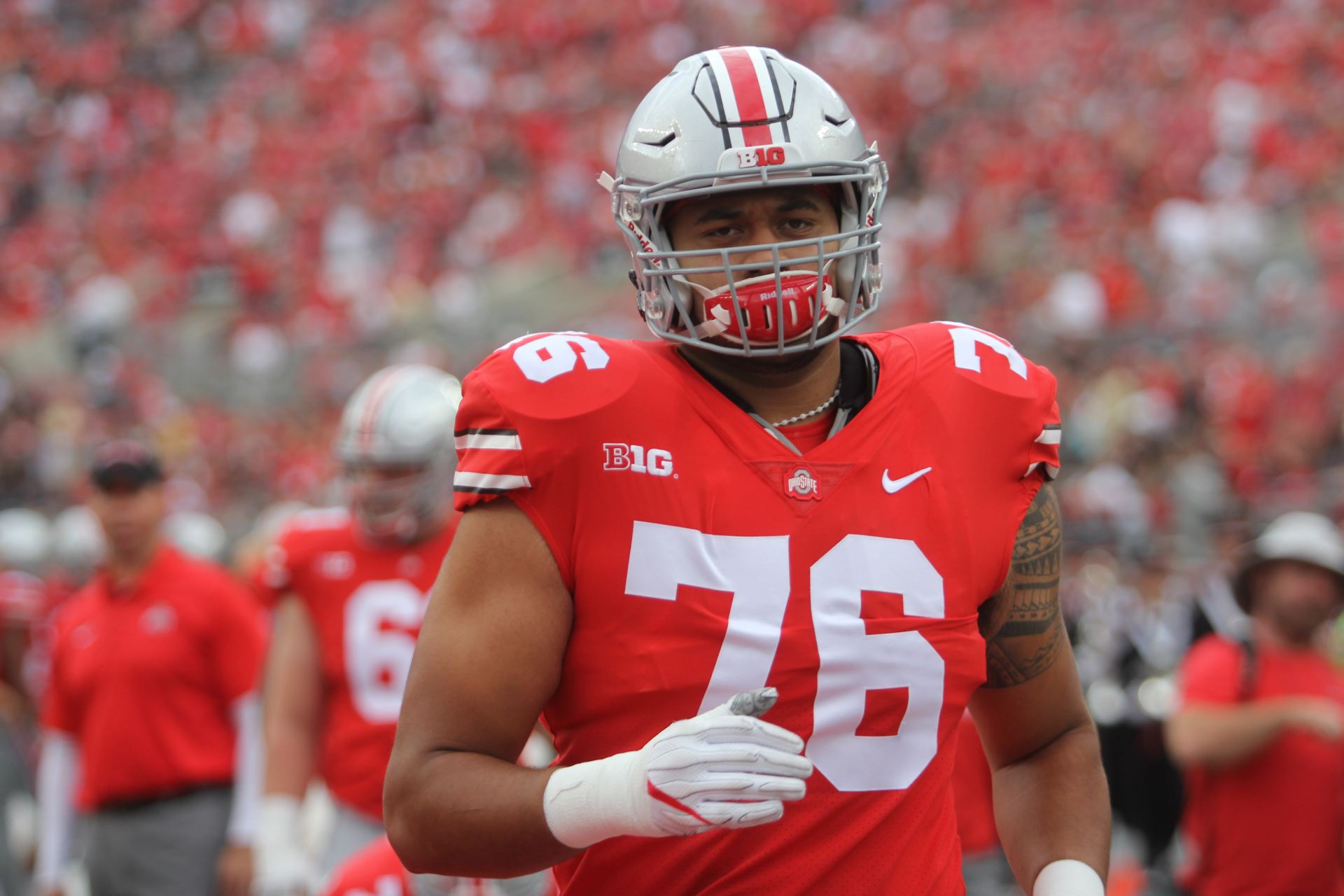 It is not yet clear whether the Panthers see Bowen as exclusively a guard or whether they are going to give him a legitimate look at tackle as well, but I think he has a real chance to make the roster at either spot. While I think he might struggle to cover the edge against pure speed at times, he shows pretty good foot speed and nice footwork, keeping his weight evenly distributed between his feet.

He also does a nice job of locating his hands as both a pass protector and a run blocker and has reasonable power and movement skills. He does need to work on his knee bend, as this did make him susceptible to power rushers at times as well as causing some issues in terms of hip flexibility and arm extension, but if he is able to make this tweak, he should be a solid depth piece with a chance to be more of a factor with time. 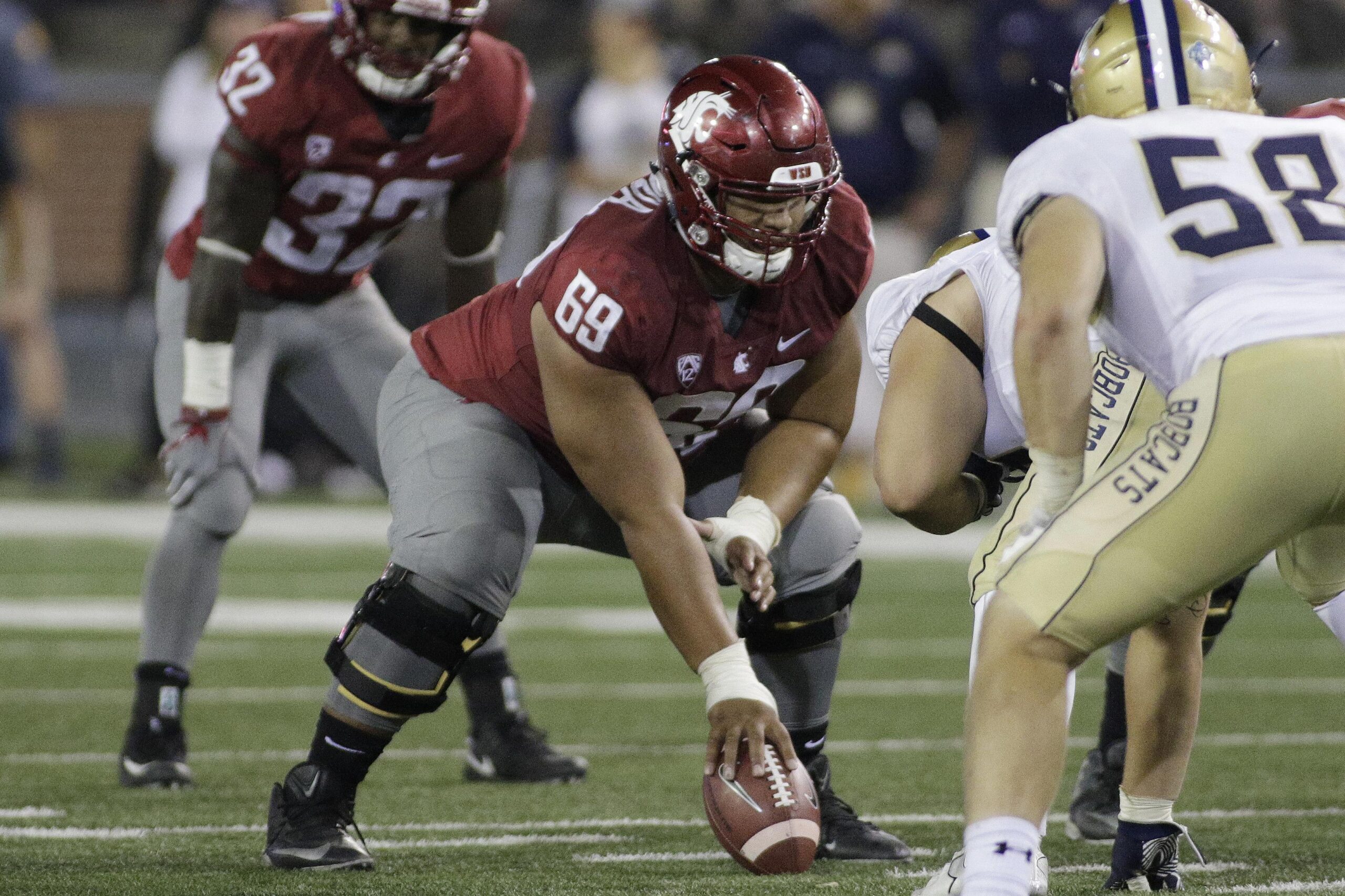 Mauigioa will likely have a fairly clear path to a 2020 roster spot – beat out Tyler Larsen for the backup center role and you’ve made it – and there are certainly things to like on tape to make you think this is possible. First, he moves very well, with the foot speed to cover space in pass protection as well as to get out on screens and as a pulling blocker. He also shows generally pretty good pad level – though as with most prospects he could always continue to improve in this regard – as well as nice hand placement.

He does need to improve his arm extension, and do a better job of securing his hands inside when he gets placement, but has the raw tools to be a functional center at the NFL level and could have a chance to sneak onto the roster immediately.

I don’t think any of these four are locks to make the final roster and there is always a chance that another UDFA shows up in camp and is able to wow the Panthers into a roster spot, but I think these four players not only have the best chances of making a contribution to the 2020 Panthers, but also could be useful parts of the team moving forward.