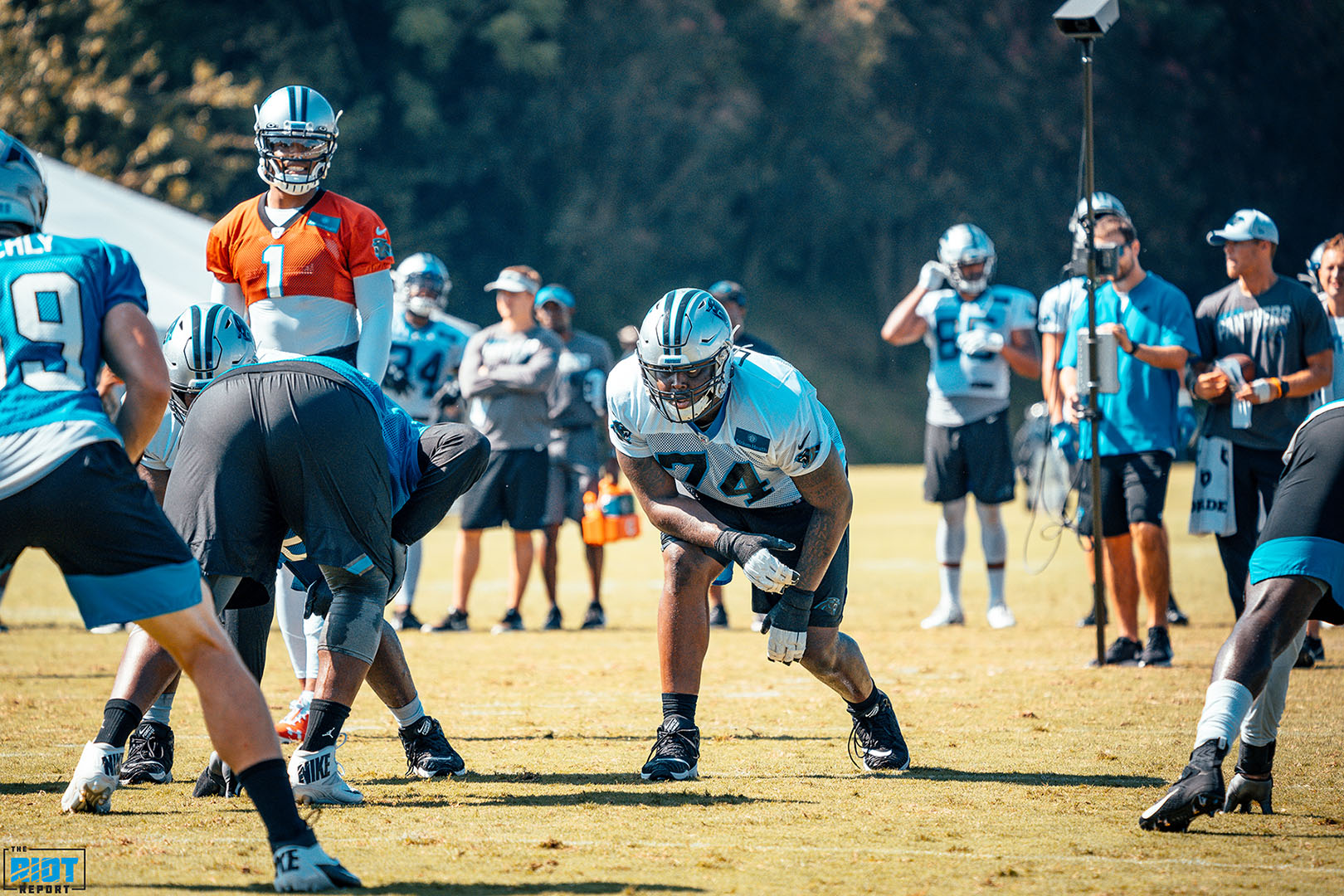 One of the key players fans wanted to see in the Panthers’ first preseason game of 2019 was rookie left tackle Greg Little. Drafted in the second round with the 37th overall pick, the Ole Miss prospect played all of the first half last Thursday against the Bears and even a bit of the second half.

Little’s success is instrumental for an offensive line that needs help at the tackle position. Taylor Moton is a talented tackle, but the Panthers have him on the right side and seems to be where he’ll stay. Daryl Williams is listed in front of Little at left tackle, though he’s only on a ‘prove it’ deal and if Little can ‘prove’ that he’s up to the task, don’t count on Williams being here past this season. Essentially, the left tackle job is Little’s for the taking, providing he can develop at the level Marty Hurney, Ron Rivera and company expect of him – they drafted him to be their franchise left tackle and you can’t do that without getting on the field.

With that said, how did Little do in his preseason debut? As you’d probably expect, his performance was by no means flawless, but I do think there’s plenty of positives you can take away from his tape.

So let’s dive into it and see what we can pull out in this film breakdown, especially with an upcoming exhibition match at home against the Bills in which you’re likely to see him get more reps on the left side. Little is wearing #74.

First, let’s get one of the uglier sides of Little’s tape out of the way. While the Panthers get a first down on the screen play, the left tackle fails to contain LB Isaiah Irving. Little is not pulled downfield on this play, so the move is unintentional.

Simply put, Little’s foot speed and footwork aren’t up to par against Irving, and his efforts to block him could definitely have been a lot stronger. Thankfully, later snaps showcased this in a more impressive way.

As highlighted by the turquoise circle…

…Little is assigned to block two pass rushers one by one. Initially having his sights on Irving…

…Little instead goes after Kevin Pierre-Louis. While this appears to look like a mistake in stills, in full motion, Little is shown to have made the correct block.

If you look closely, Pierre-Louis is going at a faster speed on his blitz than Irving is on his rush. Little recognizes this as well as the heavy amount of interior pressure Kyle Allen will face if Pierre-Louis is left unchecked and saves his quarterback from a brutal beating.

This play doesn’t go for a first down, but it allows Allen to get a cleaner release, and going forward into the regular season, that’s what ultimately matters.

…Little does the opposite of the previous clip, initially starting inside with his blocks…

…before switching over to contain the edge pressure from Irving.

Little helps double block Roy Robertson-Harris (#95) before switching over to Irving. Little’s timing is perfect – he’s enough of a disruption to allow Allen to get this pass off without getting drilled. The pass falls incomplete, but Little’s impressive efforts allows a Panthers QB to live to tell the tale.

Now, as aforementioned, Little’s consistency was not as strong as it could have been, and he grabbed the short end of the stick on a couple more plays.

As you can see on the first play, Irving wins his matchup against Little. The tackle’s footwork is a little sloppy on this snap, allowing Irving to get outside leverage and nearly bring down Allen for a sack. On the second play, Little fails to locate the linebacker coming to the strong side of this formation, allowing the Bears to stuff Elijah Holyfield.

Fortunately, Little’s play cleaned up as the first half came to a close, as evidenced by the two plays below.

On this particular snap…

Unfortunately, Will Grier still gets sacked on this play, but by no fault of Little’s.

Little’s prowess on this play is showcased by his field vision. For a side of the line that’s dealt with plenty of incompetence in the Cam Newton/Ron Rivera era, this is very welcome.

One thing you may have noticed about this clip is how quick Little’s first step is off the snap. That’s a huge trait for any lineman to have, and especially as the guardian for a quarterback’s blindside.

…allows him to contain edge pressure long enough for Grier to climb up the pocket to escape interior pressure and scramble for 20 yards.

Greg Little had his share of mistakes in his preseason debut. His footwork at times was sloppy and his consistency containing the edge wasn’t always good. But overall, I think Panthers fans should come away from this performance pleased. The left tackle’s speed off the line of scrimmage combined with his intelligence and instincts to quickly move his sights from one pass rusher to the next make him a valuable young piece of a revamped offensive line moving forward.

As we move toward Friday’s matchup against Buffalo, Little’s second preseason game will be something to watch – I thought he looked solid at Chicago and if he keeps this up – along with improvements to his footwork – he’ll be a huge benefit to the Panthers’ exterior offensive line for the foreseeable future.