How Christian McCaffrey Has Been Training Through The Quarantine 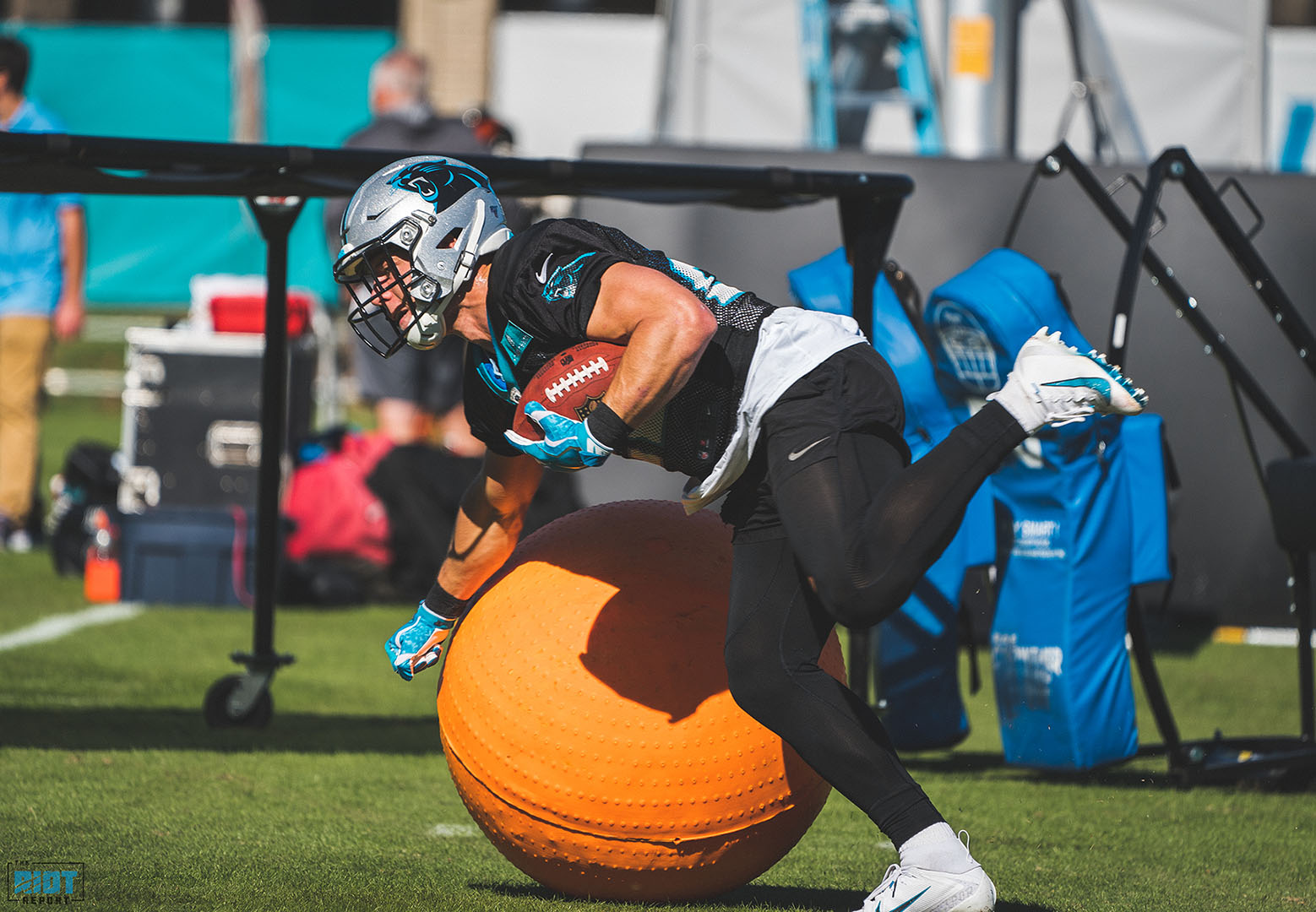 Three years removed from the night he was drafted eighth overall by the Carolina Panthers, Christian McCaffrey will be watching the NFL Draft from the comfort of home with his family – only this year, everything will be different.

In 2017, the Panthers running back, surrounded by his childhood friends and his uber-athletic family – his father played wide receiver for over a decade, his mother was a star soccer player, his grandfather an Olympic athlete and even his uncle played basketball at Duke – waited for what seemed like forever for a 704 number to pop up on his phone.

Back to that athletic family in a moment – the pedigree that helped him get to the NFL is now helping him stay at the top of it in this unprecedented time.

“I didn’t know if I was going to go top ten or second round,” said McCaffrey Monday afternoon from Colorado. “I didn’t want to be sitting there for the first round and not get picked, so I stayed home with my family – it ended up being one of the best days ever.”

“That was one of the best days of my life and I’ll always remember it.” 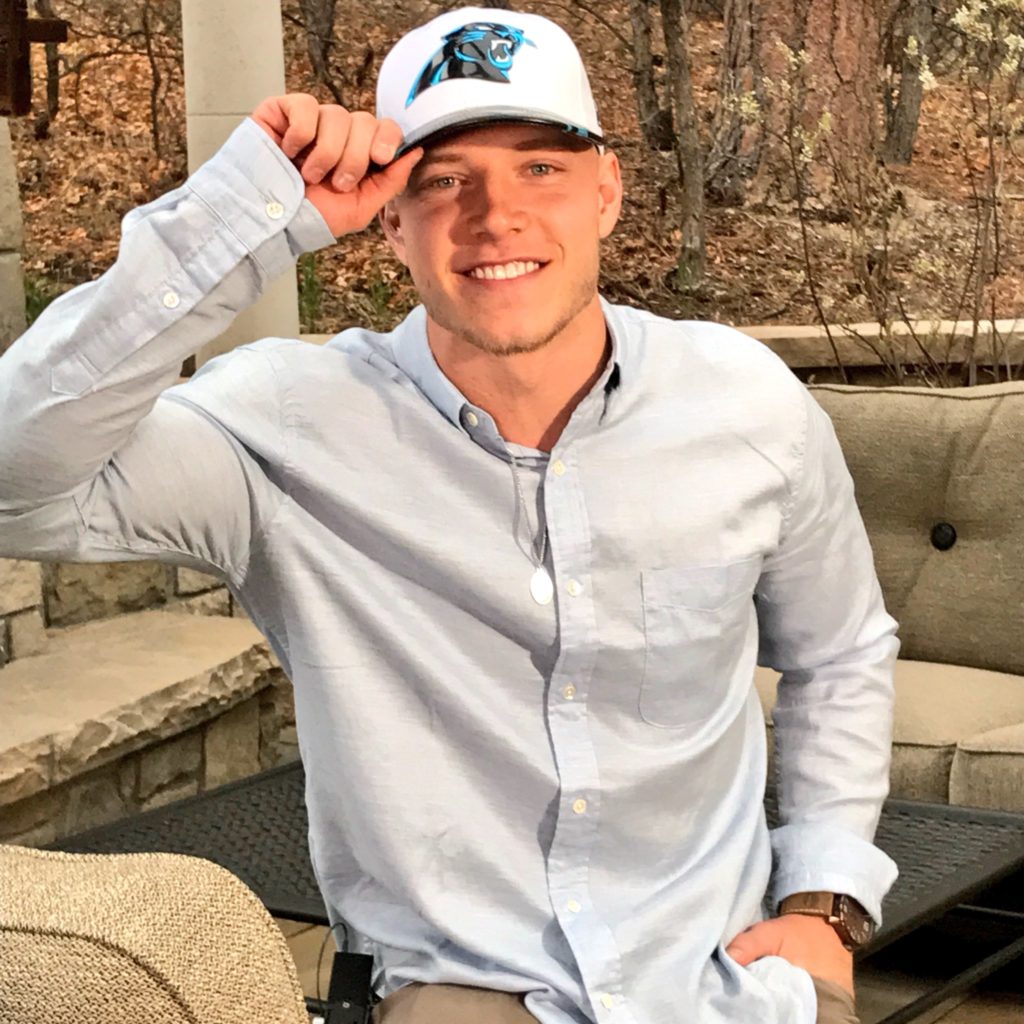 This year, self-quarantined at home in Colorado with his family along with girlfriend Olivia Culpo and her sister due to the COVID-19 pandemic that has altered reality for literally the entire world, McCaffrey won’t get to celebrate the new four-year, $64m contract extension that made him the face of the Panthers’ franchise and one of the highest-paid running backs in the league with his teammates – instead, he’ll spend this week beginning his virtual offseason on his computer at his parents house, the same place he entered the league a few years ago.

When he’s not trying to learn a completely new offense, he’s been busy raising money through his 22 & You program, a fundraising effort to support front-line medical workers including physicians, nurses and other hospital staff battling the COVID-19 pandemic in hospitals throughout the Carolinas and his hometown of Denver.

While he can’t get on the field with his teammates, he’s doing every single thing he can do to keep himself in the same shape that allowed him to play over 90% of the snaps each of the past two seasons and become only the third player in NFL history to have 1,000 yards both rushing and receiving in a single season.

“I think the biggest thing is you’ve just got to adapt,” said McCaffrey. “Everyone in the league is going through the same thing and however we prepare the best is how we’re going to be – we can’t start making excuses for ourselves just because we’re talking over a camera. I think it’s really important that we still train, follow all the workouts, take care of our bodies and do everything we can to be detailed in our playbook.”

That means when Joe Brady and the rest of the new offensive staff install new plays, McCaffrey goes outside and runs the routes assigned to him – and he’s got a built-in advantage…because he’s got two quarterbacks living with him. Little brothers Dylan, who helms the Michigan offense, and Luke, who just finished up his first season with the Nebraska Cornhuskers, are a lot more fun to catch passes from than the JUGS machine.

Told you that having athletic genes would be advantageous in more ways than one.

“I’m very fortunate with the setup here,” said McCaffrey, who has both a gym and a field to work out on. “I’ve been treating this like it’s OTAs, so for me, it’s been great.”

The Panthers began their virtual offseason program Monday morning – and to the players, although their meetings are being held via teleconference instead of at Bank of America Stadium, the days felt – as much as anything can feel normal these days – like a routine. First, a full team meeting with the coaching staff before breaking into position meetings with their individual coaches. And just like the above-and-beyond preparation that helped him grow into the best running back in the league in his first three seasons, it’s taken him all of one day to find another edge he can exploit.

“One good thing is the meetings are recorded, so you can go back and watch the meetings 100 times,” said McCaffrey. “There are some advantages to all this stuff and I think that’s important that we take advantage of the little perks in the system.”

It’s not quite football and it’s not quite being in the same room as his new teammates, but it’s something – and it’s a start. And it’ll have to do for the time being.

“Good to kind of be back in that football feeling – while we’re not in the [stadium], we’re as there as we can be.”