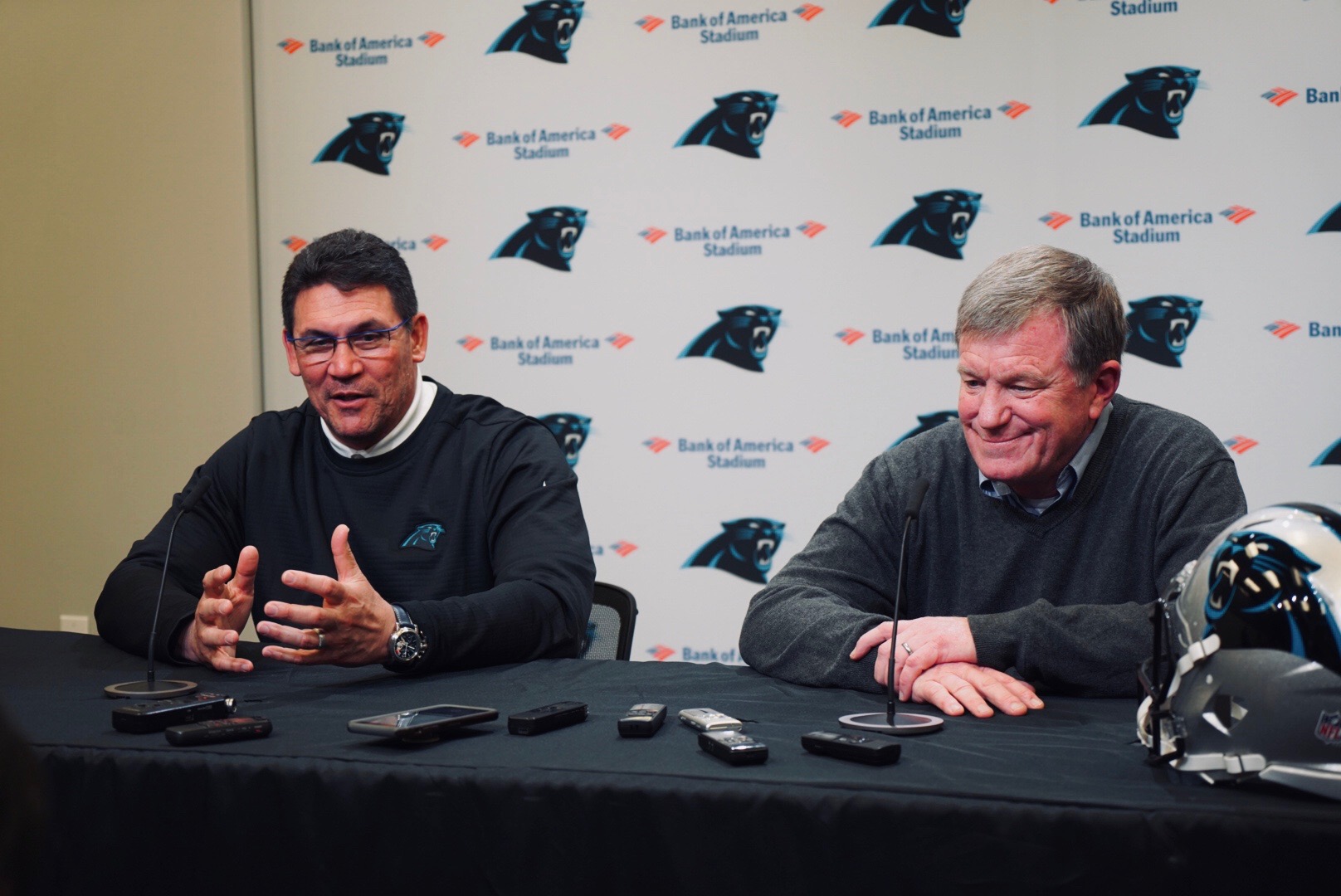 Marty Hurney and Ron Rivera entered the Bank of America press conference room eight days before the 2019 Draft, coming off of a 7-9 season with a quarterback about to turn 30 and a new owner who’s only impetus seems to be winning, and after a short pause, the general manager who is entering his 17th season – and second tenure – with the Panthers looked around the room at reporters.

“What do you think is, a firing squad?”

After rumors swirled at the end of the 2018 season that Rivera’s job may be in jeopardy, there has perhaps never been a more important draft for the Panthers to nail – with four picks in the top 100 and five in the top 115, there are plenty of holes for the Panthers to address in next week’s draft and questions that need to be answered before the Panthers roster will feel complete. The Panthers have made moves in free agency to address those questions by bringing back Daryl Williams and Eric Reid and signing Matt Paradis, Chris Hogan and Bruce Irvin – there’s been a clear focus on a few areas of need thus far, and that path will likely continue next week.

The draft may be one of their final chances to get some help as the Panthers had the least amount of salary cap space in the league last week; the move to restructure Luke Kuechly’s contract will free up some breathing room and there may be a free agent signing coming before training camp, but the impact a first round pick can make will be much higher.

Hurney has spent most of the past few months on the road at Pro Days around the country trying to ensure the Panthers are prepared to fill the holes still remaining on their roster – they still need defensive line depth, an impact edge rusher, could use more help on the offensive line and don’t really have a free safety on the roster as it stands today.

So how will they address those needs? 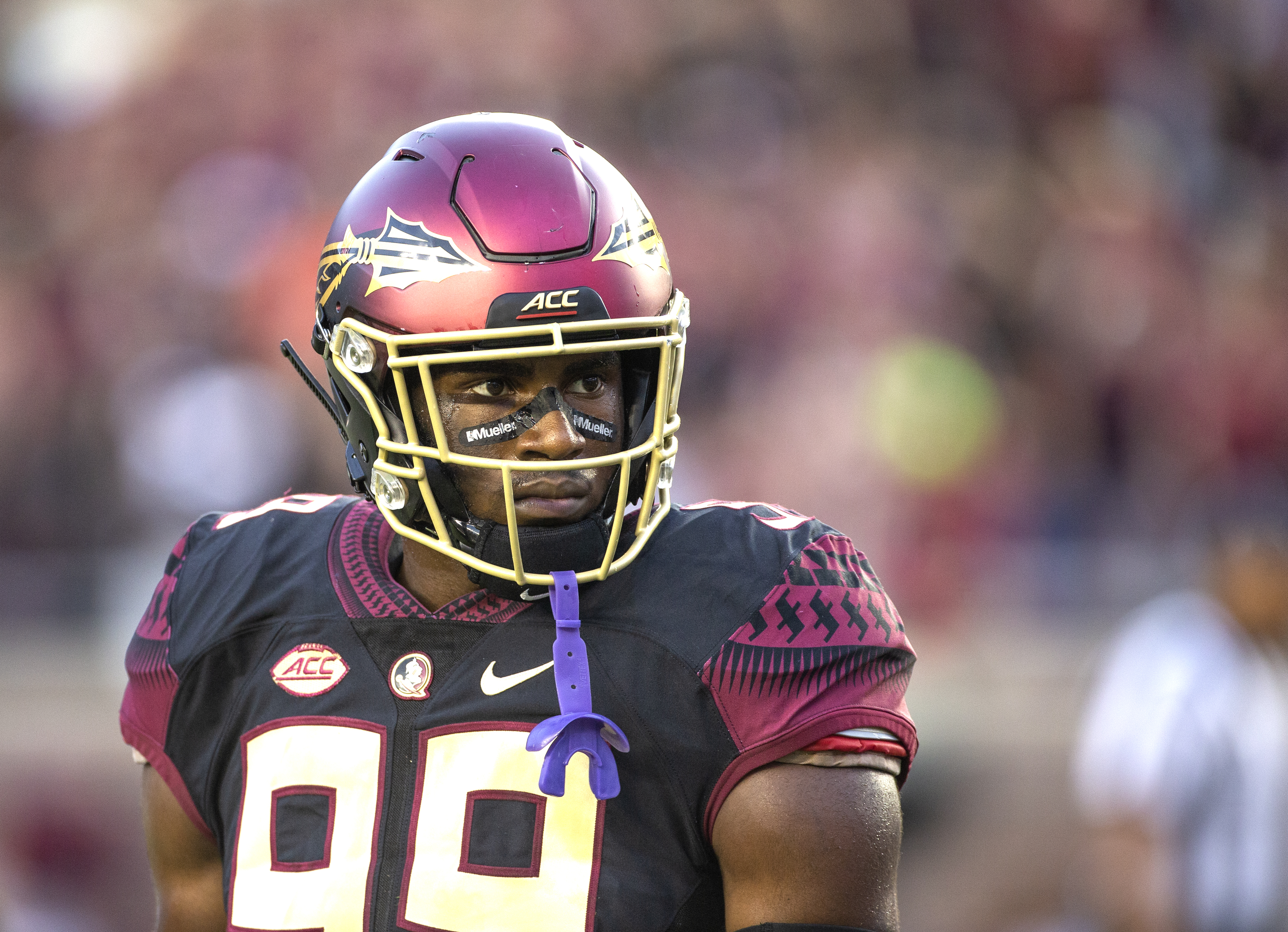 Questions To Answer: Can they find a dynamic edge rusher that can help improve a pass rush that was amongst the worst in the league during the 2018 season? How much of the three-man front will they use and do they have the personnel for it? Which of their young defensive linemen will make the leap to the next level in 2019?

What They Said: “There is a good group of guys that have that ability to give you some position flex as far as that is concerned. I feel really good about the guys that we’ve seen, when you put some tape on, you’ll see that there is a number of guys that have that ability to come off the edge, whether they are in a two-point [stance] or a three-point [stance], they still have the ability to stack back into the box as well. It’s a very well-rounded group and there’s a number of guys that people are speculating about, but you really never know until you get to draft day and then we’ll see what happens.” – Ron Rivera on the edge rushing class of 2019.


Possible Pick & Analysis: Some say an edge rusher as early as the 16th pick, but don’t rule out a 3-technique defensive lineman a little later. If the new defensive scheme is more 3-4 than 4-3, the Panthers don’t necessarily have the personnel as they’re a 3-tech short; they need to upgrade the pass rush and the return of Eric Washington to lord over the front seven isn’t enough, they’ll need to invest draft capital into the line.

Up Next: Offensive Line, QB and More…..