How Fourth-Round Pick Ian Thomas Made The Panthers’ Decision Easy 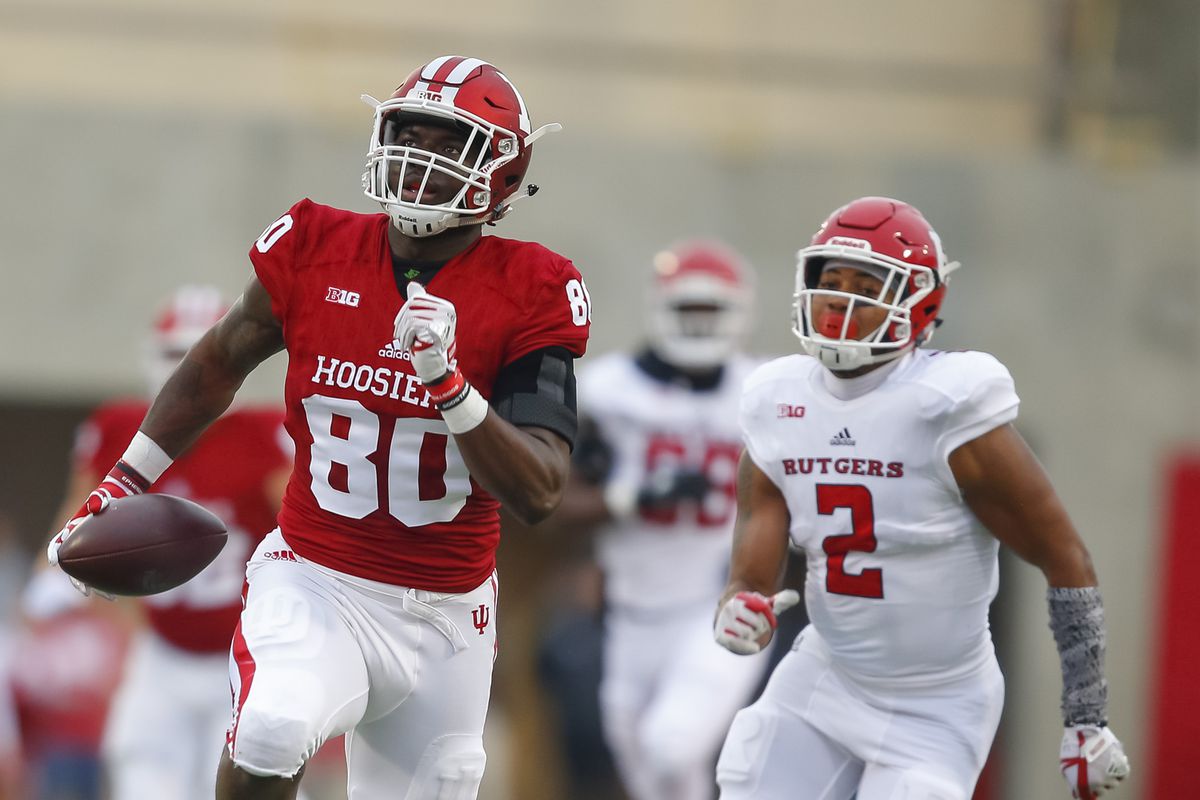 When the Panthers had the first pick of the third day of the 2018 NFL Draft, it was an easier decision than perhaps many thought. There were multiple directions the team could have gone in, addressing perhaps a defensive end or interior lineman or even a running back; with plenty of viable options on the board, owning the first pick of the fourth round for over 12 hours while other teams examine their boards and the players available is a nice spot to be sitting in. And the calls came in, fast and furious, as many teams tried to trade up to the 101st pick to get the guy they wanted; but after Marty Hurney and Ron Rivera had a chance to sleep on it, the decision to select Indiana tight end Ian Thomas was an easy one.

“We came in this morning knowing that we were probably going to stick and take Ian,” said Hurney immediately after the draft. “You get to know him, he’s a great kid. This is extremely important to him. That’s one of the things that you really like about him. He hasn’t taken really a traditional path even in college. He got to Indiana I think a week before their training camp started a couple years ago. He’s got all the skillset and with more experience and more time we think he’s going to be a very, very good football player.”

It turns out the other teams trying to trade up had the same goal; apparently, Thomas was the target for multiple teams when the fourth round began.

Thomas has had quite a journey to get to the 101st pick from his heart-wrenching upbringing in Baltimore, beginning on his eighth birthday when his mother died of kidney failure; it was the following year that his father, Earl, would suffer a heart attack and pass away. At less than ten years old, Thomas had moved more than five times with his eight siblings before his oldest brother, Clif Farmer, stepped in to take legal custody of Thomas and two of his siblings while the youngest four stayed with their grandmother.

“It was very hard to deal with, especially for me as a young kid,” Thomas told The Baltimore Sun last month. “I don’t really know how to explain the feeling, but I know it was hard for me to readjust my life when my parents weren’t there. As a 9-year-old, you have a bunch of questions, a bunch of love to give and get.”

When Thomas made it out of high school, he wasn’t recruited for his football skills, rather being brought to Nassau Community College in Long Island, New York for his size and athleticism with a basketball in his hands – he soon bulked up and became one of the top junior college tight ends while living in a six-bedroom apartment with 11 other football players – the next step in his journey would be transferring to Indiana University. He only had three receptions that first season at Indiana and played last season with poor quarterback play and an offensive line that struggled to hold off defenders long enough for routes to develop.

But in football as in life, Thomas persevered.

Starting 10 games and posting 25 catches for 376 yards and five scores in his junior season may not seem like enough to make his mark, but it was plays like this that caught NFL scouts’ eyes.

While the Panthers may not have been in the market for a tight end that could come in and contribute to the offense immediately (they already have one of those in Greg Olsen, who recently signed a two-year extension), a prospect that had the raw talent and skills but needed time and experience to grow into perhaps a game-changing tight end was exactly what the team needed. That Thomas’ height and weight (6’4, 260 pounds) are the exact same as Antonio Gates was not lost on Ron Rivera.

“Body-type yes, it looks the part,” Rivera said about Thomas. “He’s a physical guy. He catches the ball pretty well in traffic and he has good vertical speed. I think one of the comments they talked about how important that is in what Norv (Turner) wants to do. You want to be able to use two tight ends and stretch the field. With Greg’s (Olsen) ability to ability to get vertical and get open, you thrown another tight end to the mix that does it, now I think you’ve just helped your quarterback and you’ve helped your offense.”

“The exciting thing about it is you do see the potential for growth, but it’s not a shallow potential because you see the athleticism, you see the skillsets. It’s one of the things that Marty always talks about, as scouts they’re looking at skillsets, and as coaches you hear about the skillsets then you say OK, do they fit what we do? Well, this young man has the ability to fit into what we and I’m excited because, I don’t know if you guys got to see, but the highlights they put up there I thought really optimized why we took him. We saw him make the catches, we saw him with a good catch radius, you saw him catch the ball over the top. You saw the one block that he made. This is a guy that can do it all. He’s going to be a work in progress obviously, but if he’s as dedicated as he was at Indiana we feel pretty good about it.”

While Thomas says he feels strong about his ability to block in the NFL, he knows he’ll need to add some muscle to compete with defenders; tight ends don’t usually get a chance to do much blocking in college, so it’s hard to tell, but what he has shown on tape has impressed both Hurney and Rivera. Thomas has heard the comparisons to Gates as well.

“Definitely. I think it’s very possible,” Thomas said after being drafted. “Like everyone was saying, I have great potential and a lot of space to work with to get better. I will take the challenge and hopefully I’ll fill those shoes and maybe be greater.”