Inside Ikem Ekwonu’s Journey Through The Preseason 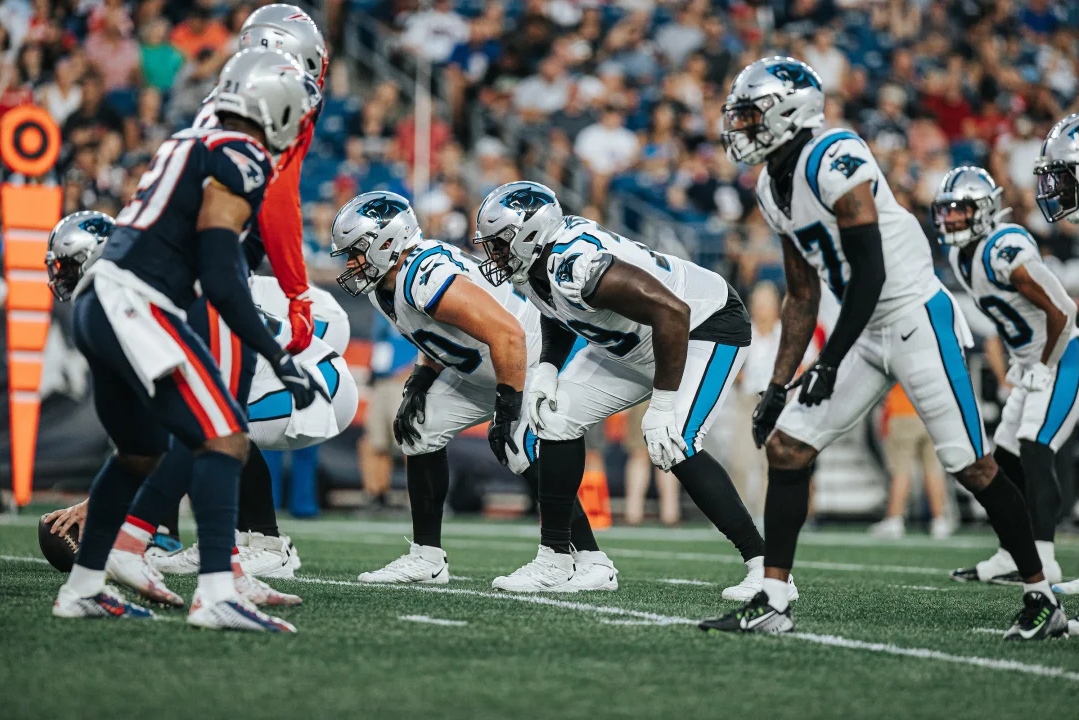 At this point, the days of Jordan Gross feel like a mythical legend passed down by generational Panthers fans. The left tackle spot has been a revolving door since 2014, with the latest candidate being 2022 first-round pick from NC State Ikem “Ickey” Ekwonu.. The sixth overall pick has been active this preseason, taking starting reps in Saturday’s game against the Patriots and is a frontrunner to be the one thrown into the fire facing Myles Garrett in the Panthers’ opener.

So, for this piece, we’ll take a look at Ekwonu’s two (preseason) games of NFL action to date, and the numerous highs and numerous lows one would expect from a rookie. 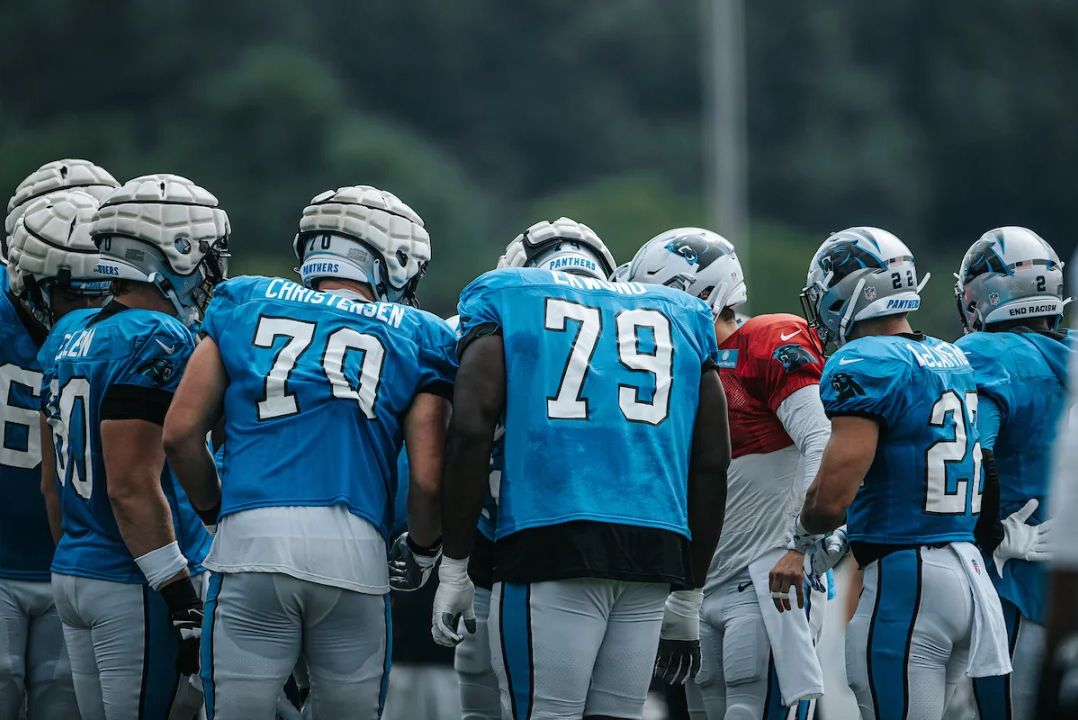 I wanted to get this play covered first because it’s the play everyone’s talked about. Patriots safety Kyle Dugger (No. 23) got the attention of many for giving Ekwonu his “welcome to the NFL” moment here, but something about it is off.

While Ekwonu, pulled to block upfield, gets thrown off balance, he actually did his job on this rep. Dugger gets points for the flashiness, but the physicality makes him no less closer to tackling Chuba Hubbard. Ekwonu’s job on this play is to seal the edge for Hubbard, and in spite of how ugly it looked, he got the job done.

As we’ll explore later in the article, Ekwonu struggled in his matchup against the Patriots, and there are a handful of plays that can be highlighted as such. But personally, I just wouldn’t use a play where his presence created a first down on a third and short as a shot at his play.

With that out of the way, let’s take a dive into the rookie’s abilities in the run game, as there is plenty to like. 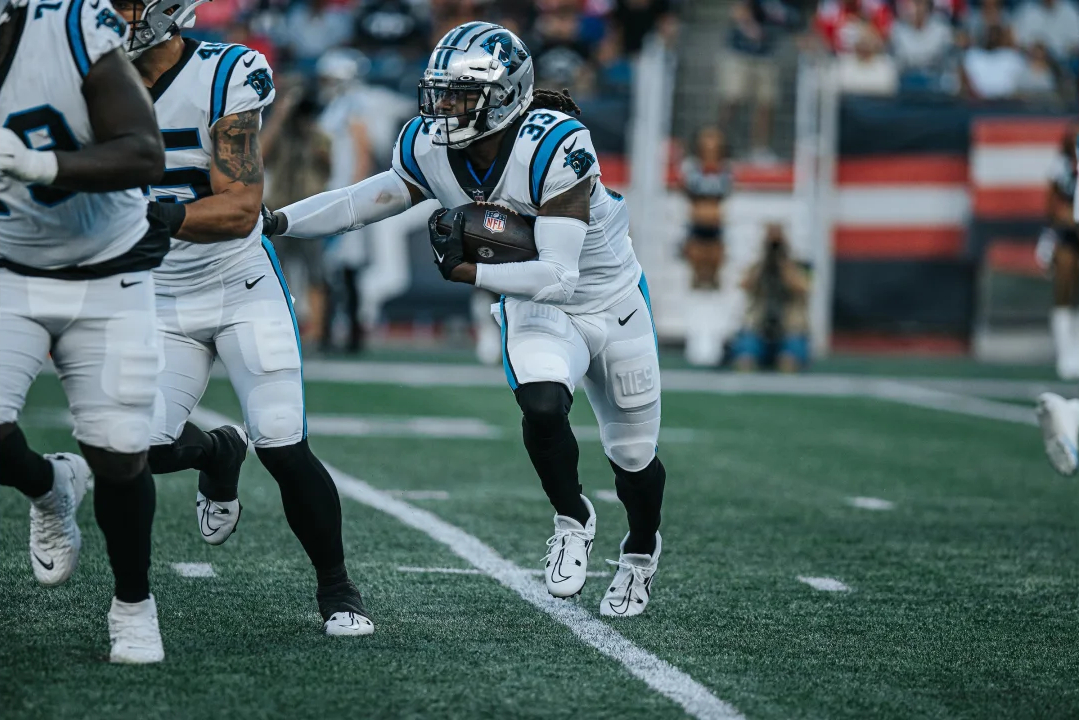 From the very first play from scrimmage, we can see why the Panthers drafted Ekwonu. Matt Rhule has a fixation on getting Christian McCaffrey back to All-Pro form and running the football, and the rookie was lauded for his run blocking in college.

Here, Ekwonu is again pulled out on a zone block and has to clear a path for D’onta Foreman. The majority of the run protection can’t do the same, but Ekwonu uses a devastating stiff arm on corner Jonathan Jones in a raw display of power. He did his part in sealing the edge in spectacular fashion even when the rest of the line could not.

Similarly, Ekwonu gets another good run rep in here against the Commanders’ defensive front, though the play ultimately results in a run stuff beyond his control occurring near the line of scrimmage. Still, notice the power he gets by using his lower body before using rocky movement to come up and keep the edge sealed. That’s going to continue giving him first team looks as he develops, and he’s had little trouble as a run blocker.

On the other hand, Ekwonu’s struggles have come from his pass blocking, a familiar song and dance for Panthers fans. It’s definitely too early to write him off for setbacks because of his rookie status, we’re just keeping these plays in mind in the hopes that he’ll get up to the NFL speed and refine his craft. 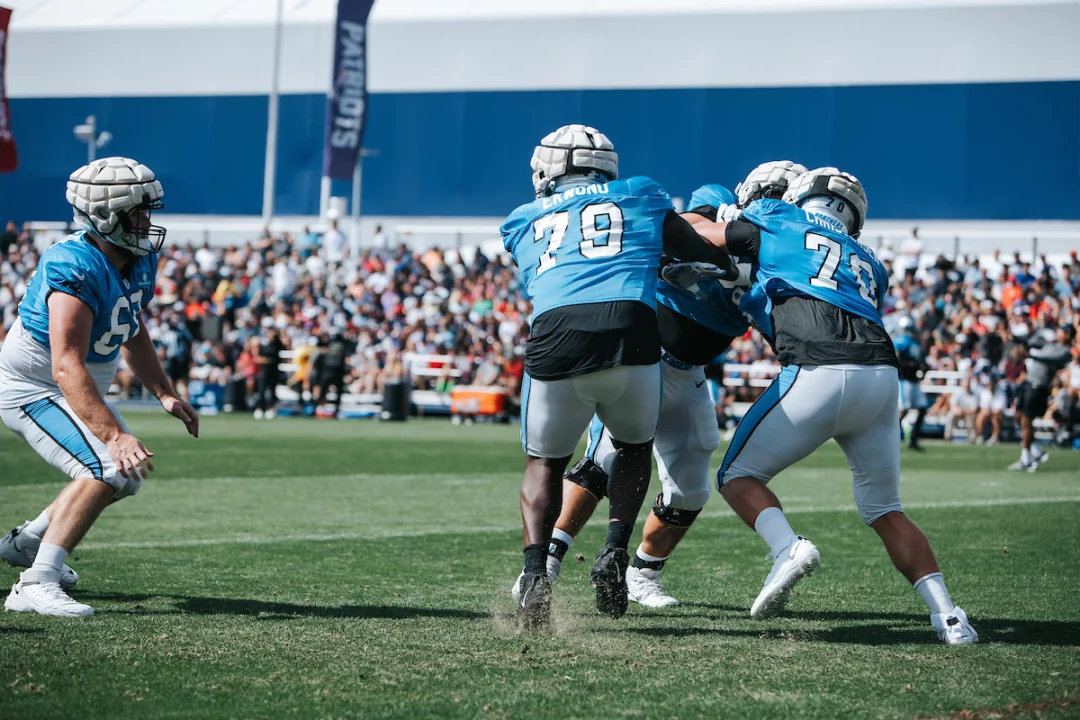 A play like this shows the importance of teamwork on the offensive line: If one player messes up his job, the quarterback is in danger. Here, the Patriots’ pass rush tosses a stunt toward the left o-line. Brady Christensen is able to handle the stunt in time, but Ekwonu isn’t quick enough, allowing Deatrich Wise to claw his way to P.J. Walker and take him to oblivion.

It didn’t get easier just after, as another sack was allowed on the youngster’s hands.

In fairness, the Panthers offense was facing a 3rd and 28, so the drive wasn’t going anywhere outside of a few yards for punt position. But it’s a play that shows the journey Ekwonu must go on to improve his technique against the pass rush.

Josh Uche (No. 55) attacks the edge with a full-on speed rush combined with a nifty bend, and Ekwonu simply wasn’t quick enough to counter it. His lower body looks a bit flat, making the attempt to combat the bend a bit awkward. There’s always a chance for the mechanics to get better with practice, but the growing pains are obvious.

Ekwonu has shown impressive quickness off the snap, but perhaps it’s a little too quick at times. Looking at a couple plays, I felt he could’ve gotten called for a false stat here and there, but the officiating crew let it slide. If he can just get the timing a bit more refined, then that part of his skill set is golden. 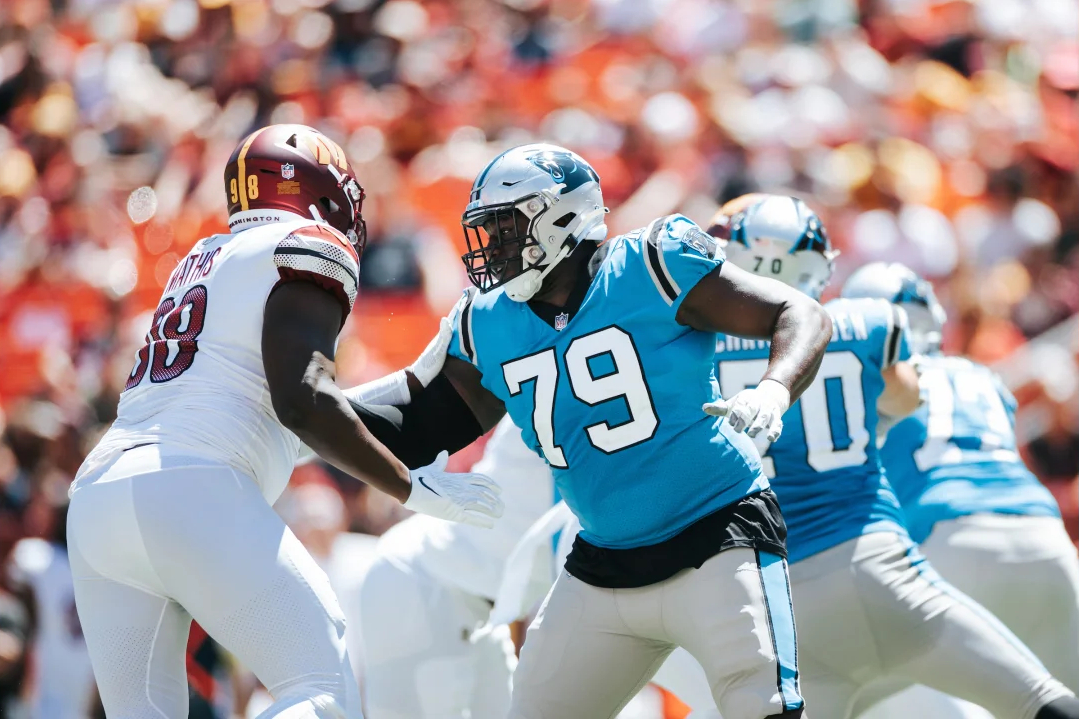 Though the execution in pass protection hasn’t always been pretty, that doesn’t mean the effort isn’t there. Ekwonu does well to use his lower body, plant his feet, and hold off the power rush for Walker. His footwork looks much more natural on this snap, making the effort to fight against the rush smoother.

And again, because of the more natural footwork, Ekwonu’s play on this next rep results in a clean block. He counters the effort to go inside with quick, stabby hands, which also prevents the edge rusher from attempting a swim move outside. With this, he’s able to protect Walker’s blind side, and the theme of congruency shows up on the offensive line as the quarterback makes a nice pass in a clean pocket. 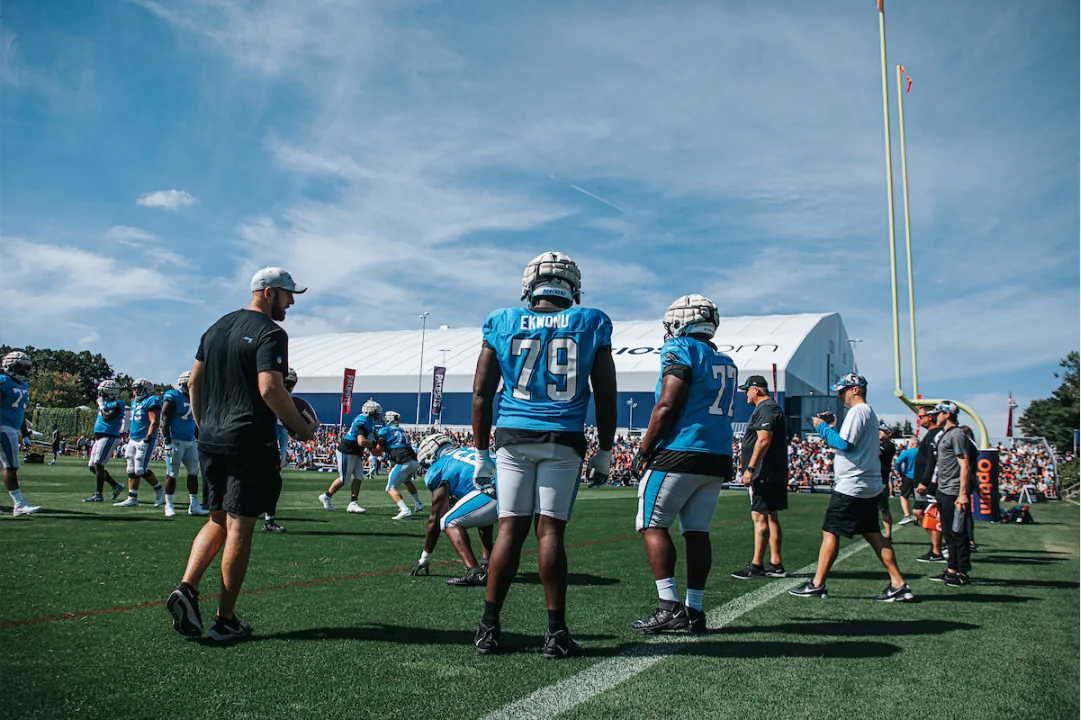 Overall, Ikem Ekwonu has done well as a run blocker, but he’ll need to work on his quickness against the pass rush and timing off the snap count. The NFL is a different beast for anyone making the leap from college ball, some figure it out and many do not. This is not to say Ekwonu never will, but rather that there’s plenty to like and plenty to polish up on.

As the final week of preseason approaches, so does the puzzle to the Panthers’ left tackle riddle. Will Ekwonu be able to solve that riddle? Only time will tell.