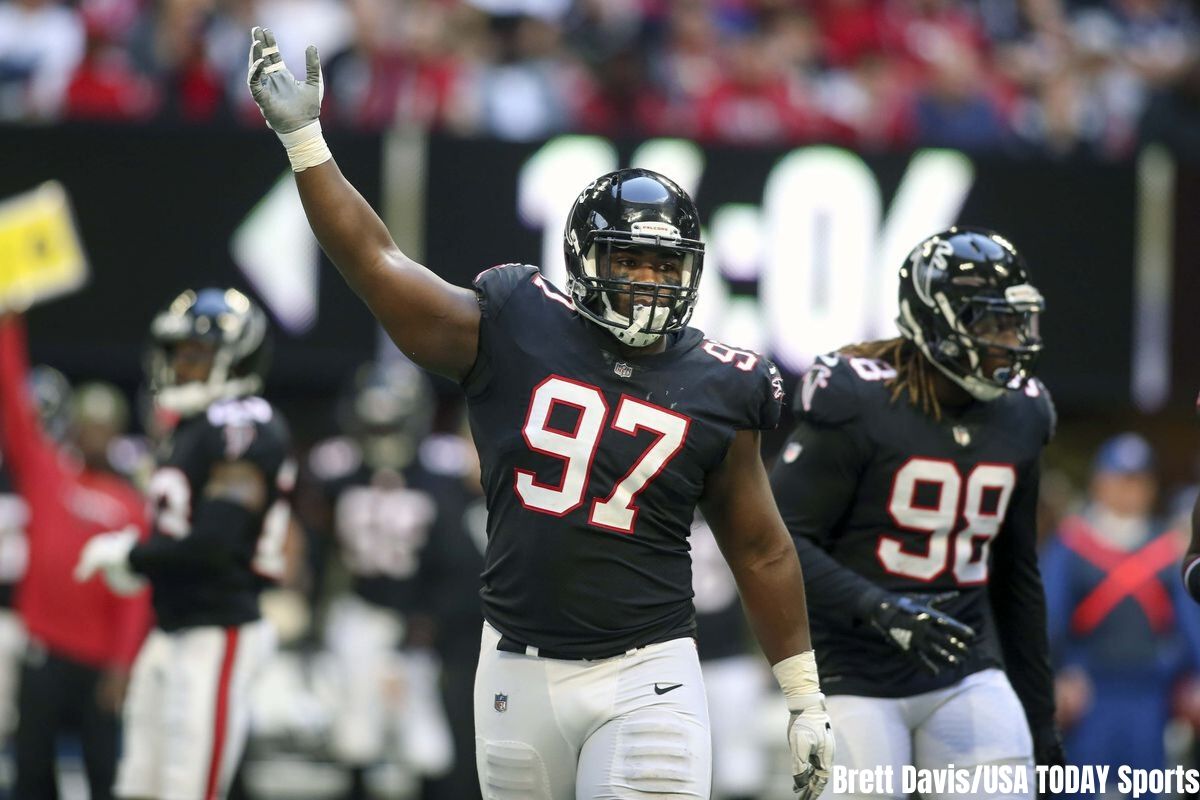 If you thought this upcoming game against the Falcons would be easy, you might be making the same mistake the Saints made last week.

By some bizarre, lighting-struck miracle, the Falcons crushed the Saints at the Superdome by a score of 26-9. Drew Brees was healthy, Alvin Kamara was healthy, Michael Thomas was healthy, but the New Orleans offense suffered a beatdown of underestimated proportions. Atlanta’s defense, which only produced seven sacks in the nine weeks prior, had six sacks against a New Orleans offensive line that has generally been one of the league’s best in 2019.

So just because this is a Panthers home game does not mean it’ll be an easy victory, especially if the Falcons pass rush has it’s way for a second straight week. Divisional matchups are random and sometimes lesser teams can have the upper hand, so Carolina needs to be ready against a pass rush that could rise up and cause trouble.

Kyle Allen has been sacked 23 times in seven games, at least twice in each contest.

The key cornerstone of this pass rush is, of course, defensive tackle Grady Jarrett, who was recently extended this past offseason. Jarrett had a huge game, with 2.5 sacks and five QB hits. A team getting five QB hits on Brees is extremely rare, yet one guy was able to get that done.

We’ll get to Jarrett’s day later. For now, let’s detail what exactly went right for the Falcons pass rush last Sunday in this week’s Job Number One as the Panthers get ready to face off this Sunday against the dirty birds.

First let’s take a look at this sack from De’Vondre Campbell, who is being highlighted above by a light blueish arrow. This occurred on the Saints’ opening drive, one where they easily could have scored a touchdown on the goalline. But Campbell’s efforts ceased this opportunity.

I can’t remember the last time Brees had this little time in the pocket; It just feels like something that doesn’t happen! And against a Falcons pass rush that coming into this game was easily one of the league’s weakest, you’d expect the Saints OL to hold up. But Campbell’s pressure gives Brees zero time to reset and continue to go through his progressions.

I’m not sure what exactly left guard Andrus Peat is doing on this play. Terron Armstead makes the correct decision on the stunt by leaving Clayborn up to Peat while Armstead focuses on Jarrett, it just seems like Peat moves too slow to react, which explains why he’s caught off guard when Clayborn drills him on his way to Brees.

Now let’s get to the meat and potatoes of this week’s Job Number One: Grady Jarrett. Jarrett, as aforementioned, had 2.5 sacks and five QB hits against the Saints offensive line. Obviously since the 2.5 is there this means the sacks took place on three individual plays, which we will look at in this piece.

Jarrett’s first sack was split with Vic Beasley, but it’s the interior pass rusher’s efforts that stand out far more on this play.

As evident by this clip, Jarrett is a tank. His power and well balanced feet on this play get him around left guard Will Clapp, and his awkward but useful angle here helps take down Brees for the sack.

This play highlights Jarrett’s second sack, and upon an initial look it seems like an ordinary coverage sack.

While the Falcons defense plugs in all the potential holes on this play, Jarrett’s efforts should also be commended.

This is a double-team that Jarrett has to find his way around. That no one can get open initially definitely aids this, but he didn’t simply find a hole after Brees’ first read failed; instead, he worked his way around an initially well blocked gauntlet, stomping his way to a second sack.

Finally, let’s look at perhaps Jarrett’s best play of the afternoon, one where he grants no mercy and opens the floodgates.

Jarrett is an aggressively violent pass rusher. His one step counter is quick, deadly, and opens up a huge hole in the A-gap. He smacks the left guard’s hands with authority, wiping them away from the picture as he takes Brees down for a third and final time.

You don’t normally associate the Falcons pass rush as a dangerous unit, but last Sunday they sure as hell played like one. Especially with the constantly cycling issues on the left side of the Panthers offensive line, a lot can go wrong for Carolina if they play with the same sloppy level of discipline the Saints did in Week 10.

To avoid this hazard, Grady Jarrett needs to be shut down. He’s one of the most underrated pass rushers in the league, capable of taking over games and bringing the heat with deadly counters, quick feet, and a dangerous swim move. He’s excellent against both the run and pass, so this isn’t a one trick pony we’re dealing with here.

Shutting down Jarrett will make things significantly easier for the Panthers offensive line, as the Falcons don’t have much else in the way of proven talent on the pass rush. But if Jarrett isn’t contained, we could see another huge day for that unit.